After two decades, flashbacks to another impeachment trial 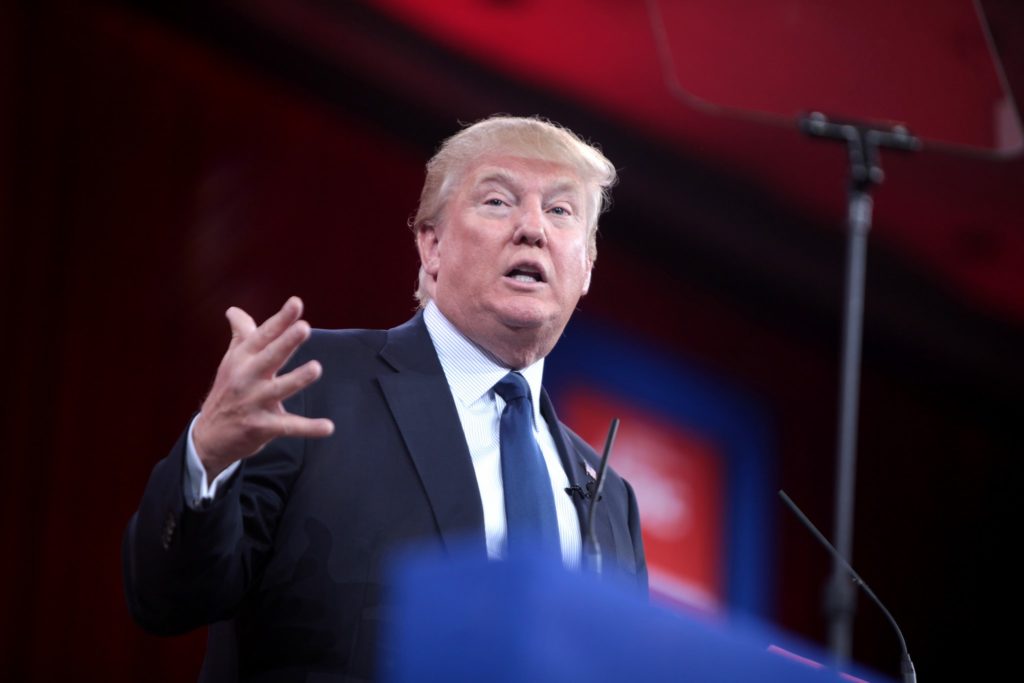 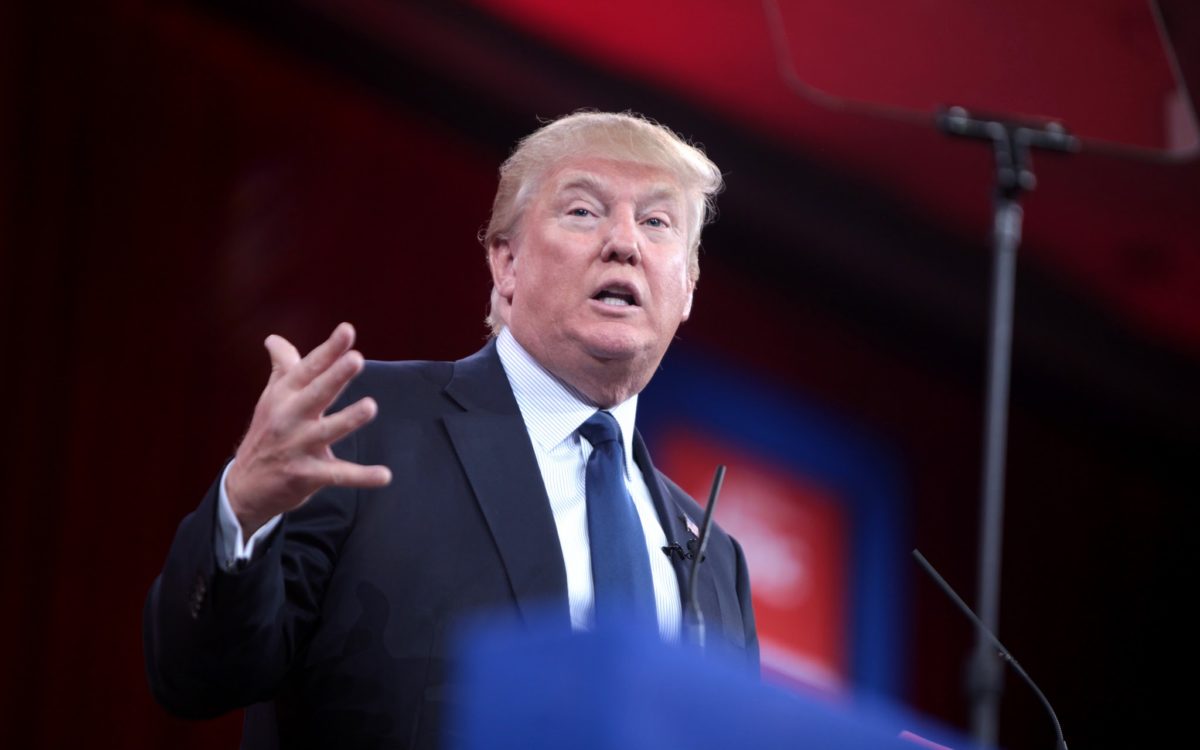 Almost exactly 21 years ago I had a front row seat to the last time the nation endured an impeachment trial. At the time, I was a reporter for the San Francisco Chronicle in its Washington bureau. I had already covered the House impeachment hearings and for weeks sat in the U.S. Senate gallery reporting on the trial of President Bill Clinton, presided over by then-Chief Justice William Rehnquist.

The parallels with what is happening today are hard to miss: “The trial begins with only the barest of road maps,” I wrote on the first day of arguments in the trial – on Jan. 14, 1999. “Still unclear is how long it will last, whether the Senate will call witnesses, or what the Republican strategy is in pursuing a case that almost certainly will not result in a conviction.”

Clinton’s lawyers, in their brief to the Senate, accused Independent Counsel Kenneth Starr of “engaging in an unauthorized attempt to gather embarrassing information about the president” long before reports about his relationship with Monica Lewinsky surfaced a year earlier. Remarkably, Trump has resurrected Starr as one of his attorneys.

As we in the press gallery, along with the rest of the nation, suffered through the more than month-long ordeal, the outcome was predictable. Even though the Senate was controlled by Republicans, 12 Democrats would be needed to convict Clinton — fewer than the 20 Republicans needed to convict President Trump. Then, as now, that possibility seemed out of the question.

At the time, I felt privileged to be experiencing an exceptionally rare event in American history — the first impeachment trial in 130 years. After it was over, I also felt that this would not happen for many more years, in part because of the political damage it inflicted on both parties and the wasted energies it had consumed.

But here we are, only 21 years later, poised to repeat that same exercise.

Being a witness to history should have been enough to imbue the proceedings with drama and excitement. Yet after a few days of listening to a repetition of familiar arguments on both sides of the conflict, tedium began to set in

All in all, it was a truly depressing experience, mainly because of the political oxygen the proceedings consumed. The work of the federal government effectively came to a halt, despite Clinton’s attempts to project an air of normality.

On the day before the trial began, Clinton pointed to “900 constitutional experts” who argued that what he was accused of did not warrant removal from office, a mirror image of the nearly 900 historians and legal schools backing the impeachment of President Trump.

“I think the American people would like it if somebody up here was putting their interests first, their business first, and I think that’s what they expect me to do,” Clinton said.

On the day the trial opened, Clinton was in New York meeting with Rev. Jesse Jackson and Wall Street executives. Echoing what Clinton did, Trump is in Davos today, a rare instance of an attempt to distance himself from the impeachment saga.

For days in 1999, we had to sit through embarrassing details of Clinton’s sexual encounters with White House intern Monica Lewinsky, with presentations from Rep. Lindsey Graham, then a mere representative from South Carolina, and other managers from the House, who made unfamiliar appearances on the Senate floor.

Near the end of the trial, retired Democratic Senator Dale Bumpers from Arkansas came in to make an especially compelling plea against conviction. He joked with his former colleagues about the rarity of speaking to all 100 senators at the same time, representing “the cumulative audience I had over a period of 24 years in the Senate.”

In today’s impeachment trial, there are differences from the Clinton trial. For one, the political dynamics are reversed. The House is controlled by Democrats, led by Speaker Nancy Pelosi. Then, Newt Gingrich was Speaker of the House which Republicans had controlled for less than five years after four decades of Democratic rule.

At the time, it was not known that Gingrich was himself having an affair with Callista Bisek, then an aide to Rep. Steve Gunderson, a moderate Republican from Montana. In hindsight, that might have helped explain Gingrich’s generally low profile during the impeachment hearings itself.

The Senate was also controlled by Republicans, but unlike in 1999, the president is also a Republican. That makes it even more unlikely that the Senate will vote to convict him.

What is also different is that despite the intense fractiousness that Gingrich, in particular, brought to the chambers — arguably helping to lay the foundation for the Trump-era combativeness and today’s impeachment trial — there was more communication and bipartisanship, at least in the Senate. Senate Majority Leader Trent Lott and Minority Leader Tom Daschle actually worked together to come up with a game plan for the trial that all 100 senators supported.

And unlike Trump, who denies all wrongdoing, Clinton apologized for his actions.

Just before the impeachment hearings began, Clinton appeared in the Rose Garden, and said, “Mere words cannot fully express the profound remorse I feel for what our country is going through and for what members of both parties in Congress are now forced to deal with.”

“What I want the American people to know, what I want the Congress to know, is that I am profoundly sorry for all I have done wrong in words and deeds,” he said. “I never should have misled the country, the Congress, my friends or my family. Quite simply, I gave in to my shame.”

It is impossible to imagine Trump saying anything remotely along those lines.

Despite his contrition, Clinton’s attorneys argued that what the president had done did not rise to an impeachable offense — as Trump’s attorneys are now doing. “The (House) managers have constructed, out of sealing wax, string and a spider’s web, a theory that would lend to a series of otherwise innocuous and indeed exculpatory events a dark and sinister cast,” said Charles Ruff, who led Clinton’s defense team.

The distinguished presidential historian Arthur Schlesinger said the charges against Clinton related to “lies about his sex life.” Impeachment, he argued, should be reserved for “grave and momentous offenses.”

In the light of history, the charges against Clinton do seem much less serious than those against Trump, and far removed from the treason, bribery and high crimes and misdemeanors that the Founding Fathers had in mind.

But the outcome of the Trump trial will be the same — acquittal — leaving unresolved what kinds of offenses warrant a president being removed from office, at the same time inflicting painful wounds on the body politic.