As a public-school educator who is African-American, I am keenly aware of what it means to be a student of color within the public school system and the role institutional racism has played. 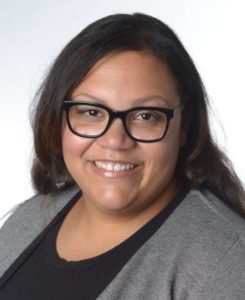 We have faced decades of funding and resource inequities, which have left our current public schools in marginalized communities unable to fully serve their students. Historically, acknowledging these inequities can lead to strategies to combat institutional racism in our schools and across the country.

The last 20 years of exploding charter school growth in communities of color also make it clear that many proposed solutions can have serious negative consequences for the overwhelming majority of public school students. The time is now for our elected leaders in Sacramento to pass laws to support students by curtailing the worst parts of this broken, decades-long experiment.

Often within the conversation of supporting communities of color, school choice and specifically charter schools frequently are presented as the answer. When looking at institutional racism within public education, instead of being the panacea for children of color, more often than not the charter school industry actually leads to worsening conditions for a majority of students of color. This is because many school districts in California, whose students are overwhelmingly students of color, are in crisis mode: seeing upwards of a 200 percent growth in charter schools, lacking facilities and averaging hundreds of millions of dollars in fiscal impact directly attributed to this growth.

I taught both 3rd grade and kindergarten in South Los Angeles at Angeles Mesa Elementary and during the years I was there multiple new charter schools popped up surrounding my school. I saw firsthand how our families of color were lured away by the promise of free tablets for their kids, nicer uniforms and so-called college readiness. I hugged parents as they brought their children back to my school, feeling devastated that their child had been kicked out of one of the charters or their children found themselves in schools with higher class sizes and less student support. Some of my families had even been misled to believe that the new charter school was their new home school.

The original intent of charter schools was to be educator-driven incubators of change where innovations that lead to student success could be shared with all schools within the public school system. Here we are 20 years later and instead of sharing methods, many traditional public schools in communities of color find themselves competing for resources, having disproportionate numbers of students with high needs and having larger populations of English learners. All this while for the most part charters are performing about the same as traditional public schools.

Charter schools tend to be more segregated and the industry has been riddled with controversy such as school closures and mismanagement of funds. One study shows that confirmed fraud and waste in California charter schools has reached more than $149 million, while another more recent study shows that nearly four in 10 charter schools nationally that received federal funding over the past five years either never opened or have shut down: a total of 306 schools.

We are seeing that even when a small group of students of color in some charter schools show improvement, it’s to the detriment of the majority of students seeing resources siphoned off by a broken system. Charter schools were intended to be laboratories of innovation to benefit all students in the public school system, not silos to further segregate and isolate students based on race and income.

California can do better! It is time to uplift all schools and to reject a toxic competitive environment where schools are pitted against each other. Collectively we need to fix the funding issues within California, allow districts more discretion in charter oversight and authorizing so they are not put in crisis mode like LA, Oakland, San Diego and Inglewood. Why would families of color want to put their faith in schools led by businesses that are intent on privatizing schools and leaving our neediest students out? That is not the solution for the real systemic change that needs to happen in order to fully address institutional racism. All of our students deserve better.

Erika Jones has taught elementary school in the Los Angeles Unified School District for 14 years. She is on the board of directors of the California Teachers Association and a member of the Charter Task Force.

The opinions expressed in this commentary represent those of the author. EdSource welcomes commentaries representing diverse points of view. We are running a series of commentaries on all sides of the charter school controversy, which has emerged as one of the most contentious issues on the education reform landscape in California.  To read other commentaries, check out our commentary section. If you would like to submit a commentary, please review our guidelines and contact us.