State board of education president, and governor’s ally, leaves mark on California education 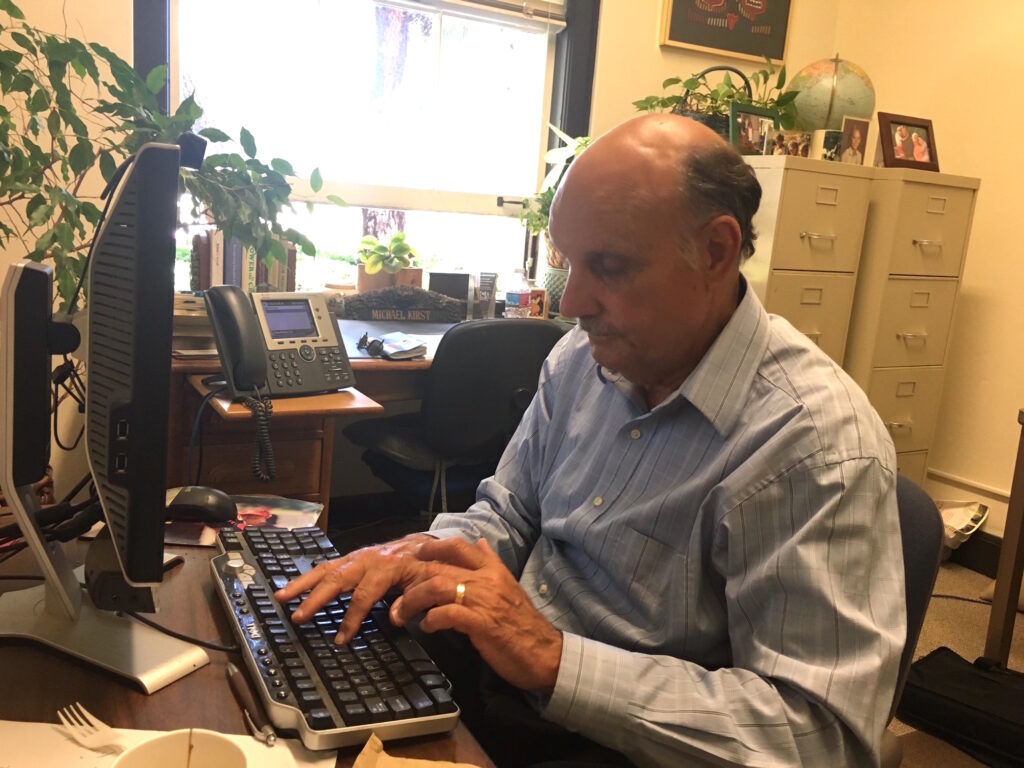 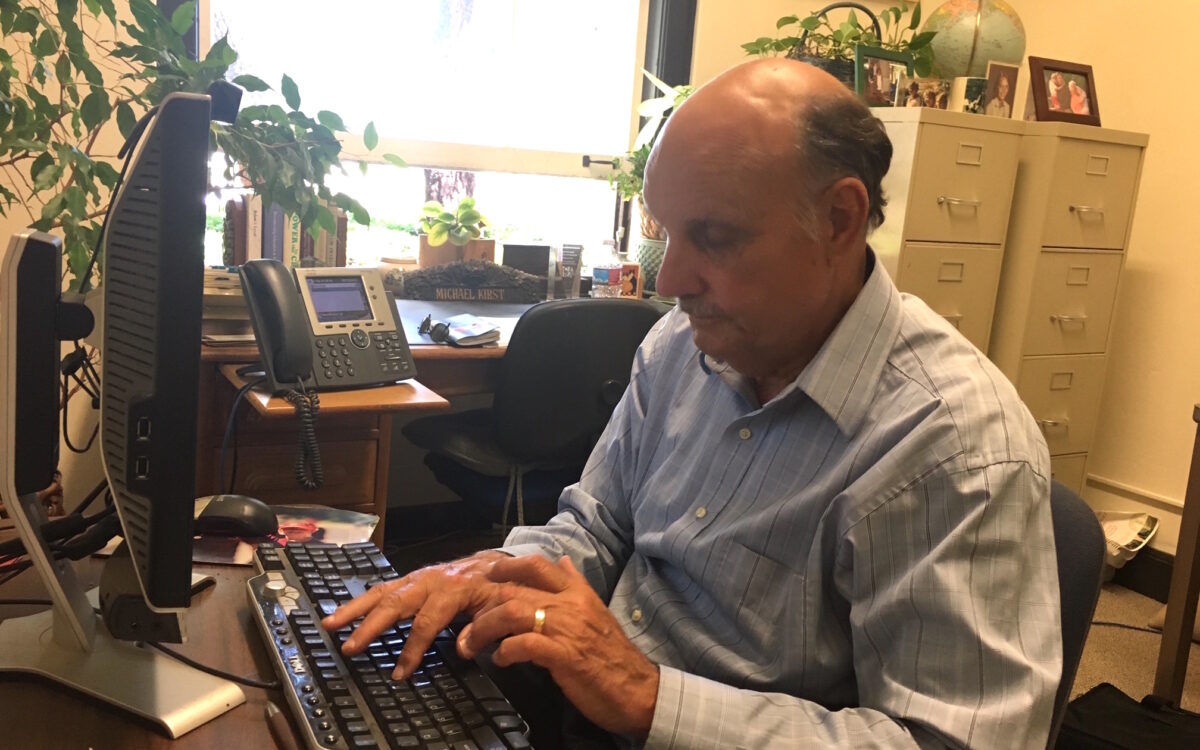 At the State Board of Education meeting in Sacramento this week, Michael Kirst will finish up his most recent eight-year tenure as president, a role he also played during Jerry Brown’s first term as governor more than 40 years ago. His two stints as president — in the 1970s and the 2010s — make Kirst the longest serving president in California history of a body endowed by the state constitution with the power to set education policy.

But his longevity in office is far from the top of Kirst’s many contributions to California’s education landscape. The volume of education policy reform adopted just in this one eight-year period — his most recent tenure as president — is likely unmatched in California’s history.

Most important for Brown in this reform is, in his own words, “the devolution of more authority to the local level … and the re-recognition of the importance of the teacher.”

In an attempt to achieve the proper balance of local autonomy and accountability, the State Board of Education under Kirst’s leadership also adopted new academic standards in almost every major subject: English and Math, Science, History-Social Studies and Computer Science.

When asked now to define what explains the success in California’s education arena, Kirst frequently responds with the phrase: “patience, persistence, humility and continuous improvement.”

Whoever takes over as State Board President could benefit from understanding the genesis and wisdom of this mantra to help continue and expand upon the last decade of advances in California K-12 education.

Kirst’s decades-long focus on and his key role in the 2013 enactment of California’s Local Control Funding Formula (LCFF) exemplifies patience and persistence.

The funding formula replaced a chaotic, incrementally developed and little-understood state approach to funding schools, complicated by the top-down regulatory details of more than 80 targeted state programs that provided a significant share of funding for school districts.

The new formula is intended to improve students’ academic outcomes by increasing funding to all districts and by, among other things, sending more money to those serving large numbers of high-needs students, putting local educators in charge of how the monies are used and ensuring that evidence is available to communities about how well those decisions are working.

Kirst has been deeply immersed in school finance and governance for over 50 years. Starting in 1964, with a Harvard doctorate in government and economics on his resume, Kirst landed a budget examiner position at what was then called the U.S. Bureau of the Budget (now the Office of Management and Budget).

In that role, at the age of 25, Kirst worked directly with President Johnson when he decided to fund his new Elementary and Secondary Education Act administration for a total of $1 billion, making Title I of that Act the federal government’s largest budget appropriation for K-12 education, a distinction it still holds. The program targets additional resources to school districts with a concentration of children from families living in poverty.

In the 1970s Kirst, by then at Stanford’s Graduate School of Education, hammered out with a colleague a weighted-funding formula for Florida’s schools. This approach remains at the core of Florida’s funding for these schools. California’s Local Control Funding Formula is similar in many regards to what he helped create in Florida.

Then in 2008, we see a more explicit framing of the major components of the LCFF in an issue brief by Kirst, UC Berkeley School of Law Professor Goodwin Liu and Alan Bersin.

Kirst’s evolution from an architect of “categorical” programs at the federal and state level to an advocate for local control and strong standards-based accountability shows his commitment to “humility and continuous improvement” mixed with evidence-based knowledge and political adroitness.

A particularly important inflection point in this transformation — and certainly a lesson in humility — was Kirst’s and then-Mayor Jerry Brown’s failed attempt to impose mayoral control over ailing Oakland schools. They grew to believe that federal and state governments had overreached with a mishmash of requirements, stultifying the creativity and innovation of teachers and local school leaders — a recognition that transformed their thinking as they began Gov. Brown’s second term.

When I talked with Gov. Brown last Friday, I asked him what over the past four decades Mike has helped him learn about education policy. “I like to distinguish between those who live in advocacy and those who live in inquiry,” Brown responded. “Yes, we can have a little of both, but you need a very strong measure of inquiry to take account of life and its many complexities. Michael’s been a good partner in that endeavor.”

While humility might be part of Kirst’s mantra and personality, those who have worked most closely with him tend to be effusive in their praise.

Across the spectrum of academics, journalists and policy movers-and-shakers, Kirst is known for his insatiable curiosity, eagerness to listen, breadth of experience, pragmatism and, above all, his hard-working, low-keyed, down-to-earth and non-abrasive style — often with a sly dash of wit.

Former dean of Stanford’s Graduate School of Education Deborah Stipek says “Mike is better in bringing research to policy probably than anyone else” in part because, “he understands the whole terrain, the cost and the benefits, the competing interests and the politics.”

Even those who at times are on the other side of policy debates praise Kirst’s style and accomplishments. For example, Chester Finn, president emeritus of the conservative Fordham Foundation observed, “He’s always been reasonable, with a coherent analytic basis for policy conclusions. And that’s amazing even when I end up not agreeing.”

Kent McGuire, program director of education at the William and Flora Hewlett Foundation said “I could not think of anyone who has had more of a marked impact…over a long period of time. That strikes me as extraordinary.”

His former Stanford colleague Linda Darling-Hammond, now president of the Learning Policy Institute, noted Kirst is “always walking back and forth between policy, politics and evidence about what works best for kids.” She also praised his “determination and resilience and perseverance.”

There it is again, in a slightly different phrasing: Kirst’s mantra of “persistence, patience, humility and continuous improvement” that has enabled him to have significant impact on and beyond California K-12 education policy.

With a new governor and state superintendent now soon to take office in California, two key questions remain: Who will lead and help shape the next State Board of Education? And will the new leadership have the requisite set of qualities and experience to seize this opportunity and continue to advance that legacy?

What is clear is that incoming Governor Gavin Newsom, State Superintendent of Public Instruction Tony Thurmond, the new state board president and other members of the board will stand on the education reform foundation that Kirst — in partnership with the governor he has worked with so closely for so many decades — were so instrumental in building.