Some ratings rise in 3rd year of California School Dashboard 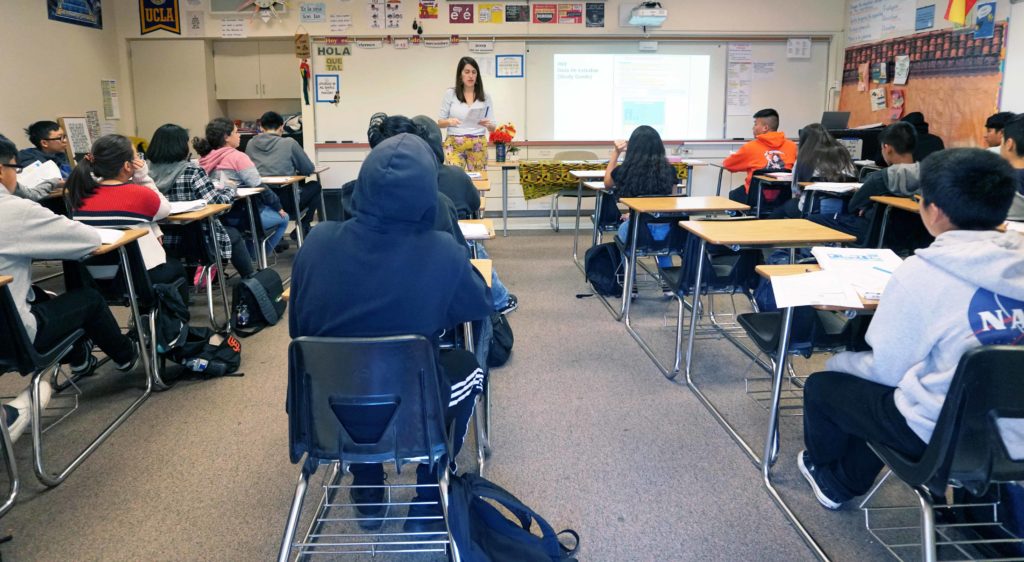 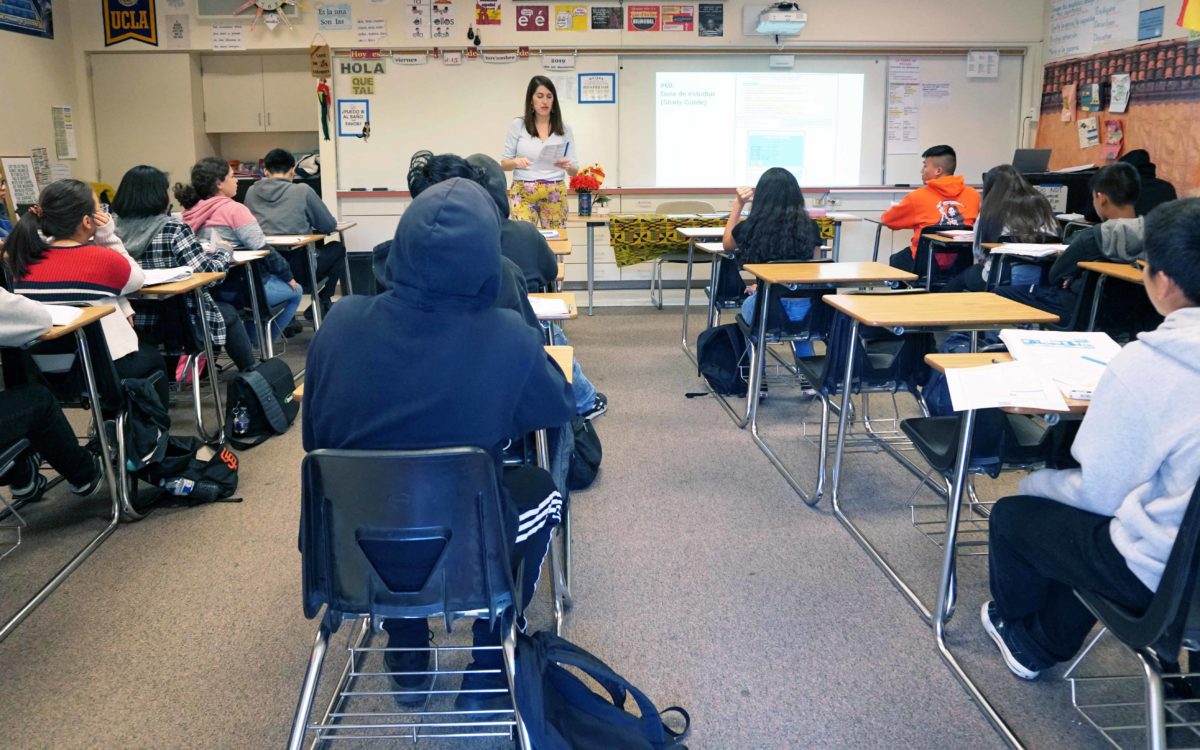 Significantly fewer school districts will require county help this year for poor performance on the state’s school accountability tool, the California School Dashboard, reflecting what State Board of Education President Linda Darling-Hammond called “steady — albeit slow — progress in important areas” such as high school graduation rates and, by one measure, test scores.

On Thursday, the California Department of Education released the third year of dashboard results, covering 2018-19, in three new languages: Vietnamese, Tagalog and Mandarin. For the first time, it also released all of the underlying data for the dashboard in DataQuest, the state’s school data site.

High school graduation rates statewide increased 2.2 percentage points to a record 85.9 percent in 2018-19, with African-American students narrowing the gap with a one-year gain of 6.2 percentage points. The proportion of high school seniors deemed ready for college, based on state test scores, completion of courses needed for admission to the University of California and California State University and other factors, rose to 44.1 percent.

Despite concerted efforts across the state to push attendance, chronic absenteeism was the one indicator that worsened statewide: 12.1 percent of students missed more than 10 percent of the school year in 2018-19, although the range was wide, with 4.5 percent of Asian students chronically absent compared with 22.5 percent of African-Americans.

Hedy Chang, director of Attendance Works, a nonprofit aimed at studying and reducing student absenteeism, said that the impact of wildfires, the increasing number of homeless students — who are more likely to be chronically absent — and the week-long teacher strikes in Los Angeles and Oakland, in which thousands of students stayed home from school, were enough to sway the state’s overall absenteeism.

But regardless of the circumstances, the overall rate of chronic absenteeism remains alarmingly high, she said. “These numbers are deeply troubling but not surprising,” she said. “It means that considering everything that’s been happening in California, we have to double down.”

Along with overall ratings of schools and districts in each indicator, the dashboard highlights the performance of as many as 13 student groups who attend them. They include foster and homeless students, students with disabilities, multiple ethnic and racial groups and low-income students, who make up three-fifths of the state’s children. 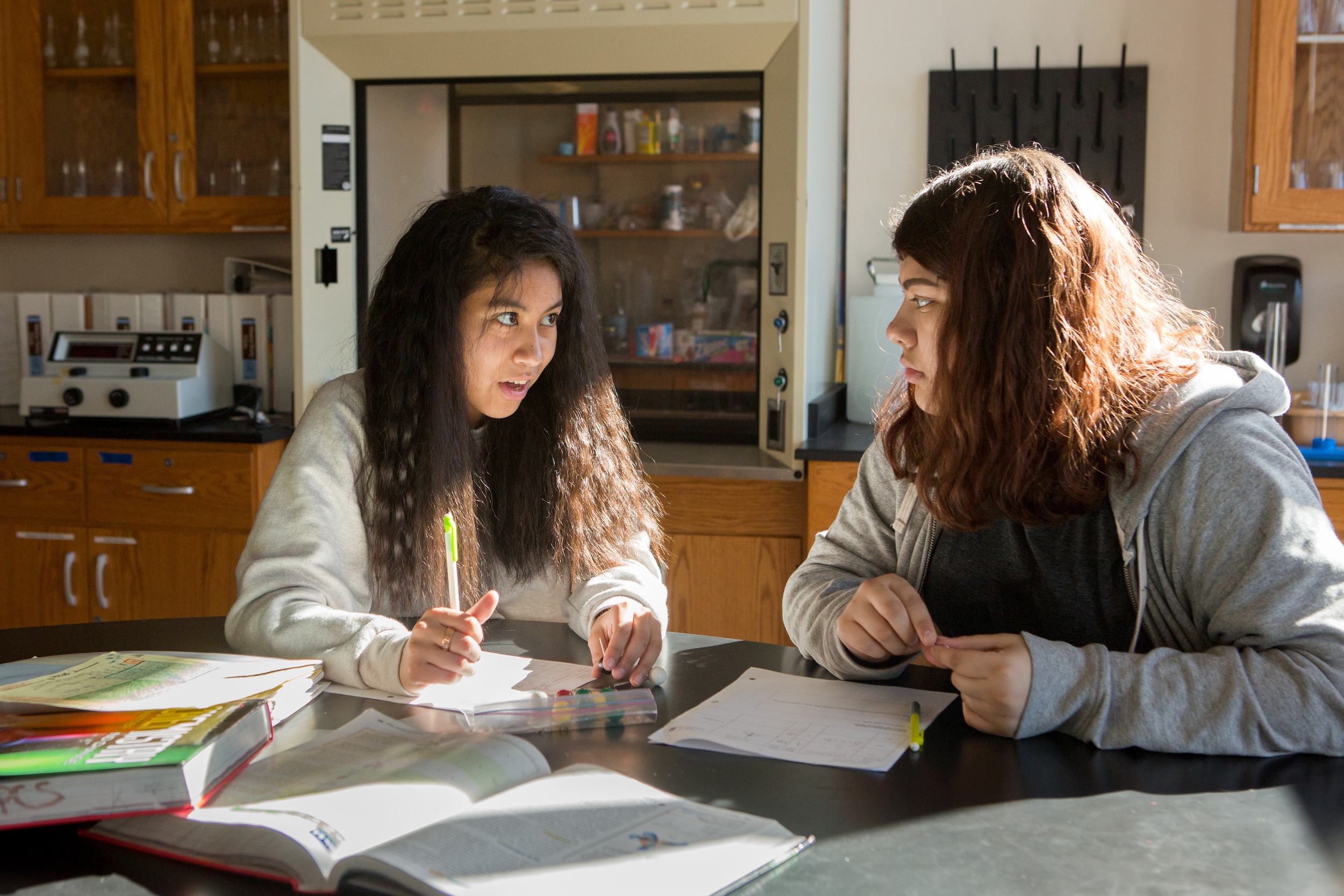 Consistent with the state board’s belief that, as USC Associate Professor Morgan Polikoff characterized it, “competition and ratings drive unproductive behavior,” the state’s dashboard layout prevents comparisons of schools and districts, other than comparing district scores with the state average. However, EdSource’s dashboard presentation does enable multiple school and district comparisons. Go here to use it.

The dashboard measures performance on each indicator using five colors, from red (designating the lowest score) to blue, the highest. The colors are based not only on how well a school did in the current year but also how much better or worse it performed than the year before.

Charters to get assistance, too

The dashboard was designed for multiple purposes: to inform parents and the public, to point out strengths and weaknesses districts need to work on and to identify districts that are eligible for two levels of county and state assistance.

Last year, 386 districts — about a third of the state’s districts — were designated for “differentiated” assistance, the least intensive level of help. They qualified because a minimum of one student group — usually more than one — was rated red in two or more legislative priorities: school climate, as measured by suspension rates; student engagement, as measured by graduation and chronic absenteeism rates; and academic progress, as measured by graduation rates, preparation for college and test scores in math and English language arts on the Smarter Balanced tests. This year, the number of districts fell to 333 — 14 percent fewer. On Thursday, the California Department of Education releases a list of those districts (see the list at the end of the article).

A memo that the department released Thursday provides the first data that indicate that county assistance is contributing to improvement. As estimated, 179 districts and county offices that qualified for differentiated assistance last year no longer require it, because of improved performance on the dashboard by low-performing student groups. Districts identified for county assistance based on the performance of students with disabilities decreased from 243 in 2018 to 187 in 2019. Districts identified based on the performance of homeless students dropped from 145 to 98 and for foster students, from 106 to 101.

An additional 125 new districts and county offices have been identified for assistance.

Also this year, 32 charter schools in the state will qualify for assistance from their district or county authorizer for the first time, under different criteria (see pages 21-23) for low-performing student groups. “We encourage those schools to take advantage of the assistance that is now offered to them to identify and correct issues that may be holding them back from meeting the needs of all their students,” the California Charter Schools Association said in a statement.

A district chosen for differentiated assistance must indicate in its annual Local Control and Accountability Plan, or LCAP, which student groups performed in the red and what the district will do to help them improve. The county office of education must do an analysis, but, under local control, a district can listen to or ignore the advice.

Under state law, county offices and the state will gain more leverage over LCAP and spending decisions for consistently underperforming districts through the next level of help — “intensive” assistance. This year, for the first time, four school districts’ low academic performance will set in motion a series of state and county reviews that will determine whether intensive help will be imposed, perhaps in 2020.

All four had three or more student groups rated red for three consecutive years for at least two state indicators. Two districts, Oakland Unified and Sacramento City Unified, are also struggling to avert fiscal insolvency. The others are Mt. Diablo Unified in Concord and the Salinas Union High School District. All four qualified for homeless students and a combination of foster students, English learners, students with disabilities and, for Oakland and Mt. Diablo, African-American students.

The dashboard for statewide performance of all students showed a decline in a rating for one indicator — chronic absenteeism — from yellow, the middle of five colors, to orange, the next to the lowest color (see chart). Graduation rates rose from yellow to green. And English language arts scores jumped two color ratings, from orange to green.

There was some movement: The rating for Hispanics and low-income students rose from orange to yellow and students with disabilities’ rating changed from red to orange.

The statewide dashboard reflects the impact of large districts like Los Angeles Unified. But California has hundreds of small districts with fewer than a thousand students. So even though the statewide graduation indicator rose to green from yellow statewide, more districts’ ratings declined (31.3 percent) than improved (25.5 percent). And it is individual district and school ratings that are relevant to parents and determine where school boards should focus their resources and attention.

The two-color jump in the statewide English language arts rating was a surprise, since two months ago, the California Department of Education had reported that the 2018-19 scores had shown little growth. The difference offers a useful lesson in how progress is measured.

One method, for the state accountability system known as CAASPP, measures the percentage of students who are proficient or “meeting standard” on the English language arts test. It showed little change from last year.

The dashboard method measures how much students’ scores progressed toward the score designating proficiency; for already proficient students, the dashboard measures how much they have advanced toward advanced status. The state board chose this method to credit the improvement of low-performing and high-performing students. The growth in students’ scores on the dashboard was enough to push the overall statewide color to green.

Big districts with diverse student groups tend to show fewer swings in dashboard ratings. A quick look at the big gainers and decliners among districts in 2018-19 pointed to smaller districts, such as Laton Unified, south of Fresno, with 695 students. In that district, chronic absenteeism jumped three rungs from orange to blue; English language arts and math increased from red to yellow, and with a drop in suspensions, its rating went from orange to green.

On the other hand, the Happy Camp Union Elementary District in Siskiyou County, where 78 percent of its 104 students are low-income and many families are Native Americans, had a tough year. Chronic absenteeism, English language arts scores and suspension rates fell two or three colors to red; math scores already were red. The principal is out on medical leave, and the 4th-to-6th-grade teacher, who is filling in, was unavailable on deadline. “Things are in chaos,” confided a staff member.

The state dashboard does work well on cell phones. You can get the mobile application at app stores under “CA Dashboard.”

Which 333 districts and county offices will receive assistance

This year, 333 school districts and county offices of education have been designated to receive state or county assistance because at least one student group received a red rating in two or more performance indicators. Student groups include students with disabilities, English learners, foster children and racial and ethnic groups.