The value of social and emotional learning; Q&A with Tim Shriver 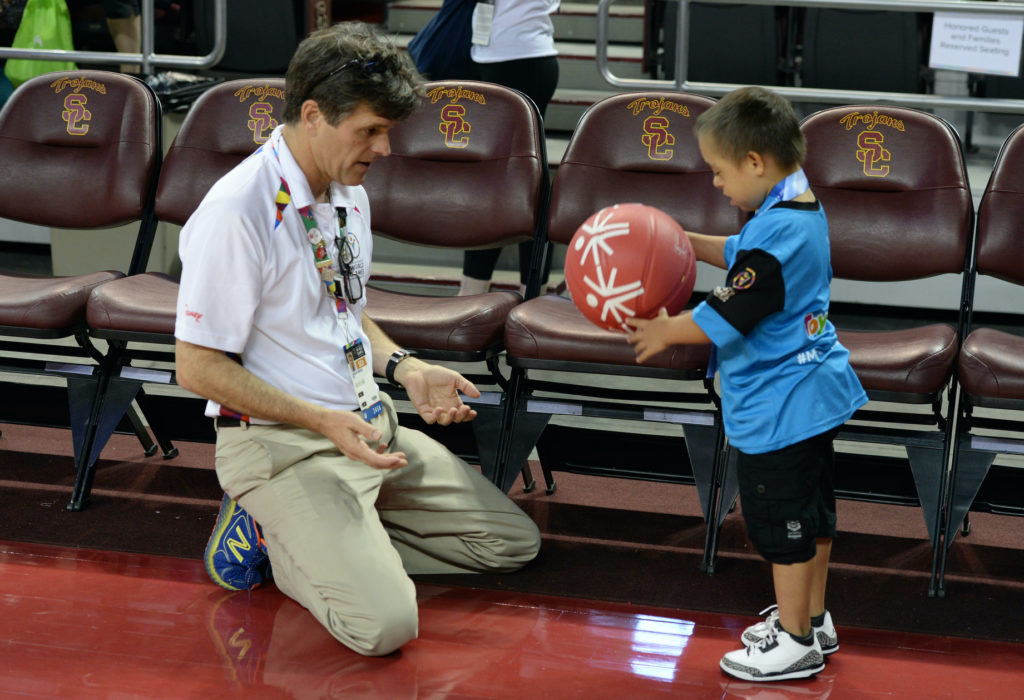 Special Olympics chairman has been a leader in the field for 3 decades. 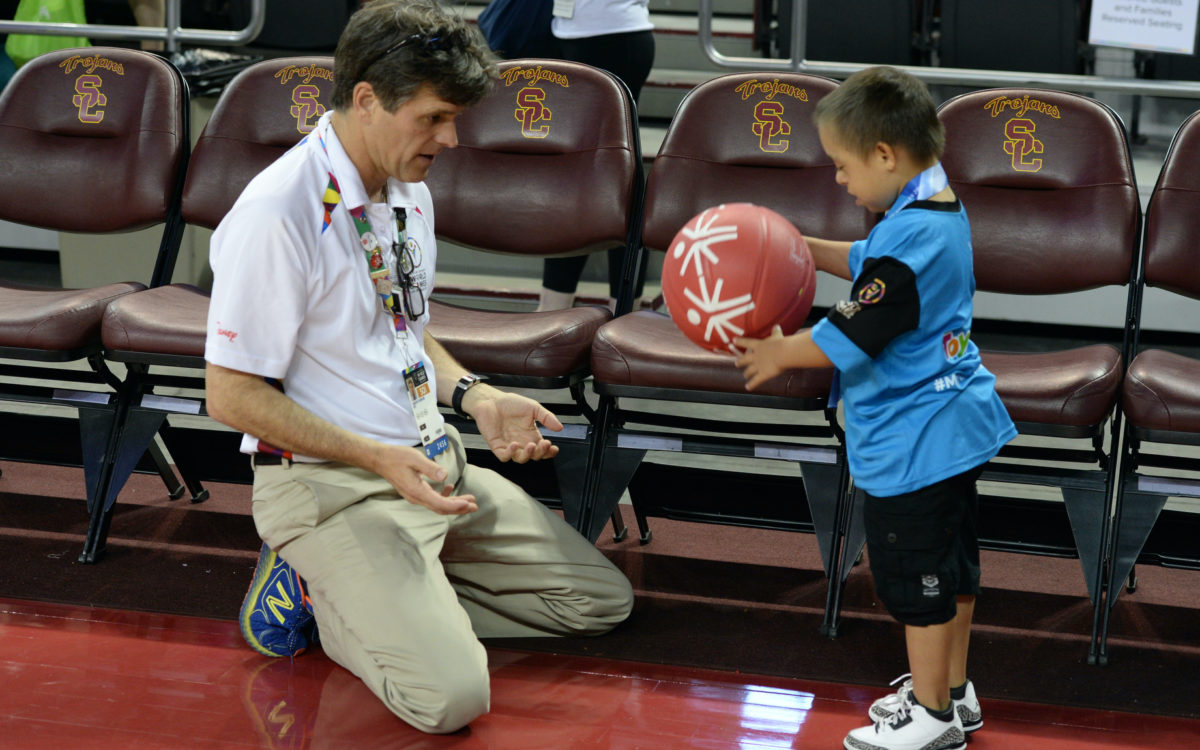 Tim Shriver, a leading figure for three decades in social and emotional learning, is optimistic about the burgeoning interest in the field.

“This is the most opportune time I’ve seen for us as educators to make significant improvements in the quality of life for children and the quality of learning outcomes for all children,” he said in an interview with EdSource.

Shriver is the chairman of the Special Olympics, which his mother, Eunice Kennedy Shriver, started a half-century ago. He and California State Board of Education President Linda Darling-Hammond co-chaired the National Commission on Social, Emotional and Academic Development, which this year released its report From A Nation at Risk to a Nation at Hope.

Shriver also will be the keynote speak at a conference on Oct. 30 in Sacramento co-sponsored by EdSource and the Partnership for Children and Youth (go here to find out more and get tickets).

What follows is an edited transcript of an interview by EdSource writers Zaidee Stavely and John Fensterwald. You can listen to the full interview of a recent EdSource podcast.

EdSource: What is social, emotional learning and why is it important?

Some folks complain, “Well, that’s not specific enough.” Others say, “Well, that’s so big, it leaves too much room for low quality or alternative strategies.” The truth is, what we’re trying to do is promote the idea that education is inherently emotional, social and cognitive; that these dimensions of the child’s life — and, I dare say, of the adults as well — are always in play, whether we like it or not. The extent to which we get good at supporting them is the extent to which we practice and implement the best high-quality educational strategies.

In my view, having been in and around education for the better part of 40 years, this is the most opportune time I’ve seen for us as educators to make significant improvements in the quality of life for children and the quality of learning outcomes for all children.

EdSource: Why have you chosen social and emotional learning to focus your time on? Why do you think it’s so critical?

Shriver: I started as a teacher counselor in a program called Upward Bound doing afterschool education, moved to study child development and work on the culture of school and the relationships with families. All those things pointed me in the same direction: that the big reason why children aren’t learning isn’t the quality of the textbooks, isn’t the time on task, isn’t the discipline structures in the school necessarily. It’s the fact that so many children do not feel emotionally or socially connected to the content, to the teachers, to the school, to the mission, to their own purpose. 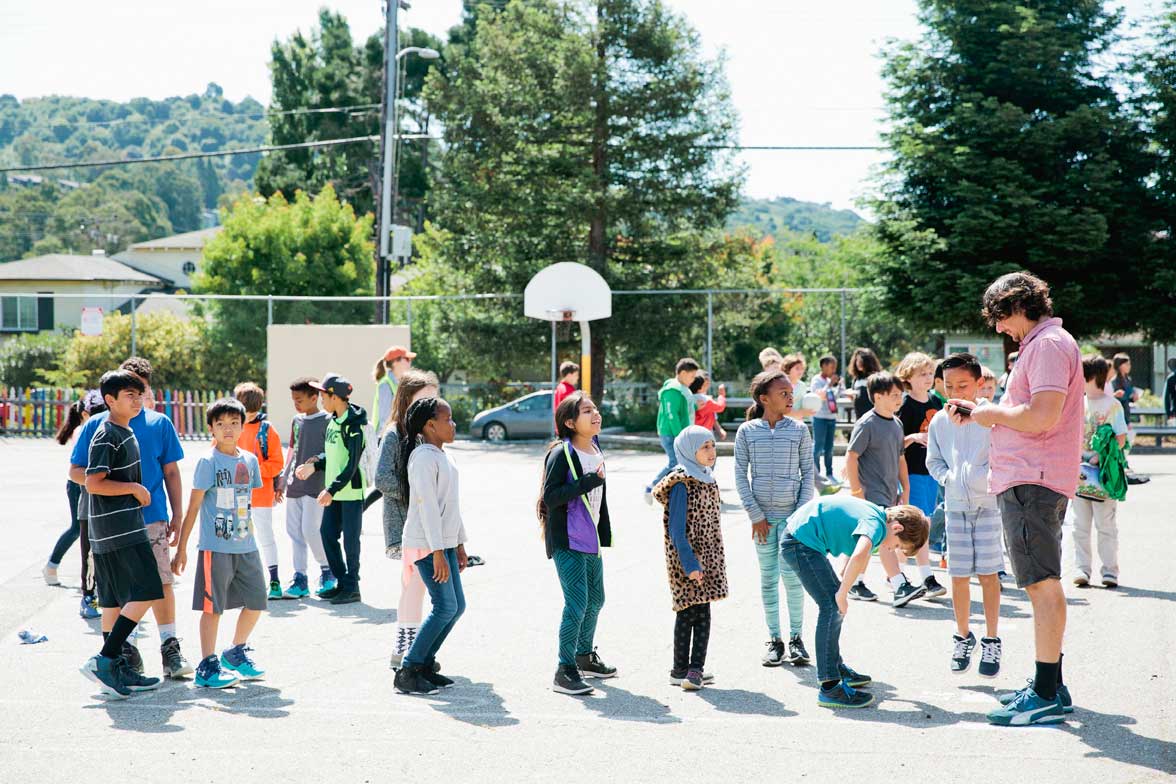 EdSource: I’m curious if you feel you gained some of your insights growing up in the early days of the Special Olympics, which your mom established, seeing how students with disabilities were mistreated and dismissed in the era before the Americans with Disabilities Act.

Shriver: No one usually asks me that, but I appreciate it. If you look at schools through the eyes of a child with Down syndrome — certainly in the ‘70s or ‘80s when I was learning this work — you would have to recognize that most schools didn’t want that child. Most schools felt ill-equipped to support that child. Most children would not have befriended or included that child.

And the child couldn’t help but conclude pretty quickly that school wasn’t a friendly, welcoming or meaningful place. Now, the sad truth is that many, many children — not just those with intellectual differences — feel that way. They feel not connected to the academic content. They don’t feel welcome. A sense of belonging with their peers. They don’t feel understood or seen by the adults in their lives. And as a result, they don’t feel any sense of purpose in their learning. Social and emotional learning can be a powerful tool in responding to it.

EdSource: I understand that you also used to be a classroom teacher. Can you share a little bit about your experiences, where you noticed that there was a need for more of a social emotional focus?

Shriver: If you’re teaching U.S. history to kids in an urban high school in the United States, when I was doing it in the ‘80s, the textbook didn’t speak very much to their experience. The pictures in the textbook didn’t look like them. The stories didn’t seem relevant to their own histories.

I found it very difficult to excite my students about what was in the book. When we went a little bit off the core curriculum — for the exploration of the Amistad affair, for instance, the slave rebellion that resulted in the freeing of the captives in the pre-Civil war and stories like the Harlem Renaissance ­— their interest sparked.

It was very obvious to me that when people felt socially and emotionally connected to the content, the learner was transformed to a curious, open-minded, purpose-driven learner.

EdSource: Give us an example of what happens in a school where practices are done well. What would someone coming from the outside see?

Shriver: They’d see students, for instance, in 9th grade learning and practicing how to disagree without being disagreeable. And they’ll practice this in a dedicated class to learning these skills. They’ll learn how to speak their truth, how to have active listening skills, how to repeat and understand the point of view of another person, how to use that point of view to try to advocate for your own point of view.

So you’ll see a reduction in bullying and name-calling and you’ll see an increase in time on task and in learning outcomes.

EdSource: What kind of policies have you seen in other states that you think California could consider or pay attention to?

Shriver: The big issue from a policy point of view is funding. There’s so much money spent trying to catch kids doing the wrong thing. We’ve got to change the funding formulas to put money into social and emotional learning and primary prevention.

Secondly, we need major investment in teachers. Most teachers I know went into the field because they cared about kids. And almost none of the preparation they were given equipped them to understand the development of children.

So we need to retrain the staff we have in the field little by little, but steadily and with evidence-based programs. And we need to revise and upgrade the training in our teacher training institutions in California and around the country. California can and should lead on this, as it has in other ed reform efforts.

EdSource: What would you say to educators who worry that this is one more thing they have to worry about, on top of other layers of things they’ve had in terms of reforms. Or they say, “Look, I’m empathetic, I connect with my kids. What’s new here?”

Shriver: First of all, it’s not one more thing. It is the thing. Number two, we are not trying to layer things on. We’re trying to make our practices better. Everybody has an SEL curriculum stated or unstated. The problem is that in most cases it’s unstated and it’s not evidence-based. So people will say, “Well, I shake hands with kids at the door. I make eye contact,” or “I do good question-and-answer sessions.” Great. Great. That’s what I did, too. As a teacher, I did my best.

We have now major new evidence and practices that are working to advance these goals for kids and for teachers. This may sound a little bit rash but I believe it’s irresponsible for educators to ignore what evidence is showing us around how these practices can be effective.

This should be good news for educators. It’s reminding us of what we got into the field for: to help children grow and become the best they can be. This is a field designed to help educators do that.