Linda Darling-Hammond becomes president of California's State Board of Education 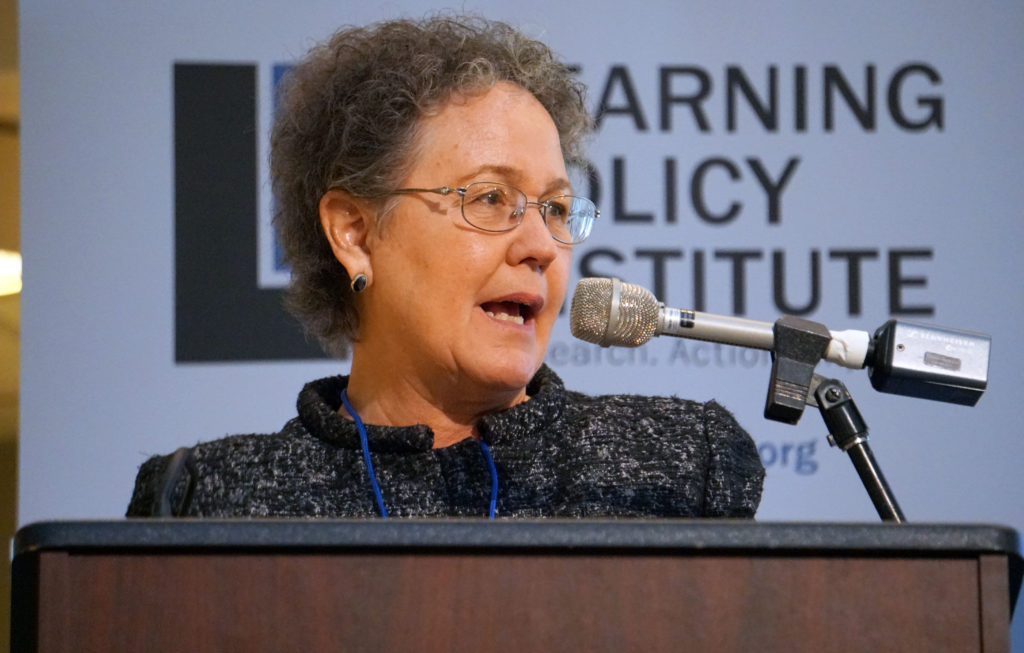 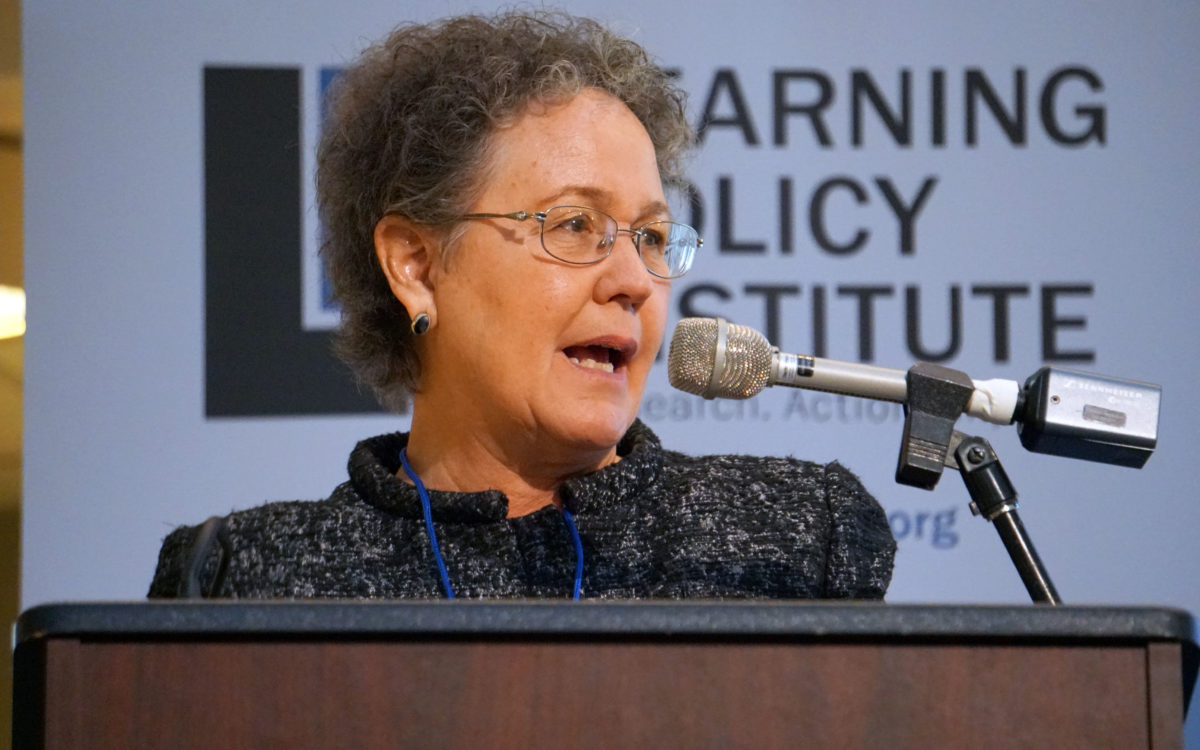 In another sign of the changing of the guard in the leadership of education policy in California, former Stanford professor and leading researcher Linda Darling-Hammond was selected to be president of California’s State Board of Education by fellow board members on Thursday, a month after Gov. Gavin Newsom named her to the post.

Before being selected president, she was sworn in as a board member by State Superintendent of Public Instruction Tony Thurmond who is a non-voting member of the board with the official title of executive secretary. Thurmond was elected to his statewide position last November.

“As California enters this new era under a new governor, we are at a significant juncture in education,” said Darling-Hammond, who is also the founding president of the Learning Policy Institute, a research and policy institute in Palo Alto. “The state has made substantial progress in recent years and has a considerable distance still to travel to provide equitable and empowering education for all of its children.”

Ilene Straus, a former educator in the Beverly Hills Unified School District, was re-elected vice-president to the board which meets approximately every two months.

Before being named to the board, Darling-Hammond had served for six years as chair of the California Commission on Teacher Credentialing. She was appointed to that position by former Gov. Jerry Brown. Newsom has yet to name a replacement to that post, which like the president of the State Board, is essentially an unpaid position.

“Linda Darling-Hammond is one of the most respected education leaders in the nation and we are so fortunate that she calls California home,” said Thurmond. “We have work to do, and with her at the helm I am confident that we will move the needle forward to work toward improving the public education system in an equitable way for all of our six million students,”

Darling-Hammond succeeds the former president Michael Kirst, another Stanford professor emeritus who served on the board for an unprecedented 16 years — during Brown’s four terms as governor beginning in the 1970s and then from 2011 on when Brown was elected governor again. Because California governors can no longer serve for more than two terms, it is unlikely that Kirst’s longevity on the board will ever be matched.

It is too early to tell what impact Darling-Hammond will have on the board and on policy making in the state in general. In brief comments to EdSource last month, she said both Brown and Kirst had “laid a strong foundation for a new approach to 21st century learning.” She said she was interested in “continuing that very strong trajectory,” while “taking it to the next level.”

Kirst said last month that Darling-Hammond’s expertise in teaching and learning will bring an important perspective to the board. “She brings new strengths in a state where we have to strengthen instruction for such a diverse student body,” he said.