Just days into governorship, Newsom a master of complexities of California budget 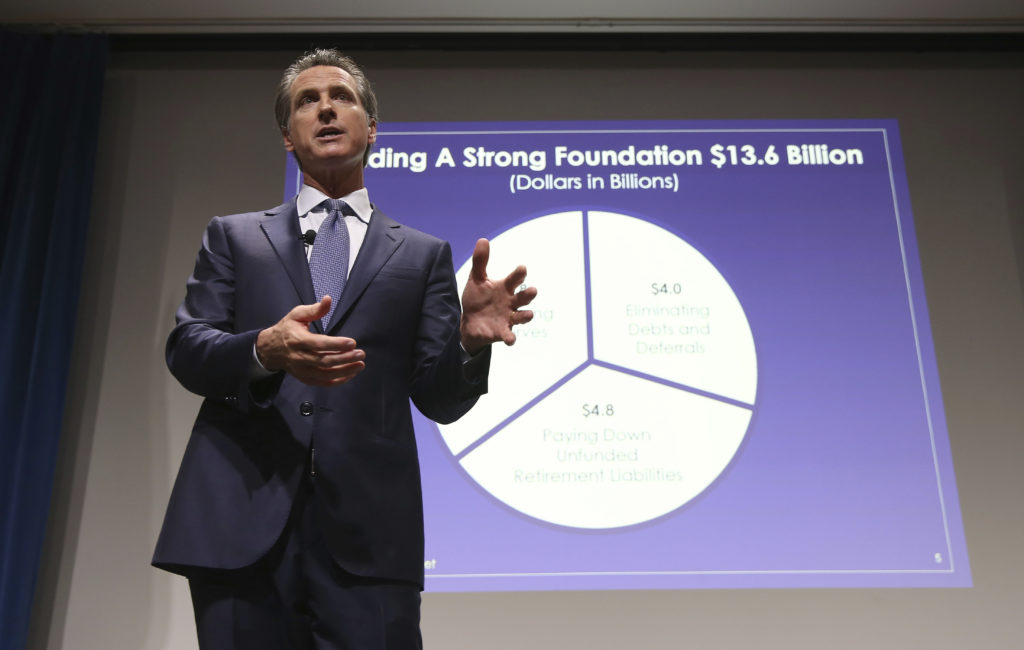 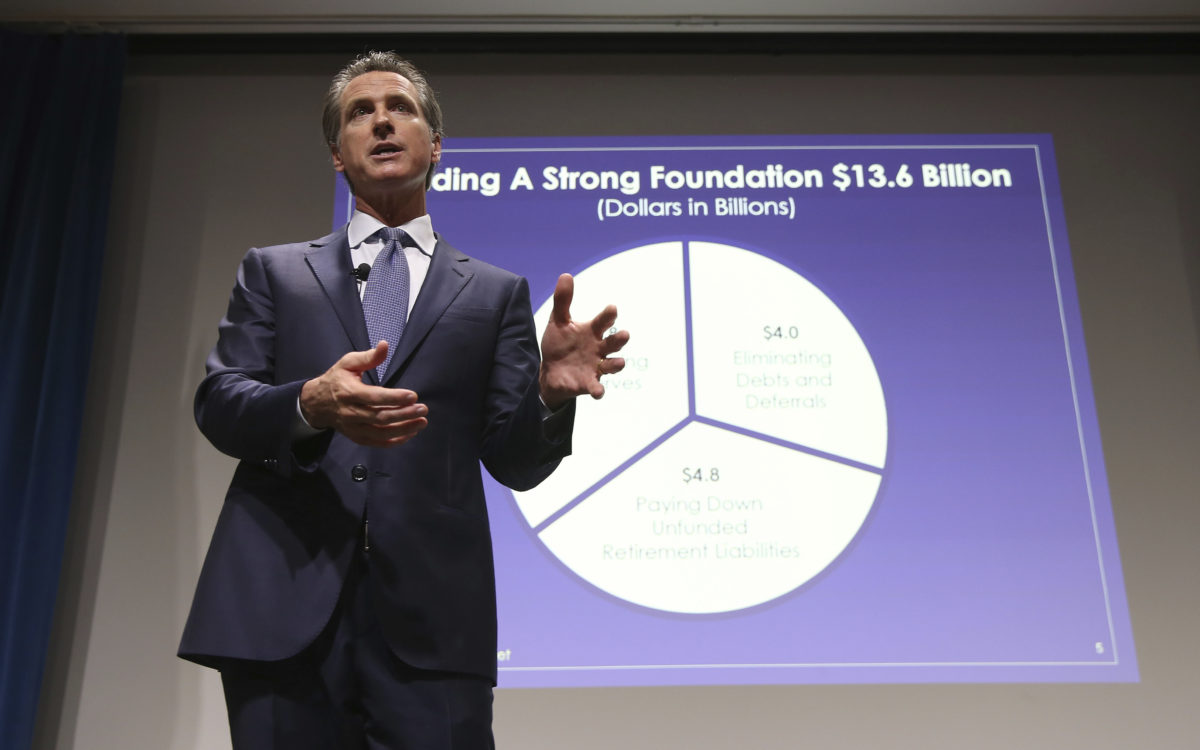 “I love this stuff,” Gov. Gavin Newsom gushed during the presentation in Sacramento this week of his first state budget — which, at $209 billion, is larger than that of most countries.

As Newsom dissected virtually every cranny of the huge public enterprise that is California, the differences between his leadership and the lack of it in Washington, D.C., could not have been clearer.

Those who watched on Cal Channel would have gotten a deeper view of Newsom beyond his image as a politician with movie star looks: a true policy wonk, in the mold of former President Bill Clinton, displaying a remarkable ability to marshal facts and figures.

The performance — because that is what it was — was even more notable because Newsom, by his own description, has suffered from dyslexia from an early age.  One way he has overcome his disability is by spending hours memorizing details. That was on full display on Thursday.

It soon became clear that Newsom has not spent the last eight years simply hibernating as California’s lieutenant governor, a post which has been mocked as one that is largely ceremonial, with few responsibilities other than sitting on state bodies like the University of California board of regents and the California State University board of trustees.

During the campaign, Newsom had to walk back comments he had made previously about the lieutenant governor position having “no real authority and no real portfolio” or as being simply “dull.”

Rather he appears to have spent the last several years deeply immersing himself in the functioning — or non-functioning — of state government. This week he emerged full force from his understudy role, appearing to be fully in command of the state budget, with a multi-dimensional understanding of California’s complexities.

His predecessor, Jerry Brown, was no slouch in this regard either. He showed a similar command of budget details and relished policy making, but the differences in their budget presentations were notable.

Brown would come to the same podium Newsom stood at, also with charts and graphs, and answer some questions, usually pithily and sometimes bluntly, sending a message that he was on top of the state’s challenges.

He would then leave the room and turn things over to his finance director to provide the press corps — shrinking a little each year — with further details.

Newsom, by contrast, stayed at the podium alone for an hour and 47 minutes, emitting a stream of acronyms that from time to time even close observers of state politics were not familiar with. He never called on his finance director, or any one else, to help him out. This time none of his children were on hand to interrupt the flow.

The budget, he explained, is not just a set of numbers, but “a reflection of our values,” about dollars that “attach to real people and real people’s lives.”

Admittedly he was helped by the fact that he had a lot of good news to deliver and a lot of money to play with. He announced the state would have a $21 billion surplus, an almost miraculous turnaround from where California was just eight years ago when Gov. Brown took office facing a $25 billion deficit.

But more than a recitation of numbers, Newsom’s budget sparkled with new and original ideas, especially when it came to putting meat on the bones of his pledge to create a “cradle to career” system of education in California.

For example, Newsom wants to spend $50 million on college savings accounts beginning when a child enters kindergarten. He is calling for parental family leave of six months, up from the six weeks that they are currently offered. He outlined a plan to achieve universal preschool in California in three years, which means state-subsidized preschool for all low-income 4-year-olds, and then to figure out a way to provide that to all 4-year-olds, not just low-income children.

He wants to track down 60,000 former UC students who never completed their degrees — “near completes” he called them — and convince them to attend extension classes at various UC campuses to earn their elusive degrees. He wants to substantially increase the value of Cal Grant awards to college students with dependent children, in recognition of the higher costs they face.

Instead of bashing legislators and giving them demeaning nicknames, as President Trump frequently does, during his budget presentation Newsom called out many of them by name, from both parties, for their contributions to the budget document and gave them credit for their ideas.

At the end of his marathon session, he pointed out that he has been in office just four days and that he is just getting warmed up. “Wait until next year and you’ll have to sit here for four hours,” he warned his audience.

That prospect may make some cringe. But it should provide relief to others tired of watching a president with an aversion to facts, evidence and research and whose major policy ideas — like pushing through deep corporate tax cuts and building a 1,000-mile border wall — seem antiquated, simplistic and intellectually indefensible.