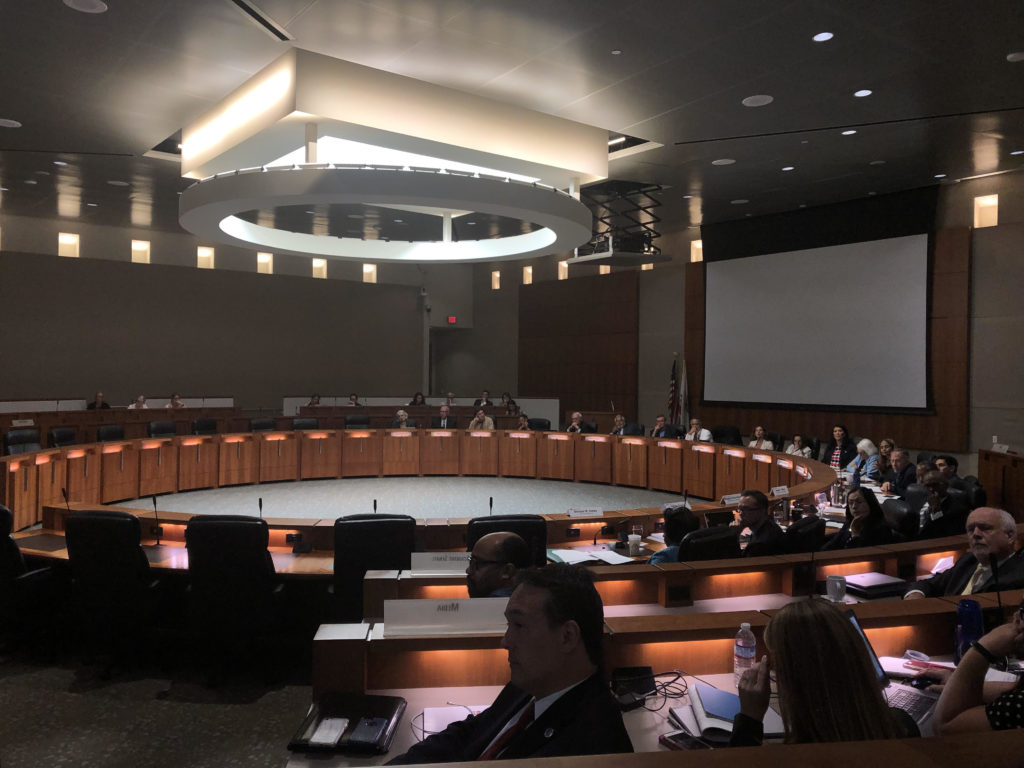 Trustees plan to vote on proposal this fall. 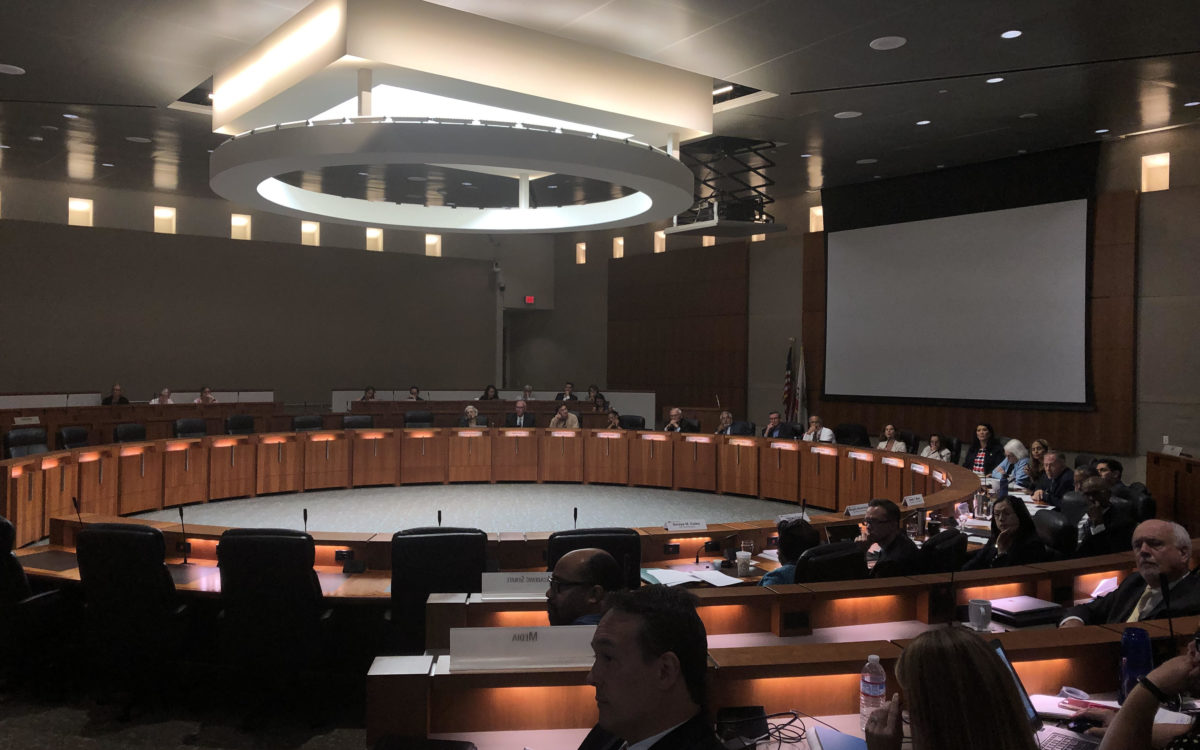 California State University’s proposal to require a fourth year of high school math or another quantitative class for freshman admissions faced more resistance at a public hearing Thursday, when about four dozen public commenters and representatives from advocacy groups reiterated concerns that the requirement would harm black and Latino students.

Over the course of the four-hour hearing at CSU’s headquarters in Long Beach, some critics urged the trustees to reject the proposal outright, arguing that many high schools don’t have enough teachers to teach a fourth year of math. Others, including two trustees, said they favor CSU postponing a vote on the proposal, saying that CSU needs to study the issue more extensively.

“I would suggest to the committee that we find a way to be more inclusive in developing this proposal, even if we have to postpone it,” trustee Silas Abrego said during the hearing hosted by CSU’s Committee on Educational Policy. Student trustee Juan García also said he supports postponing a vote.

But trustee and committee chair Peter Taylor indicated that he hopes to move forward with the vote as scheduled. An information session on the proposal is scheduled for late September and the vote for November.

“We’ll see if trustees can get comfortable enough to move forward. If not we’ll move to Plan B,” Taylor said, without elaborating on what Plan B would be.

The proposal, which would go into effect beginning with incoming freshmen in 2026, would require CSU applicants to complete a fourth year of high school math or a quantitative reasoning course, such as computer science, statistics or an extra science lab.

Currently, CSU requires three years of math and recommends a fourth as part of the A-G course requirements that make a student eligible for admission depending on their grades. The A-G requirements also apply to the 10-campus University of California system.

Supporters say that a fourth-year math requirement would improve CSU’s graduation rates because it would better prepare students for mandatory college math classes. But critics fear that the requirement would harm underrepresented students — particularly black and Latino students — who may lack access to 12th-grade math courses, making it more difficult for them to attend the nation’s largest public university system.

Officials at the Los Angeles Unified School District, where more than 70 percent of students are Latino, say the proposal would disproportionately harm black and Latino students who attend underfunded schools that don’t offer a fourth year of math. The district approved a resolution in June formally opposing the proposal.

Colleen Pagter, a legislative liaison for L.A. Unified, said during Thursday’s hearing that the proposal would “further exacerbate the existing barriers to eligibility, especially for historically underrepresented students.”

“This proposal is also moving forward in the absence of a comprehensive evaluation that clearly articulates why this change is necessary and lacks concrete evidence of the impact on underrepresented students,” she added.

Other groups opposed to the proposal include several advocacy organizations, including the Campaign for College Opportunity and Education Trust-West.

Audrey Dow, senior vice president for the Campaign for College Opportunity, said “no vote should be taken” until CSU studies the potential effects of the proposal at greater length.

“We think there’s simply too much uncertainty of what the impact would be of this change and still uncertainty about whether or not this change is even necessary,” she said.

CSU leaders in support of the proposal have said that students who enroll with four years of high school math are more prepared for college math courses.

CSU has also said the proposal would include an exception for any students who cannot fulfill the requirement because of limits at their high schools.

The requirement, supporters argue, could even help black and Latino students because it would better prepare them to pursue science, technology, engineering and math — or STEM — fields in college. CSU data presented Thursday shows that students of all races and ethnicities have higher retention and graduation rates when they enter college with a fourth year of high school math or quantitative reasoning.

Loren Blanchard, CSU’s executive vice chancellor for academic and student affairs, acknowledged concerns that there isn’t sufficient evidence to prove that the requirement would be in the best interest of all students.

“But if the benchmark for public policy was 100 percent certainty, there would be no public policies. Progress would have stagnated decades ago,” he said. “We are confident that the data and evidence are sufficient, that a quantitative reasoning admission requirement is the right thing to do.”