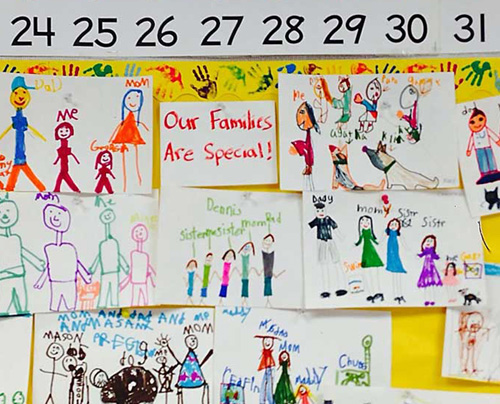 With the State Board of Education set to vote on new sex education teaching guidance, conservative religious groups are mobilizing parents in an aggressive effort to remove recommendations focused on the sexual health of LGBTQ  students and other material they deem too explicit for young students.

The guidance, known as the Health Education Framework, aligns with the 2015 California Healthy Youth Act, which mandated sex education in public school districts statewide and was among the first in the nation specifically to address the needs of lesbian, gay, bisexual,  transgender students and those students questioning their sexual identities.

In March, hundreds of parents and other residents from communities throughout the state traveled to Sacramento to voice their objections to the framework during a public hearing held by the Instructional Quality Commission, which is an advisory body to the state board.

The commission approved the framework document and now it is slated for final approval by the state board at its meeting Wednesday. But before their vote, commissioners heard comments from dozens of parents and others who identified themselves as Christians and said, among other things, that the new guidelines are part of an LGBTQ “agenda” and “sexualize” California’s schoolchildren.

“Homosexuality is not a right, but a lifestyle of perversion,” said one speaker. Another said “medically inaccurate sexual ideology has no place in education.”

The Healthy Youth Act (AB 329) has drawn vocal opponents since before it was passed in 2015. But with the framework up for adoption, the opposition has ratcheted up its intensity in recent months until LGBTQ advocates have feared for their safety in some of the forums where the issue has been debated.

The framework is not mandatory and is intended to be a resource for teachers and provide guidance for schools as they adapt their curriculums. Frameworks are written and approved by the state board for all subjects — from math and science to history and language arts.

State officials, who are preparing for a contentious meeting on Wednesday, say in addition to being provocative, the rhetoric against the  framework  is mostly inaccurate and misinterprets the power the law and the framework have over a local school district’s sex ed curriculum.

“The foundation of the Health Education Framework is to be sure we are respectful of the differences in all of our students and ensuring that all of our classrooms are inclusive and welcoming,” said Stephanie Gregson, director of the California Department of Education’s curriculum frameworks and instructional resources division. “The comments from the last meeting show that there is a lot of fear and a lot of misinformation.”

Authored by Assemblywoman Shirley Weber, D-San Diego, the Healthy Youth Act covers a broader array of sexual health issues and is considerably more specific than the law it replaced.

For example, it allows abstinence to be taught as a birth control option but requires that other forms of birth control also be taught. The previous law was unclear on the issue and many districts only taught abstinence.

In addition, lessons must include material specifically geared toward transgender students and teach students the meanings of sexual assault and sexual harassment.

A provision in the law allows parents to opt their children out of the sex ed lessons, but they cannot opt them out of lessons focused on the rights and achievements of LGBT people in other contexts.

For example, a parent could not opt their child out of a lesson focused on how LGBTQ students are more susceptible to bullying, or a lesson on the accomplishments of LGBTQ people throughout history.

Most school districts across the state have implemented the law with little or no controversy. But there have been pockets of opposition from San Diego to the Bay Area.

In 2017, more than 1,000 San Diego Unified parents signed a petition objecting to that district’s curriculum, which starts in the 6th grade, as being too graphic and inappropriate for younger students. Similar petitions were signed by 1,600 residents in Palo Alto Unified and by 4,300 people in Cupertino Union.

In Orange County, Capistrano Unified waited until March, three years after the Healthy Youth Act went into effect, to adopt a curriculum that was compliant with the law.  Orange Unified, another district in the county, has yet to adopt a new curriculum.

It’s been over a decade since the state board adopted a revised framework for health education and state education department staff is recommending the proposal be adopted by the board. Yet, the likelihood of it being approved hasn’t stopped the opposition groups from organizing parents in an attempt to sway board members.

The state education department has received thousands of letters and emails in recent months and officials are preparing for hundreds of people to show up to Wednesday’s meeting in Sacramento. Much of the correspondence sent to the state board and the Instructional Quality Commission contains identical language, which suggests it is part of a coordinated effort.

“This act promotes medically inaccurate and incomplete information and is not age appropriate or unbiased,” many of the letters read. “If this framework is passed I will not reenroll my public school students until this matter is resolved with proper statewide parental input!”

Parents and other residents are being organized primarily by two related groups: the Fresno-based California Family Council and Orange County-based Informed Parents of California. The groups held a joint rally in March, the day the framework came before the instructional quality commission and are planning another one for Wednesday morning in Sacramento.

On its website, the California Family Council declares its mission to be “advancing God’s design for life, family & liberty through California’s church, community, capitol & culture.” The Informed Parents of California website disparages the Healthy Youth Act and urges people to attend the rally. Neither organization returned multiple calls and emails seeking comment.

The groups have some allies in the Legislature, including state Sen. Mike Morrell, a Republican representing parts of Riverside, San Bernardino and Los Angeles counties.

Morrell proposed a bill this year mandating, among other things, that districts offering sex ed in elementary school require parents to make a formal request, or opt in, to have their children be given the instruction. He withdrew the bill last month after it became clear it didn’t have the votes to pass the Senate Education Committee.

“The sex ed curriculum, known as the Healthy Youth Act, has gone from informative to explicit,” Morrell said. “Parents should decide what goes into the minds of young men and young ladies.”

Gregson and other education department officials say comments like Morrell’s contribute to a widespread misunderstanding of the role educational frameworks and standards play in California.

For example, Morrell is incorrect when he refers to the Healthy Youth Act as a curriculum, Gregson said. Nor is the health education framework a curriculum, as many have asserted in their public comments, she added. A framework recommends instructional materials and provides resources to educators, while a curriculum outlines specific lessons and materials to be used when teaching a subject.

In the future, the state will adopt recommended textbooks and other materials that are aligned with the law and the framework, but they won’t be mandated either, Gregson said. California leaves it up to districts to make the ultimate decisions on curriculums and materials as long as they meet the requirements of the law.

Much of the fear and misinformation that Gregson refers to has emanated from Orange County, say civil rights and LGBTQ advocates. Opponents of the law routinely pack local school board meetings and meetings of the Orange County Board of Education.

Some of the opponents “sit in the front row and call you sick and perverted when you go to the podium to speak,” said Laura Kanter, who runs youth programs for the LGBT Center OC, an advocacy organization.  “Then they chase you when you leave the meetings…we’ve had to have police escorts out of school board meetings.”

Jessica Hubbard, director of programs for the Orange County chapter of Girls Inc., a nationwide advocacy group for young women and girls that works with schools to provide sex ed, said the intensity of the opposition has caused districts in the county that once partnered with the group to shy away.

“We used to teach sex ed across the county,” Hubbard said. “Now the only place we’re offering it is in Anaheim.”

Ian Hanigan, a spokesman with the Orange County Department of Education, acknowledged the level of misinformation in the county.

“We have seen degrees of opposition to the California Healthy Youth Act and the pending Health Curriculum Framework, as well as some confusion that one or both of these represents a state-required curriculum,” Hanigan said. “I think we all share a desire to empower students with the knowledge and skills to make healthy choices.”

Correction: A previous version of this article incorrectly stated the grades in which sexual education must be taught under the California Healthy Youth Act. It must be taught beginning in the 7th grade and taught once in middle school and once in high school.