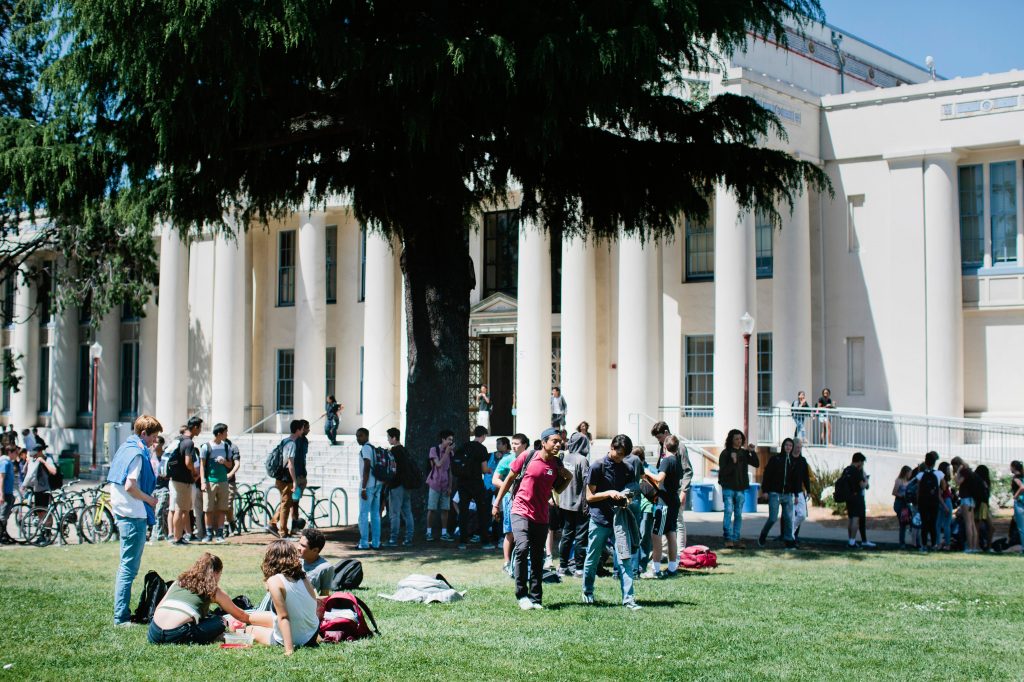 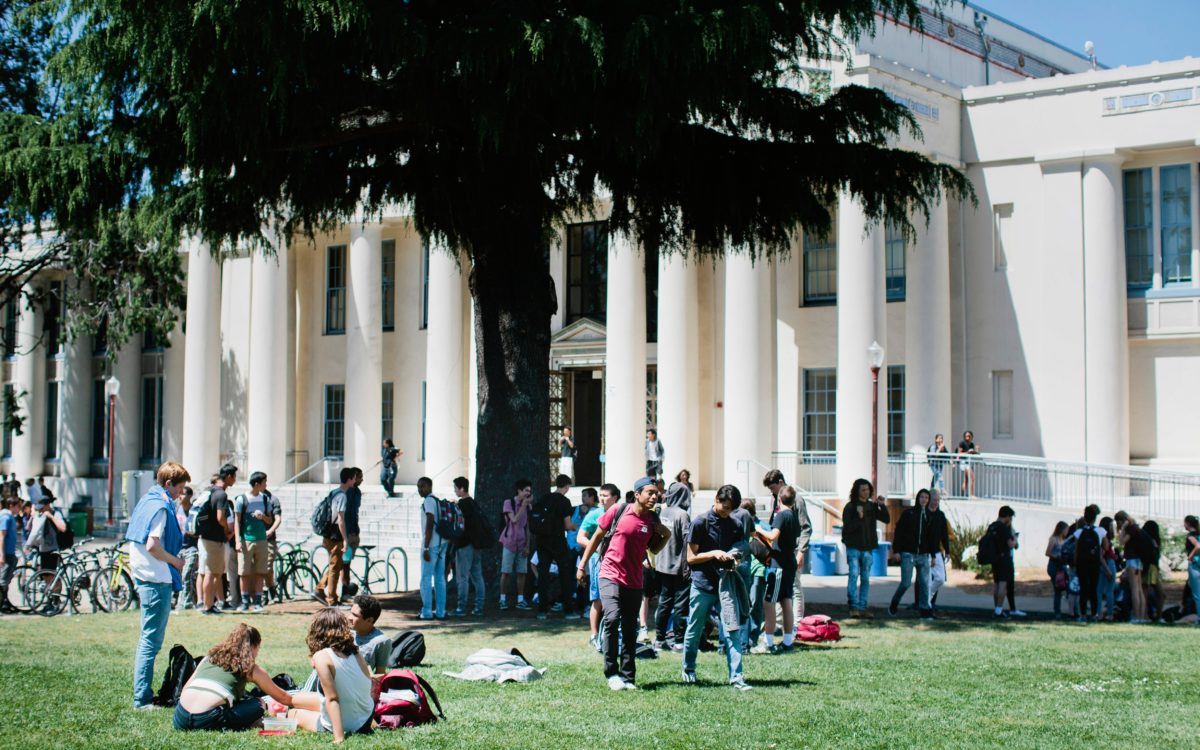 For months, parents, grandparents and concerned residents have packed meetings of the Orange County Board of Education to express alarm over stories they’ve heard, including that students in sex education classes are being taught how to use sex toys and given links to explicit internet sites.

They blame the California Healthy Youth Act, the groundbreaking state law passed in 2015 mandating that schools teach “medically accurate” and “age appropriate” comprehensive sex education. Among other things, the law delves into specific issues regarding the sexual health and development of LGBTQ students and addresses issues relating to HIV prevention, relationship abuse and sex trafficking.

“I don’t know why we feel the need to sexualize our kids,” said Becky Angel, who described herself as a parent and concerned citizen, at a meeting in May. “They should be learning about reading and writing and spelling and history and all that stuff, not learning how to use sex toys.”

Such assertions that sex toys are being promoted in the curriculum are inaccurate — apparently the result of a misunderstanding that went viral on the internet. The references to sex toy materials that sparked the controversy were described in booklet produced for The Adolescent Health Working Group, a San Francisco-based consortium of health clinics. These materials are not being used for sex education in schools.

The California Department of Education relies on the Adolescent Sexual Health Work Group, a collaborative of governmental and non-governmental organizations, to review and approve sex education curricula. The confusion arose because the acronym for this group (ASHWG) is very similar to that of the San Francisco health clinics (AHWG), according to attorneys with the ACLU.

Furthermore, officials with the Orange County Department of Education said there is no evidence of teachers directing students to inappropriate web pages. Finally, the law includes a clear provision allowing parents to opt their children out of a district’s comprehensive sex ed curriculum.

“Certainly, there has been a lot of misinformation on what is and isn’t in the law, and unfortunately some of the false narratives went viral,” said Ian Hanigan, a spokesman for the county department of education, which largely plays an advisory role to districts in the county and has no jurisdiction over how an individual district implements the law.

Ken Williams, the county board’s current president, is among those who oppose the law — calling it the “California Unhealthy Youth Act” during the May meeting. In an email to EdSource, Williams claimed state-approved teaching materials contain “medically inaccurate statements” that are “taught in classrooms and potentially negatively impacts our children.”

The situation in Orange County represents an extreme reaction to the law, say state and local officials and civil rights advocates. The vast majority of large urban districts have implemented the law with little controversy.

“We’ve had a few pockets where the implementation has been a little rocky,” said Sharla Smith, the California Department of Education’s comprehensive sexual education consultant. “But overall it has been flowing nicely.”

However, Smith acknowledges that the state provided no funding for a comprehensive survey of districts for compliance with the law. This has led to concern among civil rights and LGBTQ advocates that the uproar in Orange County and in a handful of other places could give smaller districts in outlying areas a reason to delay implementation.

California has long been a nationwide leader in adopting sex education. It first began mandating that HIV prevention be a part of sex education classes in the 1990s, and in 2003 Gov. Gray Davis signed the California Comprehensive Sexual Health and HIV/AIDS Prevention Education Act, which required teaching materials to be objective and appropriate for use with students of all races, genders and sexual orientations.

Yet, while that law required districts to teach HIV/AIDS prevention, it did not mandate comprehensive sex education. And for districts that did offer sex ed, the law’s requirements regarding a number of issues, specifically those relating to bias, sexual orientation and gender identity, were vague, said Ruth Dawson, a staff attorney for the ACLU of Southern California.

The Healthy Youth Act, which was authored by Assemblywoman Shirley Weber, D-San Diego, covers a broader array of sexual health issues and is considerably more specific than the previous law. For example, it allows abstinence to be taught as a birth control option but requires that other forms of birth control also be taught. In addition, lessons must cover abortion, include material specifically geared toward transgender students and teach students the meanings of sexual assault and sexual harassment.

The law allows “age appropriate” sex ed to begin as early as elementary school. It requires that comprehensive lessons, which typically total between 10 and 13 hours, be given to students in 7th grade and then again in 9th grade. A bill that would expand the law to cover charter schools is currently on Gov. Jerry Brown’s desk.

Several of the state’s larger unified districts — Los Angeles, San Francisco, Oakland and San Diego — had already began overhauling their sex-ed programs before the law was passed. And except for some outcry in San Diego, officials in these districts say the pushback from parents and community members has been minimal.

Dawson and other civil rights advocates claim much of the resistance is tied to anti-LGBTQ sentiment. They added that conservative groups that espouse religious freedom are offering support and providing information to parents who speak out against the law.

These efforts have contributed to decisions in recent months by school boards in two Orange County districts — Capistrano Unified and Orange Unified — to delay implementation indefinitely.

Last year, more than 1,000 San Diego Unified parents signed a petition objecting to that district’s curriculum, which starts in the 6th grade, as being too graphic and inappropriate for younger students. Similar petitions were signed by 1,600 residents in Palo Alto Unified and by 4,300 people in Cupertino Union.

Both San Diego and Palo Alto kept their curriculums despite the outcry. But in Cupertino the board voted to scrap the original curriculum aimed at middle schoolers and adopted a new one at the end of last year that parents were more comfortable with.

In recent months, boards serving Oceanside Unified in San Diego County and Fremont Unified in the Bay Area responded to public pressure by voting to suspend sex ed programs in the elementary grades.

San Diego Unified Superintendent Cindy Marten said even with the attention generated by the petition in her district, “fewer than 1 percent” of parents have opted their children out of the instruction.

“There is a very small group of people who just flat out believe that we not only shouldn’t teach sex ed to their own children but other people’s as well,” Marten said. “It’s a permanent opposition…when you try to get into a substantive conversation with them about what they object to, there really is no answer.”

Kevin Snider, who is chief counsel for the Pacific Justice Institute, a conservative nonprofit law firm based in Sacramento that supports those who oppose the law, said the objections mostly revolve around districts implementing the curriculums without proper disclosure to parents. The Healthy Youth Act requires districts to allow parents to review the curriculum and class materials.

“We’ve heard about a lot of pushback from districts when it comes to allowing parents to review and copy the materials,” Snider said. “They will often make claims regarding copyright issues…we often find them to not be legitimate claims.”

Snider demurred when a reporter asked to be pointed to specific instances of this happening. He also repeated the claims regarding teachers providing students with links to sexually explicit web sites but would not provide specifics.

Much controversy and confusion revolves around whether parents can opt their children out of instruction focused on sexual orientation and gender identity. While they can opt out of the sex ed classes in their entirety, both the Healthy Youth Act and federal anti-discrimination laws prohibit parents from opting their children out of sexual orientation and gender identity sections selectively.

The laws also prevent parents from opting their children out of lessons regarding sexual orientation, gender identity and the rights of LGBTQ people that are taught in another context — in, for example, a history class or as part of an anti-bullying presentation.

ACLU lawyers and other advocates say that, despite the pockets of opposition, they haven’t reached the point where they feel the need to begin filing lawsuits to force districts to comply with the law. The plan now is to continue reaching out to districts and offer support where needed.

But, in many respects, they face an uphill battle because the Healthy Youth Act is an unfunded mandate — legislators provided no money for compliance when they passed it in 2015. And programs that were once in place for state audits were largely gutted during the recession years.

Krystal Torres-Covarrubias, who is education policy manager for the Los Angeles LGBT Center, worries that resistance may be yet to come in rural districts. “I assume that the reason we haven’t heard of any pushback in some places is because the current boards haven’t implemented it,” she said.

The controversy shows no signs of slowing down in Orange County. In July, the county board of education voted in favor of holding a town hall forum, which is scheduled for Sept. 26, that Williams says will be a “civil public discourse on public policy and state laws.”

“We live in a democracy where free speech and free moral agency is critical to the survival of our nation,” Williams said in his email to EdSource. “This community forum advances the interests of our constituents and informs our community of governance and laws passed by state elected leaders.”

That’s not how the local LGBTQ community sees it, said Laura Kanter, director of policy advocacy and youth programs for the LGBT Center OC. Kanter says the forum is being pushed by Williams and other conservatives on the board who are not interested in an honest dialogue.

“It would be great to have a forum to help people better understand the Healthy Youth Act curriculum,” Kanter said. “But that’s not what this is about — it’s really a forum for certain people to have a platform to share their anti-LGBTQ opinions…no thanks, we’ve already been there.”

Al Mijares, Orange County’s superintendent of schools, is a member of the EdSource board of directors. Board members have no input into EdSource’s editorial content.