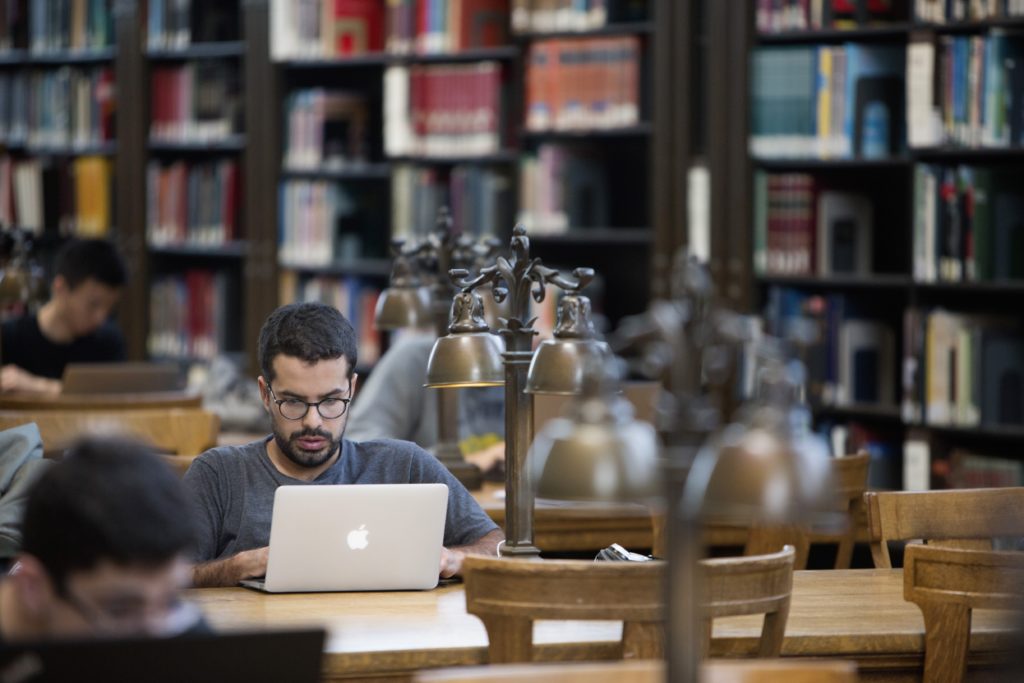 Faculty task force expected to issue its report early next year, possibly in February or March.

Pressures are mounting on the University of California to end its 50 year old practice of requiring freshman applicants to take the SAT or ACT — this time from some of its most senior leaders.

While the university awaits the recommendations of a special faculty task force on the controversial issue, UC Berkeley chancellor Carol Christ has come out strongly in favor of ending the testing requirement.

“I’m very much in favor of doing away with the SAT or ACT as a requirement for application,” she said at a symposium last week hosted  by Policy Analysis for California Education (PACE) and the UC Berkeley Graduate School of Education.

Such a move could provide relief for the nearly 200,000 high school students who apply to UC each year and also potentially contribute to a more diverse student body, especially at its flagship campuses. Over 1000 colleges have already adopted “test-optional” policies. Last year, the University of Chicago became the most prominent selective research university to do so, although it still “encourages” students to take the tests.  Were the University of California to follow suit, it would be the largest and most prominent public university system to move away from the practice, which has been in place at UC for a half century.

Sitting alongside Christ at the symposium, Michael Brown, the provost and executive vice president for academic affairs for the 10-campus UC system, also criticized the SAT and ACT. “As far as I am concerned, go ahead and do away with norm-referenced standardized tests,” he said, referring to the SAT and ACT.  Brown said he was not against all tests. “I am in favor of content-referenced tests linked to the (high school) curriculum,” he said. On a norm-referenced test, student scores are ranked on a bell curve, which means that students are assigned scores relative to other students.

Their remarks came against the backdrop of the statewide ban on affirmative action as a result of Prop. 209 approved by California voters in 1996. The university continues to struggle with how to enroll a student body that reflects California’s racial and ethnic diversity, especially in regards to African-American students.

The use of standardized admissions tests has been a subject of ongoing debate and discussion at the university for decades, mainly through the university-wide Board of Admissions and Relations with Schools, commonly referred to as BOARS.

In January of this year, the Academic Senate representing UC faculty established an 18-member Standardized Testing Task Force, at at the request of  UC president Janet Napolitano.  It was asked to evaluate “without prejudice or presupposition”  whether the university and students are “best served by our current testing practices.”  It is expected to issue its report early next year, possibly in February or March.

The task force is looking at a range of options beyond simply abandoning the admissions tests. These could include recommending changes in the content tested by the SAT and ACT, replacing them with the state-mandated Smarter Balanced tests aligned with the Common Core standards; or changing the way test scores are weighted compared to high school grade point averages in making admissions decisions.

Christ, who spent decades at Berkeley as an English professor and rose to the top rank of its administration as provost, left the campus in 2002 to become president of Smith College, the all-women’s college in Northampton, Mass. While she was at Smith, the college made submitting SAT and ACT scores optional. “As a result of that, we did not only have a more diverse class, but our average SAT score went way up,” she said. Scores went up, she explained, because only students with higher scores submitted them.

Christ returned to Berkeley in 2015 to head the campus’s Center for Studies in Higher Education, before being named chancellor in July 2017.

She recalled an earlier examination of the issue before she left Berkeley to go to Smith, when the campus concluded that the SAT and ACT were good predictors only of first semester college grades, not what happened afterwards, and that high school grade point averages were “much better predictors of performance in college.”

Christ said she had “continued to carefully review the research” and has been convinced that scores on SAT and ACT are correlated with income levels of students, as well as their racial or ethnic backgrounds.

“And I believe just given the kinds of patterns of wealth and preparation (for the test), that they’re really contributing to the inequity in our system,” she said at the Friday conference.

UC has already implemented a system at all its campuses that it calls comprehensive review that doesn’t only consider high grades and test scores in making admissions decisions. According to the university, “evaluators look beyond test scores and grades to evaluate applicants’ academic achievements in light of the opportunities available to them and the capacity each student demonstrates to contribute to the intellectual life of the campus.”

The 23-campus California State University, which enrolls about double the number of undergraduates than the University of California, also requires the SAT or ACT for freshman admission (although they are technically optional for students with a 3.0 GPA or higher). The system’s Academic Senate and Admission Advisory Council have been discussing the role of standardized tests, but “there has been no formal request to review the tests,” said CSU spokesperson Mike Uhlenkamp.

Abolishing the SAT and ACT requirement for most students would be a far more formidable task at CSU, because it does not have a system of “comprehensive review”  like that at UC. Instead, it admits students based principally on their grades and test scores. Eliminating test scores might require CSU to establish a new and broader review system, which would be a huge task in light of the hundreds of thousands of applications it receives for admissions.

The California Community Colleges do not require college admissions tests for admission. But Eloy Ortiz Oakley, the chancellor of the 114-college system who is also a member of the UC Board of Regents, has come out strongly against the tests. “Perhaps the tests were well-intended but they are perpetuating a wealth advantage & undervaluing low-income students,” he wrote in a tweet earlier this year.

Officials at the College Board, which administers the SAT, argue that the test was “completely redesigned”in 2016 and is no longer “norm-referenced.”  They also say the test is now very closely aligned to California’s academic standards.

“What we are seeing is how well students were instructed and how well they learned essential content and skills,” wrote Cynthia Schmeiser, senior advisor at the College Board, in a July commentary for EdSource. “Because there is no artificially imposed curve used to score the test, it would be possible for most or even all students to earn high scores and to meet and exceed the College Board’s College Readiness Benchmarks. That’s why it is incorrect to call the new SAT a norm-referenced test.”

Similarly, Wayne Camara, the Horace Mann Research Chair at ACT, wrote that “each student’s score on the ACT is based solely on his or her own performance on the test, regardless of other students’ scores. ACT does not impose a scoring curve.” He also asserted that rather than high school grades alone, “the single best predictor of college performance is the combination of grades and test scores together.”

In fact, in 2014, the influential UC BOARS panel reviewed the “new” SAT, which was administered for the first time in 2016, and concluded that it was fairer than the old test, and was “more aligned more aligned with college- level expectations and high school curriculum.”

“The new SAT meets (the university’s) general objectives and principles for admissions tests and should be an improvement over the current exam,” wrote George Johnson, chair of the panel, said at the time. “BOARS also applauds the College Board’s efforts to increase the SAT’s clarity and openness and its connection to the high school curriculum.

In the coming months, it will become clear whether the faculty representatives who make up the UC task force affirm that five-year-old conclusion.

At the Berkeley symposium on Friday, Jessica Howell, vice president of research at the College Board, noted that admission to UC is based on multiple factors. In fact, UC lists 14 of them. “Any effective standardized measure that is one of those factors is going to reveal underlying inequities in our society,” she said. “As researchers, we shouldn’t stop using them, or measuring them because we don’t like what they say.” Rather, she said, “we should continue to have a discussion about solutions to close the gaps that we see.”