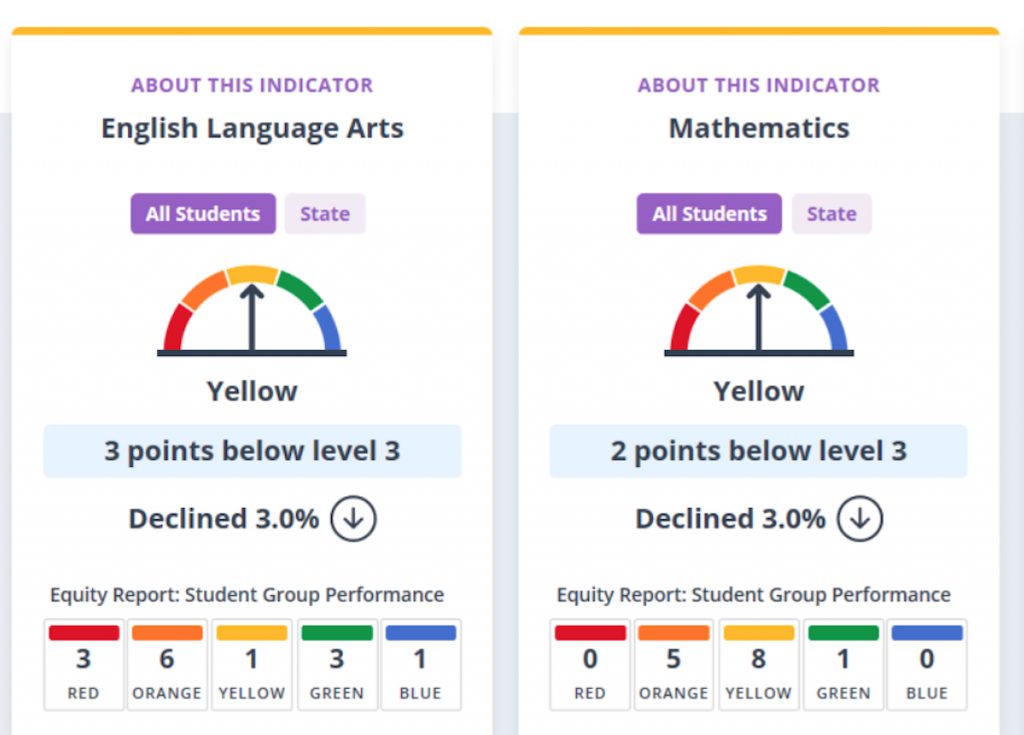 Website will have simpler layout, clearer translations and no more ‘pies’

The much-maligned California School Dashboard is getting a makeover.

The State Board of Education will get its first glimpse of the prototype for a new Dashboard first thing at its meeting Thursday. It’s Item 1 on the agenda, starting at 8:30 am. You can watch the webcast here.

The dashboard is the website that rates districts, schools and student groups on test scores, student suspensions and a range of measures on a scale of five colors. It’s a key element of the state’s new school accountability system, which emphasizes performance on individual indicators without a single summative rating like a letter grade.

Since its debut in spring 2017, the dashboard has gotten a lot of criticism. Parent and school groups said they appreciated the extensive data but not the presentation, which they called confusing and hard to use. Gov. Jerry Brown responded with $300,000 in the state budget for the state to rebuild the site and hire a firm well-known for design work, Collaborative Communications, a Washington, D.C., firm that has designed data websites for organizations like the Data Quality Campaign and governments, including New York City schools.

Dashboard 2.0 won’t roll out until the next data update scheduled for December, but prototypes are drawing good reviews. The state Board of Education will take a look at its meeting on Thursday.

The dashboard’s target audience will be informed parents involved in their school, and parents on an advisory committee setting priorities for the district’s annual accountability report, called the Local Control and Accountability Plan or LCAP.

“It shouldn’t be the burden of families and students to figure out data,” said Norma Rodriguez, organizing and policy director for the nonprofit Californians for Justice. A group of parents and students got an early peek at the new work and agreed that it will be easier to see how children are doing in their schools, she said.

Rodriguez said Californians for Justice “appreciated that the department reached out to high-needs students and parents for their input” on how to make the dashboard useful for them.

Every PTA member she spoke with thinks the new dashboard will be an improvement, said Mary Perry, vice president for education at the California State PTA, who showed a prototype to parent leaders.

The most obvious change: No more icons of full and partially eaten pies with the number of slices corresponding to one of five performance levels (3 slices for yellow, the middle performance level, 1 for red, the lowest score). Instead, there will be a simple gauge with an arrow pointing to a color. This accommodates visual disabilities and printers that don’t print colors (see examples). 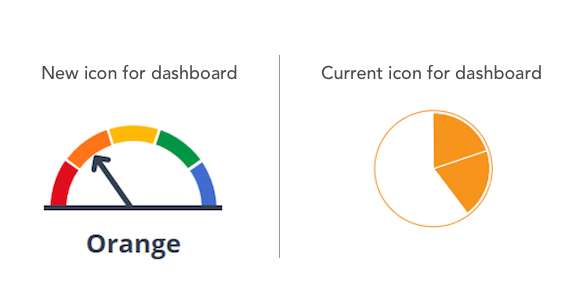 “The movement from pies to using gauges is a real plus — far more intuitive,” said Perry.

Clearer and easier to navigate: There will be 80 percent fewer web pages by eliminating redundancy and referring “superusers” who want more details to other pages on the Department of Education web site, said Cindy Kazanis, the director of the Analysis, Measurement and Accountability division of the state Department of Education. Users will move up and down to see more data instead of clicking through to another page.

Friendlier landing page: The new landing page is simpler. Each performance measure, like math scores on the Smarter Balanced tests, is a baseball card that a user will be able to flip over for more details on student groups’ ratings. And they’ll be able to compare overall school or district test scores with state averages — a new feature.

Designed for mobile devices: For many families, cell phones are their computers. Mobile platforms were an after-thought for the current dashboard, which was rushed into service to meet a posting deadline.

Simpler language: Needless terms like “status” and “change,” referring to the data elements behind the selection of a color, were dropped. Percentages and up/down arrows tell the story.

There’s still work to be done. The site must be rebuilt, and the state board may want additional changes. Kazanis said that the department continues to struggle with explaining some of the data behind the ratings — how, for example, student scores on the Smarter Balanced point scale translate into colors on the dashboard.

Collaborative Communications based its work on findings from a half-dozen meetings with parents who shared what they liked and disliked about the current dashboard, organized by the CDE Foundation. “What I saw in prototype addressed the concerns” that the parents raised, said Paul Richmond, consultant to the foundation who organized the sessions.