Challenge for protest movement is to convert youthful energy into action 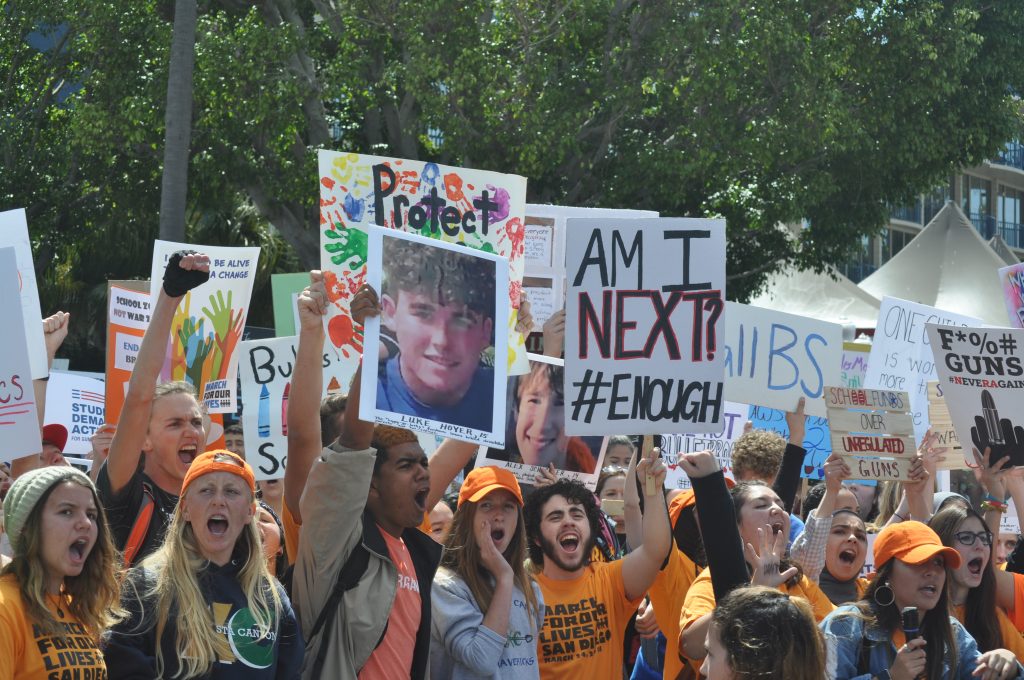 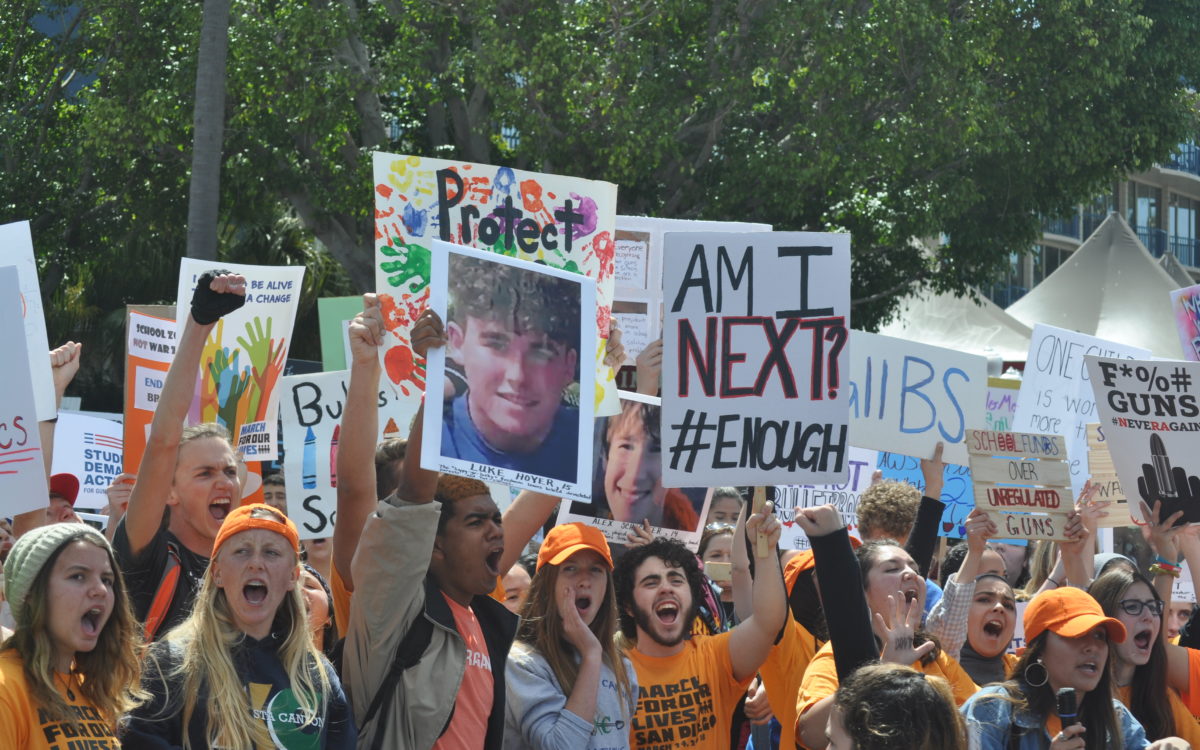 Students came out in force in communities across California and the nation on Saturday on behalf of more gun regulation, but the big question now is whether they can convert their passion into tangible legislative results.

A sign of the potency of this incipient movement is that protesters congregated not only in all the state’s customary hotbeds of activism — San Francisco, Oakland, Los Angeles — but also by the thousands in places like San Diego, San Bernardino, Riverside, Fresno and Modesto.

In each locale, the messages sent by teen-aged speakers, often delivered through tears and with high emotion, were similar in both tone and substance: Youthful protestors said they were tired of unacceptably high levels gun violence — and tired of waiting for adults to enact significant change.

Saturday’s protests, and the National School Walkout on March 14, both spurred by February’s massacre at Marjory Stoneman Douglas High School in Parkland, Fla., has prompted a political awakening among Generation Y and Z youth who otherwise have not been politically engaged.

In San Francisco, for example, a group of students from Dublin High School, located in a suburban community a 45-minute drive away, carried signs reading  “Fear has no place in our schools” and “Arms are for hugging,” one of the most popular slogans on the march down Market Street. “Honestly, I didn’t know very much (about gun violence) until now,” said Samantha, whose father did not want her to give her last name. “This (the Parkland shootings) opened my eyes.”

She decided to participate in the protest because, she said, “it is really important for youth to come out to these events, and let Congress know what is happening.”

Her classmate Emily said she knew vaguely about the Sandy Hook Elementary School shootings, which happened when she was in the 3rd grade, but “Parkland made me more aware” of the issue of gun violence.

While gun violence was the catalyst for Saturday’s protests, many who participated brought with them a range of other concerns.

These include the Trump administration’s crackdown on immigrants, along with its efforts to terminate the Deferred Action for Childhood Arrivals program, and its rolling back of policies enacted by the Obama administration to open doors for LBGT young people and others. That multi-dimensional agenda could help attract more youthful activists to the cause.

One tactic of the protests’ organizers that seemed to pay off over the weekend was to focus not just on mass school shootings, and their demand to ban assault-style rifles, but also on handguns used in attacks that typically take lives one at a time but cumulatively devastate neighborhoods and communities.

So, at the Washington D.C., March for Our Lives, Edna Chavez, a 17-year-old student at Manual Arts High School in Los Angeles, recalled her brother Ricardo, who was killed in a gun attack outside her home in a neighborhood where she said, she “learned to duck from bullets before I learned how to read.” In one of the most powerful speeches of the afternoon, she said she came to the march, to “stand up with the Parkland students” and to “uplift my South Los Angeles community.”

One way to measure of the impact of Saturday’s marches would be if young people eligible to vote were to turn out in force in this November’s mid-term elections and help restore Democratic control to the U.S. House of Representatives or the Senate. That would make it far more likely that meaningful gun reforms would be enacted, given the GOP’s fierce historical opposition to doing so. At the moment, Congress appears unlikely to take on the issue beyond the modest provisions contained in the budget it passed last week.

If the nation is indeed entering an era in which students will make a real difference in the larger political discourse, California youth seems almost certain to be a significant force in whatever changes might occur. In particular, youth voters could be crucial to the Democratic drive which is now underway to capture seats held by Republicans in several congressional districts where protests took place Saturday.

“I have four words — mid-term elections are coming,” warned Khadijah Abdulmatten, a student speaker at Saturday’s rally on the San Diego Bayfront.

But to motivate students, organizers would have to overcome multiple obstacles that have historically depressed youth voter turnout. In the 2014 mid-term election, for example, only 8.2 percent of eligible 18-24-year-old voters cast their ballot in California, according to a report by the Civic Engagement Project at UC Davis. In raw numbers that translated into a mere 285,000 out of 3.5 million potential voters.

Schools now have a potentially important role to play in engaging youth in the political process. The California Legislature has given them more tools than most states to do so:

Registering young people is just the first step. The bigger challenge will be to translate that into young people actually voting, which depends on how engaged they feel with the political process generally.

Yet another state law, AB 700, requires the Instruction Quality Commission to ensure that voter education information be included in the high school American Government and Civics curriculum. Other efforts, like the Power of Democracy, are also underway to increase civic engagement.

But ultimately it will be up to young people themselves to sustain this initiative. In California, many participants expressed a great deal of confidence that they will have an impact. “Adults have had their chance,” said Shukriya Osman, a 7th-grader at the Islamic School of San Diego who attended Saturday’s protest. “We are the future and our time is now.”

One sign of the incipient movement’s staying power might be whether this April’s “high school voter education weeks” evolve into a meaningful platform to prompt more student engagement. For now, it is too soon to tell whether the outpouring of emotions seen over the weekend will evolve into a significant youth movement anything like the one that emerged against the war in Vietnam a half century ago that helped drive significant political change.