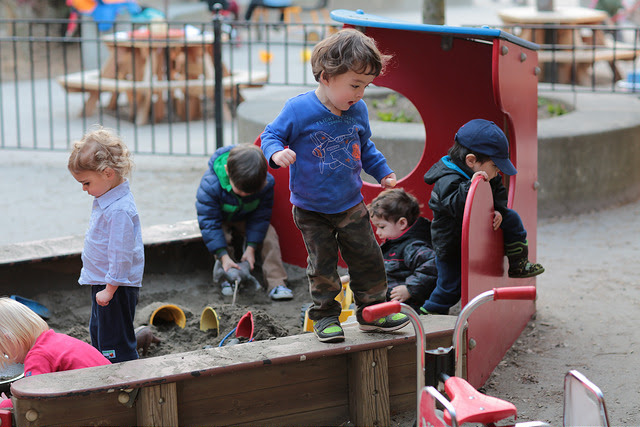 Thousands of children will get access to subsidized child care as a result of a massive increase in child care funding approved by Congress last month.

Congress approved — and Trump signed, albeit reluctantly — a $1.3 trillion budget that includes a nearly $2.4 billion increase in funding for the Child Care and Development Block Grant program. The program is the largest federal child care assistance program and is intended to provide child care to low-income parents so they can work or attend an educational or job training program.

The increase brings the total amount for the program this year to $5.6 billion, and a similar amount for next year. This includes an additional $610 million for Head Start nationwide.

Based on estimates from the Federal Funds Information for States, an additional $236.7 million will come to California, said Jonathan Kaplan, a senior policy analyst at the California Budget & Policy Center. That’s on top of the $305 million it was already slated to receive.

“This is a very large increase, and puts funding (for the program) at its highest level ever,” Kaplan said. He said this particular funding stream had been “frozen for many years, and this is a dramatic increase.” At the same time, he emphasized that even with the additional funding, the majority of children who are eligible under the program guidelines would still not be served.

The additional funds should allow nearly 12,000 more children to receive child care in California, among some 151,000 more children nationally, according to the Center for Law and Social Policy, a policy and advocacy organization known simply as CLASP.

“It is a huge deal, not only because it is the biggest infusion of child care dollars in a long time,” said Linda Asato, executive director for the California Child Care Resource and Referral Network. “The number of low-income families we can expand to is huge.”

But it is hard to know exactly how many children will benefit from the increase, because the state can spend the money on a variety of purposes related to the program. It could use the funds, for example, to improve the quality of care provided to children already in the program, which could include increasing the reimbursement rate to child care providers.

The fact that there is any increase available at all is remarkable given Trump’s original budget proposals, which he labelled “a foundation for American greatness.” He proposed lopping off $9 billion from the federal education budget, including eliminating billions of dollars for teacher training and after-school and summer programs. That would have brought overall spending to $59 billion. But instead, Congress voted to increase the overall level of federal education funding by $2.6 billion, to $70.9 billion.

The increased child care support was especially welcome because funding for the program had been declining steadily — along with the number of children served — since 2011. That was a result of the Budget Control Act, enacted that year, which put caps on “non defense discretionary” spending. In 2015, 1.4 million children were served nationally, down from 1.7 million in 2010.

According to CLASP, some 108,000 California children were served on average each month by the program in 2015 — a dramatic decline from the 175,500 children in the program a decade earlier. Only New York State served more children than California.

The increase in funding this year came because Congress agreed to lift the cap on non-defense discretionary spending, the result of a collaborative push by Democratic Senators Elizabeth Warren, Bernie Sanders, Patty Murray and Chuck Schumer. But it is also the case that child care is a bipartisan issue and the provisions also received substantial Republican support. Asato said there is broad recognition in Congress of “the need for child care, especially for people who work, and that this hits all sectors of society.”

As a result, Congress was able for the first time to fully fund the reauthorization of the Child Care and Development Block Grant Act, which Congress approved and President Barack Obama signed in 2014.

The act included several new provisions that require California and other states to improve quality and safety standards in the programs they offer. California will have to spend some of the funds it receives on these new standards, which is one reason why it is difficult to predict how many new child care slots it will be able to offer. “Every state is different in how they might use these block grant dollars,” Asato said.