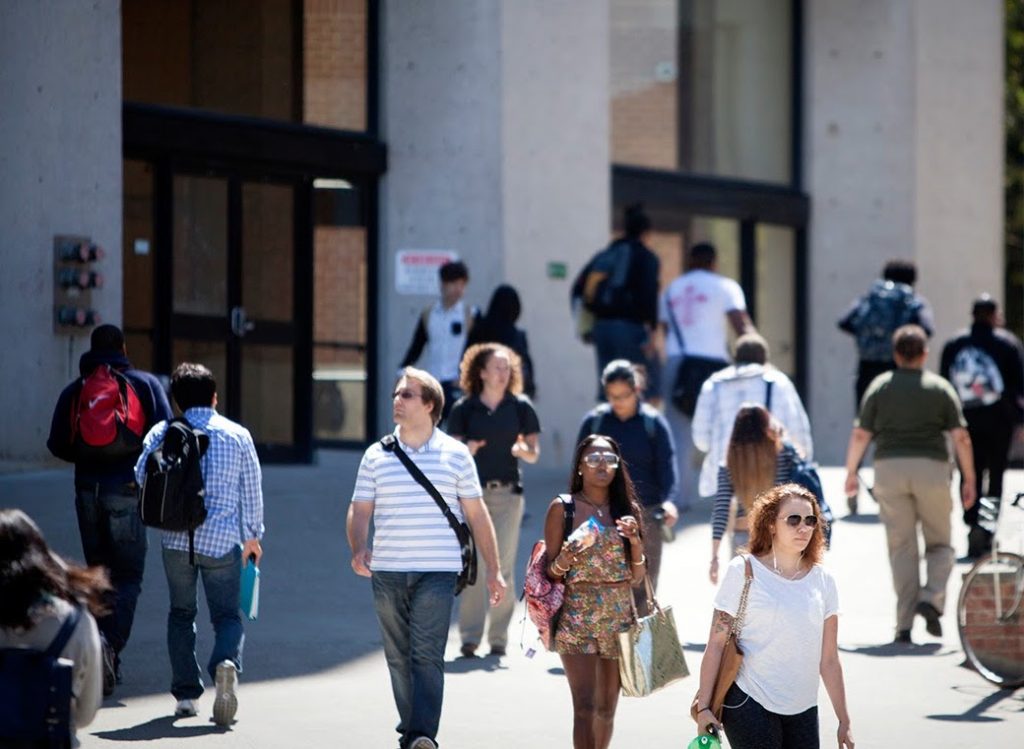 In his budget plan for 2018-19 — his final one as governor — Brown is moving beyond a traditional formula that funds colleges based primarily on how many students they enroll. Philosophically, he is extending some of the recent changes in K-12 financing to the two-year public colleges.

Under Brown’s plan, no community college campus would receive less money than it did under the 2017-18 formula. But half of future additional funding would be tied to enrollment size; a quarter would depend on how many students receive state financial aid based on being from low-income families; and the remaining quarter would be tied to the number of degrees and certificates granted and the share of students who completed them within three years.

The budget document says the new formula seeks “to improve the incentives for districts to focus on improving student success while providing districts with local flexibility to do so.”

Michele Siqueiros, president of the Campaign for College Opportunity, an influential advocate on higher education issues, lauded the new formula plan. “Strategic funding by the state of California to increase college success by providing fiscal incentives to improve time to degree, transfer, and graduation is long overdue,” she said.

Brown also called for money to give community colleges the option to offer one year of free tuition to eligible students.

In addition, he proposed 3 percent increases in state funding to both the University of California and the Cal State systems, triggering some to warn that the increases are insufficient and that tuition hikes may be required.

About 35 states have some funding formula that rewards public colleges and universities for improving persistence and graduation rates and about ten provide extra money for graduating students who are low-income or under-represented minorities, according to Kevin J. Dougherty, who is a higher education professor at Columbia University’s Teachers College and senior research associate at the Community College Research Center there.

But Dougherty also pointed out that there is no evidence that such funding has boosted the numbers of students earning associate or bachelor’s degrees. It seems to help in career certifications, but those are easier to obtain, he said.

He suggested that Brown’s plan should be refined to make sure that colleges are rewarded not just for the enrollment of low-income students but also “for graduating students who are disadvantaged in one form or the other.” He also said that California should expand that to include older students.

The online college “is targeted at people who are in the workforce and they need to upgrade their skills and get an opportunity to improve their lives,” said Brown during a press event Wednesday. In May, he asked the state’s community college system to “take whatever steps are necessary to establish a new community college that — exclusively — offers fully online degree programs.”

Eloy Ortiz Oakley, the chancellor of the California Community Colleges, Wednesday praised Brown’s plan for the online college, which will target adult learners and those who live and work far from existing colleges and offer them certificates tied to their careers and courses for future degrees.

His office reports that the state has 2.5 million adults between ages 25 to 34 years old who’ve earned a high school diploma but no college degree. Oakley said these workers are “working hard trying to support their families but who are stranded in this economy — an economy that’s unforgiving of workers that have no credentials.”

Brown’s statement added that “while the new online college will focus on working adults between ages 25 and 34, an additional 6.2 million adults with the same level of educational attainment between the ages of 35 to 65 could also benefit from this college.”

The plan isn’t without its naysayers and details on tuition remain unsettled. Last year, some members of the California Community Colleges Board of Governors and faculty leaders expressed skepticism about online instruction being an effective option for students.

Shanna Smith Jaggars, director of student success research for the Office of Distance Education and E-Learning at The Ohio State University, said a fully online college presents challenges. Jaggars, who has researched the issue, said the online college proposal “would probably be a better option for people who have some college or a bachelor’s degree and were looking to add on to where they already were in their education.” Still, like Oakley, she said the flexibility of online classes is an attractive option for busy workers.

The budget also includes $46 million to fund a “free tuition” bill the Governor and the Legislature approved last year. The law gives colleges the option to cover the first year of tuition for any eligible student if the schools revise their programs to improve the chances of earning a degree.

To be eligible for the new funds, colleges would have to adopt a series of reforms, such as partnerships with K-12 schools, additional guidance and other changes as spelled out in the law.

Community college tuition for full-time California residents ranges from roughly $1,100 to $1,400 a year, depending on course load.

In 2015-2016, 43 percent of the state’s more than 2 million community college students qualified for free tuition as low-income students through a fee waiver now called the California College Promise Grant.

While living expenses for students far exceed the cost of attending a community college, Oakley suggested marketing college as free can have a powerful effect on encouraging students to enroll.

In other matters, Brown’s proposed budget offered 3 percent increases in general revenue funds for both the University of California and the Cal State systems. However, that may not be enough to avoid tuition increases that both universities are considering even though Brown wants to keep tuition unchanged.

Both systems this year hiked tuition for the first time in six years. Now UC has raised the possibility of another increase of between $288 and $348 on top of the current $12,630 tuition and mandatory system fees for California undergraduates, not including room and board. Cal State is considering a $228 rise, above the current $5,742 tuition for California full-time undergraduates.

Clearly much lobbying and debate are ahead in coming months before state budget and tuition decisions are finalized. Brown said he wants Cal State to keep improving its graduation rates, which most recently were 22.6 percent within four years and 59.2 percent in six years. He also called on UC to show more efficiencies and to reduce its controversial spending at its central headquarters which was exposed in a recent state audit.

At UC, system president Janet Napolitano and Board of Regents chairman George Kieffer issued a statement Wednesday expressing disappointment that the $92 million in extra general revenue “is less than we anticipated under the framework we established with the governor.” They noted that the governor’s plan does not include specific funding for UC’s plan to add 2,000 California undergraduates in fall 2018 and its desire to add 500 more graduate students.

Yet they noted that “the state budget process has just begun and we hope to continue conversations with the governor and the Legislature.”

Timothy P. White, chancellor of the 23-campus Cal State system, was more forceful in his criticism, calling the budget’s proposal to increase revenues by $92 million “both concerning and surprising” since the system asked for a $263 million hike.

He said Brown’s plan “could reverse any progress made in the last decade — diminishing student access, success, limiting degree attainment and depriving California’s industries of skilled professionals.” A Cal State spokesperson later said that tuition issue will remain on the table when the board of trustees meet later this month and in March.

Brown offered to maintain the size of Cal Grants students can use at private non-profit colleges and universities at the current $9,084 maximum a year — with a push that those schools accommodate more transfer students. Last year Brown initially called for a reduction of those grants but later reversed himself after protests from such independent universities as University of Southern California and Whittier College. On Wednesday, Brown called on spending $7.9 million more to keep the grants at current level but tied that to private colleges enrolling more transfer students from community colleges starting in 2019-20.

Working with community colleges, private colleges “are confident we can and will improve the number of transfers into our sector,” said Kristen Soares, president of the Association of Independent California Colleges and Universities in a statement Wednesday expressing thanks for Brown’s plan. About 28,000 California students now use those grants at private colleges across the state.

This budget isn’t the last word on how much state support colleges will receive next year. An update to the budget will come out in May, and the state Legislature and the governor, a Democrat, must come to agreement on the final spending plan for 2018-19.