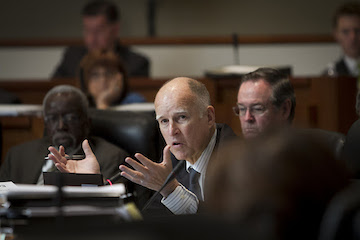 Both faculty leaders and some members of the Board of Governors — the group that oversees the 114-campus system — said the process for creating an online college is rushed and expressed skepticism about the merits of a fully online college program.

Members of the Board of Governors voiced their concerns Monday during their bimonthly meeting.

The faculty pushback surfaced in several resolutions approved at the Academic Senate of the California Community Colleges meeting November 2 through November 4.

Board of Governors member Geoffrey L. Baum said that, if the system pursues a statewide online college, California should ensure more low-income workers vying for credentials have access to fast internet so that students “don’t have to stand outside the door of the library in order to try to access [their courses].” Responding to testimony that more learners are relying on smart phones for their online needs, he added, “a phone is not a classroom.”

“I respect that the governor has one more year in office and he wants to make his mark and that he’s imposing this,” said board vice president Tom Epstein. “I’m not comfortable that we have really wrapped our arms around this yet. I think there are a lot of legitimate questions that have been raised today.” He added that he thinks Gov. Brown’s proposal is a “great idea” but that “we need more time.”

In May 11 letter, Brown asked  Eloy Ortiz Oakley, the chancellor of the state’s community college system, to “take whatever steps are necessary to establish a new community college that — exclusively — offers fully online degree programs.” That spurred the chancellor to create a working group to come up with various approaches in order to report back Brown by the end of November.

The chancellor’s office is viewing the project, known as Flex Learning Options for Workers (FLOW), as key to its goal of improving education outcomes for older students or those currently in the workforce. It also sees it as aligned with its Vision for Success document that promises to improve the learning opportunities for older or working students. The system has also scaled up its workforce development programming, spending $900 million this year.

Many potential students are not taking any of the college’s courses, according to data presented Monday to board members by the group working on FLOW. The working group’s report shows that roughly 2.5 million adults in California lack a college credential of some kind and could benefit from taking community college courses.

“As much as we would like to, we cannot will them onto our campuses,” said Oakley. The system needs to “meet this population where and when they are ready to gain skills and credentials.”

Robert Sanger, manager of training services at the advocacy group California Manufacturers and Technology Association, cautioned board members that the system is ceding ground to commercial online training services such as LinkedIn. Those employees “don’t have time to get to your community colleges, they don’t know where your community college … but they do need to take that class.” Rather than navigating the enrollment process and attempting to find the classes they need in dense course catalogues, these would-be students go elsewhere, he said.

“The goals of the governor and the FLOW workgroup can be better accomplished using existing resources and structures within the community college system rather than by creating a separate online college or other entity,” read one resolution. Another said that the “timeline set by the governor for development of the plan does not allow time for sufficient consultation and deliberation.”

The Academic Senate resolutions also “urge the chancellor to request of the governor an extended deadline in order that a plan for meeting the governor’s goals be developed with greater consultation, deliberation, and effectiveness.”

The FLOW workgroup proposed three approaches for making good on Gov. Brown’s online college request. Despite their differences, all three are meant to target adult workers and those who lack college credentials, which the chancellor’s office is calling “stranded workers.”

John Stanskas, vice president of the Academic Senate, warned board members on Monday that the system is “setting ourselves up for a situation the Senate would prefer to avoid, which is fighting this out in the legislature.”

The FLOW workgroup is accepting comments from the public at this website until Nov. 22.

It’s unclear what Gov. Brown will do with that report, said Paul Feist, Vice Chancellor for Communications and Marketing for the community college system. The governor could take the recommendations or request further proposals from the chancellor’s office. It is unclear whether Brown will take the proposal for an online college and add it to his January budget proposal or ask a member of the California legislature to marshal the bill through the legislative process.

“He makes the final call in what approach is ultimately put forward,” said Feist. “There is a budget and legislative process that must be negotiated, as with anything else.”

Chancellor Oakley also stressed that a lot needs to happen before any decision becomes final. “I will certainly inform [the governor] that several of these options were not well received by these bodies and why,” he said.