A half century ago, race for California schools chief was most contentious in the state 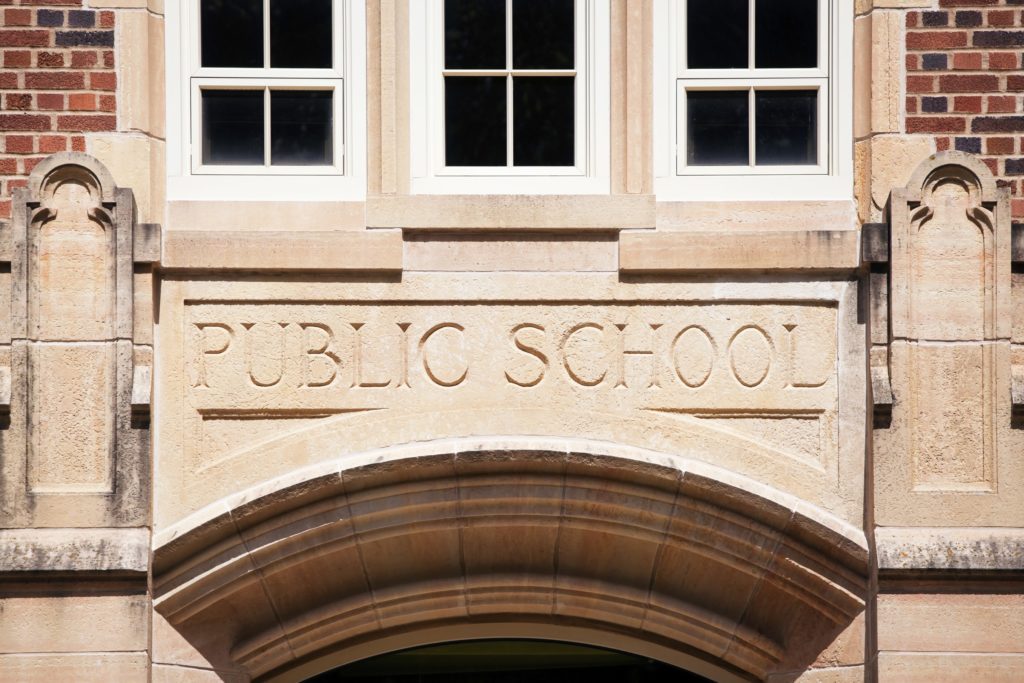 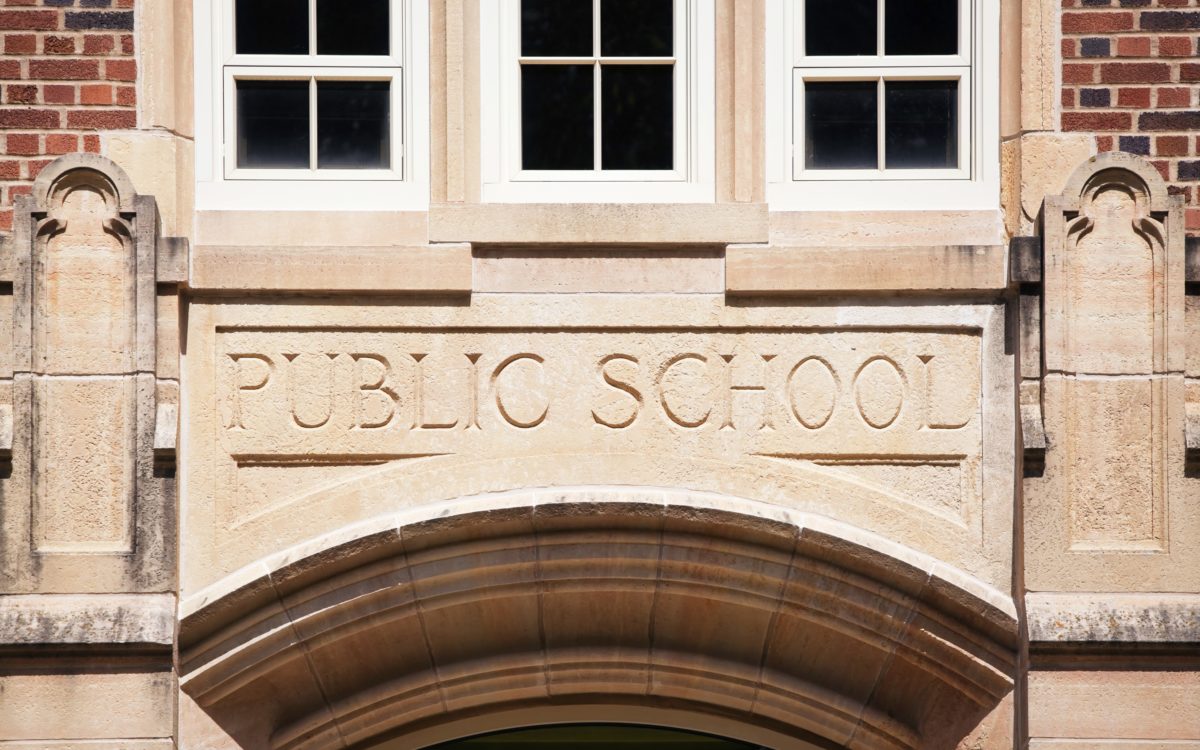 Californians with a long memory will recall the time nearly a half century ago when the battle for state superintendent of public instruction was the hottest race on the state ballot — and the incumbent superintendent was one of the most polarizing figures in California’s history.

In the 1970 election, Wilson Riles took on conservative firebrand Max Rafferty, who had served two terms as schools chief and was running for a third. Rafferty was arguably the best known California politician, rivaled perhaps only by then-Gov. Ronald Reagan. In comparison, Riles was a virtually unknown deputy superintendent in the California Department of Education, appointed to that position ironically by Rafferty.

Drowned out by the political noise were some of the same educational challenges that California continues to grapple with today — how best to close achievement gaps, serve disabled students, involve parents in their child’s education, and ensure children read at an early age.

The Riles-Rafferty race offered a sharp contrast to the far-lower profile of today’s “down ballot” contest for state superintendent between Tony Thurmond and Marshall Tuck, in which many voters are expected to abstain from voting because they don’t know the candidates, or don’t care sufficiently about education to learn about them.

At the time, Riles was given no chance of winning. He had won just under 25 percent of the vote in the June primary, compared to Rafferty’s 48.6 percent, barely missing the 50 percent vote the incumbent needed to win outright in the nonpartisan race.

Rafferty, a teacher, principal and school superintendent from  Southern California, had become nationally known long before for a 1961 paper called “The Passing of the Patriot.” In it, he blamed public schools for “youngsters growing up to become booted, side-burned, ducktailed, unwashed, leather-jacketed slobs, whose favorite sport is ravaging little girls and stomping polio victims to death.”

He referred to what he called the “communist corruption” of the education system. He attacked the use of the Dictionary of Slang in school libraries, claiming it was a “handbook of sexual perversion” because it contained various obscenities in common usage.

His campaign slogan, “California schools need the fourth R: reading, ‘riting and ‘rithmetic, and RAFFERTY,” was known throughout the state. He denounced public schools for not teaching patriotism, and opposed teacher’s strikes, the teaching of evolution without being offset by creationism, and busing to achieve racial integration.

Rafferty would boast of “killing progressive education in California.”

But by 1970 Rafferty had alienated many of his fellow conservatives by running two years earlier for the U.S. Senate – against Sen. Thomas Kuchel, a popular moderate Republican. Rafferty beat him in the GOP primary, but then lost in the general election to Alan Cranston, the Democrat who then occupied the seat  for the next 24 years.

Nonetheless, Rafferty was still endorsed by Reagan for the schools chief post against Riles — and also was praised and promoted by then-President Richard Nixon, who had Rafferty join him on the podium at an event in Southern California just days before the election.

In a remarkable upset, Riles easily defeated Rafferty. The New York Times, in its report on the California election, gave top billing to Riles’ triumph, which it described as “one of the most stunning upsets in California’s political history.”

In an overview of the campaign, political scientists Totten Anderson and Charles Bell praised Riles for pulling off  “the most impressive performance in the fall campaign.”

By contrast, they described Reagan’s comfortable victory for a second term as governor over former Assembly Speaker  Jesse Unruh as “the most lackluster gubernatorial campaign within memory.”

Riles went on to serve three terms. His legacy is evident in the school site councils he proposed, made up of teachers and parents that are still a feature of every school in California. He was also a prescient advocate of the importance of early education, and emphasized the importance of being able to read by the 3rd grade. He also created a master plan for special education at a time when schools barely served disabled children.

In another high profile electoral upset, Riles was himself ousted by Bill Honig in 1982 after serving three terms. Honig, a teacher and school superintendent in Marin County, and member of the State Board of Education, focused on persistently low test scores, especially of California’s high school students, and blamed Riles for failing to raise academic standards for graduation.

Even though the state superintendent’s position is a nonpartisan one, conflicts deepened between Honig, a Democrat, and George Deukmejian and Pete Wilson, the Republican governors during his tenure. The  State Board of Education, whose members were appointed by Wilson, successfully went to court to strip Honig of the few powers he had. The impact of that court ruling is still evident today in the weakened status of the state superintendent. Honig was reelected twice, but was forced to step down after  being found guilty of violating the state’s conflict of interest laws in a court case he and many of his supporters argued at the time was politically motivated.

One of the most noteworthy features of the current campaign for state superintendent is the amount of money spent trying to get Tuck or Thurmond elected. The latest tally suggests that spending on both sides — in the form of direct contributions to the candidates’ campaigns, independent expenditure committees, and issue ads by outside organizations — will top $60 million, with Thurmond being outspent by a more than a 2-to-1 margin.

Also worth contemplating is that Riles remains the only African-American to hold the schools chief’s position. In fact, only two other other African-Americans have ascended to any statewide office in California since then: Lt. Gov. Mervyn Dymally, elected in 1974, and current Sen. Kamala Harris, elected in 2016.

Correction: This article was updated on Nov. 6 at 5 p.m. to indicate that in addition to Riles and Sen. Kamala Harris, Lt. Gov. Mervyn Dymally was the third African American to be elected to statewide office.