To retain teachers, lawmakers push to exempt them from state income tax 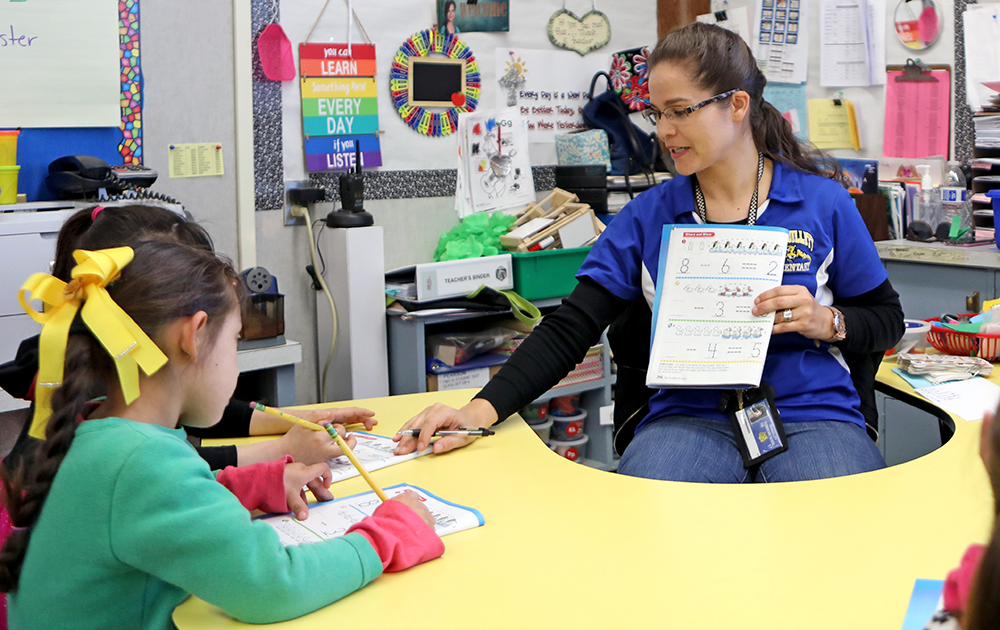 CREDIT: FERMIN LEAL/EDSOURCE TODAY
Maria Fernandez, a teacher at Tranquility Elementary in the Central Valley, leads her students in a lesson.

CREDIT: FERMIN LEAL/EDSOURCE TODAY
Maria Fernandez, a teacher at Tranquility Elementary in the Central Valley, leads her students in a lesson.

Teachers on the job for at least five years would be exempt from paying state income taxes under a bill that aims to increase the number of teachers entering and staying in the profession.

Senate Bill 807, or the Teacher Recruitment and Retention Act, is part of a series of bills lawmakers are currently proposing to help ease California’s teacher shortage.

SB 807 would also provide tax credits for education students working to obtain their credential or advanced degrees. If it becomes law, California would be the first state in the nation to exempt teachers from paying state taxes.

But the bill likely faces opposition in the legislature and from Gov. Jerry Brown, who indicated in his initial 2017-18 budget proposal that California can’t afford new initiatives to tackle the state’s ongoing shortage of qualified teachers.

Other bills before lawmakers include:

SB 807’s authors said it would lead to higher teacher retention rates and better trained teachers, factors that would contribute to a stronger state economy.

“The teaching profession is critical to California’s economic success and impacts every vocation and profession in the state,” Stern said.

“SB 807 addresses the immediate teacher shortage and sends a loud and clear message across the state and nation, that California values teachers,” he said.

The initial language of the bill doesn’t include cost estimates. However, EdVoice, a nonprofit education advocacy group that supports the bill, estimates that it could cost the state $608.5 million annually in lost tax revenue, and an additional $9 million to pay for tax credits for teaching candidates to cover fees for credentialing programs or master’s degrees.

For typical teachers with five or more years of experience, not paying state income taxes would be equal to a 4 to 6 percent pay raise, according to EdVoice estimates.

“California’s current teacher shortage affects students in high-need schools and in high-poverty districts and communities the most, which exacerbates opportunity and achievement gaps between disadvantaged students and their more affluent peers,” EdVoice President Bill Lucia said in a statement.

The bill would provide the same financial benefit for all teachers regardless of the grade, subject or region where they teach. Ongoing studies from the Learning Policy Institute, a Palo Alto-based research and policy organization, have consistently found the teacher shortage is the most severe in special education, math, science and bilingual education, and in rural and inner city regions.