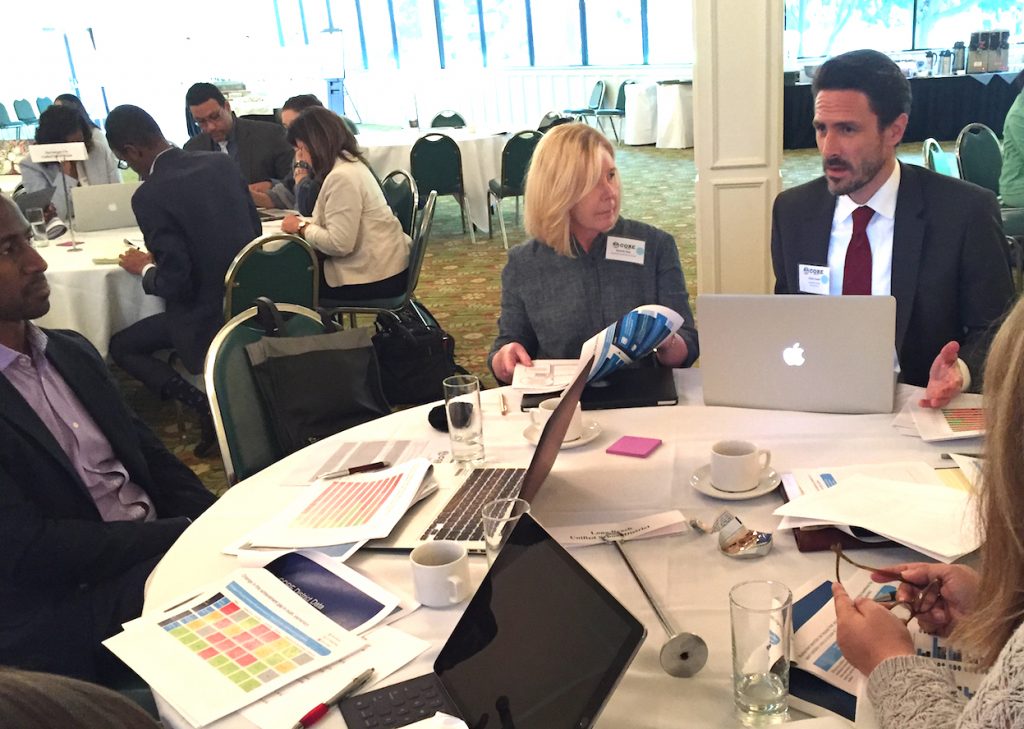 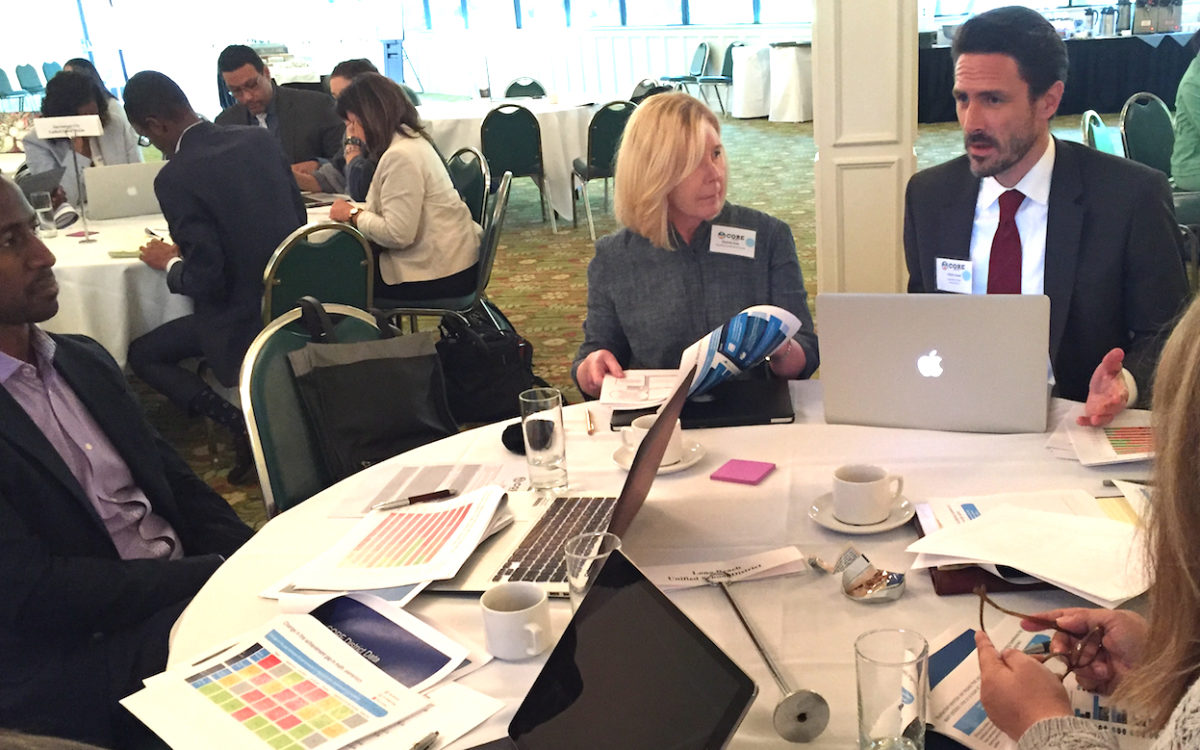 Four years ago, eight California schools districts that banded together in a nonprofit organization called CORE received federal permission under the No Child Left Behind Act to create their own school accountability system. Now the districts want the state’s permission to continue their experimentation with measurements of student growth, school climate and high school readiness. And CORE wants to let potentially dozens of other California districts participate in their work.

That may not happen, at least not anytime soon. In a letter last month, Karen Stapf Walters, the executive director of the State Board of Education, was skeptical of granting CORE’s request for special status as an “Innovation Zone” under the state’s accountability plan and called the idea “premature.” As a result, there is no plan to place CORE’s proposal on the agenda of the July meeting of the state board.

CORE includes the Los Angeles, Long Beach and Fresno unified districts, three of the state’s four largest districts, as well as San Francisco, Oakland, Garden Grove, Santa Ana and Sacramento City. Together they serve more than a million students. An additional 40 districts serving 800,000 students are part of the CORE Data Collaborative, in which they exchange data and use CORE’s school achievement measures.

CORE’s leaders disagree with Stapf Walters’ view of their plan and in a letter to state board President Michael Kirst, CORE requested a conference call with him and other board members to lay out their case for inclusion on the July agenda. There has not been a response, said Julie White, CORE’s director of external communications.

Timing is important. The July 12-13 meeting will be the last before the board adopts a state plan that meets the requirements of the new federal Every Student Succeeds Act. The state plan will explain how to identify and take steps to improve the lowest performing 5 percent of schools that enroll sizable numbers of low-income students. It will also detail how the state plans to spend about $2.6 billion in expected federal funding, starting in fall 2018.

The Every Student Succeeds Act allows states to grant waivers from their school accountability systems for schools and districts to try innovative ways to improve student achievement. New Hampshire, for example, may exempt a handful of districts from annual standardized tests to experiment with a series of assessments measuring mastery of skills throughout the year. Tennessee is proposing a research partnership with Vanderbilt University on implementation issues, according to EdCounsel, a Missouri-based education law firm.

The CORE districts included a range of metrics in the School Quality Improvement Index that they created with their initial federal waiver. There is some overlap with the measurements of performance that the state board has built into the new California School Dashboard, which takes effect this fall: academic test scores, rates of high school graduation, suspensions, chronic absenteeism, and re-designation rates of English learners.

But some of CORE’s metrics are distinct or are variations of the state’s indicators. CORE’s leaders maintain that the state board can learn from CORE’s data. CORE has established a research partnership with Policy Analysis for California Education, or PACE, a Stanford University-based nonprofit research organization, to analyze CORE’s data and share the results with the state and other districts that join the collaborative. The state board can use this information to modify or add additional measures to the state dashboard in coming years, CORE says.

“The Innovation Zone creates powerful learning to help all of us get better together. Continuous learning is not about having all the answers from the start, nor is it about a single measure,” Christopher Steinhauser, president of the CORE Districts and superintendent of Long Beach Unified School District, wrote in a June 8 response to Stapf Walters’ criticisms.

Some of CORE’s measurement work involves:

Student academic growth: The state dashboard’s academic indicator for math and English language arts incorporates yearly changes in standardized test scores in a school and a district by grade: It compares how this year’s 3rd-graders did compared with last year’s 3rd-graders and rates schools and districts on the decrease or increase in scores.

CORE takes a more sophisticated approach, tracking individual students’ scores and comparing the results with the average growth in scores by students with similar family income, race and ethnicity – a method known as value-added. The Smarter Balanced tests were designed to allow growth comparisons, and many states do some version of it. The state board says it too will consider this approach. But it will have several methods by which to calculate student growth, and CORE says the state can learn from its data on how to proceed.

Readiness for high school: Because students’ transition to high school is critical for future success, CORE looks at 9th-graders’ grades and rates of attendance and suspension – information that schools and districts can use to provide extra help. The state dashboard doesn’t include this indicator.

Social and emotional learning: Through surveys, CORE asks students to evaluate themselves as learners: to what extent they believe they can improve, stay on task and empathize with others, and then compare the results with surveys on school climate. This is a new and controversial area of school accountability, and the state board has given no indication it’s interested in similar measures at this point.

The state process in deciding to collect additional student data is cumbersome, while the CORE districts have more flexibility and can be “more nimble,” Gordon said in an interview. “Experimentation with data should be encouraged. I see no down sides in the state working hand in hand with CORE.”

CORE envisions a hybrid system of accountability, in which members’ districts would be measured by all of the elements in the state dashboard, and additionally use its own metrics, like social and emotional learning indicators. One possibility, Steinhauser suggested, is to use the CORE metrics to refine the potential list of the 5 percent of schools that are lowest-performing and in need of state help. A PACE analysis found that while there was much overlap in choosing poorly performing schools in math and English language arts, CORE’s student growth methodology selected schools that the state didn’t choose and vice versa.

The details of how an Innovation Zone would mesh with the dashboard would have to be worked out with the state board, Steinhauser said.

Stapf Walters also questioned whether an Innovation Zone would provide the state board with “reliable and useful” information. Since CORE itself has acknowledged that it isn’t certain it has picked the right measures of performance, it’s unclear what benefit CORE’s information would provide.

In an interview, Steinhauser said that the point of an Innovation Zone is to explore options without knowing ahead of time where they will lead. While he understands the board’s desire for a “safe” approach, since it must create a uniform accountability system for 1,000 districts, CORE will continue to “push the envelope” in pursuit of performance measures that best serve students.

He said that Long Beach will continue to use the CORE metrics, even if the board initially doesn’t include an Innovation Zone, but that he and other districts will be back with the request. He won’t give up, he said.

David Sapp, the state board’s deputy policy director and assistant legal counsel, said it’s still possible that the board could add the Innovation Zone in its final vote on the state plan in September, although he’s not predicting that. He declined to say whether Stapf Walters’ concerns reflected the views of Kirst, who sets board meeting agendas, and other board members.