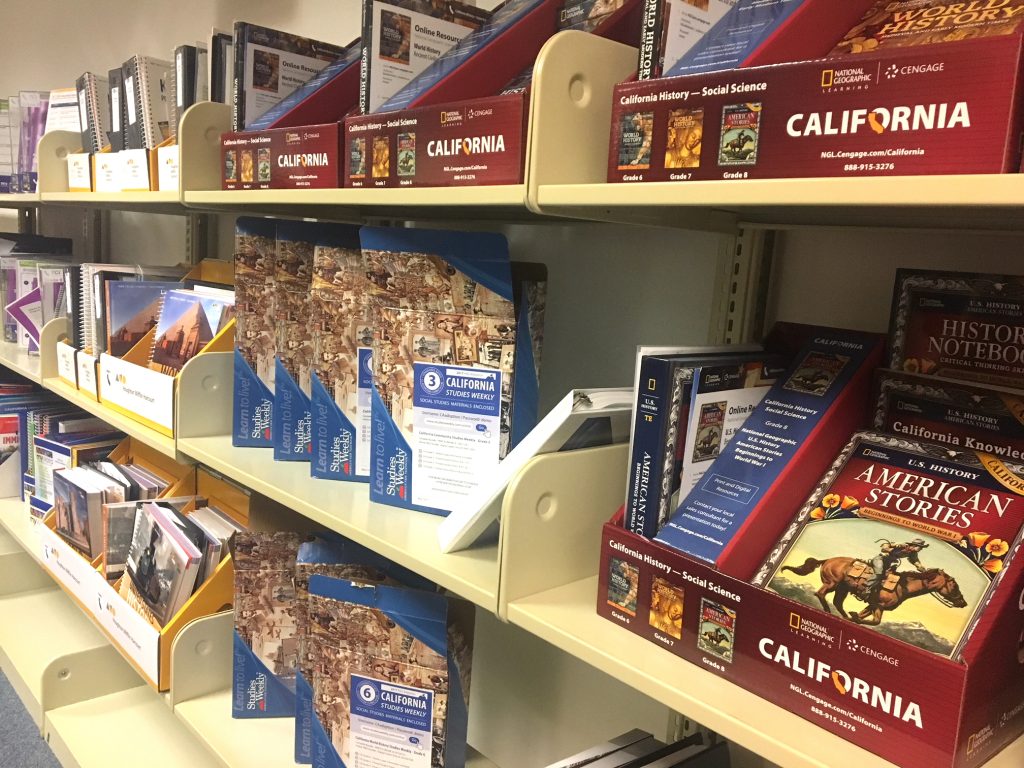 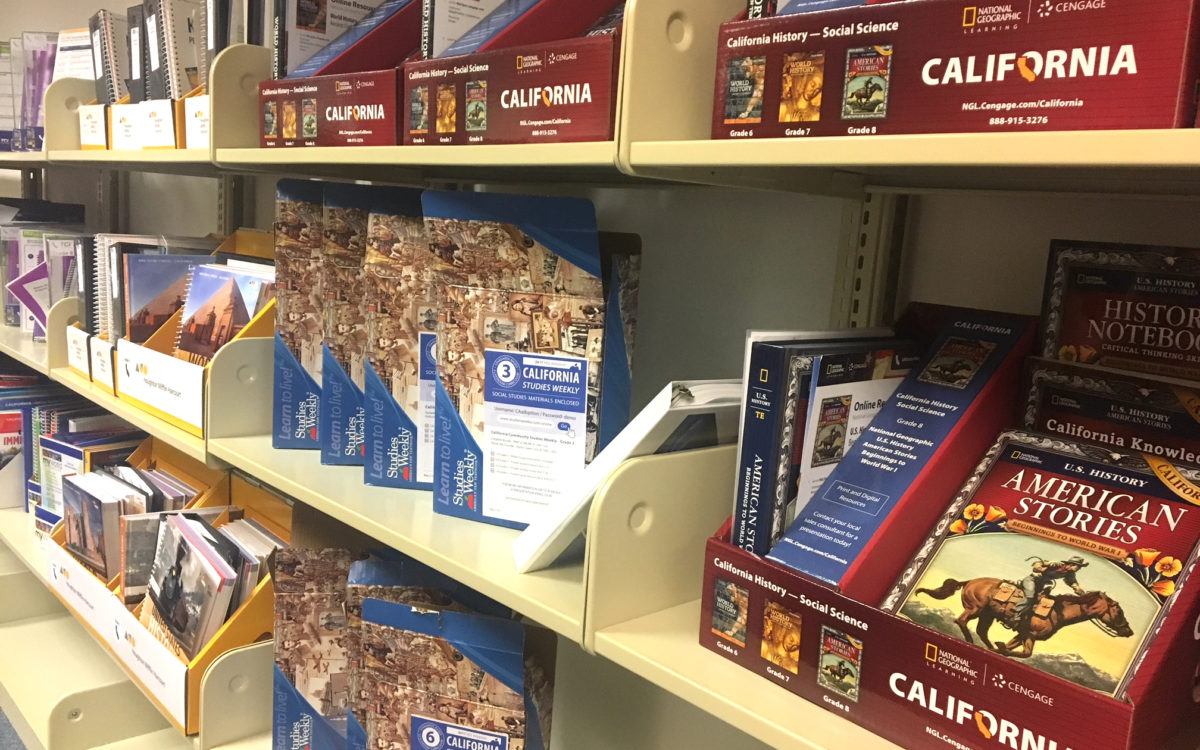 For the first time, the State Board of Education on Thursday will consider recommending history social science textbooks that include ‘fair, accurate, inclusive and respectful representations’ of people with disabilities and people who are lesbian, gay, bisexual or transgender.

Two K-8 texts by Houghton Mifflin Harcourt were rejected by a state-appointed commission in part because the middle school text failed to detail the sexual orientation of historical figures such as literary luminaries Emily Dickinson, Ralph Waldo Emerson and Walt Whitman, and U.S. President James Buchanan.

The state board can adopt the commission’s recommendations or come to its own decision. So far, the state has received about 400 written comments regarding the textbooks, including many from people advocating for the fair portrayal of Hindus and many who are concerned about the LGBT references. Due to anticipated controversy, the board has scheduled a full day hearing before its vote.

The textbook review has also stirred controversy on some review panels, including one that split on its decision affecting Houghton Mifflin Harcourt’s K-6 texts, which led to 22 panelists signing a letter claiming that the entire process was flawed.

Materials submitted by McGraw Hill, National Geographic Learning, and Pearson Scott Foresman & Prentice Hall are among those from seven publishers the commission is recommending out of a total of eight publishers that submitted materials.

“The absence of specific labels regarding sexual orientation creates an adverse reflection because the identity of these individuals is not honored and demeans their contributions to history,” according to the commission. “The depictions of these individuals do not specifically refer to achievements in art, science or other fields as LGBTQ contributors.”

In its written response, the publisher (HMH) said it acknowledged that “the achievements of people who experience or express sexual desire for their own sex as well as those who do not conform to conventional gender norms are central to both United States history and culture. However, HMH feels that the terms lesbian, gay, bisexual, transgender, and queer are contemporary terms that may not map well on past lives and experiences.”

Instead, it suggested adding additional biographical material related to gender roles and sexuality in the teacher’s guide, but not the student’s text. For example, it offered to include this information for teachers:

“Though Whitman never publicly addressed his sexuality, his poetry, letters, and journals suggest that Whitman would identify as gay if he were alive today… Whitman shared a decades-long romantic friendship with bus conductor Peter Doyle. Though the two never lived together, Doyle was Whitman’s muse.”

Leah Riviere, a spokeswoman for Houghton Mifflin Harcourt, said the publisher would be “disappointed” if the board does not approve its materials.

“Because the process is still ongoing, we cannot comment further at this time,” she said. “HMH remains committed to supporting California’s teachers and students.”

The commission also rejected Houghton Mifflin Harcourt’s texts for K-6 students in part due to “adverse reflections” of people of different genders and ethnic backgrounds. And although the publisher agreed to add more representations of LGBT families, the commission said both the elementary and middle school texts would need so many corrections that they would amount to “rewrites,” which are not allowed in the state’s process.

“This is the way of the future,” said Tarah Fleming, education director for the Our Family Coalition, which is a part of a FAIR Act Implementation Coalition. “When you fairly represent people in history, students are less likely to tease each other. So, it’s not just about seeing people accurately represented. It’s about protecting everyone and creating a less violent space for people to learn in.”

Regarding the split on the initial review panel, panelist Tamara Alexander said she and others were frustrated. “I believe, as do several of the Panel 1 members, that the adoption process was flawed, and also that the CDE (California Department of Education) representatives gave panel members inconsistent information from day to day and from panel to panel,” Alexander said.

The panel’s vote tally does not appear on the final report, nor do 42 social content citations they were promised would be included, she said.

Don Romesburg, associate professor and chair in the Sonoma State University Women’s and Gender Studies Department and adviser to the coalition, said that the group “was advocating nothing more than inclusion of content in (history and social science) framework.”

LGBT references make up “a very small sliver” of the framework,” Romesburg said, but have become the focus of attention because the state has taken “the unprecedented step of comprehensively including the LGBT past; textbooks should reflect that history.”

Second graders learn about family structures and biographies of American heroes. One change involved astronaut Sally Ride who was identified as living with a partner. At least one publisher objected to describing her as a lesbian since that’s not how she described herself.

A K-5 text by McGraw-Hill won approval in part because it agreed to most of the corrections suggested by the commission. However, even this publisher balked at some of the requested LGBT references to historical figures, saying “they raise complex issues related to academic integrity, including factual verification, language and readability.”

McGraw-Hill further expressed concerns that some commission corrections “may require identifying individuals in a manner that does not reflect their self-identity.” Its policy includes “a recommendation that, as a condition to identifying people with reference to their LGBTQ status, McGraw-Hill Education obtains the opt-out permission of living (or the estate of recently deceased) persons who have not previously self-identified their LGBTQ status publicly.”

Instead, the publisher reworded some of the suggested edits to avoid placing an LGBT label on some historic figures and to make them more understandable to young children. For example, in first grade materials, instead of referring to Ellen DeGeneres as “a lesbian and humanitarian” as requested by the commission, the publisher suggested this revision: “Ellen DeGeneres…works hard to help people. She and her wife want all citizens to be treated fairly and equally…”

The publisher also rebuffed the commission’s suggestion that it refer to Langston Hughes as a “gay” poet, saying “it is not verifiable” and “there is no definitive evidence or scholarly consensus he was gay.” Instead, the publisher suggested adding more information to the teacher’s edition about speculation by some scholars that he was gay.

Critics of the LGBT references include Greg Burt, director of Capitol Engagement for the California Family Council, who has blogged about the issue and urged his readers to voice their concerns about the texts to the commission and to local school boards.

“We do not support the inclusion of language in textbooks to promote a version of sexual orientation and gender identity that doesn’t take into account the sincerely held moral and religious beliefs of millions of California parents,” he wrote in a letter. “Many parents within the state are teaching their children that gender is based on biology, not feelings, and that sexual behavior should not be guided by natural inclinations, but by the moral precepts found in the sacred writings of Jewish, Muslim, and Christian faiths.”

John Coburn, a Sacramento area business owner, wrote that he intends to leave the state if the texts are used in local schools.

“I don’t care if you’re gay or not,” he said. “But I don’t want sexual orientation in history and I don’t want it to be highlighted as an attribute. It has nothing to do with your accomplishment and I just think it’s breaking down the family.

Morgan Polikoff, a USC professor who researches textbook adoptions throughout the country, said the vote could have widespread impacts.

Commission Co-chair Bill Honig said he believed changes by the publishers brought most of the textbooks into compliance.

“The history and social science frameworks that the state board adopted last year follow the law, and I am comfortable that books reflect what the statute requires,” Honig said. “Whether there were enough examples of LGBT historical figures then become a judgment call.”