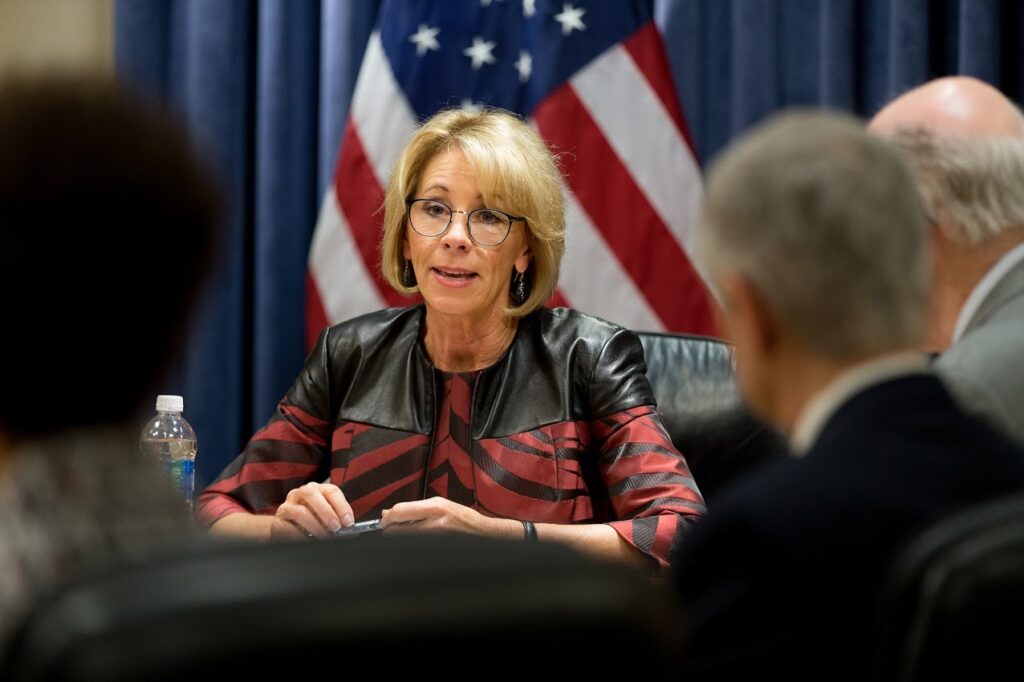 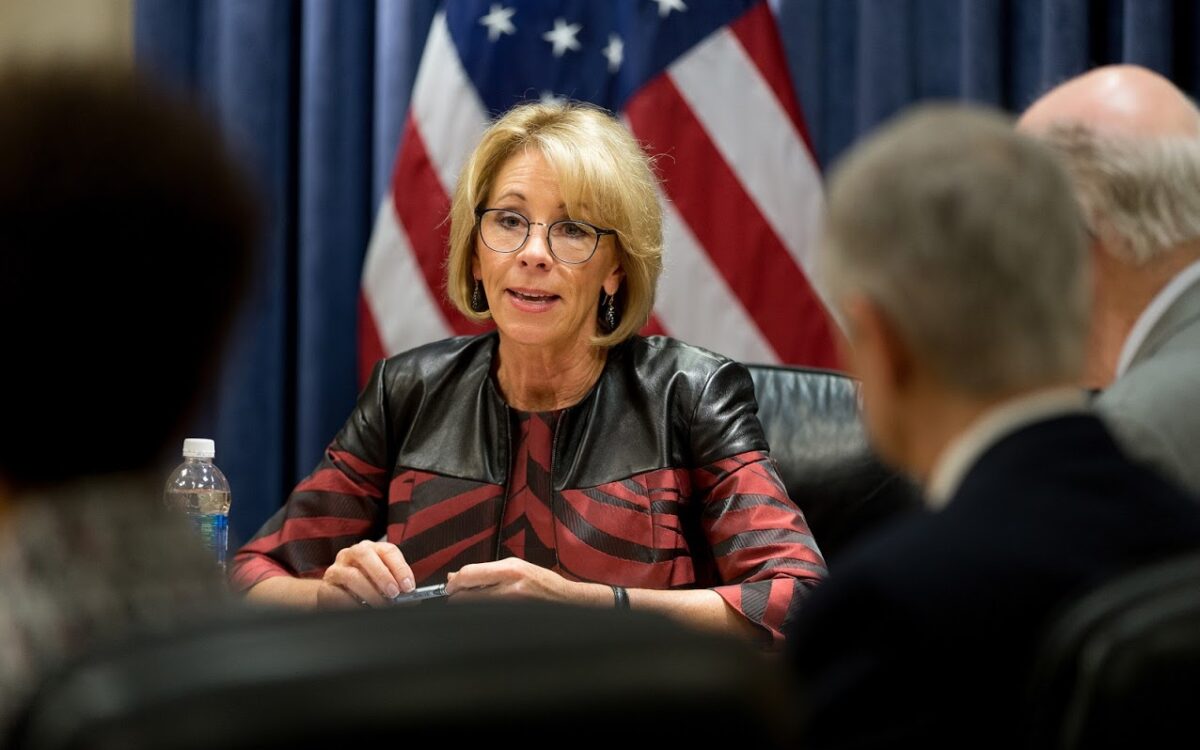 In what under normal circumstances would be standard, almost clichéd, remarks, U.S. Secretary of Education Betsy DeVos said she supports “great public schools” in  a speech to the Council of Great City Schools in Washington D.C. this week.

Why those three humdrum words were significant is that when President Donald Trump selected her to head the U.S. Department of Education, it was hard to find anything on the record in which DeVos expressed support for public schools.

DeVos’ singular passion over many years – now also embraced by Trump – has been to try to provide parents with greater “choice” in selecting options for their children, with an emphasis on taxpayer subsidies to underwrite private school tuition.

Her remarks on Monday appeared to be her strongest endorsement of public schools since taking office just over a month ago.

In her speech, she said “when it comes to the education of a child, I am agnostic as to the delivery system or the building in which it takes place, so long as that child is in an environment that meets their needs and the parents are satisfied. If a child is able to grow and flourish, it shouldn’t matter where they learn.

“When Washington gets out of your way, you should be able to unleash new and creative thinking to set children up for success,” she said, referring to the new federal Every Student Succeeds Act that goes into effect this fall, and devolves much more decision-making powers to states.

But it was notable that despite her endorsement of public schools, she listed them as just “one of those quality options,” not one that serves 90 percent of America’s children and arguably deserves far more attention than the others. Her description in effect put traditional public schools on a par with others in “school choice” advocates’ toolkits.

Although she was politely received, the audience was not what would be considered a particularly friendly one. It consisted of representatives of 70 of the country’s largest urban public school districts, which cumulatively serve 7 million students and which for decades have had to contend with parents in their geographic areas choosing to send their children to private schools, and increasingly to charter schools.

DeVos was introduced by Felton Williams, chair of the council’s executive committee and a member of the Long Beach Unified School District Board of Education. “We are proud of the fact that our schools accept everyone who walks through our doors,” said Williams to the audience. “We don’t shy away from our challenges.” That appeared to be a reference to the fact that many private schools, and at least some charter schools, can be selective about who they admit, in contrast to public schools that have to serve all students.

As she has done numerous times before, she began by referring to The Potter’s House, a private Christian school in Detroit that she visited decades ago with her husband Dick DeVos, the multibillionaire whose father was a cofounder of the Amway Corporation. That visit, she said, prompted her to become involved in education, and appears to have had a seminal influence on her views regarding school choice.

The school, she said, offers scholarships to low-income and minority children.

The “statement of faith” on the school’s website says that teachers and staff at the school “believe that the Scriptures, both Old and New Testaments, to be the inspired Word of God, without error in the original writings, the complete revelation of His will for the salvation of men, and the Divine and final authority for Christian faith and life.”

It also says that teachers and staff affirm that they believe that “the shed blood of Jesus Christ and His resurrection provide the only ground for justification and salvation for all who believe, and only such as receive Jesus Christ are born of the Holy Spirit and, thus, become children of God.”

DeVos in her speech said “one of the most important things we can do is highlight and celebrate out-of-the-box approaches.” She pointed to two examples of public school innovation, Thomas D. Gregg School 15, a middle school in Indianapolis, and the work of Project Lead The Way in Cleveland, linking students to careers in computer science, biomedicine and engineering.

School 15 could become an “innovation school” next year under legislation signed by Indiana’s former governor and now U.S. Vice President Mike Pence. As described in a Chalkbeat article cited by DeVos, until now most innovation schools in Indianapolis have been charter schools. School 15 would be run by a nonprofit board, and leaders in the transformation effort include representatives from a local John H. Boner Community Center and the Englewood Christian Church.

DeVos also cited the Success Express bus program in the Denver Public Schools that provides transportation to children from some parts of the city to others to provide them with access to “quality options.”

“In these examples and in many others across the country,” she said, “children have the opportunity to flourish as their teachers and administrators innovate and tailor education to the needs of their students and communities.”

This is one of an ongoing series of articles on U.S. Secretary of Education Betsy DeVos’ first few months in office. Their purpose is to provide insights and perspectives on the kinds of policies she and President Donald Trump may promote in the months and years ahead.