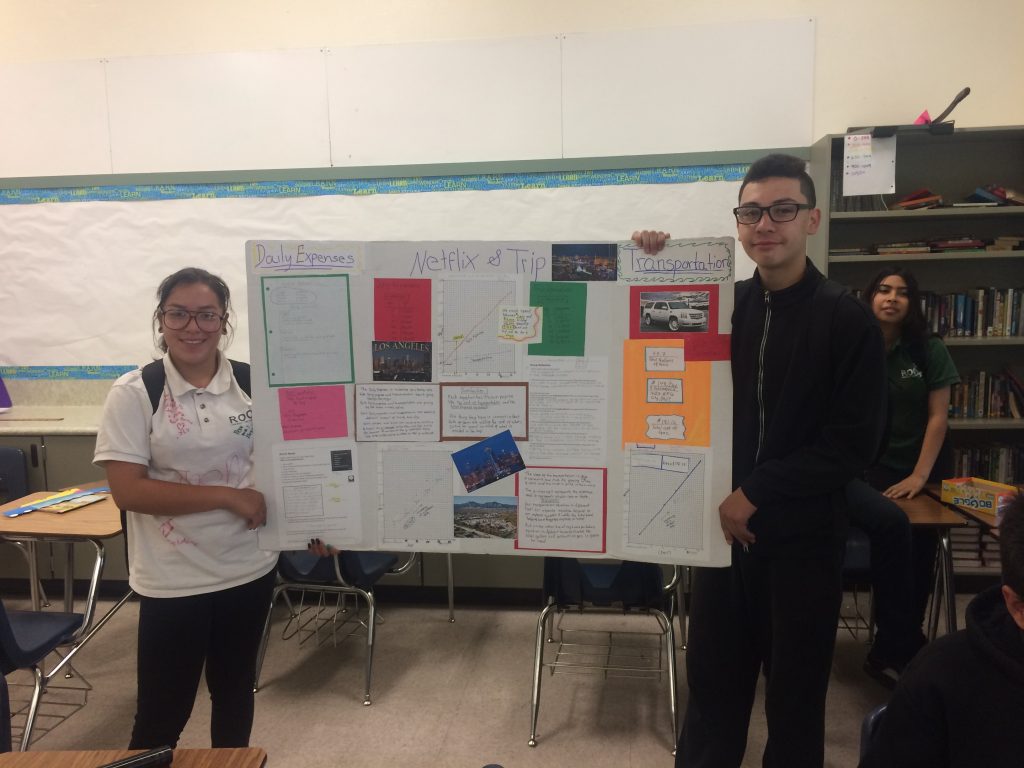 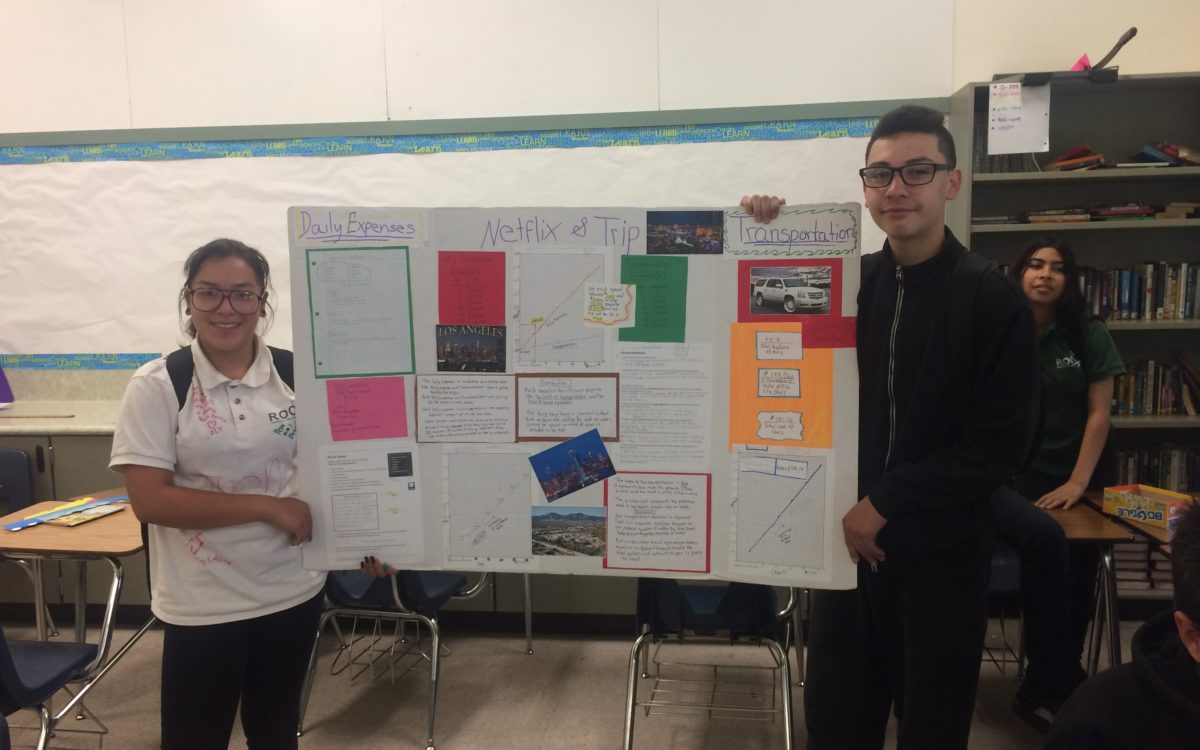 This summer, more than 3,000 California middle-school students who are struggling in math will give up the carefree, endless days of summer for algebra. Voluntarily.

A free math camp called Elevate Math, funded by the Silicon Valley Education Foundation, aims to give an academic boost to kids who are performing just below average – but not failing – in middle-school math. More than 30 school districts, including San Francisco Unified and Oakland Unified, and charter organizations in Northern and Central California will be participating. Next year Elevate plans to expand to Southern California.

Districts select students who “nearly meet standards” to participate in Elevate Math. The program is not designed to help failing kids catch up or make up units; it covers material the students can expect to see in the upcoming school year, so when they start school in the fall they “go from struggling in math to being the smart one in the class,” said Colleen Thomas, Elevate Math’s senior program manager.

“This isn’t remedial education. This is about staying on track to meet college entrance requirements later on,” Thomas said. “If students fall behind in 8th grade, their success rate in high school is much lower. That’s why we want to catch them in middle school and get them back on track.”

Teachers are also eligible for free training and paid jobs teaching in Elevate Math summer programs. The camp, which runs from mid-June to mid-July, is held on school campuses and taught by local teachers.

The Elevate Math curriculum varies by grade, but in general covers Common Core-aligned topics such as linear equations, variables, graphs and other hallmarks of beginning algebra and geometry.

But the program also includes other activities, such as workshops, field trips to workplaces, guest speakers and college information nights for families. Since it started nine years ago, Elevate Math has expanded to serve students entering 6th through 10th grades. (Some middle schools are 6-8th grade, others are 7-9th grade).

A 2015 study of Elevate Math, done by the educational consulting firm WestEd on behalf of the U.S. Department of Education, found that 8th-graders enrolled in the program scored an average of 4 points higher on an algebra diagnostic test than their peers, and 29 percent – compared to 12 percent of their peers – were deemed to be ready for high-school algebra.

Middle school, according to some studies and educators, is a crucial time for math education. Students who don’t take pre-algebra in 7th or 8th grade have a difficult time catching up in high school and meeting the entrance requirements for the University of California and California State University, which both require algebra, algebra II and geometry for admittance.

Students who flounder in middle-school math are also more likely to develop mental blocks to the subject, said Babette Benken, professor of math and statistics at Cal State Long Beach and director of graduate studies at the school’s College of Natural Sciences and Mathematics.

“Algebra is where we tend to lose students,” she said. “If they have a weak education in pre-algebra, they really struggle with algebra. Even if they re-take algebra they have a hard time. It becomes, ‘I can’t do this. I’m stupid. I’m never going to get it. I give up.’ ”

Programs like Elevate Math can help, but students who are on the brink of falling behind need support all year, not just for a month in the summer, she said. The WestEd study drew the same conclusion. The middle-school math curriculum itself needs to be more engaging and relevant, Benken said.

For example, for a lesson on calculating slopes, instead of showing students a graph and lecturing about the slope formulas, teachers could take students outside and have them measure a wheelchair ramp.

“How fast would a wheelchair go down the ramp if it was sloped differently? Have them try it out and measure for themselves,” said Benken, who once led a middle-school math camp at Cal State Long Beach. “Let them see how math is a part of their everyday life.”

At Ethan A. Chase Middle School in Menifee in Riverside County, math teacher Shaun Bunn – a 2016 California Teacher of the Year – teaches his students how to write different kinds of equations by having them compare Sprint and Verizon phone plans.

“Once math is practical, it’s not scary any more,” he said. “Instead of saying 2x + 4 = 10, I say, how many apples is that? Let’s break it down. Algebra can be very abstract, but if you can show them how it’s connected to real life they have an easier time understanding.”

Bunn is a proponent of any program that helps middle-school kids embrace numbers, he said. Middle-school students are grappling with so many distractions – hormones, physical changes and peer pressure, for example – that engaging them in something relatively dry like algebra can be especially challenging.

“Some kids come in thinking math is evil. So anything that takes away the stigma, makes math seem fun, is great,” he said. “Go to an amusement park to learn about velocity? Why not?”

At Roots International Academy, a public middle school in east Oakland, 8th-grader Isaac Sanchez said he’s hoping to attend Elevate or a similar summer math program before he starts high school in the fall. He’s “not the best at math,” he said, but wants to catch up so he can pursue his dream of becoming a computer engineer.

“Math isn’t my favorite subject but it’s something you need in life,” he said. “It’s been a challenge for me, but I’m not giving up.”

He said he’s suffered from mental blocks in math in the past, but has learned the importance of asking classmates or the teacher for help when he’s stuck. He’s hopeful that extra math help over the summer can help him prepare for high school, he said.

His teacher, Alefiyah Lokhandwala, said summer programs such as Elevate or one she works in, called Smash, organized by the Level Playing Field Institute, are important for middle-school students because they offer structure and consistency. They give kids something to do over the summer, help keep the subject matter fresh in students’ minds, and increase kids’ self-confidence in a subject they’re struggling with.

At the middle-school level, students’ attitudes about math are just as important as what they’re learning, she said.

“It’s about the culture in the classroom, making sure students feel positive about coming to class and learning,” she said. “I want them to know it’s OK to make mistakes. It’s OK to struggle a little bit until you get the right answer. The important thing is that they become self-confident problem solvers. Summer programs can be a great help with that.”