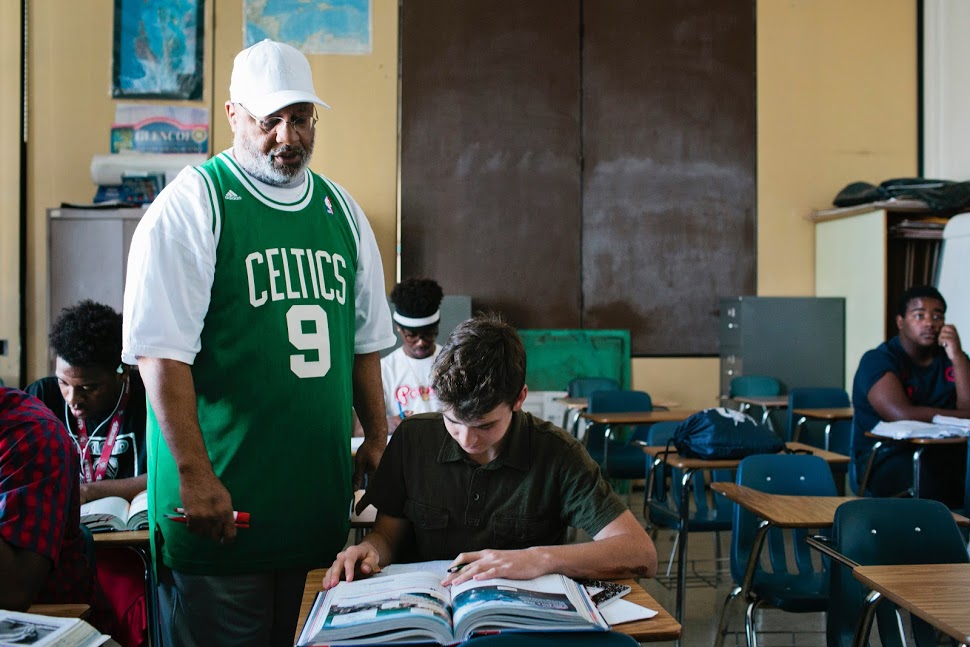 It was only the second week of school and Ernesto* had already cussed me out twice. He learned to protect himself in the school of hard knocks, where daily lessons involve neglect, abuse and distrust from the adults in his life. His father left him when he was young, and his mother worked multiple jobs to support him and his younger brother. Underneath the tough exterior, however, I know there is a great 12 year-old kid.

All of last year, Ernesto and I had a tumultuous relationship. One day, he would drop expletives-laced diatribes and the next day he would ask for my help. Every time, Ernesto tested my ability to forgive.

Unfortunately, there are too many Ernestos in our classrooms across the country. Boys who, without knowing how, beg for help, support and attention.

One day, Ernesto told me that I was only the second male teacher he’s had in six years of schooling. This isn’t surprising. According to the California Department of Education, fewer than 27% of teachers in the state are male, while 51% of school-aged children in California are boys. Only 3.2% of kindergarten and preschool teachers are men. In terms of educational outcomes, gender disparity in the teaching profession matters.

Like Ernesto, too many boys grow up without a strong male role model at home — or at school. This gender disparity in the teaching profession is unfortunate because it is critically important for young boys to see positive male role models in their lives. Qualities that make a great teacher, like patience and sympathy, are not typically associated with men. By modeling these character traits, male teachers can shape their students’ ethical compass and might even inspire them to become teachers themselves. As much as young men look up to sports figures, a strong male role model in the front of the classroom can positively influence the emotional development of his students, especially boys.

Many male teachers share similar interests with their male students, which serve as a great conduit for meaningful connection. I frequently use my love of sports to create sports-themed activities. One of my students’ favorite games is dice baseball. The rules are simple: A student “pitches” a question to another student. That student then has three “strikes” to answer it correctly. If they answer it correctly, they get to roll two pair of dice. A “12” roll, which is uncommon, is a home run, while an “8” roll, which is common, is an out. We usually play an entire 9-inning game complete with the obligatory 7th inning stretch. And the kids learn in the meantime.

Fortunately, there are a number of ways to deal with the dearth of male teachers. If male teachers were featured more prominently in the media in positive ways, it would go a long way in convincing them to enter the profession. In 2015, then Secretary of Education Arne Duncan launched the TEACH Campaign, whose mission in part was to recruit more male teachers into our nation’s classrooms. Celebrities such as Oprah Winfrey, Bill Gates and John Legend filmed public service announcements about the rewarding aspects of the teaching profession. If we want to persuade more men to become educators, our society should celebrate and respect male teachers in the same way we idolize sports figures and celebrities.

Moreover, we can financially incentivize male teachers to enter the profession. For example, the Teacher Quality Partnership Grant, administered by the US Department of Education, currently seeks to recruit and retain teachers in hard-to-staff subjects by providing grants to teacher colleges to offset or completely subsidize the cost of earning a teaching credential. This same concept could be applied to underrepresented demographics, such as male teachers in elementary schools. By lowering the barrier of entry to the profession, more men would be incentivized to teach. The future of boys like Ernesto depends on it.

By the middle of spring semester last year, Ernesto and I had established a positive rapport. He began sharing more details about his personal life, and in the process, I made an enlightening discovery. It turned out that he had frequent court dates to sort through an ongoing custody battle. After a bit of probing, I realized that his most difficult days in the classroom coincided with those court dates. From that point forward, I paid closer attention to Ernesto’s social-emotional needs, and made it a point to be especially patient and empathetic with him. As Ernesto begins his second year as my student, our bond is as strong as ever. I know that we’ll have the best year yet.