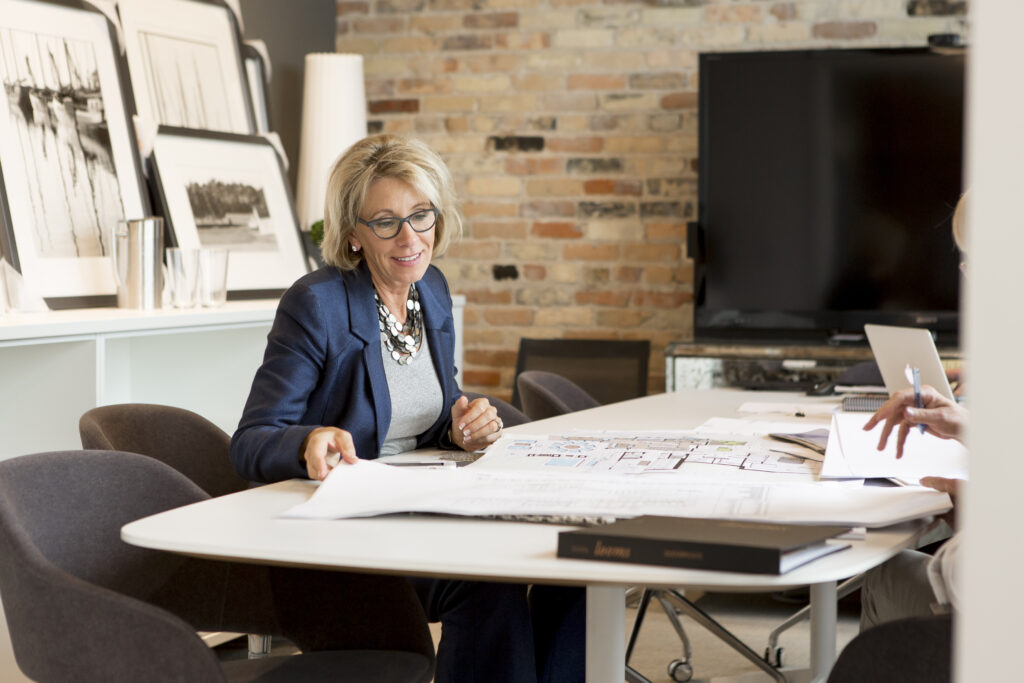 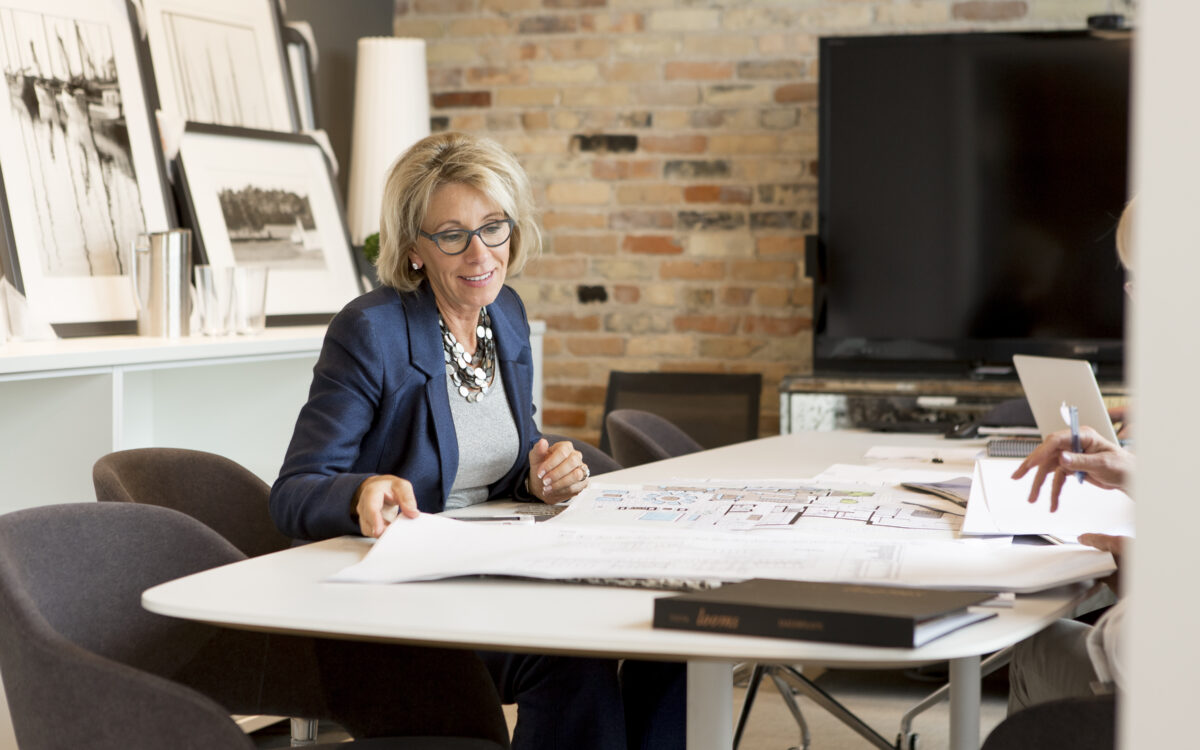 At a contentious confirmation hearing that mostly broke along party lines, Betsy DeVos, President-elect Donald Trump’s nominee to be secretary of education, said she wouldn’t try to force states to adopt private school voucher programs along the lines of those she has promoted around the nation for several decades.

Her views are especially relevant to states like California with a history of opposition to taxpayer-funded vouchers that could be used to pay for tuition at private schools.

Appearing before the Senate Health, Education, Labor and Pensions Committee, DeVos responded to a series of questions from the committee chairperson Sen. Lamar Alexander, R-TN, against a backdrop of Democratic anger that Alexander allowed only one round of questions, limited to five minutes, for each senator.

Republicans uniformly expressed strong support for DeVos, while Democrats criticized her on multiple fronts, ranging from her lack of experience, her attendance at private schools as a student, and the use of her family’s fortune to advance conservative candidates and causes.

Democrats also complained they had not received a report from the Office of Government Ethics on DeVos and her finances, something they said Republicans had demanded before holding hearings for President Barack Obama’s nominees.

Alexander pointed out to DeVos that he had failed to get a private school voucher plan through the Senate in 2015, and for that reason it was not in the Every Student Succeeds Act, the successor to the No Child Left Behind law approved overwhelmingly by Congress in a bipartisan vote and signed into law by Obama just over a year ago.

“You believe very strongly in giving low-income parents more choices in schools,” he told DeVos. “Would you try to write a regulation to implement that through the U.S. Department of Education even though Congress couldn’t do it?”

“I acknowledge it is your role to write laws and the department’s role to implement them,” responded DeVos.

“So no matter how strongly you felt about school choice, you wouldn’t be prepared to mandate Washington state and Tennessee to implement a particular school choice plan?” he asked.

“I would hope I could convince you of the merits of that, maybe in some future legislation, but certainly not in a mandate from the department,” DeVos replied. Yet her response hinted at the prospect that the Trump administration might try to get a voucher plan approved by Congress at some point.

Alexander then asked her if she would support a plan that allowed states to voluntarily use federal monies for scholarships that parents could use for private school tuition. “I think it would really be dependent on each state’s political realities and culture, and how they wanted to approach that opportunity or that option,” she said. “If they wanted to expand it, that would be another alternative as well,” she said, referring to 25 states that she said already have some kind of private school voucher program.

In her opening statement, DeVos sought to rebut criticisms that her record over many years indicate little or no support for public schools that serve most children, or a belief that they could improve.  “The vast majority of students in this country will continue to attend public schools,” she said. “If confirmed, I will be a strong advocate for great public schools. But, if a school is troubled, or unsafe, or not a good fit for a child – perhaps they have a special need that is going unmet – we should support a parent’s right to enroll their child in a high-quality alternative.”

In a rapid-fire exchange, Kaine challenged DeVos on a statement she had once made calling the public school system a “dead end.” Kaine repeatedly asked DeVos whether all K-12 schools that who receive public funds should meet the same accountability standards.

“Will you insist on equal accountability standards?” he asked.  But she refused to say that she would, except to say several times “I support accountability.”

The clear intent of Kaine’s questioning was to probe whether private schools that would receive public funds under a “school choice” program along the lines of those advocated by DeVos would be held to the same standards as public schools.”

Kaine also asked DeVos whether all schools — private or public — should be required to meet the requirements of the Individuals With Disabilities Education Act (IDEA), a federal law.  DeVos said she thought that was “was a matter that’s best left to the states.”

When pressed, she indicated that she “may have confused it,”  referring apparently to the federal law.

Sen. Bernie Sanders, D-VT,  said he feared that DeVos’ nomination was evidence that “we are moving to an oligarchic society.” He asked her whether it was accurate that her family had contributed as much as $200 million to Republican candidates.

“It is possible,” replied DeVos.

“If you were not a multibillionaire, if you had not made contributions to the GOP, do you think that you would be sitting here (as the nominee to be secretary of education)?” Sanders asked. She said she believed she would be, based on her work “to empower parents” over many decades.

He challenged her to support his calls during the presidential campaign for free public education. She deflected the question by saying “we can work together to make sure that higher education is affordable for all young people who want to attend it,” she responded.

The only Republican senator to question DeVos’ zeal for giving parents choices outside traditional public schools was Sen. Lisa Murkowski, R-AK, who pointed to the impracticality of a school choice program in a state with as far-flung a population as Alaska. “When there is no way to get to an alternative option for your child, the best parent is left relying on a public school system that they demand to be there for their kids,” she said.

Democratic senators repeatedly expressed frustration at being limited to five minutes, which did not allow them to follow up on questions or press DeVos on multiple issues. Murray, who in a model of bipartisanship had worked closely with Alexander in authoring the Every Student Succeeds Act, accused him of “preemptively cutting off our members from asking questions.” “I don’t know what you want to protect Ms. DeVos from,” she said.

In one of the more bizarre moments of the hearing, Sen. Chris Murphy, D-CT, whose state was the site of the infamous Newtown school massacre, asked DeVos whether guns “have any place in or around schools.”  DeVos again suggested that was an issue ” best left to locales and states to decide.” When pressed by Murphy, she said that there may be schools in Wyoming, for example, that might need a gun to “protect them from potential grizzlies.”

A dramatic exchange came at the very end of the hearing when Murray, as ranking Democratic committee member, was allowed to ask another question.

“President-elect Trump was recorded as bragging about kissing and groping and trying to have sex with women without their consent…. If this behavior of kissing and touching women and girls happened in a school, would you consider this a sexual assault?” an emotional Murray asked.

Alexander adjourned the meeting, saying senators could send additional questions in writing to DeVos by Thursday afternoon. He said he would shoot to have a confirmation vote next Tuesday, four days after the inauguration of President-elect Trump.

This report was updated on Jan. 19 to include more details on the DeVos confirmation hearing.