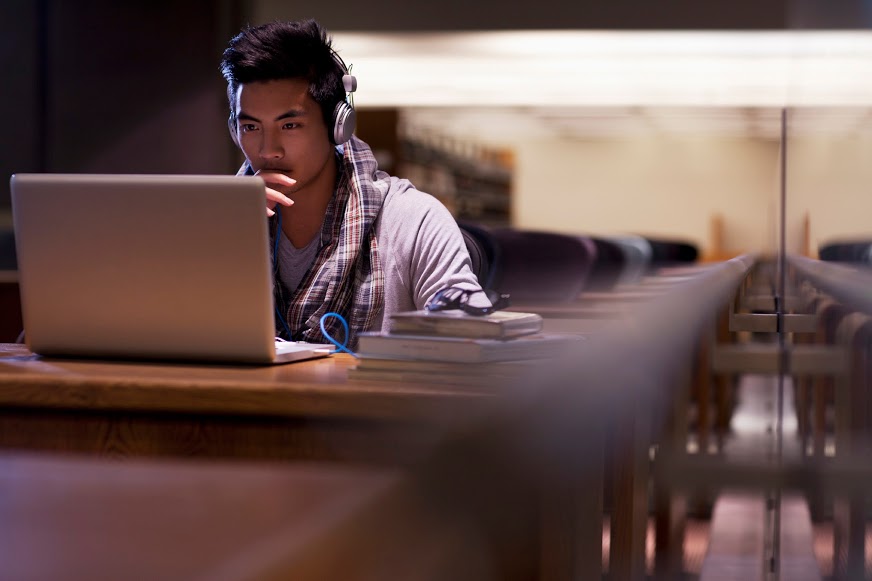 Programs run by the U.S. Department of Education, which distributes funding for numerous programs to all states, would be cut by $9 billion under the Trump administration’s proposed federal budget for the fiscal year beginning in October.

Presidential budgets typically serve as wish lists, and it is far from clear what parts of  the document released Tuesday will be enacted by Congress. But the document provides important insights into President Donald Trump’s education agenda, and where his priorities lie.

The proposed budget is similar to the blueprint released by the White House in March. In both proposals, the U.S. Department of Education, which funds much of the K-12 and higher education programs nationally, would be downsized by more than 13 percent, from roughly $68 billion to about $59 billion. Higher education programs, including student loan programs, would also be trimmed.

Gone would be $2.1 billion the government spends on teacher preparation under the  Supporting Effective Instruction State Grants program. Also on the chopping block is $1.2 billion for after-school programs across the country — the 21st Century Community Learning Centers. In 2015-16 California received $249 million for teacher preparation programs, and $132 million for after school programs.

California’s State Superintendent of Public Instruction Tom Torlakson blasted the budget’s education proposals. “I give this budget an ‘F’ grade for failing public school students in California and across the nation,” he said.

Trump’s budget seeks to eliminate $3.6 trillion in total federal spending in the next decade. In explaining the cuts, Mick Mulvaney, the director of the White House Office of Management and Budget, said, “Compassion needs to be on both sides of that equation. Yes, you have to have compassion for folks who are receiving the federal funds, but also you have to have compassion for the folks who are paying it. And that is one of the things that is new about this president’s budget.”

California Gov. Jerry Brown criticized the overall budget. “It gives a massive tax break to the wealthiest, while imposing painful and debilitating burdens on tens of millions of decent and hard-working people. It’s unconscionable and un-American,” he said.

While proposing cuts to several education programs, the White House is also seeking to ramp up support for charter schools and to underwrite tuition for K-12 private schools using taxpayer funds.

The budget plan allocates $1.4 billion  for “school choice” initiatives. This includes an extra $150 million, above the current level of $333 million, to help charter schools get started, and to “replicate and expand” existing high quality charter schools.  It also calls for an additional $250 million to provide scholarships to students from low income families to attend private schools of their choosing.

These programs are often referred to as vouchers, although they can be funded in a variety of ways.

Despite the funding increase Trump is seeking for charter schools, the California Charter Schools Association took issue with the much larger cuts he is proposing to make to numerous other education programs.

“We are concerned by the deep cuts included in the proposed FY 2018 budget released today by the federal government, including $54 billion in overall cuts to non-defense discretionary spending, of which $9 billion would come from the Department of Education,” said Emily Bertelli, a spokesperson for the association.  “Sustaining charter schools and all public schools requires great investments at all levels,” she said. “We call on Congress to sustain and increase its overall investment in public education funding to meet the needs of all public school students, including charter and district school students.”

Torlakson alluded to the fact that California voters have twice rejected private school voucher initiatives, in 1993 and 2000. “Vouchers are unpopular in California,” Torlakson said. “They take critical resources away from our public schools.”

Some local school leaders also took issue with the proposed budget. Nick Melvoin, who last week defeated Los Angeles Unified board president Steve Zimmer in a runoff election, said that “the Trump budget is nothing short of an assault on our kids.”

“The cuts to worthwhile initiatives, including after school programs, career and technical education, and mental health support, will only limit educational opportunities for families in Los Angeles and across the country,” he said.  He also called voucher programs“ineffective” and “harmful.”

On the higher education front, the White House seeks to cut $143 billion over the next decade through changes to the way federal student loans are managed. The federal work-study program that low-income students use to help cover college costs would shrink as well. California would receive just $56 million in 2017-18 under the budget, a roughly 50 percent drop from the previous year. If Trump has his way, California would also lose $86.8 million in Federal Supplemental Educational Opportunity Grants — tuition assistance for low-income students that he wants to eliminate completely.

In total 28 U.S. Department of Education programs would be trimmed or cut completely, though the department says six of those are being phased out due to congressional passage of the 2015 Every Student Succeeds Act.

The budget would continue to fund the Title I program – money intended to support programs in schools serving low-income students – at an increased level of $15.9 billion. However $1 billion of those funds would go toward a demonstration program that would send money to school districts that agree to accept students from districts outside of their geographic boundaries. The districts would have to agree to “offer a range of viable school options and enable federal, state and local funds to follow students to the public school of their choice.”

The plan is a version of what in policy circles is called “portability” — making funds “portable” by having them follow the student, rather than going to the district or the school.

The remaining $14.9 billion represents $550 million less than what Congress approved to fund the program a few months ago, but is similar to 2016-17 spending levels.

The White House is calling the Title 1 plan “Furthering Options for Children to Unlock Success,” or FOCUS.  Elizabeth Hill, press secretary for the U.S. Department of Education, told EdSource districts would apply for the program and be eligible for the funding if they agreed to open their enrollment to students from outside their boundaries.  She said it would be up to the districts to determine how much money they’d spend on each student they enroll under the program. Charter schools would be eligible for funds from this program as well, Hill said.

The proposed budget also calls for establishing the “Education Innovation and Research Program,” a successor to the Investing in Innovation (i3) program initiated by the Obama administration.  Funding would be increased by $250 million, and those funds would go to states and school districts to “test and build evidence for the effectiveness of private school choice.”  That presumably would include subsidizing in some fashion the tuition of students wishing to enroll in private schools. Hill said the program’s details are still being worked out.

It is unclear if states like California whose constitutions place restrictions on using public funds for private schools would be able to participate in the program. Echoing Education Secretary Betsy DeVos’ comments at a speech in Indianapolis this week, Hill said it would be up to the states to decide if the voucher program worked for them.

California’s higher education leaders reacted with dismay to most of the Trump administration’s proposals on financial aid and grants to colleges.

California Community Colleges Chancellor Eloy Ortiz Oakley, said that the Trump administration’s proposed financial aid cuts would “diminish the ability of our colleges to educate and train workers for the jobs of today and tomorrow. We will join with our congressional delegation and partners in education to work for a budget that helps more students to earn college credentials and improve their lives and their communities.”

University of California President Janet Napolitano expressed similar concerns about proposed cuts to financial aid, as well as to the budgets of  the National Institutes of Health and the National Science Foundation, which fund numerous research projects across UC’s 10 campuses. In addition, proposed reductions in Medicaid “would make it increasingly difficult for UC health centers to continue to treat the sickest patients and serve as vital safety nets to vulnerable populations,” Napolitano said.

Lupita Cortez Alcalá, executive director of the California Student Aid Commission, said she was “extremely concerned” that some students would be scared away from enrolling in college if some of the Trump administration proposals pass Congress. Even though California offers generous Cal Grants for low-income students, federally subsidized loans and work-study jobs are also important parts of financial aid packages, she said. Without them, “students are going to be taking out more private loans or maybe not attending at all,” she said.

The possible end to subsidized loans, which would result in years of interest being added to debt total, could be “a game changer” for many students, especially since so many take more than four years to graduate and the cost of living in California is so much higher than in other parts of the nation, she said.