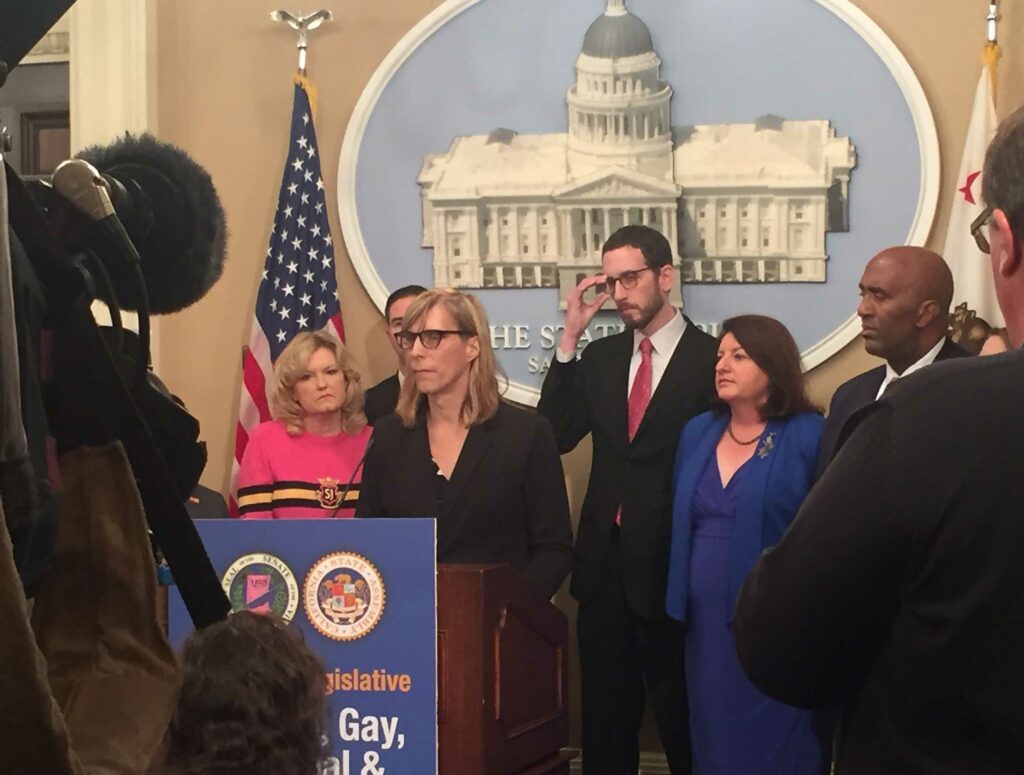 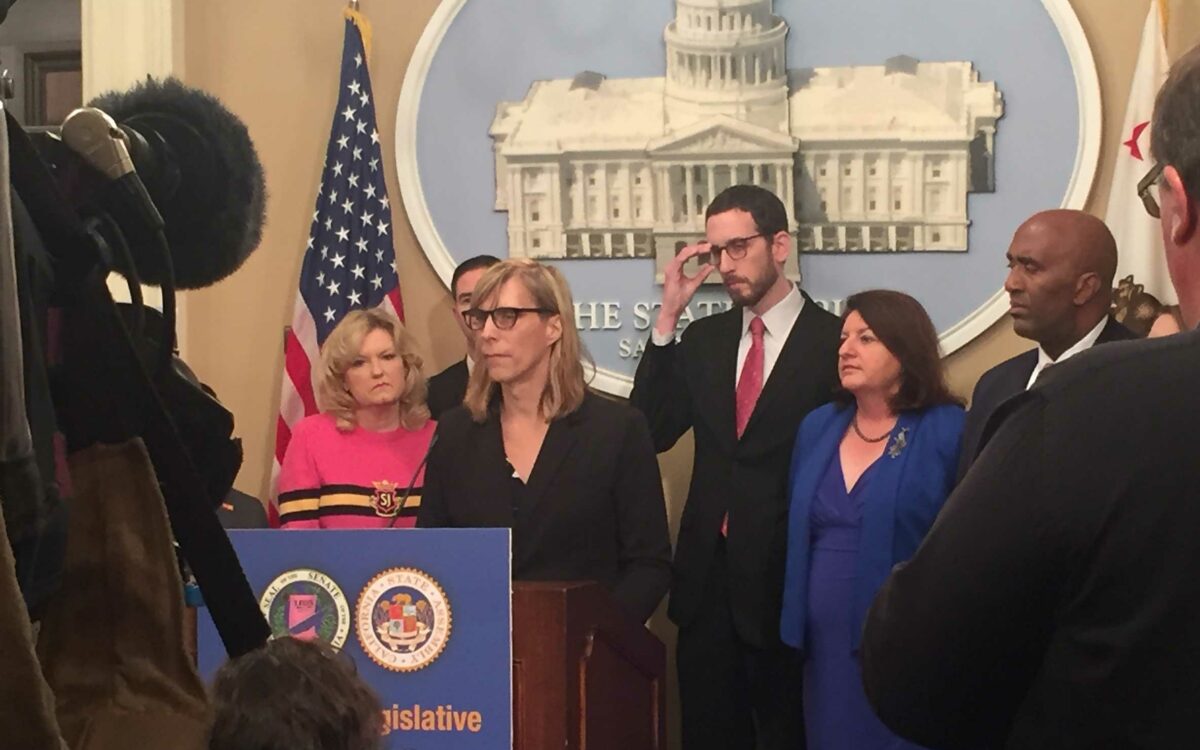 A day after the Trump administration rescinded federal protections that allowed transgender children and youth to use the school bathroom of their choice, members of the California Legislative LGBT Caucus on Thursday told those students that they are legally protected and welcome to be themselves in California schools.

“It wasn’t enough for this administration to bully and pick on immigrants, Muslims and women,” state Sen. Scott Wiener, D-San Francisco, said at a news briefing in Sacramento. “Our president is now bullying, picking on and attacking some of the most marginalized members of our community – children, transgender children.”

Transgender students in California have the right under state law to use bathrooms and locker rooms that align with their gender identity, a term referring to a person’s internal sense of who they are, which may or may not align with their physical features. About 150,000 young people in the United States ages 13 to 17, or 0.7 percent of children in that age group, identify as transgender, according to a study by the Williams Institute at the UCLA School of Law.

In 2016, the Obama administration issued guidance to schools to ensure that transgender students are in a safe environment, including allowing transgender students – whose gender identity is different from their sex at birth – to dress, participate in sports, use bathrooms and locker rooms, and use pronouns according to their gender identity. The Obama administration said that under Title IX of the Education Amendments of 1972, schools receiving federal money may not discriminate based on a student’s sex, including a student’s transgender status.

But 23 states disagreed with that Title IX interpretation and have filed a collection of lawsuits, arguing that the guidance amounted to federal overreach and violates the privacy rights of students who share bathrooms with transgender students. A federal judge in Texas placed a hold on the Obama guidance last year as a multistate lawsuit progresses.

On Wednesday, U.S. Attorney General Jeff Sessions and U.S. Secretary of Education Betsy DeVos revoked the guidance, stating that “there must be due regard for the primary role of the states and local school districts in establishing educational policy.” In a statement, Sessions said that the Department of Justice “remains committed to the proper interpretation and enforcement of Title IX and to its protections for all students, including LGBTQ students, from discrimination, bullying, and harassment.”

The matter is moot in California because of Assembly Bill 1266, signed by Gov. Jerry Brown in 2013.

Tom Torlakson, state superintendent of public instruction, reminded Californians on Wednesday that “regardless of any misguided directives by the federal government and the Trump administration,” the transgender student protections under state law remain in force. “California students will continue to have their civil rights protected,” he said in a statement issued Wednesday.

Caucus members declared President Donald Trump to be no friend of the lesbian, gay, bisexual and transgender community, despite some indications from the president that he would be an ally. And they voiced concern that the Trump administration had disparaged young people who often faced a hostile environment.

“It’s hard enough to be a kid and it’s even harder for LGBT children – the name calling, the bullying, the harassment, the things that kids have to endure,” said Assemblymember Todd Gloria, D-San Diego. “Their president should have their back, and yesterday he didn’t do that. We’re here to say we have our transgender children’s backs.”

Gay, lesbian, bisexual, transgender and queer students face higher rates of harassment at school than straight students, according to research by the gay rights group GLSEN. Support from families, schools and communities can dramatically lower traditionally high rates of depression among transgender youth, according to a study published last year in the journal Pediatrics. Transgender youth reported no higher rates of depression than the general population if they were supported by their communities through their transitions, the study found.

Troy Flint, a spokesman for the California School Boards Association, said the state law is “a fact of life in California schools” and the rollout of the law “has occurred largely without incident.”

“The great majority of our districts recognize a duty to protect students from discrimination and bullying based on gender, gender identity and gender expression,” Flint said. “If there is a lack of clarity about this responsibility, we will work with them to resolve it.”

Evan Low, chairman of the California Legislative LGBT Caucus, read aloud during the press briefing a phone number for transgender students to call (916-442-0185, the Sacramento LGBTQ Community Center), if they were having any issues with discrimination at school. “If there are any Californians here who would like assistance, we will ensure you get the type of resources you need,” Low said.

“We want to make it very clear that here in California, we do not stand for discrimination,” he said. “We stand for acceptance and love.”