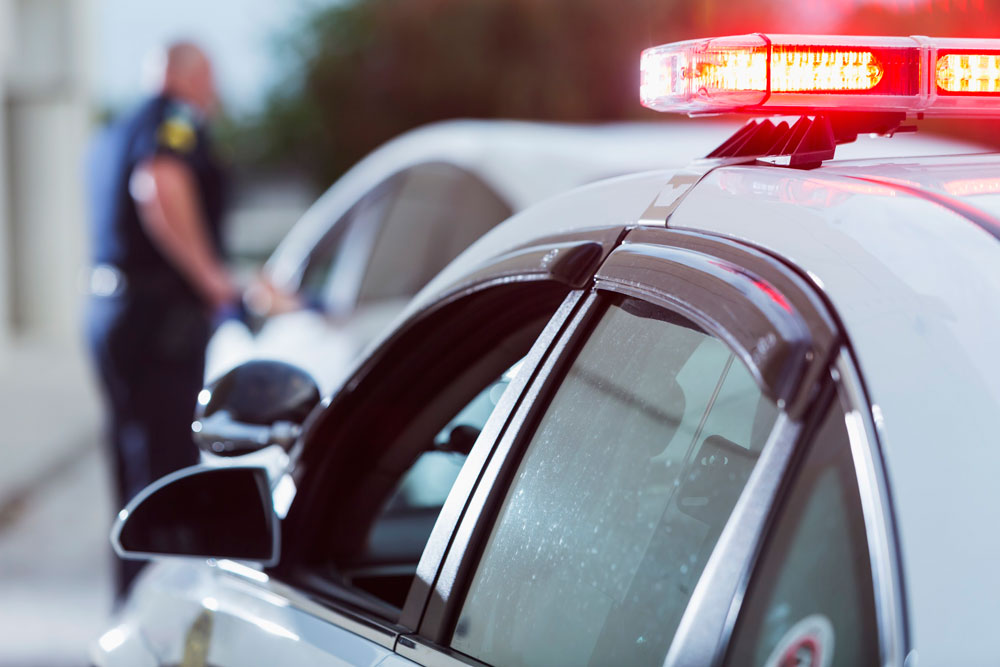 School police in the Stockton Unified School District arrested nearly 1,500 students in the last four years, with more than half of the arrests involving low-level misbehavior such as disturbing the peace or truancy, according to a new data analysis released Tuesday.

The arrests indicate “a culture of over-policing” in the district, concluded “Over-Policing in Stockton: A Report Card” by the Stockton Education Equity Coalition, a collection of advocacy organizations including the American Civil Liberties Union of Northern California. Teachers and school administrators should “treat school discipline as an opportunity to teach students, rather than criminalize them,” said Linnea Nelson, a staff attorney with the ACLU of Northern California.

Research has found that students who are arrested are more likely to fall behind in classes, drop out of school and wind up involved in the criminal justice system.

Dianne Barth, a spokeswoman for Stockton Unified, said the Stockton Education Equity Coalition did not recognize changes in school policing and discipline practices that have been underway in the district for more than five years. She took exception to “the persistent promotion of this notion that the district is not looking at improving school climate.”

And the district is in the process of hiring a director of educational equity to be in place by the start of the 2017-18 school year, she said. “That is the person who will really be pushing cultural proficiency,” Barth said.

“What we found is that policing in Stockton Unified has a negative impact on all students and a harsh impact in particular” on students who are Latino or black, Nelson said. Black students were more than twice as likely as white students to be arrested by school police, according to the analysis. Latino students were not disproportionately arrested, the analysis said, but were arrested in large numbers — 45 percent of those arrested were identified as Latino.

“What it comes down to for us is implicit bias, which is a well documented phenomenon,” Nelson said. “Adults have unconscious bias that causes unfair decisions, such as giving the benefit of the doubt to a white student while punishing a black student.”

Members of the Stockton Education Equity Coalition also raised concerns about the nearly $3 million spent by the district in 2016-17 on the school police department. The police department was funded with monies the state designated for improving academic outcomes for low-income, English learner and foster youth students. Such additional funding is part of the Local Control Funding Formula, legislation that provides a new approach to directing more money to schools that serve students with intensive needs.

“We have this groundbreaking legislation in LCFF and has it really been implemented in the spirit in which it was conceptualized?” asked Sammy Nunez, executive director of Fathers & Families of San Joaquin, a community organization that is part of the Stockton Education Equity Coalition. “That’s the question – Is this an effective strategy? Are our students reading better?”

Stockton Unified is one of more than 20 school districts in California that runs its own police department and funds police from its own budget. The Stockton Unified Police Department employs 33 officers to patrol schools that serve nearly 38,000 students.

To obtain school arrest data, the ACLU filed a California Public Records Act lawsuit against the Stockton Unified School District in June 2016. The school district reported 2,515 arrests from July 2012 through November 2016, according to the data it provided in response to the lawsuit. Of those arrests, the analysts matched 1,936 arrests to student records and excluded the rest. From there, analysts were able to identify 1,447 “unique students” who were arrested. Arrest data was sorted by race, ethnicity, type of offense and other characteristics.

The arrests were characterized as citations, custodial bookings or referrals. The ACLU noted that it confirmed with Stockton Unified that the data do not include “counsel and release” interactions in which an officer speaks to a student and no citation or arrest is made.

Fifty-three percent of the arrests were for low-level offenses, the ACLU said. Disturbing the peace, possession of marijuana and truancy were the top three charges in student arrests, followed by fighting (battery on school property) and violating curfew, the data analysis showed.

Nelson at the ACLU expressed concern about the lack of a clear definition from the district for “disturbing the peace.” Disciplinary actions that fall under loosely defined categories, such as “willful defiance,” are more likely to be influenced by bias, such as when black students are more harshly punished for the same or similar offenses than white students, according to research.

Nunez and others were to host a community meeting last night in Stockton to urge residents to get involved in the formation of the Stockton Unified budget, known as its Local Control and Accountability Plan. “A budget is a statement of values,” Nunez said, “and we believe the school district budget should prioritize investment in restorative justice, alternatives to policing, and increasing student literacy.”