The push for positive school climate bumps up against Trump rhetoric 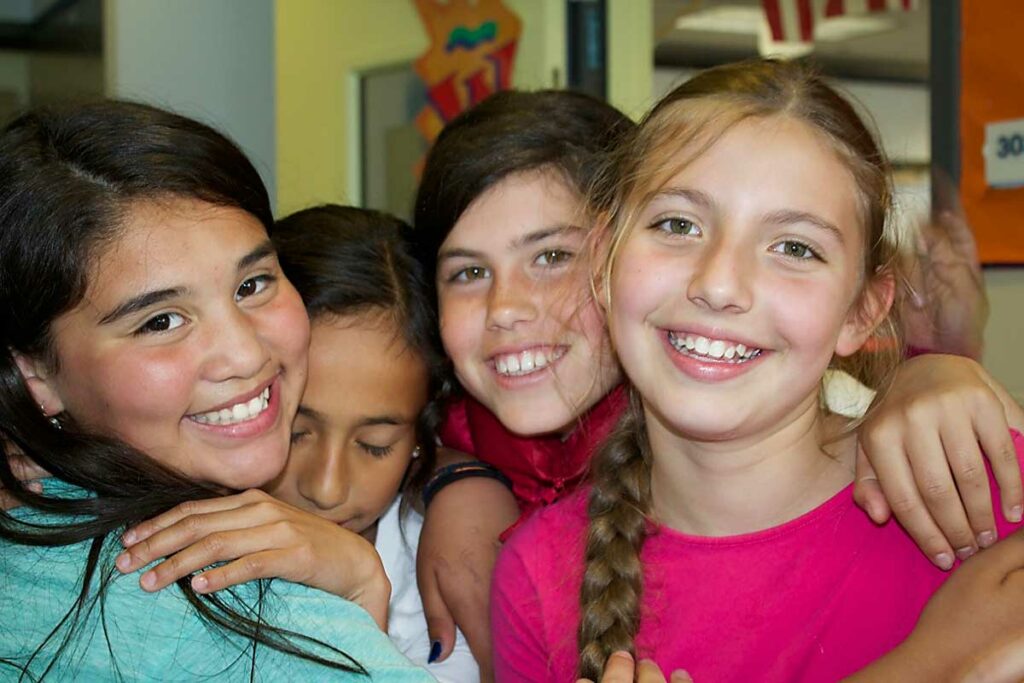 If President-elect Donald Trump were a high school student in California, he might find himself in a restorative justice circle making amends for his hurtful words and behavior.

“He would be in a lot of trouble,” said Jaana Juvonen, a UCLA researcher who studies student bullying.

Supported by civil rights laws, brain science and research on learning, schools in California and across the nation have increasingly made it a priority to try to create classrooms that are welcoming to all. The goal is civil discourse, improved academic performance and fewer discipline incidents. Positive school climate is part of the idea behind elementary school students shaking hands with their teachers in the morning, middle school students creating “No Bullying!” posters and high school students talking it out in stress management support groups. In California, improving “school climate” is part of the new education accountability system, although no one is quite sure what to measure.

Now the positive school climate movement has been thrown off course by the rhetoric of Trump, Juvonen said. “It’s so disheartening to see,” she said. “Schools were so gung-ho about addressing bullying, and now we have the ugliest face of bullying re-emerging.”

On the campaign trail, Trump disparaged Mexican immigrants as rapists and criminals, suggested he was open to a database of the names of people who practice the Muslim faith, boasted about his ability to sexually assault women and mocked a disabled reporter.

Since the election, the Southern Poverty Law Center has reported more than 700 incidents of hateful graffiti, assaults and bullying, with 40 percent of the incidents occurring at K-12 schools and universities across the nation. In California, six incidents of racist graffiti have occurred since October in the San Ramon Valley Unified School District in the east Bay Area. In one case, a urinal in a boys’ bathroom at Monte Vista High School in Danville was marked “whites” and another was marked “colored.” In Shasta County, a Shasta High School student handed out “deportation notices” to some students. In Los Angeles, a substitute physical education teacher at Bret Harte Preparatory Middle School was recorded telling students that he had their phone numbers and addresses and their parents would be deported.

Lt. Gov. Gavin Newsom also called on schools to promote respect for all. “As some call for a physical wall, it’s time for us to build a moral wall, because in California, we don’t tolerate our diversity – we celebrate it,” Newsom said in a statement on Nov. 21. He called for county offices of education to act immediately to create clearinghouses to collect reports of incidents of hate and bullying, develop action plans for teachers and administrators, and measure “school climate” as part of the state school accountability system.

Many educators say they are focusing on what would seem to be the politically neutral concept of “respect” for all, said Rosa Isiah, principal of the Lucille J. Smith Elementary School in the Lawndale Elementary School District in Los Angeles County, who leads a Twitter chat on school leadership and equity. “Our role as educators is not to challenge the personal political beliefs of our families,” she said, “but it is our role to create an environment where kids feel comfortable and safe. Our message is teaching empathy, love and understanding.”

Children need to feel welcome at school to be able to learn, she said, an idea supported by research that has found that when children feel anxious or traumatized, stress hormones block neural access to the areas of the brain involved in concentration and memory. “You have to protect the climate and culture of the school,” Isiah said. “There’s just too much at stake.”

Backing up the positive school climate initiatives is the force of law. The Obama administration has actively applied civil rights protections to students including those who are transgender, who have been disciplined more harshly because they are African American, or who have been harassed because of their religion or gender, civil rights advocates say. The U.S. Department of Education’s Office for Civil Rights is charged with protecting the educational rights of students against bias based on race, gender and special education status, among other characteristics.

In fiscal year 2015, the Office for Civil Rights received an unprecedented number of complaints – more than 10,000 – launched more than 3,000 investigations, and reached more than 1,000 resolution agreements.

The Office for Civil Rights also issues “Dear Colleague” guidance letters that summarize a school’s obligations under a civil rights law and how the department will evaluate compliance with the law. In May, a guidance letter stated that Title IX of the Education Amendments of 1972, which protects students from discrimination based on gender, applies to transgender students. That guidance led to the requirement that schools nationwide must allow transgender students to use the bathrooms that correspond with their gender identity – a right that was made clear in a 2013 California law for transgender students.

These guidance letters are an example of government “overreach,” said David Cleary, chief of staff for U.S. Sen. Lamar Alexander, R-Tenn., the chairman of the Senate Committee on Health, Education, Labor and Pensions, during a panel discussion after the election hosted by the Education Writers Association. And at least some of that guidance is likely to be rescinded, he suggested.

“Depending on who the Trump administration picks, I think there will be a very natural shrinking of the expansive interpretations of Title IX and civil rights laws,” Cleary said.

California has its own laws and education codes that protect students from discrimination and harassment. But Sylvia Torres-Guillen, director of education equity for the ACLU of California, said, “unfortunately it’s the case that our schools are struggling sometimes to comply with existing law in terms of protecting students.”

At times, federal action is necessary, she said. “What is overreach to some is really the basic requirement of the position for others,” she said. “The strength of the Office for Civil Rights is critical to our work and critical to ensure students receive what they deserve.”