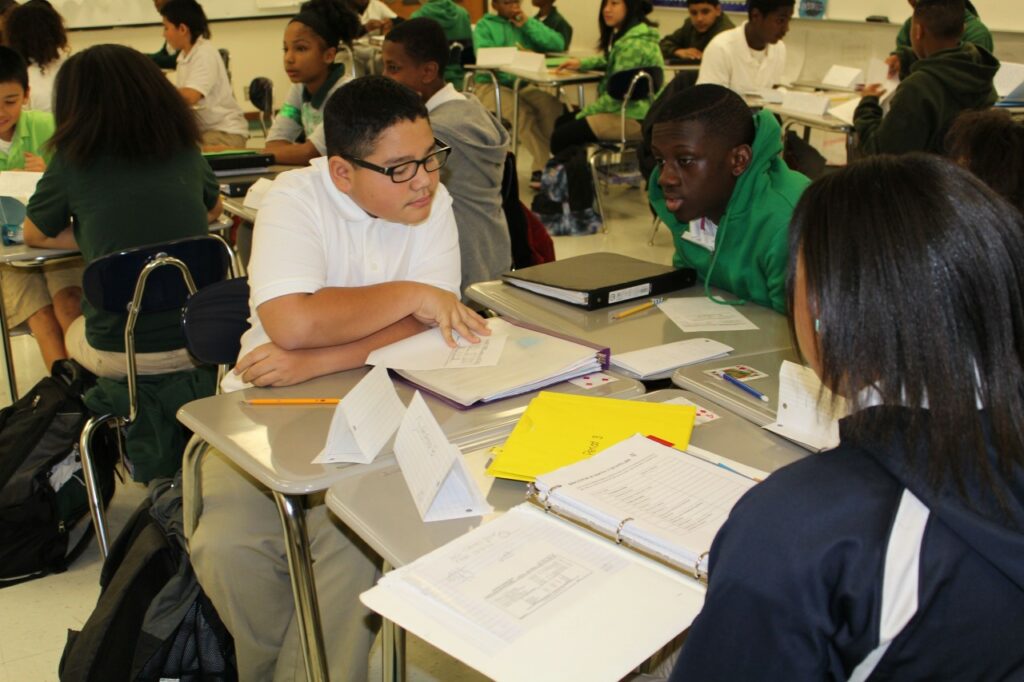 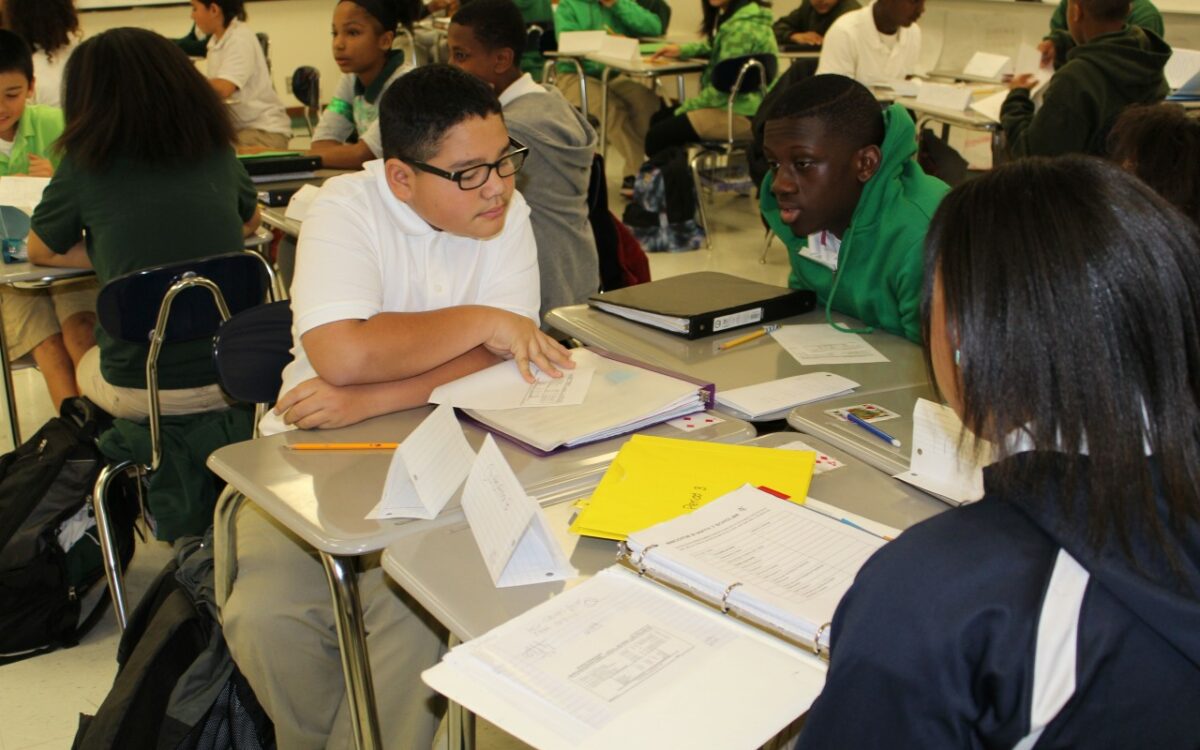 Most California teachers, principals and superintendents view the Common Core as more rigorous and more relevant to students than the previous state standards, but disagree over how well the Common Core has been implemented, researchers from the nonprofit education agency WestEd have concluded.

While a majority of superintendents and district leaders say their districts have successfully rolled out the new standards, classroom teachers in California are not as upbeat. In a questionnaire and interviews, they expressed doubts about their principals’ instructional knowledge and capacity to lead the transition to the new standards. Teachers also reported they are struggling to find instructional materials aligned to the standards, relying on online resources and each other’s lesson plans rather than state-endorsed resources.

“Principals have not been trained in instructional leadership tied to the new standards, and so the state needs to consider leading administrator training that encompasses the standards,” WestEd Senior Policy Associate Reino Makkonen said in an interview. District and school leaders generally do not understand “the degrees of change” in instruction that the new standards require, he said. 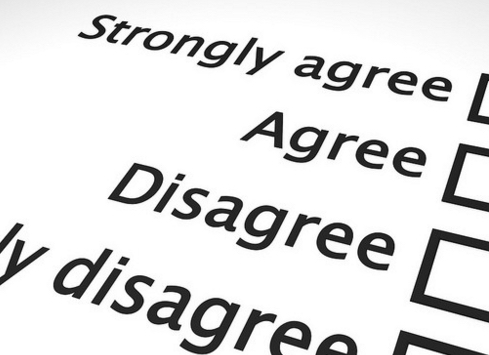 WestEd, a San Francisco education research and training nonprofit, presented a four-page summary and a PowerPoint presentation Wednesday to the State Board of Education, which adopts and oversees the administration of academic standards and tests and endorsed the Common Core research. WestEd based its conclusions on focus groups with 72 teachers in 29 California districts, interviews with 41 superintendents or district instructional leaders, its research and training in Common Core through several district networks, and an extensive survey of principals, teachers and district leaders conducted between September and December 2015.

A low rate of participation in the surveys, however, hampered its effort, researchers said. WestEd sent out a comprehensive questionnaire to every principal and superintendent in the state and to 7,000 teachers. The teacher survey was 17 pages.

Only 29 percent of 835 superintendents, 23 percent of the 7,000 teachers and 20 percent of 7,375 principals responded, despite repeated requests. The response rate was too low to be considered statistically valid. “We don’t know if the 20 percent response was from the most positive Common Core believers or not,” Makkonen said. As a result, WestEd is only citing percentages of answers to questions when they are consistent with findings in focus groups and interviews, or studies in other states, Makkonen said. Otherwise, researchers are characterizing the responses more broadly.

For example, researchers said that by percentages ranging from 56 to 92 percent, teachers and principals said they agreed with the statements that the Common Core is more rigorous than previous standards, makes learning more relevant to students and will better prepare students for college and careers. No more than 25 percent of teachers and principals disagreed with any of the statements. Teachers with five or fewer years of experience were most supportive of the standards, the research found.

Among the findings by WestEd, more than 70 percent district leaders rated their progress in rolling out the Common Core as good or excellent, with implementation of English language arts getting better marks than math. But in interviews with WestEd researchers, district leaders acknowledged that principals haven’t received the same level of training in the Common Core as teachers. Initially, districts made teachers the priority, Robert Sheffield, a survey leader and director of WestEd’s California Initiatives at the Center for the Future of Teaching and Learning, said in an interview.

Fewer than 25 percent of teachers responding to surveys said they had adequate time to implement the Common Core; approximately two-thirds agreed that the training they received in 2014-15 was aligned with the Common Core, but “lower proportions” rated what they received as helpful.

What teachers want, Sheffield said, is time to develop lessons and to learn from one another at their schools about best teaching practices – and not the traditional professional development in a big, off-site setting. And teachers said they value classroom observations by a good instructional coach, he said.

That finding jibes with what Jennifer O’Day, a research scientist and policy analyst with the American Institutes of Research, has been hearing from teachers. “Teachers are excited about the new standards but also a little bit stressed to deeply understand what is needed (to do instruction well) – to get beyond the surface of implementation,” she said.

All groups of educators complained about the lack of quality Common Core instructional materials, especially in English language arts. One reason for this, WestEd noted, is that the state did not endorse a list of English language arts textbooks until November 2015, a year after it approved instructional materials in math. Sheffield said that some teachers and leaders also expressed “some displeasure” with math materials that seemed adequate when their districts adopted them only a few years ago. Teachers “now have greater knowledge about what they need than two years ago and what instruction should look like,” he said.

Confirming what another national study has found, teachers in focus groups said they were relying on other teachers at their schools and online as a primary source for instructional materials.

The Smarter Balanced Assessment Consortium’s digital library, a collection of resources and lesson plans that California and other Smarter Balanced member states pay for, remains an underutilized resource. It features classroom exercises, called formative assessments, that teachers can use to diagnose students’ understanding of Common Core standards as they teach them. In focus groups, teachers expressed concern about their inability to measure their students’ progress in the standards during the year. And yet fewer than a third of teachers reported they had received training on how to use the digital library.

The digital library also includes a bank of interim assessments, which are shorter versions of the end-of-the-year Smarter Balanced tests that teachers can give periodically to gauge progress. The majority of district leaders interviewed last fall said they had not yet started using them. State Board of Education President Michael Kirst, however, said that state officials had detected more downloads by teachers and districts since Jan. 1.

In a discussion after WestEd’s presentation, Kirst said the findings underscore the need for the board to monitor more closely districts’ progress on the Common Core and to determine how the state board can best help out.

Board members, however, disagreed about how big a role the state should play.

Board member Sue Burr said that the state has assumed a smaller role in overseeing standards implementation under the shift to local control. The Legislature included state-adopted academic standards as one of the eight state priorities under the Local Control Funding Formula. Districts are required to address how they will do that annually in their Local Control and Accountability Plans. The state should be “cautious” about reasserting a bigger role, she said.

But board member Patricia Rucker, a former teacher who works as a lobbyist for the California Teachers Association, said that the message from teachers is that implementation is not going well – even though it’s supposed to be a priority in the LCAP. “We cannot become comfortable when data is telling us that something about the process is not working,” she said. She said she sensed a “mission drift” by the state Department of Education away from focusing on the Common Core state implementation plan, which the state board adopted in 2014.

There still needs to be a concerted effort to “keep the standards foremost a priority,” she said.

Chief Deputy State Superintendent Glen Price said the department has created an LCAP support team to help districts with standards work and a new Common Core Stakeholders Group that includes county superintendents to identify next steps for standards implementation. But he also acknowledged, “We have a long way to go to get where we want to be.”