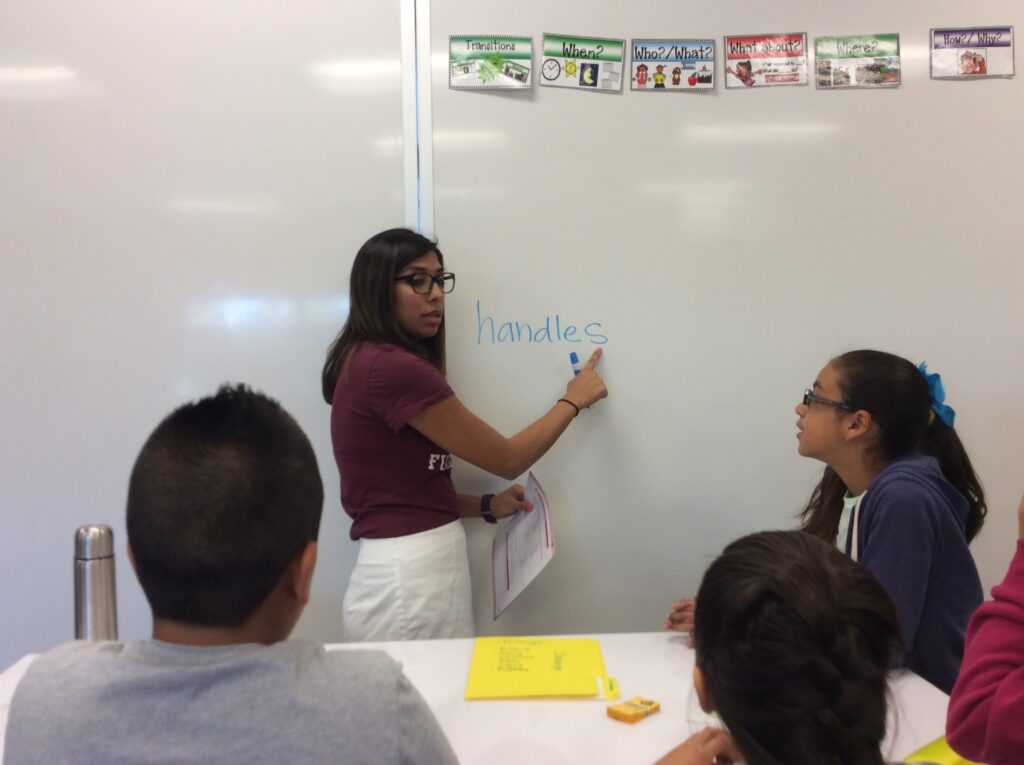 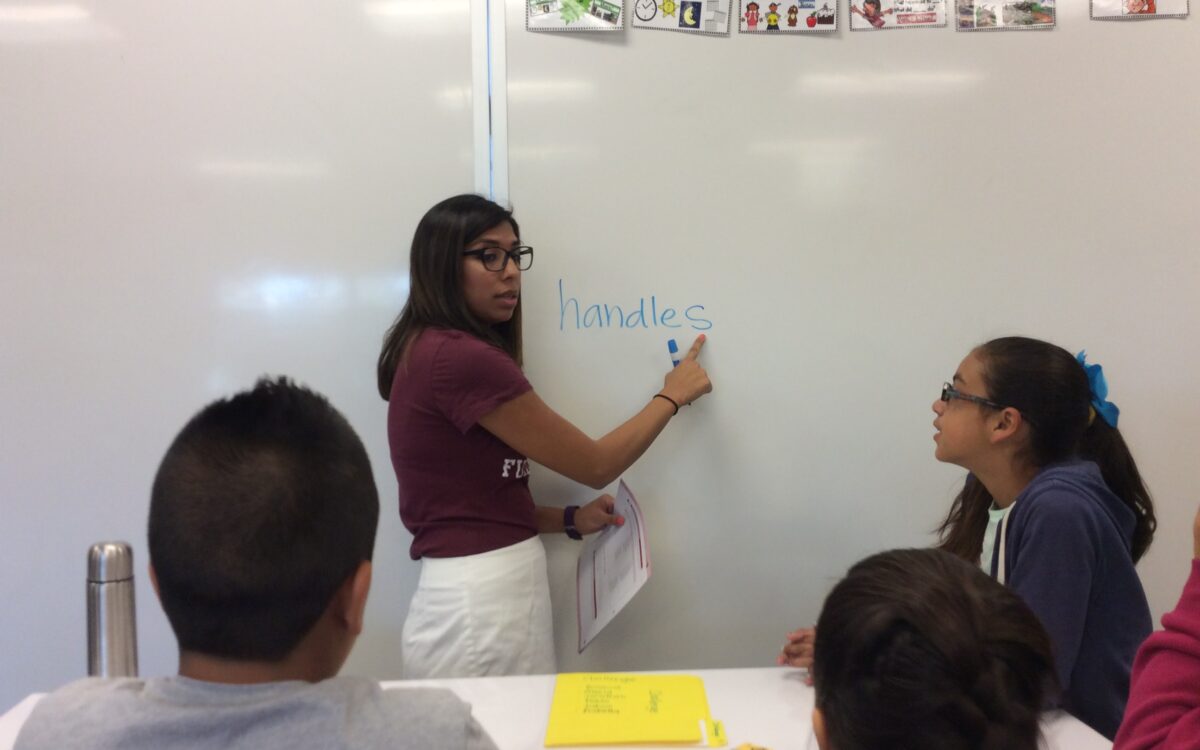 This story was updated on April 26 to clarify mandated expenses and district spending.

The Fresno and Visalia school districts are spending $10 million each on new schools.

The money is coming from about $3.6 billion in tax revenues California’s about 1,000 school districts received over the past two years. The Legislature specified that it “intended” for districts to “prioritize” spending of the one-time funds on implementing academic standards, including Common Core standards in math and English.

But lawmakers also told districts that they first had to use the funds as reimbursement for outstanding claims for programs and services mandated by the state. Because districts had already covered the past mandated expenses, they were free to use the one-time reimbursements “for any purpose.”

That multipronged and even confusing message has prompted several advocates, along with a key legislator on education matters, to argue that the funds should have been targeted for more specific purposes – and that districts should be required to report more precisely how they spent the funds.

“It’s shocking to me that districts would not put this money directly into the classroom, because we’re trying to do something in education that does take extra resources,” said Assemblywoman Susan Bonilla, D-Concord, who is a former teacher. “That’s not the highest and best use for the one‐time money, in my opinion,” she said, referring to the districts’ use of the funds on non­academic purposes.

“To have an intent and to not require that it be spent that way means it really was token, so it’s very problematic,” said Shelly Spiegel-Coleman, executive director of Californians Together, an organization that advocates on behalf of English-learner students. “It really kind of was a sham.”

The discretion given to local districts is consistent with Gov. Jerry Brown’s philosophy of giving them more control over how to spend state funds. It also reflected a major push by Brown to pay off the billions of dollars that the state owed to districts in “unreimbursed mandates.”

Under the California Constitution, the state must reimburse school districts for new programs or higher levels of service the state imposes on them. Over the years, the state has imposed dozens of them, ranging from student health screenings to the California High School Exit Exam.

Brown also wants to give districts similar flexibility over $1.3 billion he is proposing for one-time monies to school districts, charter schools and county offices of education during the coming school year.

“It’s a two‐fer,” said Martha Alvarez, a legislative advocate for the Association of California School Administrators. “The state’s saying, ‘We’re giving you the money for Common Core, but basically it’s (also) paying back outstanding mandate claims.’” Alvarez said the state is “trying to do two things at once.”

California School Boards Association spokesman Troy Flint said districts need continued flexibility over the funds. “Much of this money will pay for Common Core implementation,” he said. “But based on their particular situations, districts that have other pressing needs should have the discretion to address those as well.”

However, the broad discretion given to districts makes it impossible to determine what proportion of the funds actually ended up being spent on implementation of academic standards, which is what the Legislature hoped districts would place a high priority on.

“The state has no way to know except anecdotally how much of the money districts are spending on the Common Core,” said Jennifer Peck, executive director of the Oakland‐based nonprofit Partnership for Children and Youth.

“I don’t think we can totally blame districts for plugging this money where needed, given the resource constraints they had been facing for years,” she said. “But there was a false perception that a lot of support was pouring into Common Core support when that really wasn’t the case.”

Besides the one-time money, districts are also free to spend ongoing state funding from the Local Control Funding Formula on standards implementation.

Interviews with officials in these districts indicate that most took advantage of effectively being able to spend the funds in whatever way they chose.

See end of story for more details on how funds were spent.

Garden Grove Superintendent Gabriela Mafi said the Legislature’s intent for districts to prioritize spending on implementation of academic standards was easy to follow, since it was very broad.

“We could have spent it ten times over,” she said, adding that the money has helped the district bridge the “digital divide” for students who don’t have computers at home.

Representatives from Elk Grove Unified and Aspire charter schools could not provide specific details on how the money was spent. “These funds were unrestricted and principals were given latitude to use the funds as they needed,” said Aspire spokeswoman Heather Vega, referring to the 35 schools it operates in California.

Stephen McMahon, San Jose Unified’s chief business officer, said the district didn’t specifically track the money as a separate line item, but added that it spent the majority on one-time staff bonuses to meet the district’s goal of retaining employees, since it had already spent millions on the Common Core, including nearly $6.5 million received in restricted funding approved by the state in 2013-14 for that purpose, as well as ongoing state funding.

Another issue is that some districts, such as San Jose Unified, were required to use the money to cancel out funds the state owed them for unreimbursed mandates. However, charter schools and some other districts, which were not owed money for unreimbursed mandates, received the funds at exactly the same rate. The total amount school districts received was based on the average number of students in attendance in a district, not on the amount it was owed.

“There was no reason to use it as Common Core money, at least in San Jose Unified, because we had already invested so much (in the new standards),” he said.

In 2013-14, districts did have to spend $1.25 billion in state funds for expenses related to Common Core implementation such as teacher training, curriculum materials or technology. The funds were restricted to these purposes, and districts were also required to provide detailed reports on expenditures.

That changed over the past two years when districts were given far more discretion in how to spend the funds, without the same detailed reporting requirements.

To refocus attention on the standards and improve budget transparency, some advocacy groups are calling on the Legislature to restrict at least part of the $1.3 billion in one-time funds Gov. Brown is proposing for the coming school year, so the state can be better prepared to meet its goals of preparing students for college and 21st-century careers.

Providing dedicated funding for implementation of the Common Core academic standards, as the Legislature did in 2013-14, should be a top priority, said Ryan Smith, executive director of Education Trust-West. “That should really be our North Star,” he said.

“As a state, we’re still trying to understand what the Common Core is,” said Assemblyman Patrick O’Donnell, D-Long Beach, chairman of the Assembly Committee on Education and a member of the budget subcommittee. “It’s clear that we continue to have a significant need for professional development. All our materials need to be Common Core-aligned and we’re not there yet. We have to do this right.”

As to how it is funded, however, he said, “I’m open to anything that assists with the implementation of the Common Core.”

K‑12 Mandates. An increase of $3.2 billion in one-time Proposition 98 General Fund to reimburse K-12 local educational agencies for the costs of state-mandated programs. These funds will make a significant down payment on outstanding mandate debt, while providing school districts, county offices of education, and charter schools with discretionary resources to support critical investments such as Common Core implementation

(d) Allocations made pursuant to this section shall first satisfy any outstanding claims pursuant to Section 6 of Article XIII B of the California Constitution for reimbursement of state-mandated local program costs for any fiscal year.