Now possible: a family night of coding in every elementary school 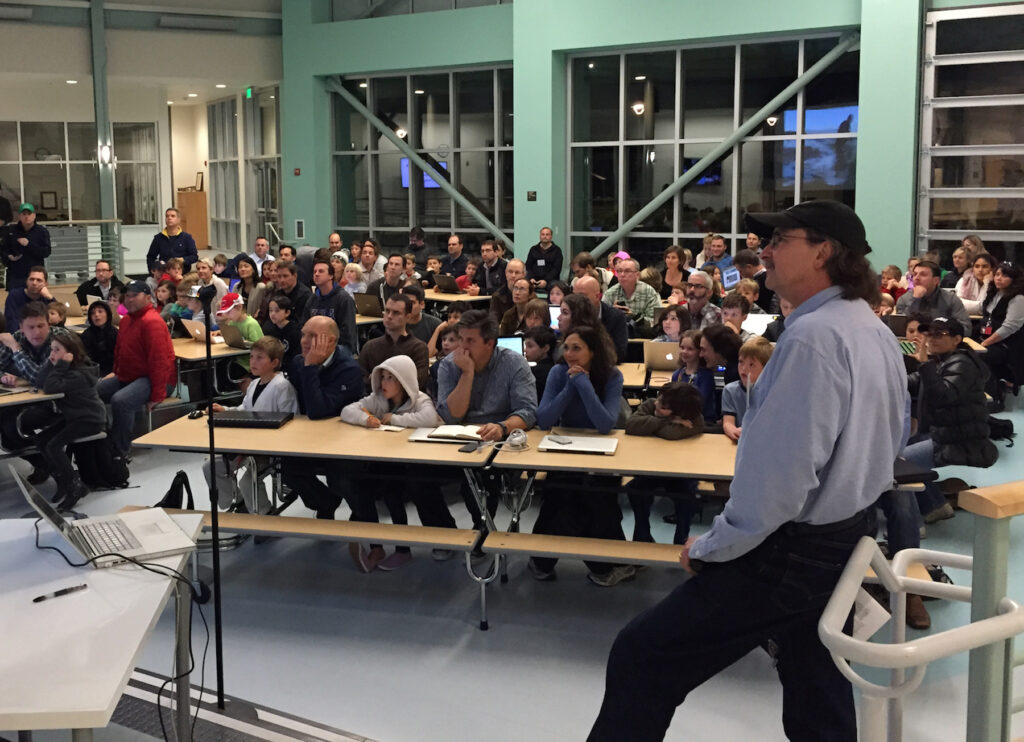 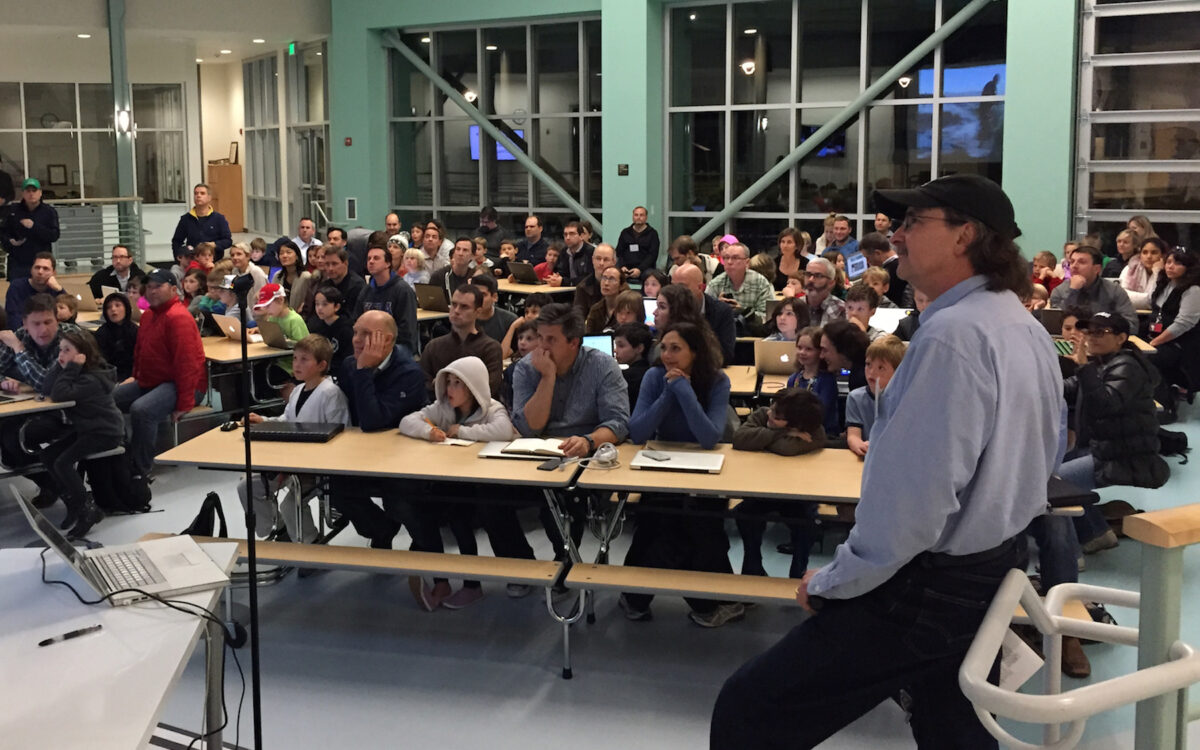 When they check their email today, every elementary school in California will find a tool to bring families together for a fun introduction to computer coding.

Through a corporate grant, more than 6,000 principals in the state will receive a free digital kit today from MV GATE, a small Mill Valley nonprofit, enabling them to easily organize and stage “Family Code Night.” The program uses coding puzzles developed by Code.org, a national evangelist for computer education in schools.

The White House Office of Science and Technology Policy cited the project, which will also distribute the kits to schools in Chicago, among new initiatives it announced Monday to kick off Computer Science Education Week. Many schools will make time this week for Hour of Code, which introduces students to computer science through a choice of 100 one-hour entertaining coding activities covering a range of grades and coding knowledge.

On Family Code Night, parents and children participate in an introductory hour-long activity together. That can be a transformative experience, says John Pearce, director and CEO of MV GATE, which developed the Family Code Night program. “Parents can have a defining influence in celebrating their children’s progress in computer science learning. You see break-through moments. A 3rd-grader and her mom do simple puzzles and realize together that they can code and that they like it.” (A parents-oriented version of the kit can be downloaded from familycodenight.org)

It’s important to reach kids early, Pearce said, because “by middle school, kids have already decided if math and science are for them.”

Proponents say understanding the fundamentals of computing is becoming a requisite part of a student’s core knowledge and a key to career opportunities beyond programming and computer science. At a recent computer science forum sponsored by the Silicon Valley Education Foundation, Kaustav Mitra, vice president of Innovation Ecosystems at the Infosys Foundation, drove home that point. “We’re not teaching computer science to create programmers, just as we don’t teach English to produce more novelists.”

Family Code Night requires internet access and a computer for each parent-student pair. The kit provides everything else: forms for parent invitations, an event timeline, to-do lists and instructions, an event script, handouts and badges for student coaches. Several hours of preparation by three people – the principal, an event organizer and a presenter – should be all that’s needed, Pearce said.

The puzzles and tutorials by Code.org teach the basics of computer logic; they ask parents and students to create lines of code by dragging and dropping commands like move forward or turn left to move pieces on a game board. In one of the challenges, for example, the code enables an Angry Bird to corral a Bad Pig.

Three months ago, White House officials invited Pearce to describe Family Code Night at a conference on computer education. That visibility led to a connection with Capital One Bank’s corporate foundation, whose $40,000 grant is funding the kit distribution.

Last month, the Disney Company, working with Code.org, announced the launch of “Moana: Wayfinding with Code,” a coding tutorial coinciding with its new animated movie; it will be the second of a series of Family Code Night programs, Pearce said. The third program, using the popular free Scratch program developed by MIT for kids, is in the works.

“The kit is user-friendly and a Family Night of Code will be easy to throw together,” he said. “I think this is going to catch on.”

Borba will include the event as part of a STEM night in February and hopes it will attract close to a majority of parents in the nearly 500-student K-6 school. Since his school already does Hour of Code events, many of the students will be familiar with simple coding concepts and language and will be helping their parents. That process can reinforce kids’ confidence and enthusiasm, he said, adding, “Can you imagine a kindergartner showing a parent how to code?”