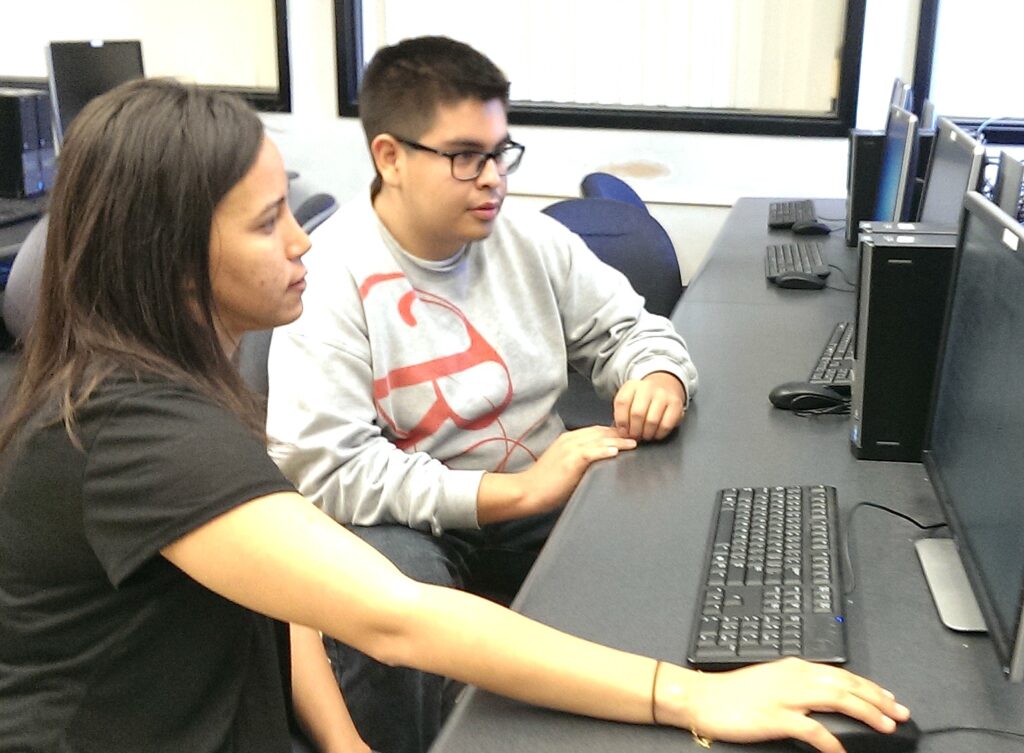 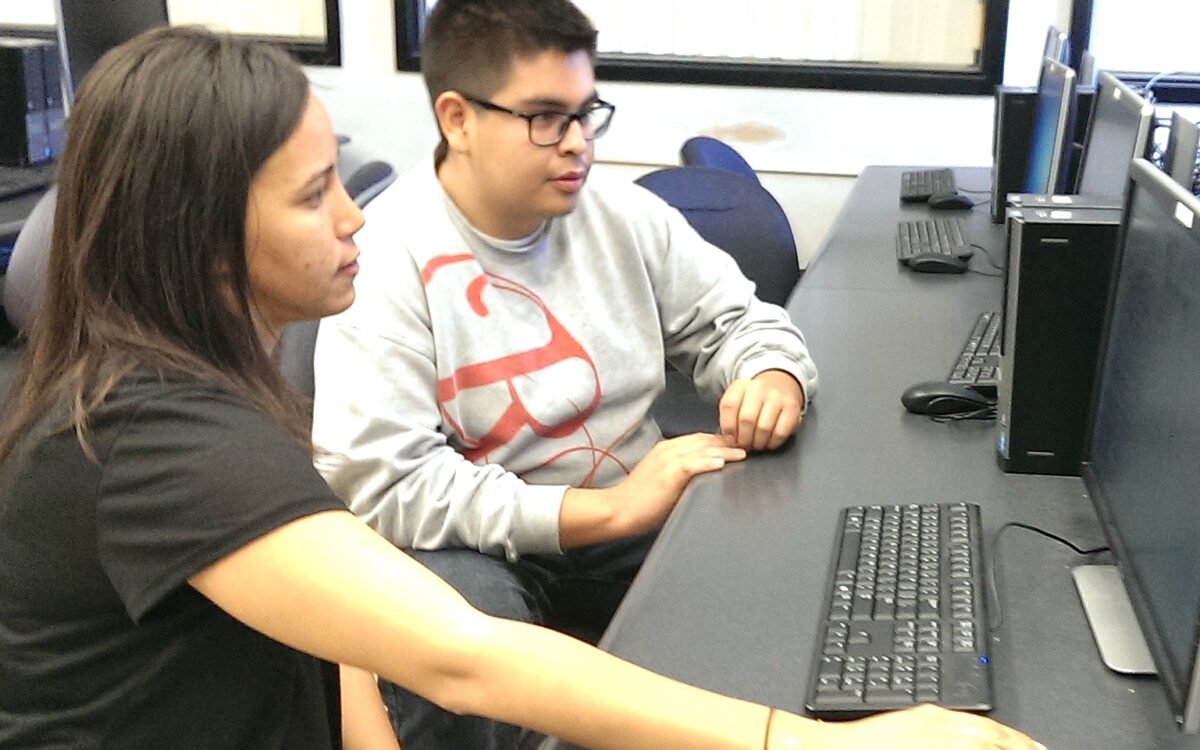 Undocumented college students are leaving a wealth of unspent aid money on the table five years after the passage of the landmark California law that provides those immigrants grants for higher education.

The California Dream Act made them eligible for several kinds of grants to attend community colleges, California State Universities, the University of California and some private campuses. But the euphoria among advocates that accompanied the law’s passage has been dampened by the reality that the state-funded Cal Grant portion of the aid is reaching far fewer undocumented students than originally envisioned, particularly at community colleges.

A variety of bureaucratic hurdles, along with students’ personal money problems, confusion about rules and fears of government, are causing students to not tap their Dream Act Cal Grants, according to officials and students.

About a third of the overall awards went unused last year, even after careful vetting of applicants for low income, high school grades and other eligibility factors. Making matters worse, nearly half of the Cal Grants awarded for community college costs were left on the table, as millions of state dollars earmarked for immigrant students went unspent. UC and CSU had better records.

Lupita Cortez Alcalá, executive director of the California Student Aid Commission, said she was “not comfortable” with the participation rates in the Dreamer grants at community colleges in particular. “Of course we are concerned about those numbers,” she said, “and we want more students who are awarded those grants to use them for their higher education.”

She said efforts are underway to reach out to more to students and community colleges to learn why young people — many of whom were brought to the U.S. as small children — are bypassing the aid. The agency, which administers Cal Grants, wants to solve any communication and payment problems, she said.

One contributing factor is that these undocumented students are not eligible for federal grants and loans; so the California aid — even bolstered by waivers of community college fees and other grants for UC and Cal State students — may not be enough to cover total expenses including food, housing and books. As a result, some students abandon college and instead take full-time jobs, forgoing the Cal grants, which range for full-time students from $1,656 a year at community colleges to $12,240 at UC.

A recent survey by the California Student Aid Commission found that some students who did not take the aid blamed high costs of living in the state. In other cases, the reason was less about hardship than communication: many students in the survey reported they had not known of the Cal Grant offers despite what commission officials say were numerous attempts to contact them. A significant number enrolled at community colleges anyway, getting fee waivers but not the Cal Grants, which require more information to qualify, such as high school grades. The colleges contend that shows that they are helping these students as much as possible and that the commission’s statewide rules for verifying and distributing the Cal Grants are partly at fault for the low number of takers.

Some students say some community colleges are themselves confused about how to administer the program, and put up needless barriers. Problems arise as schools seek to verify data in some applications as required by the aid commission.

David Rojas Torres, who is in his second year at Santa Monica College, said he was unable to get his Cal Grant funds because the college wanted, among other things, copies of his parents’ tax returns. His parents are undocumented themselves and filed late. They then became nervous that handing over the paperwork might trigger an immigration status review or even deportation, even though the Student Aid Commission insists that no information is shared with immigration authorities.

“I was a little bit frightened. What if I was doing something wrong? What would happen to me and my parents?” recalled Rojas Torres, who was brought to the U.S. from Mexico at age 2 and has temporary protection from deportation under the Obama administration’s federal Deferred Action for Childhood Arrivals (DACA) policy. So while he wound up getting the separate fee waiver, he stopped pursuing the $1,656 Cal Grant and took a cashier job to pay for books and other expenses.

The work, he said, “is cutting down on my study time.” He said he thinks that some other students were so exasperated by bureaucracy that they decided to drop out.

But Rojas Torres, who studies business administration, received help recently from a college counselor and expects to receive the Cal Grant next year at Santa Monica and later transfer to Cal State Long Beach.

Federal privacy rules bar colleges from publicly discussing individuals’ aid cases, according to Teresita Rodriguez, Santa Monica’s vice president of enrollment development, and officials at other colleges statewide. But Rodriguez said her school works hard with counseling and workshops to encourage Dreamers to obtain all the grants.

“We put a lot of emphasis and resources in trying to get the money in the hands of these students,” she said.

About 30,700 students met the application deadline for Dream Act funds for the 2015-16 school year, yet many were eliminated for not having the requisite high school grade point average — a 2.0 for community college and a 3.0 for others — or for having family income above the $47,600 cutoff for community colleges. After vetting, 8,274 Dream Act Cal Grants were offered statewide and their usage rate varied widely among the education systems, Aid Commission statistics show. By April, only 47 percent of the 4,003 community college awards were paid to students. That contrasts sharply with 84 percent of the 1,170 at UC and 68 percent of the 2,847 offered at Cal States, according to aid commission statistics.

Student Aid Commission officials said the percentages for Cal Grant usage during the current school year will grow as some late spring quarter enrollments are added. They expect the final tally to be about the same as last year’s levels: 67 percent overall, 54 percent at community colleges, 91 percent at UC and 75 percent at Cal State campuses.

Since the undocumented are banned from submitting the regular federal financial aid form, the Dream application can be used to access other California aid as well. Low-income community college students often receive a separate waiver from paying all tuition costs; many are eligible as well for up to $1,656 in a Cal Grant for such costs as books, transportation and housing (the amount is pro-rated for less than full-time studies). At UC and Cal State schools, the Cal Grants cover all of tuition; additional aid from the schools often pays for dorms and other costs.

The author of the California Dream Act, former state Assemblyman Gil Cedillo, said government and nonprofit organizations should work harder to convince undocumented families that no information they provide will be shared with immigration services. In addition, Cedillo, who is now a Los Angeles city councilman, said in an email that he has heard from many eligible students about “challenges they had with their school’s financial aid office.” He said schools in more politically conservative areas “refused to inform” students about how to get the aid, a contention that the statewide chancellor’s office said seems unlikely to be occurring in deliberate ways since that information is widely available online.

A large number of U.S. citizens also wind up not using their regular Cal Grants, but those students can receive substantial federal grants and loans – while undocumented students are ineligible for both. And, in contrast to the Dreamers, some U.S. citizens had no intention of seeking Cal Grants but were automatically offered them, along with federal aid, simply by filling out the federal aid application; those citizens also are more likely to attend out-of-state schools and forfeit their Cal Grants.

Tim Bonnel, a financial aid specialist at the California Community Colleges system headquarters, said he was “not aware” of colleges purposefully blocking grants or incorrectly applying rules. “Most colleges understand the law is the law,” he said. Yet he added that some community college financial aid offices are short-staffed compared with Cal State or UC and that might “unfortunately lead to students falling between the cracks.”

“We need to help them get what they qualify for,” he said.

Amiel Lopez was brought to the United States from Mexico at age 5 and now is a student at San Diego City College. When she started college last year, she was not able to receive her Cal Grant because of issues related to her parents’ marital and income tax filing status, she said. (Many undocumented residents pay taxes by using an alternative to a Social Security number.) Lopez said she incorrectly had reported her parents as married when, to her surprise, it turned out that they are not. Her parents, who are undocumented, then were reluctant to provide the paperwork that would have cleared up the confusion. Lopez, who has DACA protection, got a bank loan to help cover some costs.

This year, after straightening things out, she was delighted to receive her full awards. For most U.S. citizens seeking financial aid, “it’s easier and there are a lot more opportunities for them,” she said. In contrast, undocumented students “have to make that extra step and put in a lot more effort.”

“We have to prove that these things cannot put us down.”

Other undocumented students say they are pleased to have received the grants without any hassles or delays. For example, at UC Berkeley, third-year student Paola Mora said she knows older students who had to take off alternate years from school to work so they could afford tuition before the California Dream Act was enacted. “I’m really grateful I don’t have to go through that and I can just focus on school for the four or five years I’m here. I work on the side but I don’t necessarily depend on that work to sustain me here at school,” said Mora, who came from Mexico as a small child and now receives the grants plus wages from a work-study job on campus. The aid “has changed my experience compared to people in the past.”