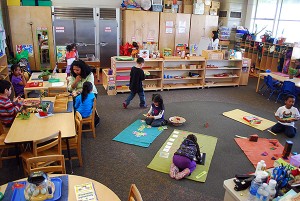 An influential state Assembly subcommittee this week voted unanimously to reject Gov. Jerry Brown’s proposal to restructure the state’s early childhood learning programs, encouraging early education advocates who object to the plan and giving them a boost as they move forward through the budget process.

Brown has proposed consolidating state childcare, preschool, transitional kindergarten, and quality control spending into a single $1.6 billion block grant. Advocates object to the plan because they say it would essentially cap spending and limit access to early learning programs, as well as possibly eliminating the transitional kindergarten program the state created in 2010. It also fails to address issues of quality and a shortage of childcare and preschool slots, they say.

“I’m certain it would not expand access,” Kevin McCarty, D-Sacramento, chairman of the Assembly Budget Subcommittee on Education Finance, said of Brown’s proposal. He spoke Tuesday before the vote at the subcommittee’s budget hearing, one of two held this week on early education spending. “Until we fully fund the system here in California… it’s not the time to do something like this.”

Advocates and providers have outlined a proposal similar to one made by the Legislative Women’s Caucus. The advocates asked for $800 million to increase reimbursements paid to providers, add 10,000 preschool slots, increase spending on quality control measures and update the income eligibility limits to reflect the state’s current median income and current costs of childcare and preschool. The women’s caucus additionally asked for 25,000 new childcare slots. While the subcommittee’s rejection of the governor’s plan hardly means he will relinquish it, the move puts the advocates on good footing as they lobby for a spending plan more to their liking.

“Until we fully fund the system here in California… it’s not the time to do something like this,” said Assemblyman Kevin McCarty, D-Sacramento.

“The signals were that there’s clearly a lot of support for early childhood ed within the Legislature,” said Mark Baldassare, president of the Public Policy Institute of California, a nonprofit research organization. “It means that there’s something to build on there.”

Scott Moore, executive director of Kidango, a nonprofit preschool provider, said that now “what’s important is to define what it is that we want to do … and what are the policy changes we need to make to accomplish that. So it’s not just rejecting the governor’s proposal but coming up with alternatives.” 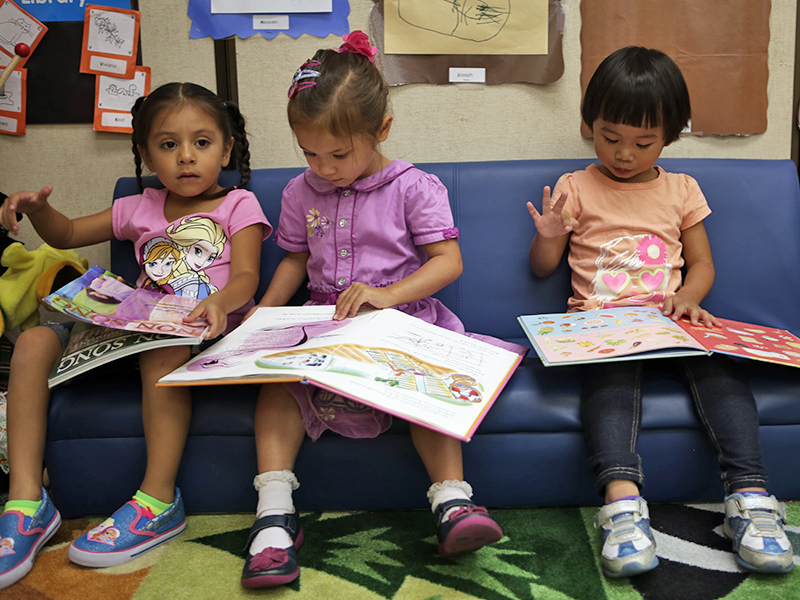 Some advocates said they plan to focus on delivering facts to make their case for more funding and other changes intended to increase access for families, such as changing outdated reimbursement rates that affect childcare and preschool quality and income limits that make it easy for families to lose eligibility for services.

The state Senate subcommittee on education began its discussion about early education spending on Thursday. It did not vote on Brown’s proposal, but pointedly questioned administration staff about it.

Sen. John Moorlach, R-Costa Mesa, asked whether Brown’s proposal had been a “trial balloon” that the administration might now walk back given the “significant pushback.”

Advocates said that inquiry was encouraging.

“It was good that he picked up on the sentiment from the field (of early educators) that the timeline the governor has proposed is unrealistic and the dialogue about this restructuring needs to happen over a multi-year period,” said Elsa Jacobsen, senior policy analyst at Los Angeles Universal Preschool, an advocacy group for preschool quality and access issues.

“It feels like blowing up the system rather than shoring it up,” said Catherine Goins, assistant superintendent for early education and administration with the Placer County Office of Education.

Advocates have urged Brown – who has offered no new early education funding – to pull his proposal from the budget process, saying it would be a major policy change that shouldn’t be rushed through a budget negotiation.

“It feels like blowing up the system rather than shoring it up,” said Catherine Goins, assistant superintendent for early education and administration with the Placer County Office of Education, speaking before the Senate subcommittee.

At the Assembly subcommittee, Assemblyman Patrick O’Donnell, D-Long Beach, said, “We need to pull this proposal back and really study this. This needs to have some comprehensive policy overview; we shouldn’t just tuck it in a budget and let it fly.”

Jessica Holmes, a budget analyst at California’s Department of Finance, said that the intent was to streamline and create a “single, equitable system of care.” Brown’s budget described his approach as a way to make the early childhood care and education system more efficient and to improve access for low-income families.

But Sherri Springer, secretary of Californians for Quality Early Learning, an organization of private childcare providers, said Brown’s proposal would hurt her members because it would direct childcare funding to school districts to run their own programs. That could upend the current system where services are delivered by a mix of private, nonprofit and public providers, which meets the public’s diverse needs, she said.

“When we as a field talk about streamlining, it’s streamlining our administrative burden so we can spend more time with the children than paperwork,” Springer said. “What I see them talking about is kind of one-system-fits-all.”

Holmes said the administration has acknowledged and responded to the feedback it has received about Brown’s proposal, but also signaled it will keep a firm hand on its wallet.

Replying to Moorlach, she said, “We are not blind” to the concerns that have greeted Brown’s proposal, and that the administration has reassured providers and advocates that “we are looking at at least a one-year transition.”

But, she said, “We will also take into account where we are fiscally, which is always a concern.”

Moore, of Kidango, hopes progress this year can echo smaller steps of recent years such as restoring preschool slots cut during the recession and implementing transitional kindergarten and new quality control measures.

“We can continue to make incremental change, while keeping our eye on the long-term reforms that we would all like to see,” he said. “I don’t think Gov. Brown is likely to support those kinds of major new investments we would like to see; he certainly has not to date signaled that.”