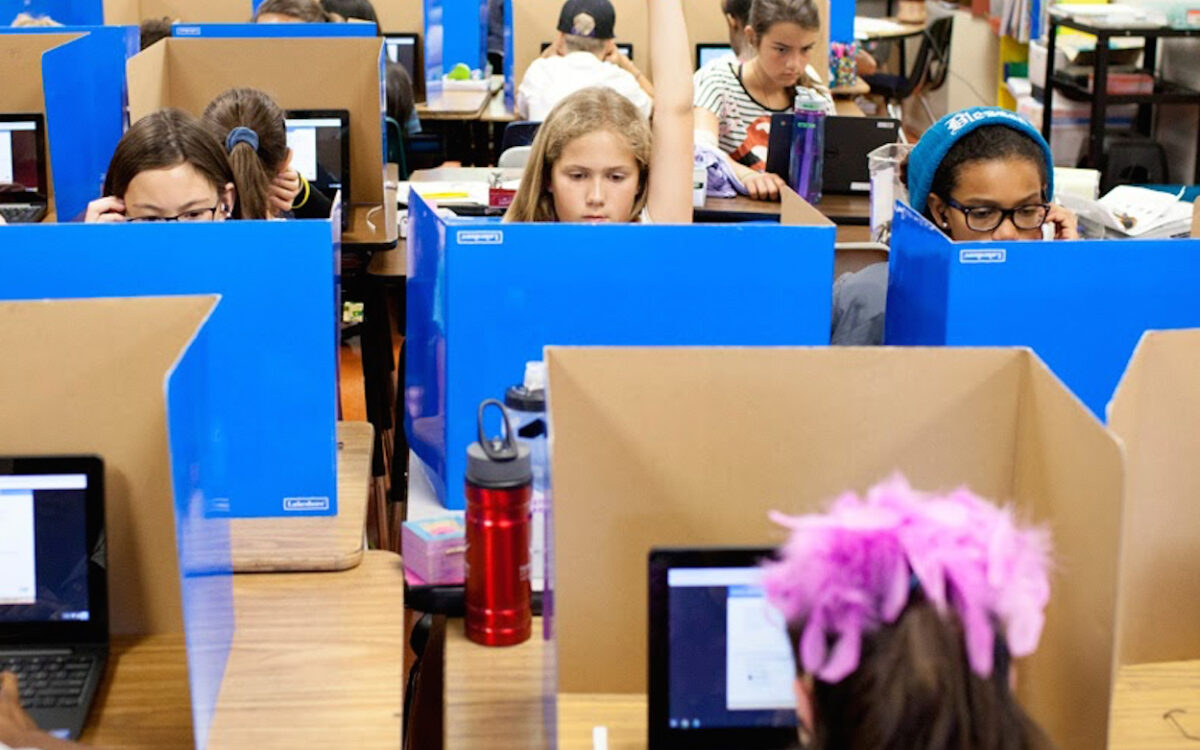 California education officials have appealed the U.S. Department of Education’s decision to reject the state’s request to begin phasing in tests this spring based on new science standards, rather than administer current tests based on standards in place since 1998.

In a letter sent Tuesday to federal education leaders, State Superintendent of Public Instruction Tom Torlakson and State Board of Education President Michael Kirst wrote that they are seeking an administrative hearing in Washington, D.C., to make their case before Ann Whalen, a senior adviser to U.S. Secretary of Education John King Jr.

Existing federal education law requires that the U.S. Department of Education hold a hearing by Dec. 29, but Torlakson and Kirst requested that the hearing be postponed until after the Jan. 2 holiday to allow state education staff time to prepare for the hearing.

“Given the upcoming holiday season, we believe that conducting a hearing prior to this date (Dec. 29) will be burdensome for both parties,” Torlakson and Kirst wrote.

“We hope to honor our respective staffs’ family obligations, and recognize the difficulty and expense of booking last-minute travel during the holiday season,” they wrote. “This suggestion does not represent a waiver of our right to a hearing; instead, it indicates our willingness to waive the statutory time limit within which that hearing should be conducted.”

The U.S. Department of Education did not immediately respond to a request for comment.

The battle between California and federal officials over science testing has unfolded during the past several months.

California’s first salvo began in June, when it sought a federal waiver from administering the paper-and-pencil, multiple-choice California Standards Test that has been used in the state since 1998. That test, based on older science standards, was last given to 5th–, 8th- and 10th-graders in the spring of 2016.

“We are moving full speed ahead. We are not changing our plans with the pilot tests,” said Peter Tira, a spokesman with the California Department of Education.

The state wants permission to administer a pilot version of a new online science test this spring, based on the Next Generation Science Standards adopted by California in 2013. A longer field test of the pilot would be administered the following spring.

The U.S. Department of Education, however, rejected California’s waiver request in September, saying the state had not demonstrated that piloting the new tests would advance student achievement or do a better job of reporting on how well students were doing in science. The state rejected that argument and filed yet another appeal.

In a Dec. 13 letter, Whalen responded to the appeal, stating that California must continue to administer the old tests. She wrote that the pilot tests would not “measure the full depth and breadth of the state’s academic content in science.”

Whalen maintained that these laws require local school districts to publish the results of those tests. If they aren’t published – or even administered for that matter – then the state wouldn’t have any way of knowing how to improve student achievement, or provide transparency in reporting results to parents and the public, she wrote.

“There’s been no discussion of penalties,” said Peter Tira, a spokesman with the California Department of Education.

Tira said Wednesday his department still plans to move forward with administering the new pilot test, regardless of what federal officials say.

“We are moving full speed ahead. We are not changing our plans with the pilot tests,” Tira said.

The Title I funds for the fiscal year ending Sept. 30, 2017, total nearly $1.8 billion, but state officials said the U.S. Department of Education has not said anything about penalizing California with funding cuts or penalties.