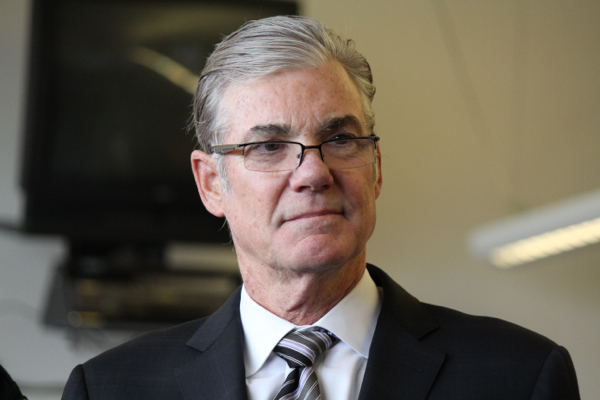 Superintendent of Public Instruction Tom Torlakson has softened clear-cut guidance his department issued in a memo regarding the use of money intended for underserved students to fund across-the-board pay raises for teachers.

Torlakson changed the tone and backed off some of the restrictions of the earlier memo in a June 10 letter to county and district superintendents and charter school administrators. It came two weeks after EdSource Today published an April letter from Jeff Breshears, an administrator in the California Department of Education, to Jim Yovino, superintendent of the Fresno County Office of Education. Breshears’ letter was a response to Yovino’s inquiry.

The letters address a critical issue that has created tension between school boards and teachers unions: how to interpret the rules governing the extra dollars earmarked for “high-needs” students – low-income children, English learners and foster youth – through the Local Control Funding Formula. The funding formula grants districts broad authority over spending decisions. But it also states that the “supplemental and concentration” dollars for high-needs students must be used to increase and improve services for those students. After years of state cuts in education, many districts are now flush with money and are bargaining over how to strike the balance between expanding programs and granting long-deferred pay raises.

Breshears’ letter, which had been reviewed by lawyers for the department, said only in “some limited circumstances” could supplemental and concentration dollars fund unrestricted pay raises for teachers. The “burden” districts face in approving the raises would be “very heavy,” Breshears wrote. In omitting Breshears’ unambiguous wording, Torlakson’s explanation appears to signal that districts have more latitude in deciding what’s permissible. Torlakson wrote that his memo clarifies and supersedes Breshears’ letter, which “may have created some misunderstandings.”

Bill Ainsworth, director of communications for the Department of Education, said that Torlakson was unavailable for an interview but that the letter speaks for itself. Ainsworth said that Torlakson had not read Breshears’ memo before it went out and decided to take a “more thorough look” at the issue after receiving questions regarding Breshears’ interpretation. He did not say what those questions were or who was asking them.

Torlakson’s perspective is closer to the view of the California Teachers Association, which objected to Breshears’ interpretation of the law. Torlakson, a high school science and history teacher before turning to politics, has been a close ally of the CTA during his 14 years in the Legislature and two terms as state superintendent. In the most expensive statewide race last year, the CTA spent more than $13 million to help re-elect Torlakson. In 2006, Torlakson authored the Quality Education Investment Act, a $3 billion program that resulted from an out-of-court settlement between the state and the CTA that lowered class sizes and put additional counselors in low-performing schools.

In criticizing Breshears’ letter, Claudia Briggs, communications assistant manager for the CTA, said the funding law gives maximum flexibility to school districts to decide how money should be spent, and that includes raising salaries to attract and keep teachers. Briggs said in an email last week that Torlakson’s letter “looks like it’s more in line with the law over which CDE (the Department of Education) has no purview anyway.”

Breshears’ and Torlakson’s letters differ in tone and emphasis, but both conclude, after analyzing the funding law and State Board of Education regulations implementing it, that the extra money for high-needs students can be used for across-the-board teacher raises under some conditions. Both said that difficulties in recruiting, hiring and retaining teachers that have adversely affected students’ academic progress could justify a district’s use of that money. (Torlakson noted that this was just one example and wasn’t intended to be the only one.) Both agreed that the district must document why it needs to use that money for raises in the district’s annual academic plan, known as the Local Control and Accountability Plan, or LCAP.

But Breshears emphasizes the hurdles that the regulations impose while Torlakson gives districts more latitude. Breshears’ letter advises that a district must establish that its teacher salaries are low “in comparison with other districts in its labor market.” Torlakson is silent on this aspect.

Breshears said that a district also “must” cite a goal for improving academic improvement that higher pay would accomplish. County offices of education, which review districts’ LCAPs, would require a district to stop using the supplemental and concentration dollars for those raises “within a reasonable time” if the goal isn’t achieved. Torlakson’s letter says the district “might” include an academic achievement goal and does not mention consequences if there’s no improvement.

The funding law says that districts can use supplemental and concentration funding for districtwide purposes that are “effective” in meeting goals of high-needs students. In those districts in which high-needs children make up less than 55 percent of enrollment, districts must show that the spending is “the most effective” choice. Breshears’ letter elaborated, calling this additional requirement “extremely” difficult “if not impossible to meet.”

Civil rights groups, including the legal firm Public Advocates and the advocacy organization Children Now, had praised Breshears’ letter but had varying reactions to Torlakson’s response. “We are shocked at the reversal,” wrote Samantha Tran, senior managing director of education for Children Now. She said she failed to see how simply paying more for the same level of services complies with the funding law and regulations.

But John Affeldt, managing attorney of Public Advocates, said that the two letters reached essentially the same conclusion about the use of supplemental and concentration funds for raises – that there is, in fact, a heavy burden of proof to justify it. “The tone of the first was more appropriate,” Affeldt said, “but the only real difference between the two versions is a point of emphasis.”

Both letters acknowledge that districts can use supplemental and concentration dollars to pay salaries for targeted purposes, such as to lengthen the school day for high-needs students. Other districts have used the money to reduce class sizes and provide more time for teachers to collaborate or receive training.