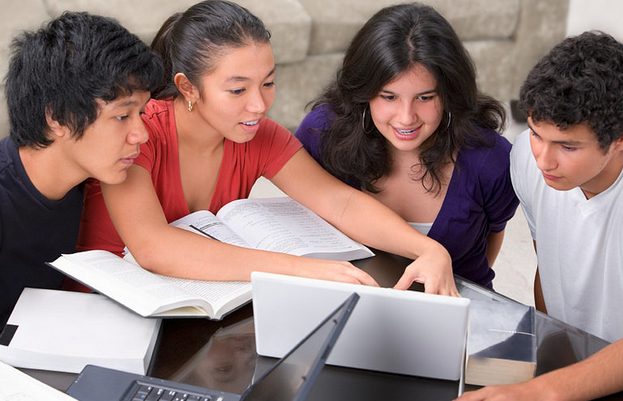 The state’s new education funding formula provides extra money for all low-income children, students learning English and foster youth, and contributes more dollars if they make up the bulk of students in a district. But if these “high-need” kids happen to be concentrated in a few schools within wealthier districts, they get less funding than they would receive in a poor district, a recent study revealed. The report also cautioned that districts’ accountability plans lacked the information to determine if the students were receiving the help they needed.

In “Implementing California’s School Funding Formula: Will High-Need Students Benefit?” researchers Laura Hill and Iwunze Ugo of the Public Policy Institute of California quantified a dilemma of the new funding system. There are 200,000 high-need students in 677 schools throughout the state who don’t draw maximum dollars under the formula because their districts don’t qualify as high-need. The funding formula “has not eliminated all concerns about funding adequacy and about how districts with unevenly distributed high-need students will allocate funds to students,” the report released last week said.

Under the formula that Gov. Jerry Brown pushed and the Legislature passed two years ago, a school district annually receives a base level of funding for every student plus a 20 percent supplement for each high-need student; that’s an average of about $1,500 extra per student per year, with some variation by grade. Districts with at least 55 percent high-need students receive additional “concentration” dollars for every student above the threshold. For districts with a high-need population of 60 percent (5 percent over the threshold), the concentration funding amounts to only a couple of hundred dollars per student. But for districts with 90 percent high-need students, the per-student concentration grant can be $2,000 or more each year.

The formula is calculated on districtwide student numbers, not on a schoolwide basis, even though in many large urban and suburban districts, particularly in the Bay Area and Southern California, property values create distinct neighborhoods of poverty and wealth. As a result, poor kids living in largely middle-class and wealthy districts get the 20 percent supplemental funding but not the concentration add-on.

The study cited two elementary schools in Capistrano Unified in Orange County; one school had 97 percent high-need students and the other 91 percent, yet in the district overall, only 24 percent of students qualified for extra money. In one elementary school in Carmel Unified, 76 percent of students qualified as high-need, compared with 17 percent in the district overall.

This funding issue was debated in the Legislature when the Local Control Funding Formula was proposed, said Carolyn Chu, a senior analyst with the Legislative Analyst’s Office. Concentration dollars recognize that districts need extra funding to help mitigate the challenges posed by the large proportions of non-English-speaking families and pervasive poverty. Proponents of the formula, including Brown and State Board of Education President Michael Kirst, who co-wrote the concept paper behind the formula, insisted that calculations be done at the district level, where state funding had always flowed, Chu said. One reason was to prevent a perverse incentive to redraw school boundaries to attract more concentration dollars. That would compound the problem of poverty, she said.

Calculating funding by school also would have increased the state’s cost to fund the formula – or required raising the high-need threshold to qualify for concentration dollars, she said. The tradeoff was that some high-need schools would get less money than their counterparts in poorer districts. The LAO agreed with Brown’s design, Chu said.

To ensure that supplemental money reaches high-need students in districts where they aren’t heavily concentrated, the state board added a requirement in the spending regulations. Districts can spread the money across the district – to extend the school day or provide language coaches in every school ­– only if it’s the most effective use of the money and mainly benefits high-need students. Otherwise, the money should be more narrowly targeted to meet these students’ needs. Starting this year, districts also must provide research to justify using money allotted for high-need students for districtwide programs and purposes.

In the Local Control and Accountability Plans, or LCAPs, that districts must complete annually, districts are supposed to spell out how they will increase and improve programs and services for high-need children proportional to the extra money that they attract to the district. However, state regulations don’t require a strict accounting for the spending.

And, the study said, there weren’t enough details in many of the first-year LCAPs, which districts completed last spring, to know for certain how money was spent. Several studies of first-year LCAPs – by researchers Daniel Humphrey and Julia Koppich, by Education Trust-West, and a separate study by PPIC researcher Paul Warren – reached the same general conclusion. In many of the 25 LCAPs examined, Warren wrote, “the action and budget sections of many plans were only marginally effective at outlining strategies for improving the quality of education.”

PPIC concluded it will be years before researchers and the community will be able to look at student outcomes to determine if the money was spent effectively.