Counselors optimistic about resurgence in schools 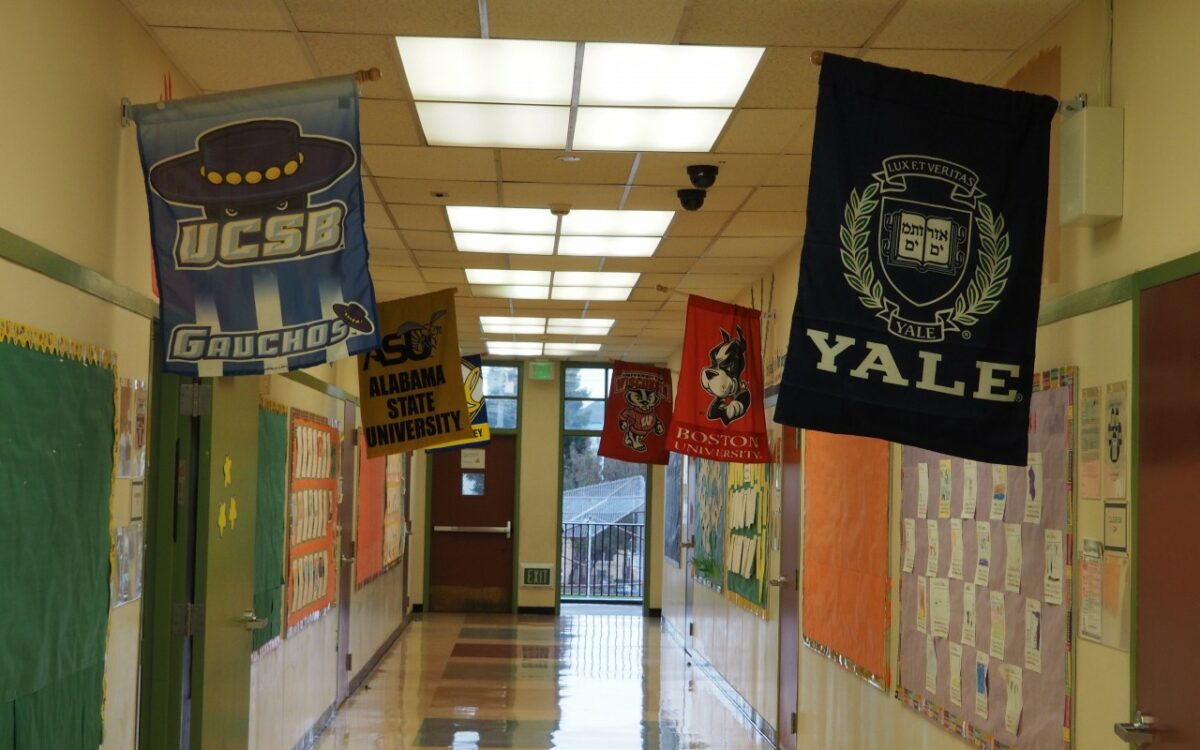 Tawnya Pringle was named one of the best school counselors in the nation this year, has won accolades from colleagues and students, and will soon be honored at a special White House ceremony.

But ask her to describe a typical day on the job, and she hesitates. “A typical day…” pauses Pringle, a veteran counselor at Hoover High School in San Diego. “My job is so varied.”

She rattles off a range of duties, from checking up on a suicidal student referred for mental health counseling, to meeting with 9th graders struggling with attendance and grades, to corralling juniors and seniors to review financial aid applications. The day might round out with a visit to the home of a struggling student.

Counselors play a key role in helping students succeed in school and persist to college, research suggests, but advocates say a shortage of counselors has hampered efforts to serve students. Yet several leaders in the school counseling field are optimistic. Additional K-12 funding and a growing state focus on college and career preparation – and a new push from First Lady Michelle Obama– are translating to more resources in some districts and greater recognition of the crucial role of counselors.

“Right now there’s a great focus which I really haven’t seen probably for a long time,” said Pringle, one of five-and-a-half full-time counselors at Hoover High, who manages a caseload of about 430 students.

“We’re not able to do the job that the kids deserve and that we know we need to do,” said Kirsten Barnes, counselor at Hanford West High School.

California had the highest ratio of students to counselors in the nation, with one counselor for every 1,016 K-12 students, according to the most recent U.S. Department of Education rankings from 2010-11.  Nationally, the ratio was 471 students to every counselor. The American School Counselor Association recommends a ratio of 250 to one.

No state mandate requires that schools hire counselors or sets a minimum ratio.

“I used to be able to meet with my students three or four times a year,” said Kirsten Barnes, a counselor at Hanford West High School in Kings County. “Sometimes I only get to meet with them one time a year and that’s not enough. We’re not able to do the job that the kids deserve and that we know we need to do.”

Barnes, one of three counselors at Hanford West, has 430 students this year. Six years ago, before the recession and associated budget cuts, the campus had five counselors, each serving about 300 students, Barnes said.

“So much has changed in the 20 years since I’ve been a school counselor,” said Barnes, board president of the California Association of School Counselors. “There are more home life issues, more foster children, more group homes, more displaced students, student anxiety issues, more social-emotional issues, and then there’s the whole cyber-bullying issue and suicide. It’s taken everything to a whole different level – and then trying to get them ready for college and career.”

Counselors provide academic and career counseling and are often the first responders guiding students through personal problems. Counselors aren’t therapists, but part of their job is identifying students in crisis and referring them for additional help.

A typical scenario played out one recent Friday in the office of counselor Christine MacInnis. MacInnis, who manages a caseload of 500 students at North High School in Torrance, was – as she often is – double booked for a 9 a.m. appointment.

One meeting was with anxious parents, concerned because their 9th-grade daughter’s grade point average had fallen from 3.5 to 2.5. The other: a student who was homeless after suddenly losing living arrangements.

With the practice of 19 years’ experience, MacInnis assessed the parents’ situation – their daughter had recently joined a softball team, which ate into much of her study time – and arranged a follow-up meeting to discuss the girl’s academics. The homeless student was referred to social services.

Research suggests that counselors are key to providing information about college and career opportunities to students, especially for students who are the first in their families to attend college.

A 2014 study by researchers at UC Irvine found that a smaller student-to-counselor ratio was associated with higher rates of college enrollment and more knowledge of postsecondary education. About 70 percent of students in schools with low student-to-counselor ratios took the SAT or ACT exam, compared with about 59 percent of students in schools with high ratios, according to the study. The exams, used by many universities in admissions decisions, are seen as an indicator of students’ college aspirations.

The recession exacerbated the shortage of counselors and other certificated staff. By 2012-13, the number of counselors in California’s 30 largest school districts was down 21 percent from pre-recession levels, according to a 2013 EdSource report. Los Angeles Unified, the state’s largest district with more than 640,000 students, saw a notable decline: the district went from 884 counselors in 2007-08 to 626 in 2012-13, the report said.

Loretta Whitson, executive director of the California Association of School Counselors, sees change on the horizon.

She said counselors are integral to meeting the eight priority areas districts must address under the state’s new funding system, the Local Control Funding Formula. The formula requires districts to file Local Control and Accountability Plans, or LCAPs, outlining how they are meeting the priority areas, which include student achievement, positive school climate, access to college-preparatory courses and more. The state provides additional money for schools with high concentrations of low-income students, English learners and foster children.

Some districts are using extra state money to hire more counselors, as well as social workers, attendance counselors and other student support staff, said David Kopperud, an education programs consultant at the California Department of Education. The state is not tracking the new hires, but Kopperud said anecdotal evidence points to a “resurgence” in hiring certificated counselors focusing on career and technical education programs.

Torrance’s North High, for instance, increased its counseling staff last year from three to four, MacInnis said, and opened up a college and career center on campus this year.

“There are some real areas of brilliance and excellence, but in other places, people are quite challenged,” Hatch said. “They seem to be unaware of the ways school counselors can contribute to the Common Core and the LCAPs and all the outcomes we’re looking to have students achieve.”

Counselors need to get better about tracking their effectiveness, providing data to administrators and policy makers on their impact, Hatch said.

She points to the Riverside County Office of Education as an example of the power of effective data. A leadership team has been focusing on counselors as a key part of improving graduation and college-going rates at Riverside County schools. The effort was recognized by President Barack Obama in December during a “College Opportunity Day of Action.”

“Counselors are going to be the catalyst to this,” said Mark LeNoir, principal in residence at the Leadership Institute of Riverside County.

LeNoir audited the transcripts of Riverside County high school students, analyzing how many had taken the sequence of classes, called a-g, that are required for admission to the University of California and California State University. He provided color-coded reports to schools – green in areas a student was on track, red where they were lacking – that allowed for targeted intervention.

The impact of high school counselors on college enrollment, College Board, 2013

“We’re trying to get our counselors to be college and career readiness oriented,” Cifuentes said. “We’re still including the social-emotional piece, but we found if we raise the rigor and get them college and career ready, we’re teaching our students resiliency and grit through that advising. We’re filling the gaps.”

Whitson also credits Michelle Obama’s Reach Higher Initiative with putting a national focus on counselors that is translating to more awareness of their role. The campaign encourages students to continue their education past high school, and the First Lady has highlighted the role counselors play in informing students about their options.

On Jan. 29, the national School Counselor of the Year finalists, including Pringle, will be acknowledged at a White House ceremony – a first for the counselors.

“It’s got people talking about it at the national level,” Barnes said. “Just having that conversation and having people go, ‘Oh yeah, this is important.’ It’s probably the most promising it’s been in a while.”