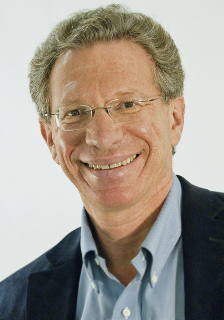 With the adoption of the Common Core standards by 43 states, the nation’s schools have embarked on one of the most ambitious reform strategies in the post-World War II era.

Opposition to the new academic standards, however, has emerged on several fronts. Some states are threatening to withdraw from the Common Core altogether. Nationally, support among the general public is shaky and eroding, at least based on the results of recent polls.

By contrast, the situation is different in California, where the prospect of implementing the Common Core without significant resistance seems greater than in many other states.

Here are eight reasons why:

Gov. Jerry Brown, the state Legislature, the State Board of Education and State Superintendent of Public Instruction Tom Torlakson back the Common Core. Even in the heated race for state superintendent, Torlakson’s opponent, Marshall Tuck, backs the new standards. Because Brown is expected to be in office for the next four years, and the Legislature will remain in Democratic hands, that is unlikely to change, even if Tuck changes some of the education dynamics if he is elected in November.

2.  There is no significant public opposition to the Common Core.

Most of the opposition to the Common Core has come in heavily red states. Legislation to repeal or roll back participation in the Common Core has been approved in the Republican strongholds of Oklahoma, North and South Carolina, and Indiana. California is a deeply blue state – Republicans make up a declining share of the electorate and have an increasingly marginal influence in the Legislature.

In some states, like New York, there is rising opposition from the progressive left, especially among teachers. The New York State United Teachers union voted earlier this year to withdraw its support because of the top-down implementation there and other reasons. It’s possible that similar opposition will emerge in California. But so far that has not occurred to any significant extent. National Education Association chief Dennis Van Roekel in endorsing the New York teachers even praised California for involving teachers in “crafting the implementation plan from the beginning.”

All four systems of higher education in the state – the University of California, the California State University, the California Community Colleges and the Association of Independent California Colleges and Universities – have come out strongly in favor of the Common Core and pledged in different ways to work toward its successful implementation. In a public letter, the heads of the four systems said the Common Core “has the potential to dramatically improve college readiness and help close the preparation gap that exists for California students.” California is thought to be the only state where the higher education systems have come together in such a unified way.

Ultimately it will be up to teachers – those in the classrooms who are face to face with children on a daily basis – to be responsible for the successful implementation of the new standards.

So far, the California Teachers Association is a strong backer of the Common Core, and the California Federation of Teachers supports it too, although with more reservations.

Some of the support can be ascribed to the fact that both Brown and the State Board of Education did not succumb to pressures from both the Obama administration and advocacy organizations to apply for waivers from the No Child Left Behind that would have required the state to link teacher evaluations to student test scores or other measures of “student academic growth.” As a result, California teachers are less resistant to the Common Core than in states where there were deeper concerns the new assessments that students will take for the first time this spring would be used to label teachers and schools failures.

California is also emphasizing a “support-and-improve” model of accountability, rather than the “test and punish” approach of NCLB – all of which is likely to encourage teacher support for the new reforms rather than alienate them from the outset.

5.  Common Core standards are integrated with other key reforms.

Common Core standards have been fully integrated into other reforms underway in the state – principally California’s reform of its school finance system and the adoption of the Local Control Funding Formula. Under the LCFF, each district must draw up a Local Control and Accountability Plan and specify how it plans to reach goals in eight “priority areas” set by the state. Common Core implementation is one of the eight priority areas school districts are expected to focus on.

A sign of the state’s commitment to the Common Core was the agreement by Brown and the state Legislature to allocate $1.25 billion for districts to spend on implementing the standards during the 2013-14 school year – specifically for professional development, instructional materials, technology upgrades to ensure smooth administration of online assessments, and for other purposes.

7.  California has been a leader in developing new assessments aligned with the Common Core.

Unlike some states where opposition to new Common Core assessments, California has been heavily involved in the assessments created by the Smarter Balanced Assessment Consortium. California is one of the consortium’s “governing states,” which allows it to vote on policy decisions. Stanford University professor Linda Darling-Hammond has been its senior research advisor. Significantly, the consortium will move its operations to California in the fall, when it becomes an independent unit in UCLA’s National Center for Research on Evaluation, Standards and Student Testing (CRESST).

8.  Field tests prepared students for taking Smarter Balanced tests in the spring of 2015.

California may well be better prepared than many other states, at least on a technical level, for the full-scale administration of the Smarter Balanced assessments next spring. That’s because the state decided to have all eligible students – about 3 million 3rd-8th graders and 11th graders – take the field test last year, even though the U.S. Department of Education said only a sample of students needed to do so. State officials say the process went relatively smoothly, and are optimistic that at least from a technical perspective the same will occur during the full administration of the assessments this spring.

It’s also true that California has a fractious, at times fickle populace, and popular opposition to the Common Core could emerge from any number of directions. There are other problem areas that could affect the rollout of the new standards in California, including whether teachers are adequately prepared to teach according to the standards, and whether they have curriculum materials that are adequately aligned with them.

“We recognize it will take years to ensure all of our 280,000 teachers are well prepared,” said State Board of Education president Michael Kirst in a recent Education Week interview. “The thing that keeps me up at night is that in a state of our size and complexity we need a large infrastructure to equip our teachers to teach the Common Core.”

For now California appears set to move ahead with the new standards without running into significant opposition, at least in the classroom or on the political front.  What is still unknown is whether the new standards will achieve their long-term goal: ensuring that students graduate from high school prepared to succeed in college or other career pathways.