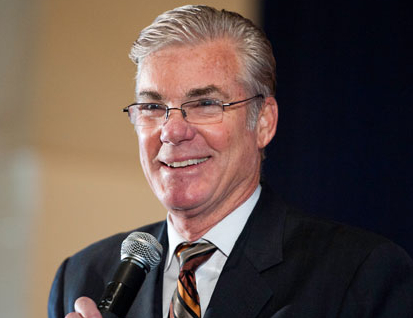 Gov. Jerry Brown included $1.25 billion in this year’s state budget for implementing the new Common Core standards. State Superintendent of Public Instruction Tom Torlakson is calling on the governor and the Legislature to match if not raise that amount next year – and throw in additional dollars to help districts cut student absenteeism and suspension rates.

With the Legislative Analyst’s Office projecting a surge in Proposition 98 revenue for K-12 schools next year, Torlakson advocates channeling at least $1.5 billion – about $240 per student – for school districts to choose how best to prepare students for both the Common Core English language arts and math standards and the new Next Generation Science Standards that the State Board of Education adopted in September.

“There is some anxiety as you talk to teachers because tough budgets have not allowed professional development over the past three years. And there’s a technology gap (to administer computer-based Common Core tests). But administrators and school boards are welcoming a chance for more training. The state should step up,” Torlakson said in an end-of-the-year interview.

The state has given districts the choice of spending their share of the $1.25 billion to purchase computers and technology, train teachers and administrators, or purchase instructional materials. A survey by the California County Superintendents Educational Services Association indicated districts are spreading the money around. However, it’s been difficult to gauge how well prepared districts are to teach the new standards as well as to administer the field test in the new standards in spring 2014 and to implement the first actual Common Core test a year later. Less than half of districts responded to an extensive survey by the state last spring on technology readiness. So Torlakson called on all districts to take the survey, called the Technology Readiness Tool.

“We’re emphasizing to superintendents and school boards that they need to identify what their needs are,” he said. “What is the gap (in technology to administer the new tests)?”

Without the results, it will be harder to make a case to the Legislature for more money, he said.

Torlakson said his other priority for one-time state money would be to train teachers in alternative forms of discipline to suspension. Assemblyman Roger Dickinson, D-Sacramento, has sponsored bills the past two legislative sessions to restrict suspensions based on “willful defiance” of school authorities, a catch-all phrase in state law. Two years ago, Brown vetoed the bill; this year, Dickinson pulled back his bill, pending further work, and expects to reintroduce it in 2014. Torlakson said that regardless of the status of Dickinson’s bill, there is a need to train teachers in strategies to defuse situations that would lead to school suspensions.

School districts will be required to pay more attention to reducing suspension and absentee rates when creating their Local Control and Accountability Plans, an annual requirement under the state’s school financing system, the Local Control Funding Formula. Setting goals to improve school climate and student engagement are among the priorities that districts must address. Torlakson said that through regional symposiums, the state Department of Education can help districts identify early patterns of chronic absenteeism and, through partnerships with social service agencies, intervene with parents through home visits. “It’s important to go knock on doors,” he said.

Torlakson discussed other issues as well.

Conflict with federal officials on testing: Torlakson said that he expects a response from the federal Department of Education early next month on the state’s application for a one-year waiver from federal standardized testing requirements. U.S. Secretary of Education Arne Duncan has agreed to allow 20 percent of students in a state to take a field test in the Common Core standards in grades 3 through 8 and grade 11 in lieu of  a state standardized test. However, a new state law, AB 484, which Torlakson sponsored, requires all districts to administer an abbreviated version of the computer-based field test to all students, and discontinues nearly all California state standardized tests.

Torlkason and the State Board of Education argue it makes no sense to continue to give standardized tests on state standards when students need to transition to Common Core standards. There’s no assurance that Duncan will agree to the state’s plan, and federal officials have threatened to withhold tens of millions of federal Title I dollars. Discussions with federal officials have continued, Torlakson said, without hinting at a possible outcome.

However, heads of seven California nonprofit organizations have stepped up pressure on Duncan to set conditions for a possible state waiver. In a Dec. 23 letter, they asked Duncan to require that districts make public the results of the Common Core field or practice test, including by student subgroups.

“It is clear that parents, teachers, principals, superintendents and voters in California believe it is important to test students and provide that data to help schools improve,” they said. Signers include Bill Lucia, president and CEO of the advocacy organization EdVoice; Arun Ramanathan, executive director of Education Trust-West; and Rick Miller, executive director of the California Office to Reform Education, a nonprofit serving 10 school districts.

State officials have argued that the field test will not produce valid and reportable results for districts and student subgroups. Its primary purpose, they said, will be to assist the test developer, the Smarter Balanced Assessment Consortium, perfect its assessment for 2015.

Accelerated development of new tests: AB 484 requires the Department of Education to present a master plan for introducing new standardized tests in subjects not covered by Common Core standards by March 2016. However, Torlakson said that he plans to meet with State Board of Education President Michael Kirst and Executive Director Karen Stapf Walters to discuss a faster timeline for tests in some subjects. High school math tests, including Algebra I, and tests in the new science standards would be priorities for quicker test development.

Action on teacher dismissals and evaluations: Faced with potential ballot measures rewriting state laws on teacher dismissals and teacher evaluations, Torlakson said the Legislature should act on those issues. For two straight years, the Legislature deadlocked on a bill that would make it simpler and less expensive to fire teachers accused of sexually abusing students. A proposed initiative sponsored by EdVoice would put the issue to voters in November 2014.

Earlier this month, a consultant affiliated with Sacramento-based StudentsFirst submitted a proposed initiative to the attorney general for approval that would rewrite the state’s teacher evaluation law and eliminate teacher dismissals based on seniority. Torlakson said he has not reviewed the two initiatives, which have yet to qualify for the ballot, but encouraged the Legislature to act this session on its own. The initiative would impose a teacher evaluation structure that Torlakson said should be collectively bargained.

In September 2012, a task force that Torlakson appointed released a report, Greatness by Design, that recommended a more comprehensive approach to teacher evaluations than required by the current law, the Stull Act. Linda Darling-Hammond, an education professor at Stanford and current co-chair of the state Commission on Teacher Credentialing, co-chaired Torlakson’s task force.

Analysis of AB 484, Torlakson’s bill  laying out the future of student testing, by the Senate Education Committee, July 2013