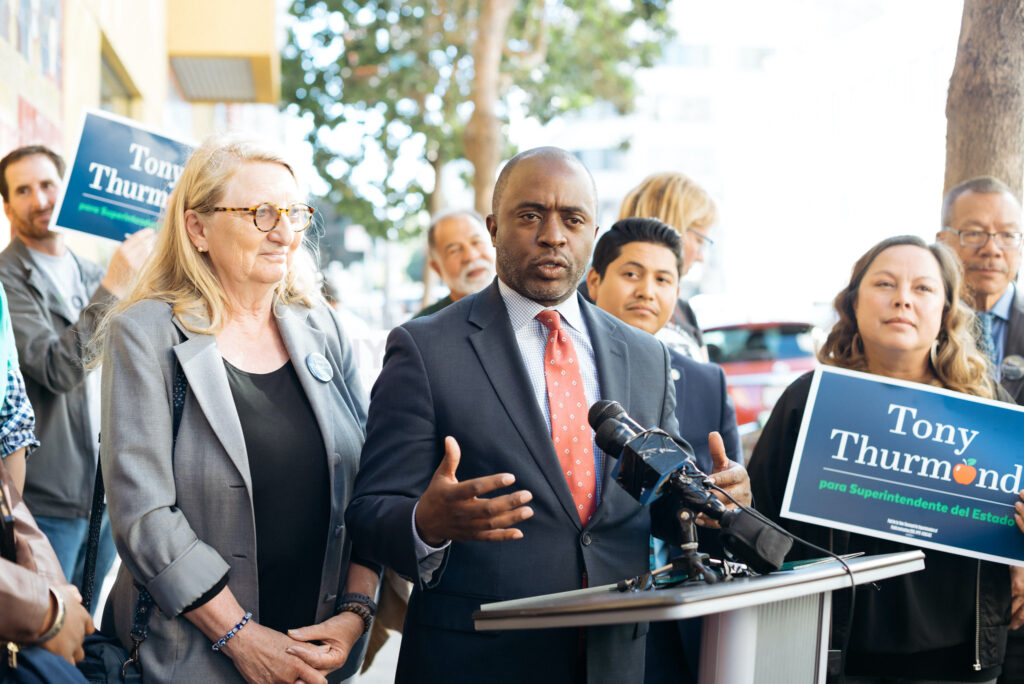 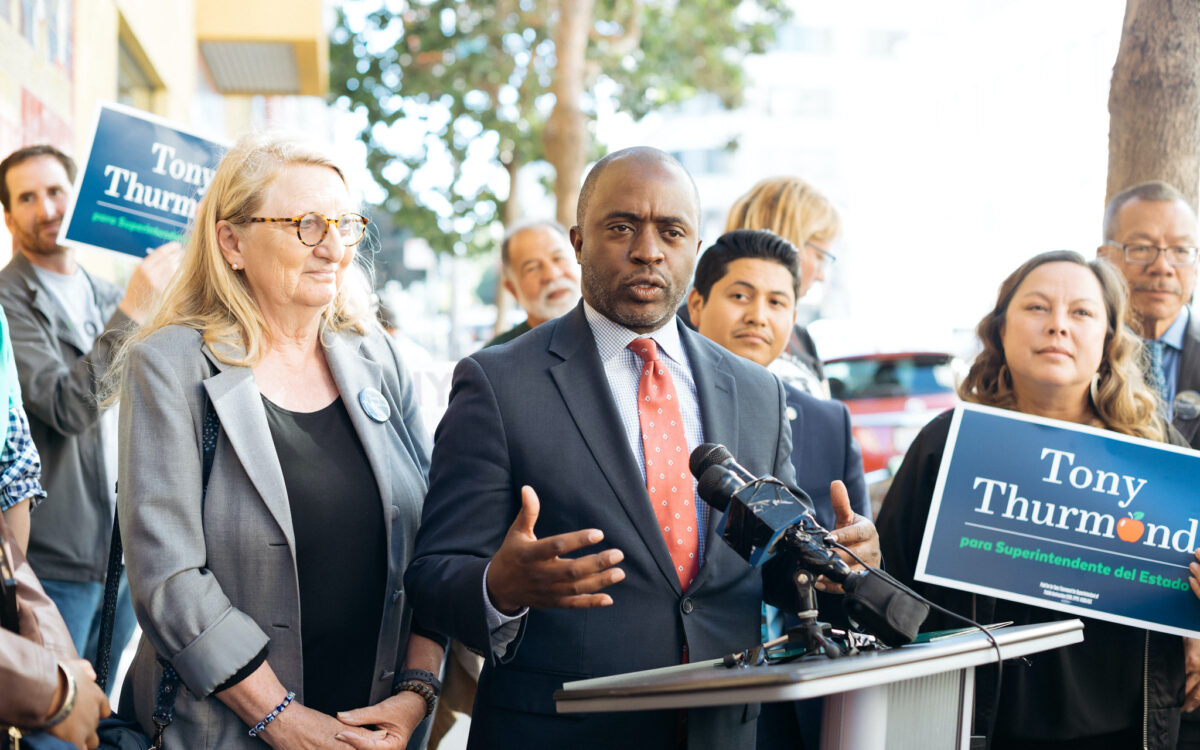 With the power of incumbency and a funding advantage behind him, California Superintendent of Public Instruction Tony Thurmond handily won election to a second 4-year term on Tuesday.

Thurmond, 53, a former two-term Democratic assemblyman from Richmond, was leading Lance Christensen by nearly 2-to-1, 66% to 34% with more than half of the vote reported. It was a larger margin than Gov. Gavin Newsom held over his Republican opponent, state Sen. Brian Dahle.

That contrasted with Thurmond’s grueling victory four years ago over another Democrat, Marshall Tuck, a former charter school leader and administrator of a partnership of low-income schools affiliated with Los Angeles Unified. Thurmond won that race 51% to 49% in the state’s most expensive state superintendent campaign and in which wealthy supporters of charter schools outspent public employees unions’ contributions for Thurmond 2-to-1.

The office of state superintendent is nonpartisan, with no party affiliation listed on the ballot, but Thurmond had the backing of the state’s leading Democrats and the California Democratic Party. Christensen, 45, is the vice president of education policy and government affairs at the California Policy Center, a conservative research and advocacy nonprofit, and a former legislative adviser to two Republican state senators.

The state superintendent has no authority to set policy or pass legislation but has the biggest microphone on education issues. The primary responsibility is to run the California Department of Education, with its 1,500 employees, who administer laws and state and federal regulations and funding.

Thurmond was expected to handily defeat Christensen, a relative unknown whom Thurmond refused to debate. Thurmond was forced into a runoff by failing to receive a majority vote in the June primary election. He received 46% in a field of seven candidates, nearly four times what second place Christensen captured with 12%.

Thurmond faced turbulent times in his first term, with Covid shutting down schools, sending students home to remote instruction, in March 2020, 15 months after he took office. He led the effort to raise $30 million to buy and distribute 100,000 computers and hot spots and advocated strongly for more state funding for counseling and mental health services for students while steering clear of parent groups demanding to reopen schools when Covid infections declined. The news site Politico reported on the high turnover of Thurmond’s administrative staff and quoted unnamed former employees who cited a toxic work environment.

“Thurmond was a shoo-in for reelection in a one-party state,” said Dan Schnur, a longtime political observer and adjunct faculty member of the USC Annenberg School for Communication and Journalism.  “In a more politically balanced state, he could have faced a more difficult reelection campaign.”

Newspapers, including the Los Angeles Times editorial board, that expressed disappointment with his first term nonetheless endorsed his re-election, finding Christensen’s stances too conservative. “Christensen’s positions are too out of line with the values of most voters in California to make him a candidate worthy of consideration,” the editorial board said.

Christensen’s long-shot hope of victory rested on turning the election into a referendum on school choice and parent anger over the slow reopening of schools during Covid as well as vaccination and masking policies. That didn’t happen.

Schnur said he wasn’t surprised. “When one party so dominates the other, partisan imbalance tends to obscure most policy disagreements,” he said. “Many parents are concerned about their family’s education but not enough to change parties.”

The $159,000 for the campaign that Christensen raised, compared with $3.5 million for Thurmond, including $2.7 million that the California Teachers Association and other public employee unions raised independently, made it difficult to get the word out, Christensen said. State Republican Party donors he was counting on didn’t deliver, putting their money in local school board races for the first time, he said.

“I had no regrets getting into the race when others didn’t. I wanted to make sure there was someone to articulate concern with the state of education and dissatisfaction with the incumbent,” he said Tuesday. He said he would not give up on school reform issues. In 2024, that could be advocating for school choice or literacy reforms, he said; Christensen helped draft a proposal for an Education Savings Accounts initiative, providing families with money for private or religious school tuition, that didn’t make the ballot this year.

During the past year, Thurmond created a task force on early literacy. He secured funding through the Legislature for $20,000 scholarships for those pursuing careers in counseling who are willing to commit to two years of working in schools of high need. He also obtained money for anti-bias efforts in schools and created a plan to obtain more Medi-Cal funding to expand mental health care for students.

Other priorities, he said, would include helping students in career pathways to obtain paid internships and expanding opportunities for STEM education, civics and environmental literacy.