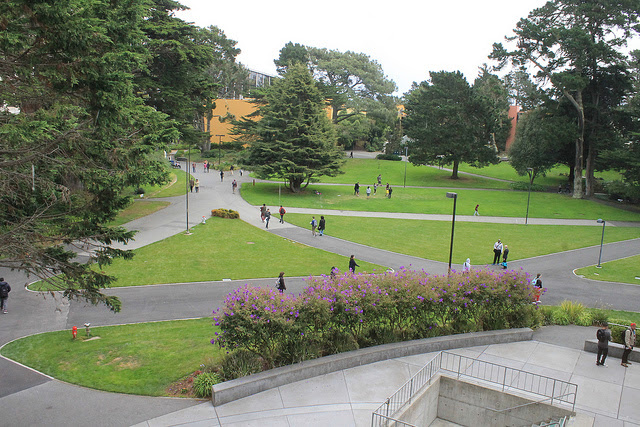 Legislature will need to approve list by this summer

A handful of community colleges and universities are on the shortlist to possibly receive the state’s first batch of affordable student housing grants.

California’s Department of Finance, in a letter to the Legislature on Tuesday, recommended that five community colleges, UCLA, UC San Diego, San Francisco State and San Diego State receive a piece of nearly $480 million to create affordable housing for 3,545 students. The community colleges are Imperial Valley, Fresno City, College of the Siskiyous, Ventura and Sierra colleges.

The final list will be approved by the state Legislature by June.

Under the recommended project list, San Francisco State would receive the largest share at $116.3 million to build new residential housing for 750 students.

“With rent prices in San Francisco, I’m not surprised we made the list,” said Barry Jodatian, associate vice president of capital planning, design and construction for the California State University campus.

In October, the University of California, CSU and the community colleges submitted 42 projects totaling about $2.8 billion to be considered for the funding — far more than money available. In January, Gov. Gavin Newsom proposed approving $750 million for the grant program next year.

San Francisco State’s affordable housing plan would add a new residential hall to the campus for 750 new low-income, first-year students. Rent in the proposed dorm, which would house three students to a unit, would be about $845 a month or $7,600 an academic year.

But even adding nearly 800 more beds to the campus won’t solve the school’s housing problems. More than 2,500 students were wait-listed this year for housing, Jodatian said.

The new affordable housing grant doesn’t completely cover the building cost of San Francisco State’s or other colleges’ projects. Jodatian said the San Francisco campus would use dollars from bonds the CSU system regularly issues for housing to cover the rest.

Fresno State didn’t make the recommended project list but could see funding in the future as the grant program continues. The campus has a 250-person waitlist for residential housing and proposed a $48 million plan to add 225 beds.

Debbie Adishian-Astone said campus officials are optimistic that future legislation, like Assembly Bill 1602, will help the universities and colleges solve the affordable housing problem for the state’s students.

“That’s a game-changer for higher ed,” Adishian-Astone said of the bill. “If we can get this support from the state, it allows us to keep rent affordable.”

As for the eight projects recommended by the state Finance Department, if the Legislature approves that list by June, campuses could start breaking ground as early as December.

According to the letter to the Legislature, in addition to SF State, funding is proposed for seven other projects:

An additional 69 community colleges are recommended to share in $18 million in planning grants for possible future projects. Two of them — Butte and Merced colleges — would plan with neighboring universities.