Why phonics instruction is not enough for English learners 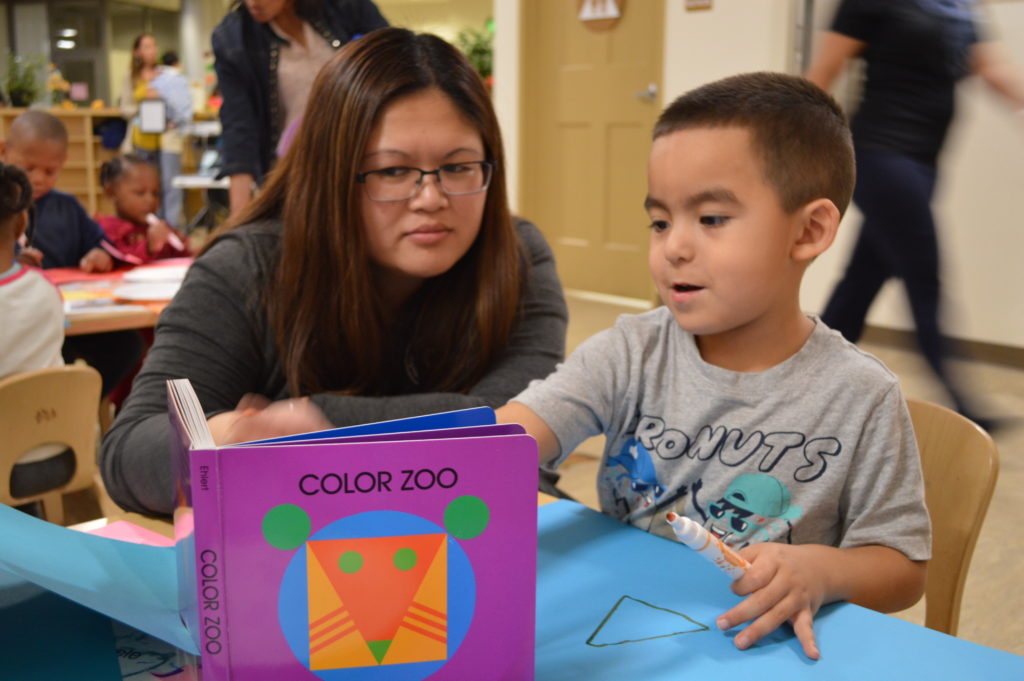 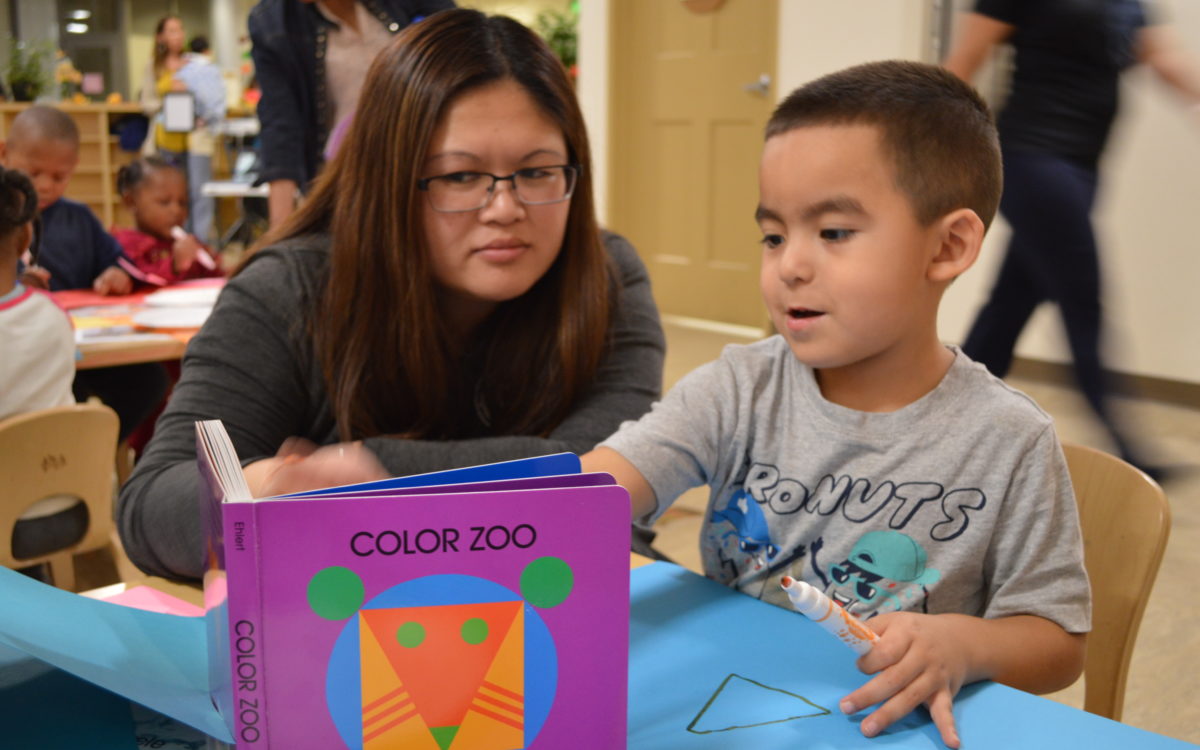 As California launches a new literacy campaign, some advocates worry that for English learners, a focus on sounding out words will come at the expense of learning the meaning of words.

State Superintendent of Public Instruction Tony Thurmond announced a new statewide literacy campaign on Tuesday to help all third grade students in the state learn to read by the year 2026.  For those learning English, that roadmap may look very different.

The Science of Reading in Dual Language

Caught in the Crosshairs: Emerging Bilinguals and the Reading Wars

In recent years, there have been calls across the country to focus more on phonics — learning how to sound out syllables in words — during reading instruction. Many researchers and advocates for students who are learning English as a second language, however, say that while phonics is important, English learners also need to learn the meaning of the words they are sounding out. They recommend that teachers give students experience reading aloud, vocabulary lessons and lots of practice speaking, in addition to phonics.

“Our kids became very good decoders — they can sound out a word, but it doesn’t do you any good to sound out a word if you don’t know what it means,” said Kathy Escamilla, professor emeritus of education at the University of Colorado, Boulder. Escamilla is part of the National Committee for Effective Literacy Instruction for Emergent Bilinguals, which formed this year. In California, several organizations and individuals from different school districts across the state have formed a state committee with similar goals.

The concern from Escamilla and others stems, in part, from the experience of a national reading program known as Reading First, which began under the No Child Left Behind Act in the early 2000s. Some evaluations of the program found that students learned how to sound out words well but that reading comprehension did not improve.

“We were concerned at that time that this was contributing to the long-term English learner issue because as kids got into fifth grade and not understanding what they were reading, it became very problematic,” said Martha Hernandez, executive director of Californians Together, a nonprofit organization focused on improving education for English learners. A long-term English learner is a student who has been enrolled in school in the U.S. for six or more years but has not yet become fluent in English.

Whereas students who speak English fluently already know the words they are sounding out, students learning English may be learning to sound out words they don’t understand.

“When you’re teaching phonics in a decontextualized way, you teach them c-a-t, but if you don’t bring in a picture of a cat or an actual cat, they can do that, but they don’t have any idea what you’re talking about,” Escamilla said.

“Oral language development is what we do with our kids when our kids are born. We point to the juice and we say, ‘Does baby want juice?’” Escamilla said.

In a classroom, oral language development might be children speaking to each other, practicing new vocabulary. Teachers can also teach chants or songs that use new vocabulary and read aloud with the class.

Anabolena DeGenna, assistant superintendent of educational services at Oxnard School District, said in recent trainings for teachers in her district, the teachers learned that it was important to connect their phonics instruction to the books they read aloud to students. For example, if a teacher is focusing on learning the sound of “uck,” then they might read a children’s book called “The Stuck Truck.”

“I’m reading an interesting book, a fun book for the kids. I’m also being very intentional about teaching phonics through reading, rather than just a stand-alone,” DeGenna said.

Oxnard School District started a new approach to literacy a few years ago, after the data showed that their students were not performing as well as the district would have liked on tests.

DeGenna said the district is also trying to make sure that students learning English as a second language have rigorous instruction in other subjects, such as social studies and science. When she walks into a classroom, she said, she wants to see students learning and writing about those subjects, and reading interesting texts and literature, in addition to phonics instruction.

“Students of color and English language learners tend to historically not have access to rigorous instruction because we feel like we have to fill in the gaps first before we give students that information,” DeGenna said.

As students return to in-person instruction this fall, many teachers are also worried about filling in the gaps in learning that may have resulted from distance learning during the Covid pandemic. For example, Alicia Raygoza, a teacher on special assignment in Mountain View School District in El Monte, in Southern California, said some second grade teachers have shared with her that some of their students don’t know all the letters in the alphabet, a skill they normally would have mastered in kindergarten and reinforced in first grade.

“There is a tendency to think, ‘Oh my gosh, the kids don’t know this. Oh my gosh, they don’t know the letters. Oh no, I’m going to have to teach kindergarten,’” Raygoza said. “One thing I’m trying to do is reinforce with the teachers I support is that it’s not that they don’t know how to learn or they’re not capable. They’re still very capable of learning. We want to make sure that we accelerate their learning.”

Raygoza encourages the teachers she works with to continue with the work students need to do in second grade, while also filling in gaps. So instead of going back to focus only on the alphabet, as you might in a kindergarten class, second-grade teachers should continue with second-grade work, but also reinforce the letters.

Raygoza also encourages teachers to read aloud to their students because they can model good reading, and because it gives them a chance to fill in background information and vocabulary. A teacher can stop reading and ask the class questions, and help them understand words they don’t yet know.

“In the past there would be some tests for English learners where they might be given a situation having to do with snow, and our kids may have never been to a place with snow or experienced that kind of weather. It’s super important with read-alouds to fill in the background information,” Raygoza said.

In addition, Raygoza said, teachers should show students the connections between English and their home language, showing them how letters may or may not have the same sound in their native language as English or how some words might be cognates, which means they are spelled similarly and have similar meanings in both languages. And it’s important to involve parents and other family members as much as possible.

“They’ve been home with their parents for the full year. They’re rebuilding the stamina, and they’re missing their parents,” said Raygoza. “That’s a great opportunity to do home-school connections, talking with parents, interviewing their parents, so the parents are still involved in the learning.”