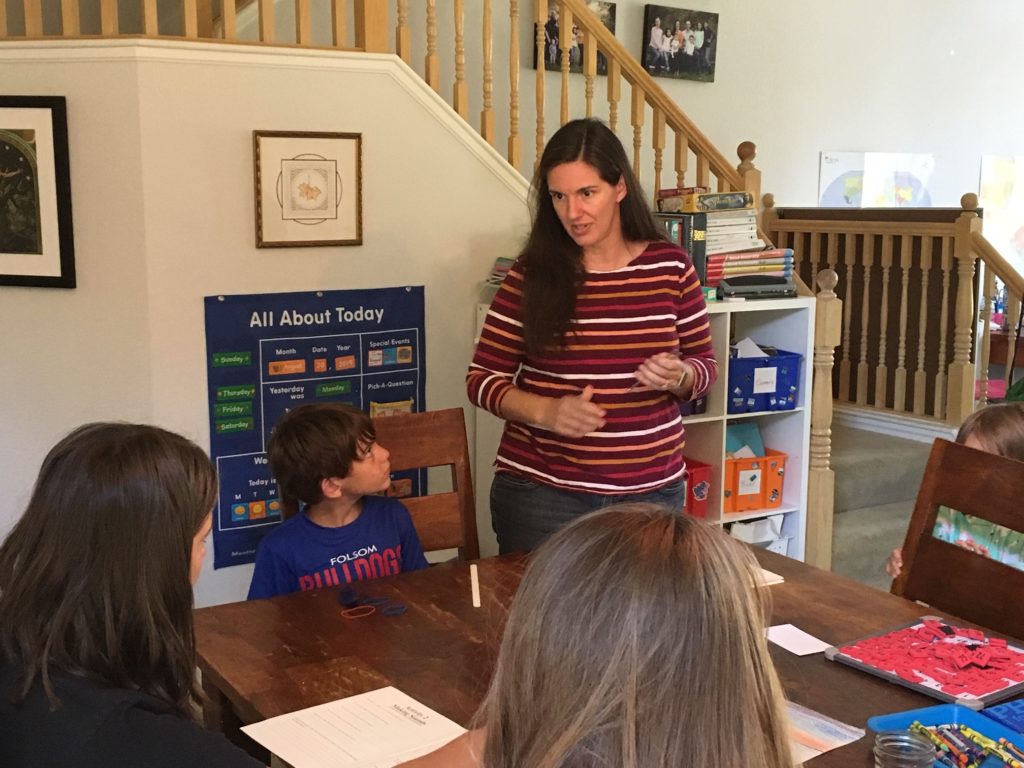 Will home-schooled students return to campuses in the fall? 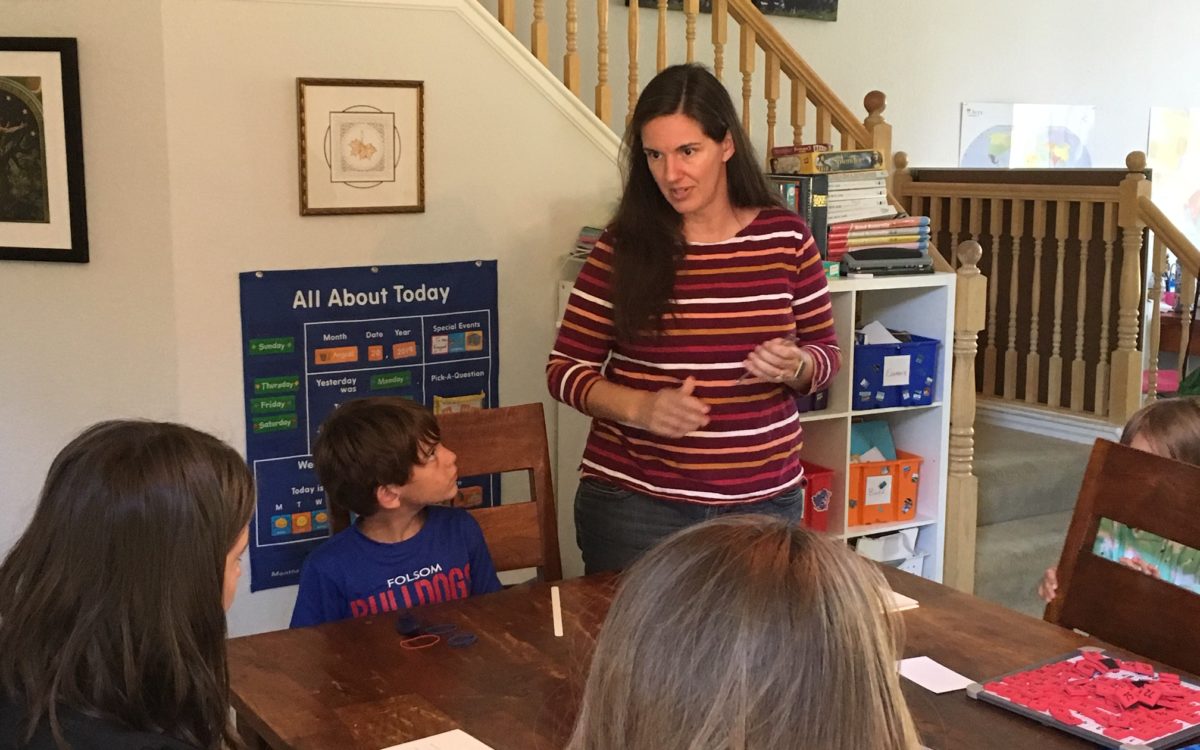 Diana Lambert/EdSource
Shauna Anderson, a member of the Homeschooling Association of California, discusses a lesson with her children.

Diana Lambert/EdSource
Shauna Anderson, a member of the Homeschooling Association of California, discusses a lesson with her children.

During the height of the pandemic, almost 35,000 California families filed an affidavit with the state to open a private home school.

Parents who file an affidavit do not have the oversight or guidance provided by a school district or public charter school. Instead, they must provide all the curriculum, materials and instruction for their children. They also do not receive the funds to cover the cost of supplies, outside classes or extracurricular activities that charter schools usually provide.

Home-schooling programs nationwide saw a substantial increase in enrollment after school campuses closed last year, according to the U.S. Census Bureau’s Household Pulse Survey. On April 23, 2020 — a few weeks after campus closing began — about 5% of U.S. households reported that they were home-schooling at least one of their school-age children, according to the survey. By fall that number had climbed to 11%.

“It’s clear that in an unprecedented environment, families are seeking solutions that will reliably meet their health and safety needs, their childcare needs and the learning and socio-emotional needs of their children,” according to a news release from the Census Bureau.

Charter schools can operate in school buildings or be home-based. They remain the most popular way for families to home-school their children.  Some parents opened their own home schools when charter schools filled up during the pandemic and began to turn students away, said Jamie Heston, a home-school consultant from the Bay Area. It’s not clear exactly how many California students are in home-school programs operated by charter schools because that data is not collected.

Enrollment in non-classroom based charter schools also was limited by a state law passed during the pandemic that held schools to funding based on their 2019-20 attendance. For some parents, a private school affidavit seemed like their only option, Heston said.

Heston said she saw a huge increase in interest in her Homeschool 101 class, which serves as an introduction to home schooling, during the pandemic. She said about 100 people signed up for the virtual class each month last summer, compared with the five to 30 who attended the in-person classes held four times a year at four local libraries before the pandemic.

The majority of parents Heston spoke to told her they were unhappy with distance learning and the amount of time their children spent in front of the computer. Many parents, even those with children attending expensive private schools, said they were disillusioned with the education they saw their child receiving online, she said.

Cathy Yu pulled her 16-year-old son out of his Bay Area high school last September after watching him struggle with distance learning. Yu looked over his homework assignments and online lessons and didn’t like what she saw. Lessons were often brief, uninteresting and recorded. Feedback from some teachers was minimal, and the Sequoia Union High School District’s decision to use pass or fail grades left him unmotivated, she said.  She decided to run her own home school and filed a private school affidavit.

Yu, who already home-schools a younger son through a charter school, had considered removing her eldest from Menlo-Atherton High School before the pandemic because she felt the school required too much “busy work” that didn’t move him forward academically. Six classes a day, hours of homework each night, cello lessons and sports often left him exhausted, she said.

“I saw a positive change the past year, after we removed him from the school,” Yu said. “I think he has a lot more time to absorb things around him and is more engaged. He is more motivated. He now has more drive, prepares for the exams himself. It has been a very positive experience for us.”

A majority of the children whose parents chose to home-school during the pandemic are likely to return their children to school campuses, but not all, Heston said. She is already seeing enrollment for Homeschool 101 classes returning to pre-pandemic levels.

Currently, there is no way to know whether a person who filed a private school affidavit plans to open a private school or a home school. State law doesn’t allow the California Department of Education to collect information that would allow it to determine which schools are based at home, said Scott Roark, a department spokesman. Enrollment of 5 or fewer students is considered a good indicator of a home school, he said.

Private school affidavits have been criticized by some because of the lack of oversight provided by the state. The home-schooling method got public attention when a couple operating a private home school were convicted in 2019 of abusing their children. Louise and David Turpin were arrested in Perris for torturing, abusing and imprisoning 12 of their 13 children, ages 2 to 29. The parents, who were sentenced to 25 years to life in prison, filed an affidavit with the state to open a private school to home-school their children.