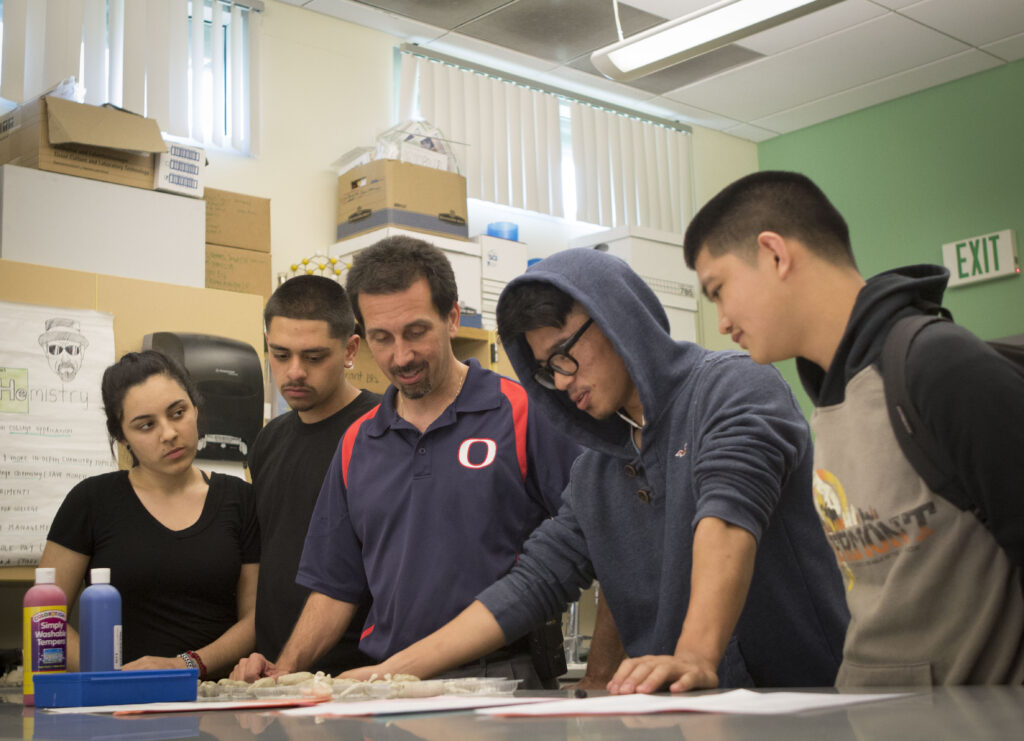 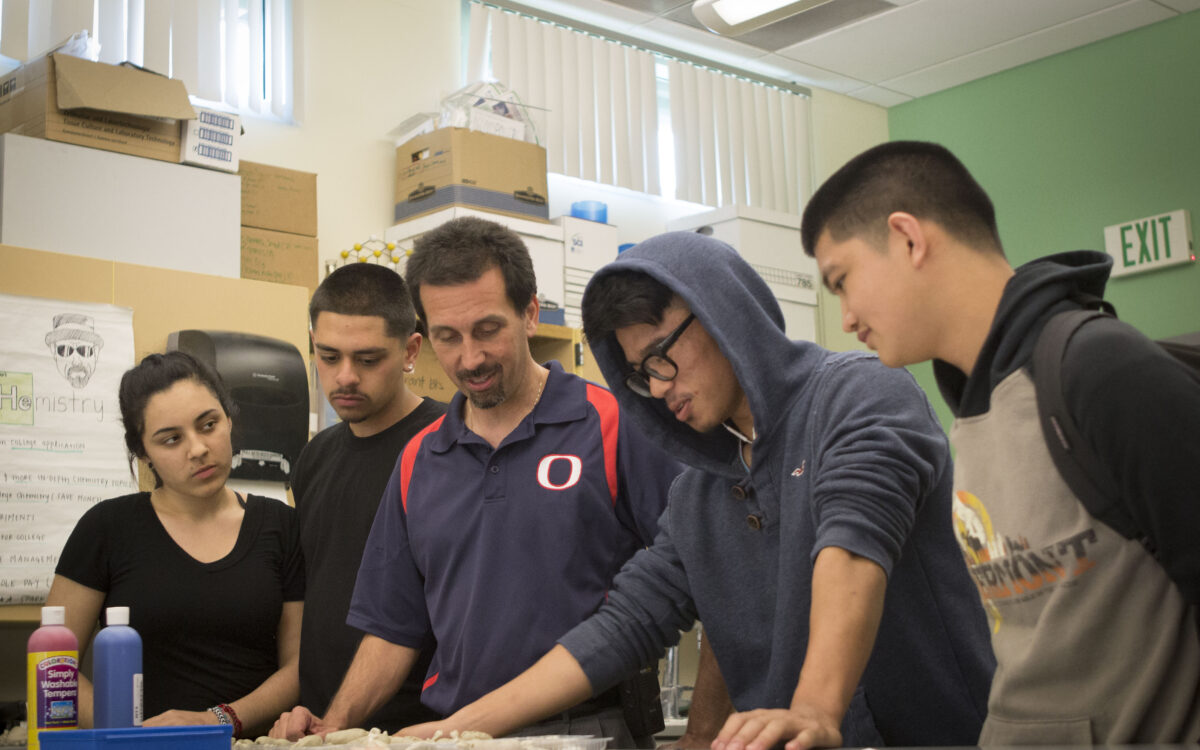 Typically, many scholarships and accolades come at the end of the senior year to recognize outstanding performance of top students.

Imagine instead a series of “micro-scholarships” for a different purpose targeted toward students at low-income high schools. Spread out like bread crumbs over four years, they would build students’ confidence, their resumés and plans for the future, and would end at graduation with as much as $5,000 in the bank for those who have earned them.

That is the model behind SJ Aspires, a program that San Jose Mayor Sam Liccardo envisioned and has piloted with the help of the city library, the San Jose Library Foundation and partners. On Thursday, Liccardo announced that Silicon Valley funders, including Apple and Adobe, have donated more than $6 million, including $2 million to expand the program beyond the 700-plus students from two high schools and a smaller alternative high school, Opportunity Youth Academy, that now benefit from it.

Students in San Jose live in one of the wealthiest regions with the highest paying jobs in the nation; over the next decade, Google plans to transform downtown with a village for 25,000 employees. But most San Jose students won’t share in the prosperity or work at those jobs; only 30% graduate with a college degree within six years of graduating from high school.

“The past year has been brutal and unearthed how severe the divide is in our communities,” Liccardo said Thursday at a press conference announcing the additional contributions. “For too many low-income students, the financial and informational barriers to college and community success are too high.”

That’s why, he said, “We created a digital platform with signposts to guide students from the first week in high school to propel themselves along a college-going path.”

The 350 freshmen at Overfelt High, one of 18 schools in East Side Union High School District in East San Jose, and sophomores at San Jose High, in San Jose Unified, are the first full classes enrolled in the SJ Aspires pilot program.

“Many students don’t start thinking about plans after high school until they are juniors, so anything to get them to start thinking in 9th and 10th grades would help,” said Vito Chiala, principal of Overfelt High.

Recognizing student accomplishments along the way, instead of waiting for graduation, can build a school culture that encourages academic achievement, he said.

SJ Aspires has several components. Virtual “scholar dollars,” converted into real dollars when students enroll in a higher education institution after graduation, are an obvious driver. There are nearly 50 opportunities for “core” and “supplemental” scholar dollars.

Current core awards, involving meeting prerequisites for admission to the University of California or California State University, include $150 each for applying to college and creating a college-going A-G course plan, $300 for meeting A-G requirements upon graduating and $600 for graduating with a 3.0 GPA.

How to earn “scholar dollars”

There are dozens of supplemental awards. They currently include:

Chiala views the awards as building mindsets, not as giving bribes. Good grades and extracurriculars “are what successful students do. By participating and achieving them, students start seeing themselves as ready and bound for college,” he said.

The awards also address doubts that some students in East San Jose may have, Chiala said. “Do I see myself in college? Do I believe I belong in Silicon Valley corporations with my own identity and my own strengths?” he said.

This has been a difficult year to roll out and explain remotely a comprehensive new program like SJ Aspires to freshmen and sophomores, who have a lot beside the future on their minds. Nonetheless, 138 students have earned a collective $26,200 so far at Overfelt High, Chiala said.

Another element of the program is the online resources platform SRA Hub, administered by the San Francisco nonprofit Students Rising Above. It contains learning modules, webinars, tools, videos and student forums on researching what to look for in colleges and how to apply to them, seeking financial aid, pursuing internships, and conducting college interviews. Students can work at their own pace.

The third component is personal touch: check-ins with Students Rising Above advisers and text reminders to see how students are doing, whether they’re making deadlines and are on track to apply to college or vocational programs. Staff are available to advise on how to write resumes and apply for jobs.

Chiala said that Overfelt High’s students qualify for college scholarships, but SJ Aspires shows them how to put together a financial plan and then potentially offers $5,000 that can make a huge difference in their decisions on whether to apply to a four-year university.

“The $5,000 is definitely a help to students who grew up in east side San Jose, help to take some of the pressure off of parents. It’s help to look forward to college and the future. That’s what it’s about,” said Analisa Villaneuva, a 9th-grader at Overfelt High.

With additional money, SJ Aspires will be able to initially reach about 10% of the approximately 9,000 9th-graders who enter San Jose’s two dozen high schools every year. It will take years of additional fundraising to reach all of them.

Next year, the John W. Gardner Center at the Stanford Graduate School of Education will evaluate the program and suggest how it can be refined.

“If we’re able to show that by affecting the decisions and the perceptions of a 14-year-old from the very first weeks in high school, and we can get more kids onto a college-going path,” Liccardo said. “I suspect you’re going to see a snowball effect of others wanting to jump in (with contributions) and make it happen in their own communities.”