How will expanded transitional kindergarten roll out? 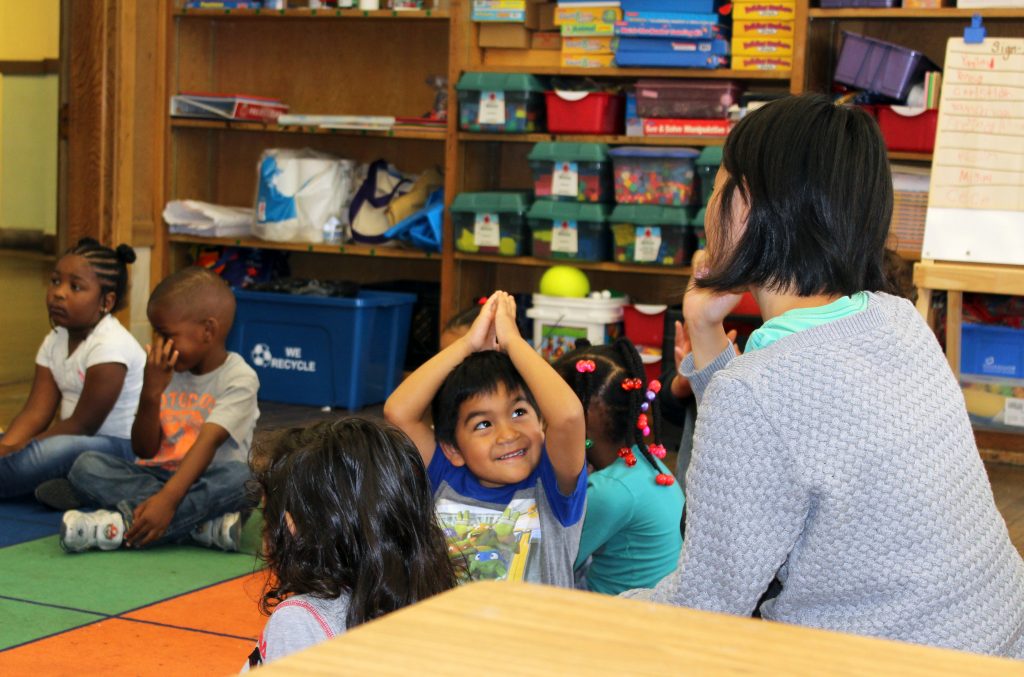 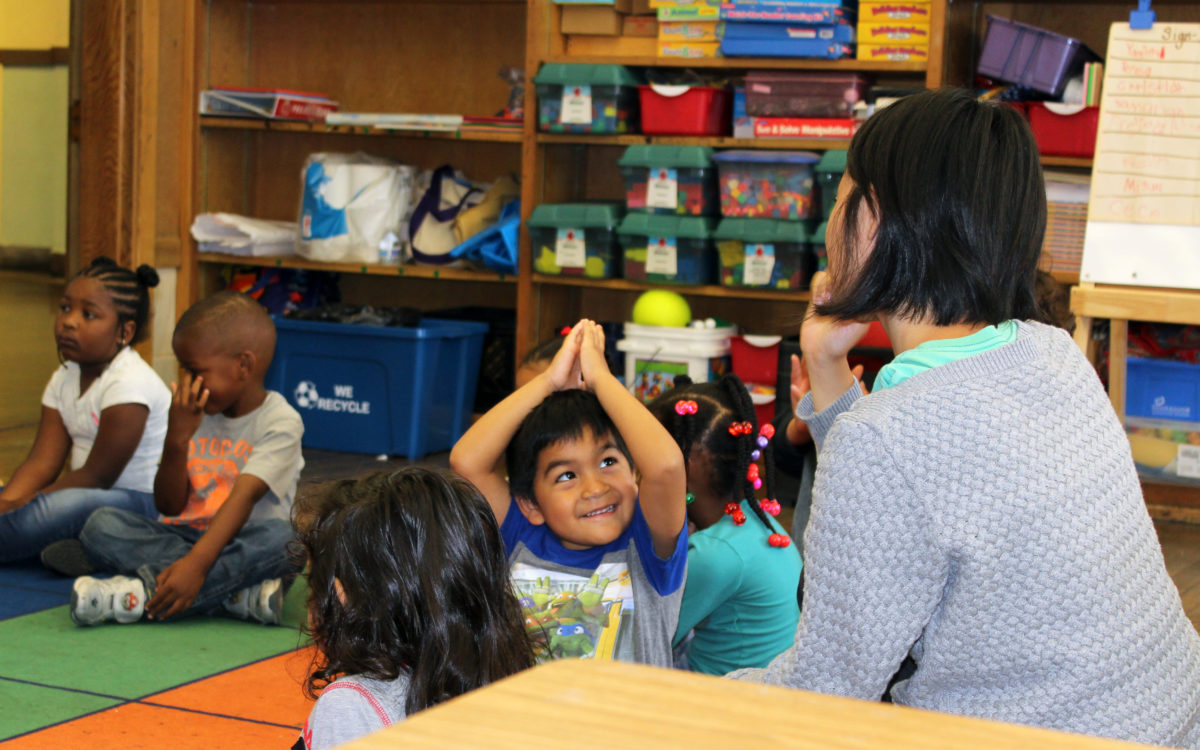 Gov. Newsom’s proposed budget calls for a $500 million investment, a down payment toward the ultimate goal of offering transitional kindergarten to all 4-year-olds in the state.

Newsom hopes to kick-start more programs for transitional kindergarten, or TK, as it is often called, by offering $250 million in grants to school districts as an incentive to develop and expand these programs. The budget also includes $50 million toward teacher training and $200 million to build facilities for younger children. The K-12 budget “trailer bill,” a 76-page document containing details about the governor’s educational proposals, paints a clearer picture of how these incentives will be rolled out and what issues remain to be addressed.

A need to invest in early childhood education

Early childhood advocates applaud any increase in access to early education, which many see as critical to closing achievement gaps. Almost half of all California families with a 3 or 4-year-old couldn’t find a slot at a preschool in 2018, according to the Berkeley Early Childhood Think Tank. However, some advocates warn that transitional kindergarten, which targets programs for 4-year-olds, requires more substantial funding in order to provide stability for proper staffing, training and other needs going forward.

“We have the largest achievement gaps in the country and those gaps are present before the children even walk through the door to kindergarten. We need to invest in early education,” said Samantha Tran, who oversees policy and analysis for Children Now, a child advocacy group. “There’s an opportunity here to do something really great for kids but thoughtful implementation really matters.”

However, some of the state’s largest districts, from Los Angeles Unified to Oakland Unified, also allow children who turn 5 later in the school year to attend. These districts, which have their own cutoff rules, have to cover the costs themselves until a child turns 5.

Can my child attend TK if they will turn 5 after Dec. 2?

Some districts offer expanded transitional kindergarten programs that allow children who will turn 5 after Dec. 2 to enroll. The state does not allow districts to receive average daily attendance funding for these children until they turn 5, so districts fund the programs in different ways and have different cutoff dates for when a child must turn 5. Contact your district for details.

In keeping with the Governor’s Master Plan for Early Learning and Care, this expansion of the program will create more equity in early education, experts say. Priority for the grants, as the bill stipulates, will be given to districts serving low-income communities and dual language learners which refers to young children learning English and their family’s language at the same time.

“This is a good first step, a toddler-size step, consistent with the Master Plan,” said Bruce Fuller, professor of education and public policy at the University of California, Berkeley. “It also fits under the governor’s vision of getting more help to the kids who need it.”

“If TK is the path we are going to take, then we need to fully fund it,” said Tran, “not just provide incentive grants.”

This perspective has champions in the legislature. Assembly Bill-22, introduced by Assemblyman Kevin McCarty, D-Sacramento, would pay for the program through Prop. 98, the primary source of funding for K-12 schools. It would roll out the expansion gradually, adding more students by birthdate over eight years, beginning in 2024.

The gift of time

Many teachers believe that transitional kindergarten, which was launched in 2012, is a transformative experience for children. An estimated 100,000 children were enrolled in the program by the 2018-2019 school year, as the Berkeley Early Childhood Think Tank reports.

“It’s hugely important. It’s the gift of time,” said Paula Merrigan, a transitional kindergarten teacher in Castro Valley Unified. “Kindergarten has changed, and it’s more like first grade used to be. The higher standards mean that it’s not developmentally appropriate for younger children. Kindergarten used to be play-based and there’s no longer time for that. We put a lot of pressure on these little people.”

Adding an extra year puts less stress on students, teachers say, and allows educators to carve out more space for play in the classroom, a technique that helps children learn far more effectively.

“What happened to the joy of learning? Are they smiling when they walk out of the classroom or are they in tears because of something they don’t know how to do yet?” said Merrigan. “With TK, you have time to learn through play, which is how young children learn best.”

Some child care providers, however, worry that expanding the program will undermine their businesses, many of which are already struggling to survive during the pandemic, by taking away the 4-year-olds.

“This will create a hardship on child caregivers who currently service 4-year-olds. This decision may further unravel an already fragile child care system,” said Makinya Ward, administrator at Kids Konnect Preschool, which runs centers in San Mateo and Alameda counties. “It’s a slap in the face to those of us who took care of children of essential workers so that the economy could stay afloat.”

Early childhood experts counter that the new TK teaching jobs will be among the best-paid opportunities in the early childhood field and that there will be training pathways for preschool teachers who want to pursue a teaching credential, which is required in the K-12 system. The state has $50 million earmarked for teacher training.

However, some veteran preschool teachers feel their hard-won expertise is not being acknowledged by the vetting process.

“We are getting overlooked,” said Ranjana Subramanian, a preschool teacher at Fremont Unified. “My 15 years of teaching experience doesn’t count. My master’s degree in early childhood development doesn’t count. Now I have to shell out $12,000 to do it all over again and get another credential. What if I can’t afford that?”

How much staff do you need?

Another issue that must be addressed, advocates say, is the teacher to child ratio, especially in a class with younger four-year-olds, who need more help from adults. While the state is forking out $200 million in one-time grants to build the necessary facilities for younger children, it remains unclear how much staff will be available in these classrooms going forward. The average transitional kindergarten class size is about 20 students to one teacher, according to an American Institutes for Research study.

Unless staff levels are high enough to provide the kind of personalized instruction small children need, experts say, some parents may question the efficacy of the program.

“Most people in the early childhood field believe the TK class size is too large — although it varies from school to school,” said Deborah Stipek, an early education expert at Stanford. “I think the number of children that can work depends a lot on the skill of the teacher.”

If these children aren’t ready for kindergarten, some advocates say, then it follows that they also aren’t ready for a high child-to-teacher ratio. To that end, Assembly Bill 22 mandates extra staffing so that there would never be fewer than two adults in a class with 20 kids.

“As you serve younger and younger 4-year-olds, you will need more staff. It’s important to get an aide into these TK classrooms, otherwise parents may prefer a high-quality pre-K,” said Fuller. “The money is going to have to appear at some point. Otherwise, it’s unsustainable.”

Merrigan, meanwhile, is on her own with 25 students. She takes it in stride, but admits there are trade-offs. If she doesn’t have a parent volunteer, for example, then she has to cancel art, which requires a lot of hands-on adult supervision.

“I have to rely on parent volunteers,” she said. “You have to be able to switch up plans at the last minute.”