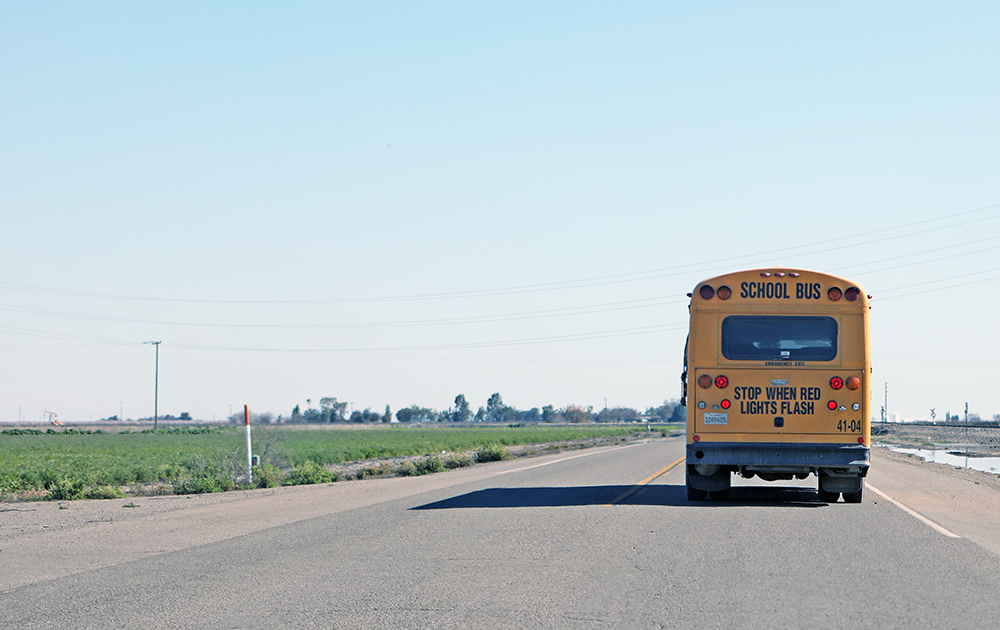 Just weeks after schools reopened for the school year, some rural California campuses are closing temporarily to stop Covid outbreaks from spreading among students and staff.

This week, at least five schools were closed to tamp down high Covid infection rates, with more planning to close next week. Others are waiting to see if the Labor Day weekend will reduce the Covid rates on their campuses, according to Patricia Gunderson, Lassen County superintendent of schools.

This situation is the reverse of what happened last year, when most urban and suburban school campuses were closed and many rural schools remained opened for in-person instruction amid low Covid rates. This year, with Covid rates and teacher shortages worse in rural communities, these schools are struggling to stay open.

Complicating matters more is the requirement that quarantined students no longer have the option of distance learning. Instead, they are required to enroll in independent study, which comes with a list of requirements rural districts are having trouble meeting.

In Shasta County, two schools were closed this week because of high infection rates. Castle Rock Elementary School closed for a week because all 66 of its students were exposed to Covid-19. They will reopen Tuesday, according to the Record Searchlight. Anderson Middle School, which has 326 students, closed for a day because of Covid-related staffing shortages and then reopened, according to Judy Flores, Shasta County superintendent of schools.

In Tuolumne County, Summerville Union High School closed Thursday and Friday, and in Tehama County, Antelope Elementary School closed Monday because of high infection rates among students and teachers. It will reopen next week.

Next week, Lassen Union High School District in Susanville plans to close all three of its schools because more than 100 of its students are being quarantined. Nearby Diamond View Middle School, which also delayed reopening because of the Delta fire, has still been unable to open for the school year because of the high number of infections and quarantines among staff.

Last year, many of these same schools had low Covid rates and remained open when urban and suburban schools were closed. This year it’s the schools in rural communities —with higher Covid rates and lower vaccination rates — that are closing.

“The majority of small school districts were open last year — most face-to-face — and we had very few cases,” said Tim Taylor, executive director of the Small School Districts’ Association. “The variant is the real deal, and I think all of us have underestimated its impact on schools.”

Lassen Union High School District in Susanville opened for the school year Monday after a two-week delay because of the Dixie fire. Already more than 100 students and five staff members had to be quarantined because of Covid exposure or a positive test, said Morgan Nugent, the district’s superintendent and principal.

“The Delta variant is a lot more aggressive,” Nugent said. “We had 300 quarantines last year with zero student-to-student spread. That isn’t the case this year. This is transferring among students a whole lot quicker.”

The school district announced Thursday evening it would close its three schools because of the increasing number of Covid cases. The district serves 800 students, most of whom attend Lassen Union High School.

“Unfortunately, due to the increased rise in the number of Covid cases that we’re seeing across the county and in our schools, we’re going to have to pull the plug,” Nugent said in a Facebook video Thursday night.

Students will return to classes today to pick up books, computers and assigned work, and the campus will remain open to students in special education, as well as to English learners and foster children.

Nugent doesn’t expect to offer the same type of education the district was able to offer last year when schools closed. The state statute that allowed schools to implement distance learning during the pandemic expired in June. This year, the state requires schools to use an independent study model, which requires parents to sign an agreement and for districts to offer daily or weekly interaction with students, depending on their age. Neither is feasible for Lassen Union High School District, which still has students whose families have been evacuated from the Dixie fire burning nearby, Nugent said.

“We need the flexibility that we had last year to go into a distance learning model, instead of having to close the school because we can’t get 900 kids on independent study contracts,” Nugent said.

High infection rates among school staff are keeping neighboring Diamond View Middle School from opening until Tuesday, according to an announcement from the Susanville School District. The school has about 330 students.

“With almost 50% of our staff affected and a severe shortage in available substitutes, we cannot open safely at this time,” it states.

In Lassen County, about 6% of its 3,800 students are being quarantined. The county has the highest Covid infection rates it has ever had and a 30% vaccination rate, Superintendent Gunderson said.

“Everybody is in the same boat and with contact tracing. It’s crazy,” Gunderson said. “We thought we were in pretty good shape to handle it because we handled it last year.”

Gunderson said district officials are pleading with families to keep students home if they are sick. Some students have returned to school with symptoms they attributed to allergies or to the smoke from wildfires, but later found out they were Covid-related.

“We’ve had a couple of cases where kids have been sent here to school,” Nugent said in his video message to families Thursday. “They’ve been sick. And then when we do the test and the kid is positive with it, and then we have to go and take a look at isolating several more family or friends from school because of those situations.”

In Nevada County, several school districts could close schools in the coming weeks if Covid infections don’t decline or districts don’t get help from the state with testing and contact tracing, said Scott Lay, Nevada County superintendent of schools.

“We haven’t closed schools, but we are very close for three districts and for our COE program,” Lay said, referring to the County Office of Education.

The county office has closed six of its 11 moderate to severe special education classes because of staff shortages tied to Covid. Lay has decided to send Chromebooks home to those students and to provide what he calls “independent study distance learning.”

“They may not fund me on it, but we have to do something for our kids,” he said.

Lay also would like the state to give districts the ability to pivot to distance learning, allowing teachers to stream their classroom lessons to students at home.

Nevada Joint Union High School District, which serves 2,686 students, has already been asked to close by the county health department. There were 60 positive Covid cases and 200 students and three teachers in quarantine in the first six days of school. But district officials want to stay open.

“The management team talked, and we decided what happened to kids last year with distance learning and shutdowns was devastating social-emotionally and academically,” Superintendent Brett McFadden said. “Our No. 1 obligation is to stay open and to do that as safely as we can. Any closure will be a matter of last resort.”

The state education code allows either a school board or superintendent to decide whether to close schools, although all superintendents answer to their boards. But, ultimately, it’s the department of public health in each county that has the final say, Lay said.

In order to close Nevada Union High, the district would have to conduct 1,400 one-on-one meetings with parents to sign their children up for independent study, Lay said.

To stay open, the school must be able to test teachers and students who are exposed to Covid-19 because it is difficult for everyone in the rural community to get to central testing centers.

One of the biggest problems for districts is the lack of available tests, Lay said. In Nevada County, some districts have received expired tests or only part of their orders, and others have to wait six to eight weeks for tests to arrive.

School districts also lack the staffing to do contact tracing, which can take 20 minutes per phone call. That can be overwhelming when a staff member has to call all the contacts for a class of 30 students.

“I look at Zoom and people are exhausted right now,” Lay said. “It’s the third week of school, we just finished it, and they are fried. People have been working 14 to 15 hours a day just to keep schools open. Something has to give here.”