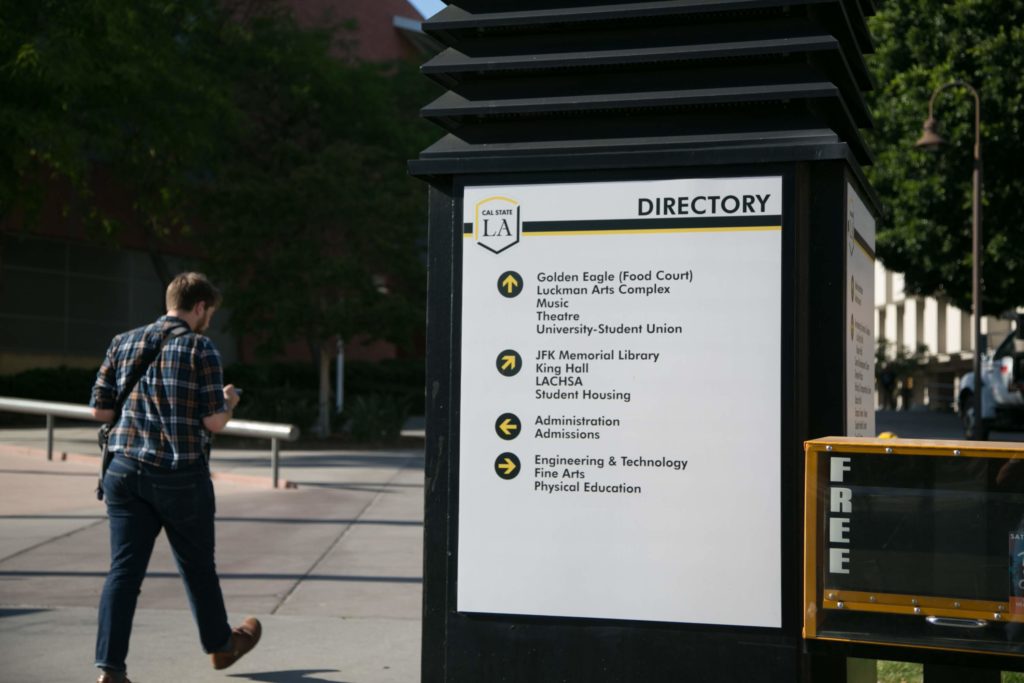 Hundreds of thousands of additional students would be eligible for Cal Grants under AB 1456. 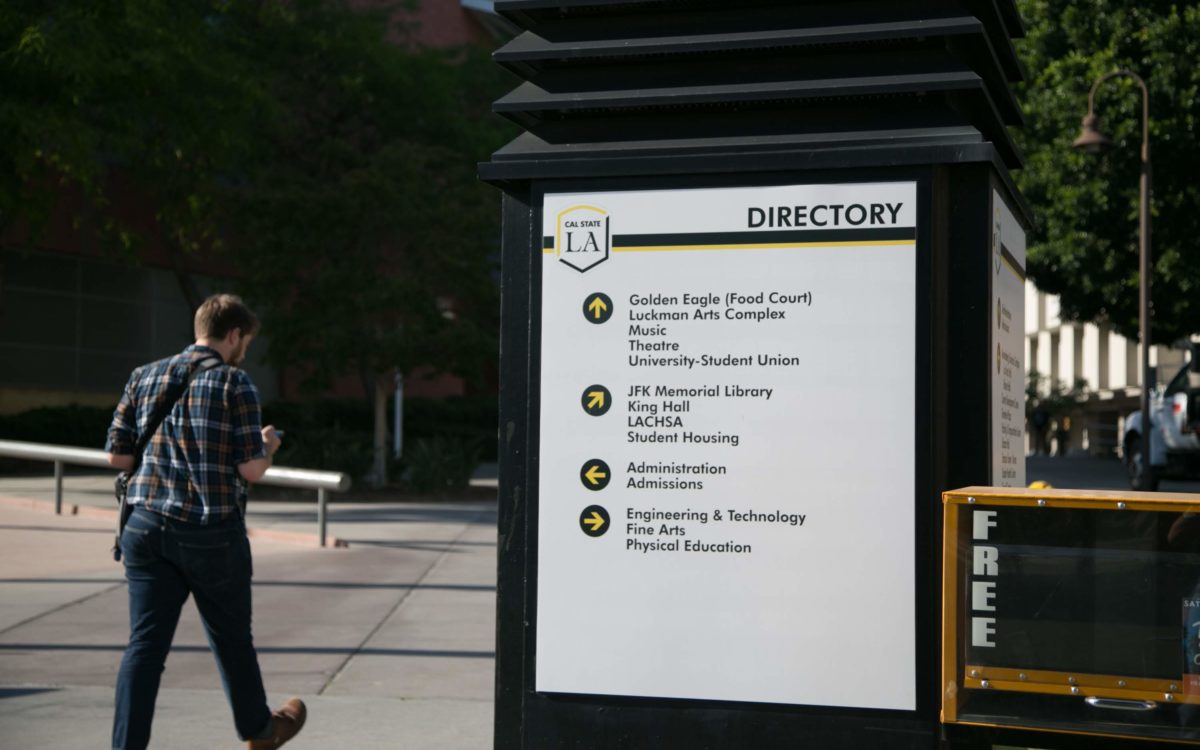 Hundreds of thousands of students attending California’s colleges and universities may soon become newly eligible for financial aid awards if lawmakers have their way with a proposal to reform how the state distributes that aid.

Assembly Bill 1456, new legislation introduced late Friday by the chair of the state Assembly’s higher education committee, would make it easier for low-income students to receive Cal Grants, the main source of state-funded financial aid available to students in California. The bill proposes to change the rules to target more of the state’s neediest students.

Many middle-income students would be ineligible for Cal Grants under the proposal but could still receive the Middle Class Scholarship, which currently covers up to 40% of tuition and fees at University of California and California State University.

“Our goal is to simplify the process and to be more realistic with the needs of today’s students, which are very different from students in the past,” Assemblyman Jose Medina, D-Riverside, chair of the Assembly’s higher education committee and one of the bill’s authors, said in an interview.

Under the current system, low- and middle-income students enrolled at CSU and UC can receive Cal Grants to cover tuition and fees. Many low-income community college students and some students at four-year universities are also eligible to receive additional Cal Grants worth $1,656 to cover non-tuition expenses.

The new bill would target aid by making financial need the main consideration in determining eligibility. Currently, financial need is taken into consideration but students must also be of a certain age and maintain a certain grade point average to be eligible for a Cal Grant. Those requirements would be eliminated or eased under the new proposal.

The California Student Aid Commission estimates that about 279,000 community college students would be eligible for Cal Grants under the latest proposal, up from about 124,000 students who are currently eligible. It would also extend eligibility to about 40,000 additional students attending four-year universities, including CSU and UC, the commission estimates.

Some aspects of the bill could generate opposition. With more students receiving aid, the maximum award amounts may go down.

“That’s a tradeoff that we might be willing to have,” Medina said.

The new bill would also limit UC and CSU students to receiving Cal Grants only for tuition and fees and make them ineligible for Cal Grants covering non-tuition expenses.

By targeting aid to the state’s neediest students, it may also mean that middle-income students would become ineligible for Cal Grants. However, lawmakers expect that those losses would be mitigated because those students would remain eligible for the Middle Class Scholarship, which is available to students with family incomes of up to $184,000.

Cal Grant awards are currently available to low- and middle-income students in California. The average income of Cal Grant recipients in 2019-20 ranged from as low as about $8,000 for some awards to as much as $76,000 for other awards, according to the student aid commission.

Current Cal Grant recipients who become ineligible are likely to get grandfathered in and would be able to keep their awards, lawmakers said. It’s not clear how many students fall into that category.

It’s also not yet clear where Gov. Gavin Newsom stands on the idea. His initial 2021-22 budget proposal calls for increased funding for Cal Grants but doesn’t suggest major changes to how eligibility is determined. Newsom’s proposal included $35 million to expand the number of Cal Grants available to older students.

McCarty said he was encouraged that Newsom offered that much new spending but conceded that it’s too soon to say whether Newsom will support the specifics of their legislation.

“We’ll have to go through the process and work it out, but certainly our goal is to put more money in the financial aid system and reform it and simplify it,” McCarty said of negotiations with Newsom.

Some key details of the new proposal are still to be determined. It’s unclear how much money will be available for the Cal Grant program in upcoming budget cycles. The bill also doesn’t specify when the changes would take effect. Medina and McCarty said they may propose phasing in the changes over multiple years.

Momentum has been building for years in Sacramento toward rethinking how the state distributes aid by targeting awards toward the neediest students and helping them cover rising housing costs and other non-tuition expenses. In February of last year, the student aid commission proposed more than $1 billion in new spending to significantly expand aid available to community college students.

“This is all reflective of the work that’s been moving forward for the past several years to think about how we move to a system that removes eligibility barriers and starts to focus on total cost of attendance,” said Jake Brymner, director of government and external relations for the commission.

Lawmakers, advocacy groups and the student aid commission have criticized current Cal Grant programs as too complex and say too many students with financial need are excluded.

Currently, there are several Cal Grant awards. Cal Grant A helps students pay tuition and fees at four-year colleges. Cal Grant B awards are available to students at any institution and go toward non-tuition costs. Cal Grant C is for students in technical or career education programs.

Cal Grant A and B awards are guaranteed to students who meet GPA, financial need and age requirements, but are not guaranteed to older students.

The Cal Grant 4 would be available to students attending a UC, CSU or a private four-year university. Students at private nonprofit institutions would be eligible for a $9,084 award. For UC and CSU students, the award would cover tuition and fees.

Students at four-year universities would be eligible for their awards if they meet the eligibility requirements for the Pell Grant, the main federal financial aid award available to low-income students. As of last year, Pell Grants were available to students whose families are expected to contribute up to $5,576.

“As many students as can be eligible for these Cal Grant programs, the better,” he said.

The legislation would force all UC and CSU students to rely on their universities to provide them with aid for non-tuition expenses.

Toni Molle, a spokeswoman for CSU’s systemwide chancellor’s office, said in an email that “it is premature for us to comment at this point” on the legislation. Ryan King, a spokesman for the UC president’s office, said UC is still reviewing AB 1456 but added that UC “continues to broadly support the California Student Aid Commission and various legislative proposals to modernize and expand the Cal Grant program.”

Supporters of the bill say it makes sense to shift the burden to CSU and UC to cover non-tuition expenses. They say it would incentivize campuses to make sure students are applying to other available benefits, such as CalFresh, a food assistance program available to low-income individuals in California.

“By moving to a system where we’re removing eligibility barriers for Cal Grants, you also free up significant institutional resources that are currently covering tuition and fees, and can instead be repurposed to help support the basic needs of our most financially vulnerable students,” Brymner said.

Medina, the bill’s author, said he and other lawmakers “are definitely in discussion” with UC and CSU.

“We need their buy-in at the end of the day,” Medina said.