Big district superintendents, Newsom advisers remain at odds on back to school plan 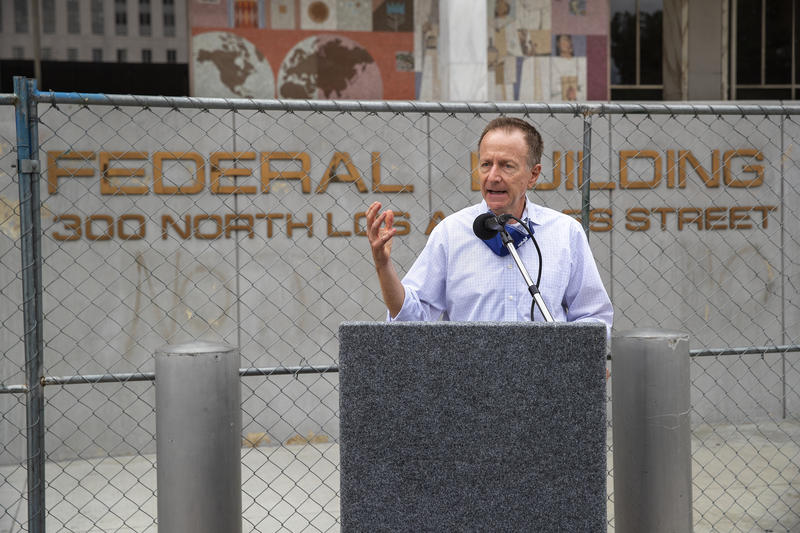 After a meeting Monday with top advisers of Gov. Gavin Newsom’s administration, superintendents of two of the largest school districts in California said nothing had changed: Their districts won’t pursue $2 billion in state funding in return for committing by Feb. 1 to send younger students back to school when Covid infection rates fall.

Reaching an agreement in under three weeks with employee unions on the conditions for a safe return to in-person instruction, Los Angeles Unified Superintendent Austin Beutner said after the meeting, is “not possible.” On Tuesday, the district escalated the dispute, voting unanimously in closed session to sue Newsom over the reopening plan.

During his press conference on the state budget on Jan. 8, Gov. Newsom was asked why he wouldn’t mandate for school districts to return to school instead of encouraging them to do so through financial incentives. Here is the question and his response:

Q: In school districts where that collaboration has not proven to be the reality, and it hasn’t so far in the largest school districts in the city, is there a role for the state to take a heavier hand?

Newsom: We’ve had robust and energetic conversations not only with teachers’ unions, but representative of bargaining units across the spectrum. And we will continue to engage them and support local superintendents in that effort. But one thing I know and forgive me, I know it’s stale, it’s rote, I’ve repeated it on multiple occasions, but I think it’s important to repeat in this context: There’s an old African proverb that says you want to go fast, go alone. But if you want to go far, go together.

I do believe fundamentally that if we’re going to successfully educate our most vulnerable kids, if we’re going to be successful in addressing learning loss, if we’re going to be successful as a state, we have to do it in partnership with. So this notion of imposition, closed fist versus an open hand is a distinction for me that’s important. That distinction is reflected in providing incentives for the kind of behavior we want to see. I haven’t had the opportunity to talk to each and every one of those superintendents (that sent a letter criticizing Newsom’s return-to-school plan). We share the same goal for safe reopening for in-person education. But our approach is not to do top down, and mandate. It’s to have a collaborative framework with real incentives that allow for resource allocation to occur when people are committed to promoting the cause of in person instruction.

“Right now people in Los Angeles are hunkered down,” Beutner said. “We don’t think it’s possible, even appropriate, to have conversations with stakeholders about what school might look like at some hypothetical future date.”

“The fundamental idea that I can incentivize (a return to school) without a clear understanding of safety concerns is the crux of the problem. The issue involves more than just the money,” said Fresno Unified Superintendent Bob Nelson.

Nelson and Beutner were among the seven superintendents of large urban districts who signed a seven-page letter on Jan. 6 sharply criticizing Newsom’s Safe Schools for All strategy for reopening schools. Expressing disappointment that Newsom hadn’t reached out to discuss his proposal ahead of time, they requested a meeting to talk about it. The other superintendents are Cindy Marten, San Diego Unified; Jill Baker, Long Beach Unified; Vince Matthews, San Francisco Unified; Kyla Johnson-Trammell, Oakland Unified; and Jorge Aguilar, Sacramento City Unified.

Beutner and Nelson spoke to EdSource, but other superintendents were not immediately available for comment.

Both Nelson and Beutner said they appreciated the dialogue: one called it “constructive,” the other “productive.” But they walked away with only a commitment to meet again soon — without any agreement to change aspects of the governor’s plan. Newsom and his advisors remain uninterested in the superintendents’ primary request: that the state set uniform safety standards for the return to schools. With statewide standards, contentious negotiations with employee unions, which have resulted in stalemated talks or inconsistent standards among neighboring districts, would shift to the state.

The administration is not willing to issue mandates — no “Thou Shalts” — on this issue Nelson said.

Newsom is encouraging districts to start sending transitional kindergarten through 2nd-grade students to school starting Feb. 15, and third- through sixth-graders back by March 15. His timetable is based on studies showing the youngest children are the least likely to spread or become infected by the virus; they also are the children who have struggled the most with remote learning. First, districts would have to submit a Covid safety plan to their county offices of education by Feb. 1. 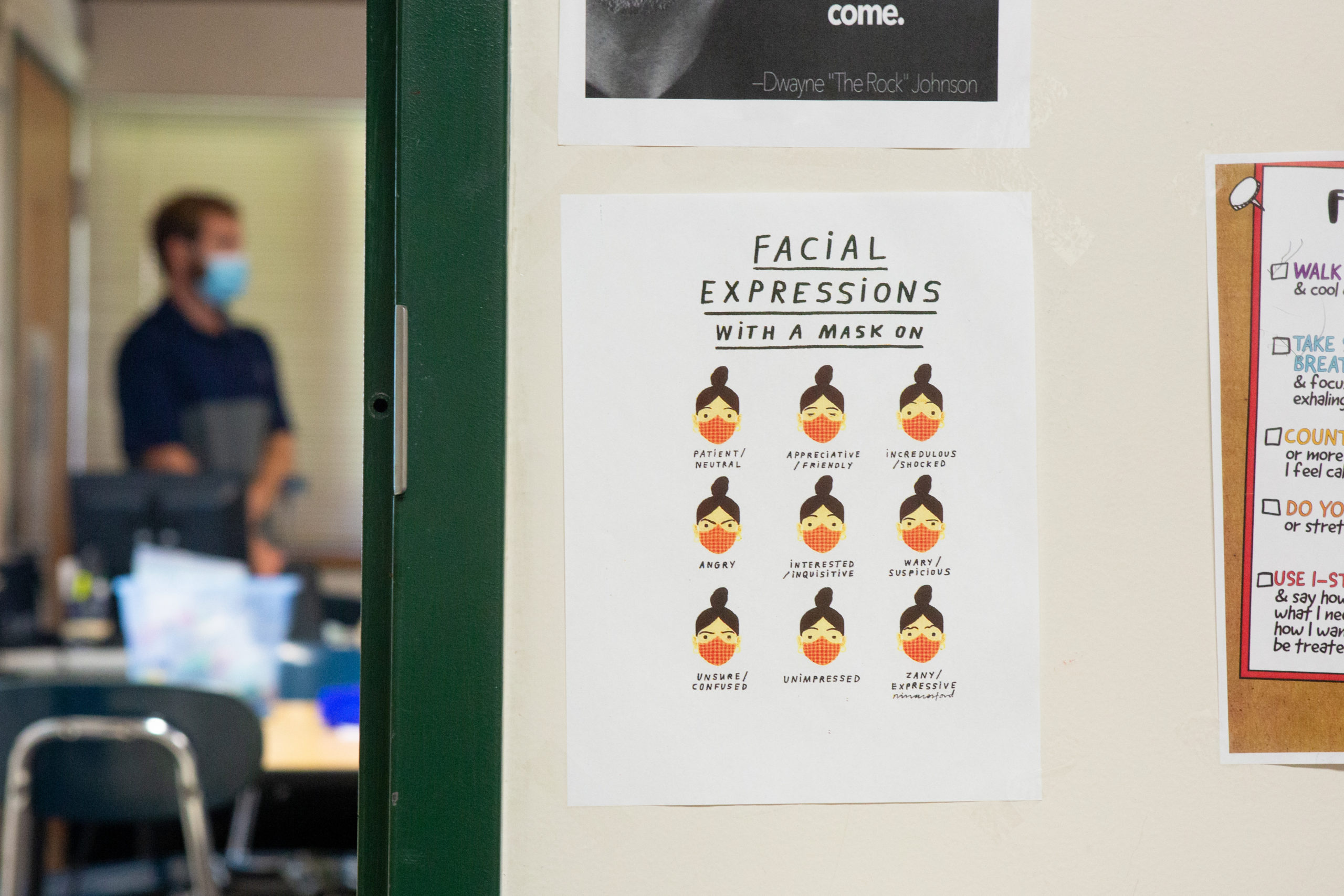 Newsom hasn’t announced a plan for older students. In addition to meeting the timetable, they’d have to agree to a rigorous Covid testing requirement as often as weekly for students and staff. And they’d have to submit a safety and health plan, complying with Cal-OSHA rules, that was negotiated with employee unions.

Right after bringing back the youngest students, districts would bring back in small groups other most struggling students: homeless and foster children, students with disabilities and students with poor internet connections at home.

In return, districts would receive funding — $450 to about $700 per student — for every student, regardless of grade. The urban districts, with a large proportion of low-income students, would receive the upper range of funding.

More funding is among the districts’ demands. They argue that the state should bear the full costs of Covid testing, separately from the money they’re offering to districts. Los Angeles Unified alone estimates it will spend $150 million on testing and so far has been reimbursed for none of it, Beutner said. And there should be more funding for students with disabilities as they return to school.

But the superintendents say the biggest obstacle is the timing: having to negotiate a safety agreement in the midst of the highest death toll from Covid statewide and an uncertain time frame for teacher vaccinations. The seven districts, with among the strongest teacher and staff unions in the state, had spent the fall negotiating when Covid infection rates were far lower than now, with little success, on agreeing what constitutes “safe” and the protocols for returning to classrooms.

On this point, the independent Legislative Analyst’s Office agreed in a budget analysis released on Sunday.

“Given the short time frame and significant steps schools would be required to take, we are concerned the proposal for offering in-person instruction is likely unfeasible and could discourage school district participation,” the LAO wrote.

The report suggested that the Legislature, which will have final say over the $2 billion plan, consider switching the order of the return. Start with small groups of struggling students a month before younger children, to allow working out testing issues, since many districts will have trouble scaling up testing, it said. Dozens of districts had already begun to do so, usually with teachers who volunteered to return, before the latest shut down of nearly all schools for all students.

Disagreement on the purple tier

Under Newsom’s plan, districts would have to agree to send back students once an infection rate in the county dropped to 28 cases per 100,000 residents in the county. That level would place a district at the top of “purple” tier — the most restrictive status under the state’s Covid classification system for reopening schools and businesses, based on infection and ICU usage rates.

Many districts, particularly in rural areas and in wealthier suburban communities with fewer Covid cases, received waivers to open even though they were in the purple tier. Now, to get a piece of the $2 billion, they would have to renegotiate agreements they had reached under more favorable Covid conditions.

The urban superintendents complain tying funding to the 28-case rate is inequitable: In Los Angeles infection rates in Boyle Heights, South Los Angeles and Bell are multiple times that now and may not retreat to 28 for weeks or months. In Fresno, it’s more than double the 28-case rate, denying resources to urban districts that need them most.

If the concern is dealing with the disproportionate impact of Covid on low-income, Black and Latino children, the governor’s plan makes it “proportionately worse,” Nelson said.

The districts’ challenge is that they have been negotiating to phase in reopening campuses once they reach the red or orange tiers, with lower infection rates, which had been the state standard for returning to school. Their unions oppose returning to campuses while in the purple tier.

Raising the minimum infection level for reopening, without explanation, Beutner said, creates confusion. “It changes the foundation on which to build the trust” of employees and families, Beutner said.

School districts shouldn’t be put in the position of deciding Covid health standards, he said. Those decisions, like the requirement for employees to have tuberculosis vaccinations, are for the state to decide.

“A clear and consistent standard will help every school district ultimately open schools,” Beutner said. “Think of Oakland and San Francisco separated by the 10-minute drive across the bridge. So how could you have one set of schools open and the other not solely because local stakeholders decide conditions aren’t right. Whether it’s a board of education, the superintendent, the labor partner, or the community stakeholder that wouldn’t make sense.”