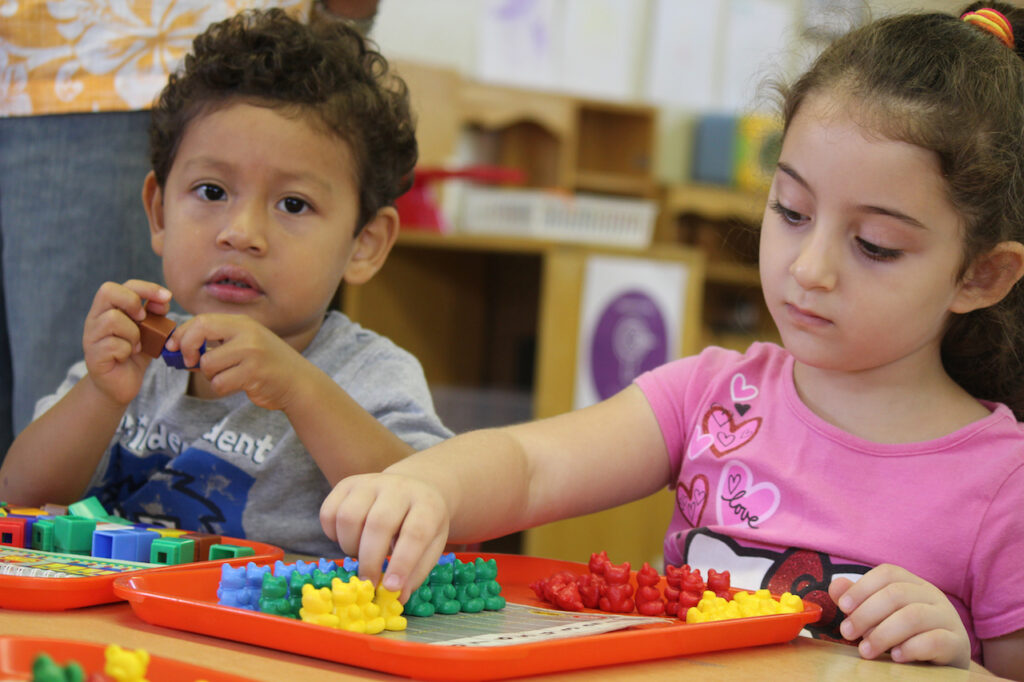 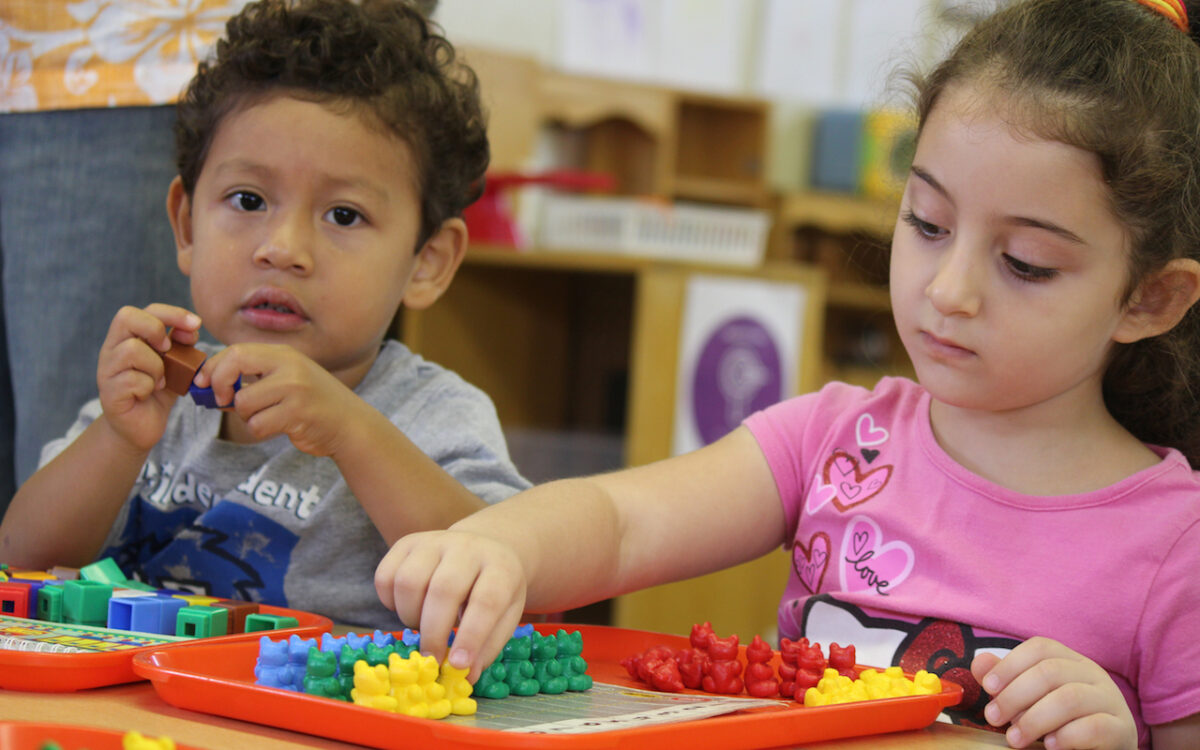 While literacy is often seen as a cornerstone to scholastic achievement, and many parents devote a lot of time and energy into nurturing their small child’s love of reading, studies show that mathematical reasoning ability may be even more crucial as a building block for success in school and beyond. That’s why experts say more attention should be paid to early numeracy in childhood.

When children understand early math concepts before they enter kindergarten, research shows, they perform better on math and reading tests in later years. But many children enter kindergarten already behind in math, at least partly because some parents lack confidence in their own math skills.

“Math, early numeracy, has definitely played a back seat to efforts to support early literacy development,” said Ben Clarke, an associate professor at the University of Oregon and an expert in math instruction. “But the same rationale that led to investments in a preventive framework in early literacy are present in mathematics. The relationship between early and later math is actually stronger than that of early to later literacy.”

Building that bridge is one of the core motivations behind Count Play Explore, a website and app that was developed through the California Early Math Initiative led by the Fresno County Office of Education. An engaging collection of resources for parents and teachers looking for something fun and meaningful to do with young children, this is a digital portal designed to dispel preconceived notions of math as stuffy and dull.

“We’re aware that so many adults have a lot of math anxiety that is unfortunately passed along to children, and it’s preventable,” said Carolyn Pfister, an education administrator for the State Board of Education who helped develop the project. “It’s pretty common for parents to think that math is really the responsibility of the school, but they have more of a hand in ownership in developing their children’s literacy. We believe that can also be leveraged for building math understanding.”

Count Play Explore tries to combat the slow progress in early math skills by making math more accessible with myriad memorable characters who add, subtract and measure their way from the kitchen table to the bus stop:

Meet Cry Daddy, a father who tries to hide his fear of math from his little one before getting over his numerical anxiety and becoming a “mathlete” who coaches other parents on the joys of algebra. There’s also a family going on a Shape Safari hunting for geometric patterns in their suburban neighborhood, and Math Man, a cape-wearing computational superhero with a magic pencil. The project tries to make math less intimidating to those who find the subject off-putting.

“Our goal was to bring in some humor. Humor is how you break down barriers and let people in,” said Les Mayfield III, the filmmaker behind the math videos in the project. “We have an opportunity to turn parents into partners in expanding early math opportunities. Math doesn’t have to be scary.”

A parental antipathy for math may be one reason why the playing field is often uneven when children first come to kindergarten. Some already have a sense of what math means and how it functions in the world while others lack a basic understanding of numbers. That gap only gets harder to close as time goes on, experts say.

“The standards and expectations for math learning in kindergarten have risen, so children who enter kindergarten without some basic math skills could be disadvantaged, and we have a huge achievement gap in math skills,” said Deborah Stipek, former dean of the Graduate School of Education at Stanford University. “There is also evidence that engaging in math is associated with the development of executive functions, such as working memory, that play a role in learning in all subjects as well as social-emotional development.”

Because future math skills must be built on a strong foundation, experts say, it’s never too early to start sparking a love of numbers. If you can make math a puzzle that’s fun to solve long before it’s a matter of cranking through worksheets, the child may be better poised to appreciate the joy of solving math mysteries. The goal is to close the achievement gap before it has a chance to widen.

“Young learners need to be introduced to math concepts in developmentally appropriate ways,” said Gennie Gorback, president of the California Kindergarten Association. “They need opportunities to play with numbers and other mathematical concepts. Adults should make a habit of intentionally discussing developmentally appropriate math concepts every day.”

Fun is key when introducing children to the world of numbers, experts say. Small children may enjoy counting blocks while older kids can practice doubling or halving recipe ingredients. Gorback also suggests counting aloud and playing board games to make math a part of everyday life. You can also put out a bowl of favorite snacks (think Cheerios or Goldfish crackers) and have the child roll the dice and then put that number of treats onto their plate.

Keep it simple, experts say. Most of the videos in Count Play Explore take less than two minutes, and the brevity is by design.

“We wanted to make math fun and keep it short. Parents are busy. You have to work into their schedule,” Mayfield said. “Don’t think of it as homework. Think of it as bite-sized fun.”

Early exposure to key concepts has proved effective in math studies. Clarke conducted a study of kindergartners in which some students received extra math instruction designed to help them understand the basics of whole numbers, while others got a more traditional math curriculum, which focuses on topics such as addition and subtraction. The students who got extra attention did better on math tests than their peers and the kids who benefited the most were the ones who started out with the lowest math skills. Building confidence is a crucial part of the lesson.

“The critical piece is making sure they are well-supported and successful — that breeds the confidence to continue to engage and learn mathematics,” Clarke said. “The greater your degree of math risk (i.e. lower initial skill), the greater the impact.”

A facility for math isn’t just something you are born with, experts say. Instead, mathematical thinking is a muscle that can be strengthened until it’s well-developed enough to solve the most complex problem.

“What we really need is a growth mindset, the message that anybody can do it,” Pfister said. “It may take some productive struggle, but it’s worth it.”