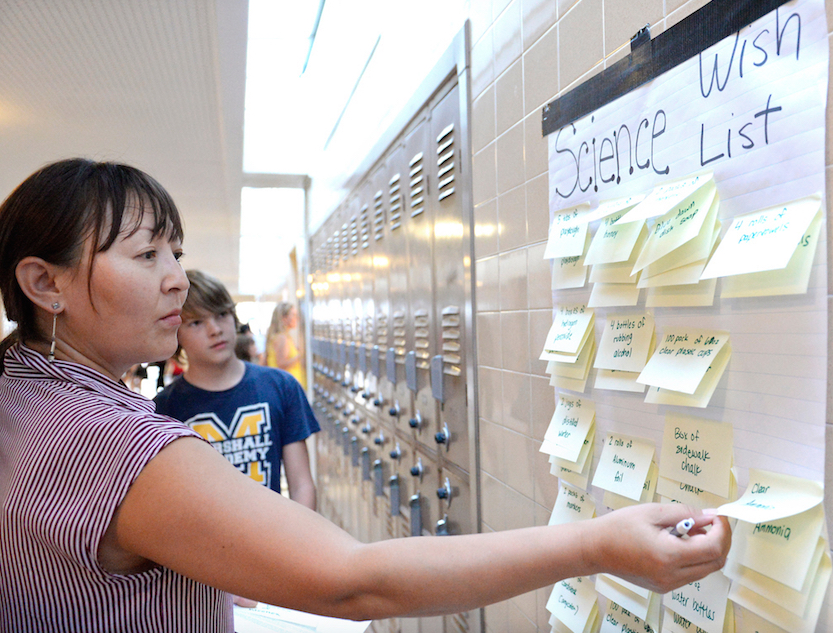 After year of planning, key recommendations will go to Legislature in mid-December.

Organizers of an ambitious “cradle to career” education data system for California are preparing to wrap up an intensive year-long effort and send key recommendations for its design to Gov. Gavin Newsom and the Legislature for the next phase of its development — one that could take another five years and millions more dollars to complete.

But some backers worry that the state’s pandemic-induced budget woes might slow, or even derail, the launch of the longitudinal data system championed by Newsom. Among other things, the system would give educators, policymakers, researchers and the public significantly more knowledge about what programs and initiatives have the most success in getting children through school, into college and eventually into the workplace.

Since the beginning of the year, dozens of education and data experts have been meeting, mostly remotely because of the pandemic, to design the system long sought by advocates and researchers. Created by 2019 legislation (AB 75), it would combine information from California’s K-12 schools, colleges and universities, employers and social services into a massive database.

The legislation allocated $10 million to this first phase of getting the database off the ground, as recommended by Newsom, but it will cost an as-yet-undetermined amount to cover the costs of developing and launching it. The process has been coordinated by WestEd, a nonprofit research and policy consulting firm, under a state contract.

What those backing the system could not have anticipated is the evisceration of the state’s budget by the coronavirus, and the doubts it has raised about what level of support it, and almost every other discretionary state initiative, could expect in the future

“I am worried,” said Heather Hough, executive director of Policy Analysis for California Education, or PACE, a collaborative research and policy organization based at Stanford and several other universities. “My big concern is this data set is a very long-term investment. Not funding it and killing it would be an incredibly short-sighted decision.”

For years, despite pressure from the Legislature, Gov. Jerry Brown repeatedly refused to dedicate funding to an effort he feared would force education institutions to expend a lot of bureaucratic effort gathering data that would end up not being especially useful. California’s community colleges, the University of California, the California State University and the state’s K-12 schools already have comprehensive data systems, but a major problem is that they are not linked to each other.

The new data system will be designed to answer multiple questions that researchers or the public could pose, such as: What are college graduates earning in the workforce? Do enough college students have access to financial aid? How are students from a range of racial and ethnic backgrounds succeeding?

But with the initiative’s funding for the planning stage ending at the end of this fiscal year, and with the state’s budget hurting, it might be a tough sell for advocates who plan to ask legislators for millions of more dollars to build the database. Designers are trying to use existing technology when possible to keep costs down, said Joy Bonaguro, the state’s chief data officer, who is helping to create the system.

One thing going for the data system is that Gov. Newsom has been a vocal proponent, and it appears likely he will include the project in his proposed January budget for the next fiscal year. His office declined to comment for this article. But Ben Chida, Newsom’s chief deputy cabinet secretary, has told Cradle-to-Career planners at public meetings that the governor remains committed to the project.

Amid the ongoing uncertainties about next year’s budget, key lawmakers gave mixed responses, or none at all, to what might happen to the data system in the next budget cycle.

The office of Sen. Connie Leyva, D-Chino, who chairs the Senate Education Committee, did not respond to requests for comment, while Assemblyman Kevin McCarty, D-Sacramento, who chairs the Budget Subcommittee on Education Finance, said he supports ongoing state funding.

“Continued funding for the longitudinal data system is needed for California,” he said. “We have been flying blind for decades about what CA policies truly set students up for success in life. We are overdue in leveraging the data we have, so that policymakers can respond effectively.”

While California’s economy is improving, although at a slow pace, it continues to lag well behind pre-pandemic levels, according to an October report from the nonpartisan Legislative Analyst’s Office. “The larger the project is, the harder it will be to get funding” in 2021, said Kenneth Kapphahn, an analyst in the office who added that the Cradle-to-Career project is in that position. “It’s a tough year for every project. It is a tough year to launch new initiatives.”

The state’s financial realities have been painful for the project’s architects, who pushed for years for such a system before finding Newsom’s friendly ear. The group had assumed it would get the green light from the state to begin the five-year task of building the system it had planned. And then Covid-19 came along.

“It’s hard to imagine the state will have enough money to implement new things like a data system,” said Carrie Hahnel, a researcher who studies education data and finance, and a fellow at the Opportunity Institute, a Berkeley-based policy and research institute.

Planners say the state should have created a longitudinal educational data system years ago that tracks children from preschool into the workplace years ago. Dozens of other states have one, they say, and California would have been in a much better position to help students through the pandemic and other disasters with the ability to track academic progress as educators worry whether students are learning remotely.

“I hope people are understanding what not having data right now means,” said PACE’s Hough. Educators and policymakers have no way to tie together scattered information on attendance, test scores, discipline or language proficiency from the 2019-20 school year, she said, and aren’t sure they’ll get them from this year either. “We’re completely blind and can’t answer any of these questions about what’s going on during the pandemic.

Some were even blunter about the state’s shortcomings.

“It’s been an embarrassment to our state that we’re one of the last handful that don’t have a system like this,” said Rigel Massaro, who was just appointed by Gov. Newsom to be deputy policy director for the Office of Planning and Research at the State Board of Education. She was previously with the civil rights law firm Public Advocates. “In terms of return on investment, this seems like a no-brainer.”

School districts and the state have information on K-12 students. The University of California, California State University and community colleges have data on their own students, and a higher education database has combined some of that data.

But each of these public institutions has fallen short communicating with other public agencies, which means policies that affect more than one of them are sometimes made with a dearth of information.

“We are very data-informed. We are not very data-driven,” said Jenni Abbott, a dean at Modesto Junior College who has helped plan the Cradle-to-Career system. “We use data when we need a good quote for a presentation. It has to be more than that.”

For example, Abbott noted that veterinary technician courses are popular at Modesto, but wages are low in that industry. A good Cradle-to-Career system should do a better job of informing students about that data, she said, as well as help students and families with a host of other education and career choices.

The new system will include a series of publicly accessible dashboards where Californians will be able to look up a range of data on schools and related areas, allowing them to make more educated decisions on which classes they need to get into the college of their choice and which colleges do a good job of graduating students. Information in those dashboards will be anonymized to protect privacy. Californians also will be able to access their school transcripts online, a task that has proven particularly difficult since the pandemic started.

“Instead of people in full PPE handing out transcripts, students could have gotten them online with this system,” said Kathy Booth, the WestEd project director who is coordinating the Cradle-to-Career effort.

Advocates hope the system also will include social services data that could, for example, help schools determine who is eligible for free and reduced lunches and colleges determine scholarship eligibility.

The key to making the data system happen will be convincing the Legislature that its investment will pay dividends for taxpayers, said Samantha Tran, a senior managing director with the advocacy organization Children Now, which has helped plan the data system. It won’t just be a dense collection of numbers, she said.

“It’s one thing for it to be esoteric,” she said. “But when individuals can use it to make informed decisions, that’s really exciting.”

Matt Krupnick, who lives in Los Angeles, is a freelance journalist whose work has appeared in The New York Times, The Washington Post, Guardian US, The Atlantic and other publications.